Doctor Strange is the Sorcerer Supreme… or at least he was. But when he loses his title to an Asgardian, Loki, the Sorcerer Supreme, his greatest secret just might be exposed. But to truly understand what is about to be revealed, we have to understand how these powerful magic-users got here. (To learn more about how Loki usurped the title, check out our Thorsday focus on Loki: Sorcerer Supreme.)

In The Last Days of Magic story arc, an army of multi-dimensional robots called The Empirikul drained nearly all the magic from Earth-616 (the main Marvel Universe). Most magic users were completely incapable of using their powers to their full potential, unless their magic was tied to an artifact or another entity.

Once Loki becomes the Sorcerer Supreme, Stephen Strange begins working as a veterinarian. He also happens to be teaching dogs to speak — but no that’s not his secret. Loki is after Strange’s greatest hidden magic of all: a powerful spell called The Exile of Singhsoon.

The spell is told to have the power to tether, ensnare, and centralize all the power of magic in the world. That is to say, whoever casts the spell would be able to gather all of the magic from every single magic user, artifact, and entity within the realm, and have it all to themselves. It would give that one magic user the ability to do anything they could imagine.

Most sorcerers believe the spell to be a complete myth. Just a legend or tale, propagated by liars and trickster gods like Loki himself. They don’t believe in such a power because if such a power did exist, it would have already been found or discovered. And no one believes that a spell of that power could ever go unused. They feel that anyone who had the ability to locate it would be looking only for power, and that person wouldn’t have the self-control or willpower not to use it.

But that’s not true.

Stephen Strange and the Singhsoon Spell

But how do you hide a spell so powerful? Wouldn’t it stand out? Would it be impossible to conceal it? Apparently, that’s not the case when you intertwine the magic of the Exile of Singhsoon with a soul. And that’s exactly what Stephen Strange had been doing. And why? Because no matter how great the threat, the fact that it was a part of his loved ones’ soul would make it almost impossible for him to use.

It’s incredibly difficult to remove a spell from a soul. Strange compares it to a magical surgery, where you need the utmost precision, because if it goes wrong even in the slightest way, the soul can be torn apart and eternally destroyed. This fate is far more than Strange would ever want, and he would not risk it. 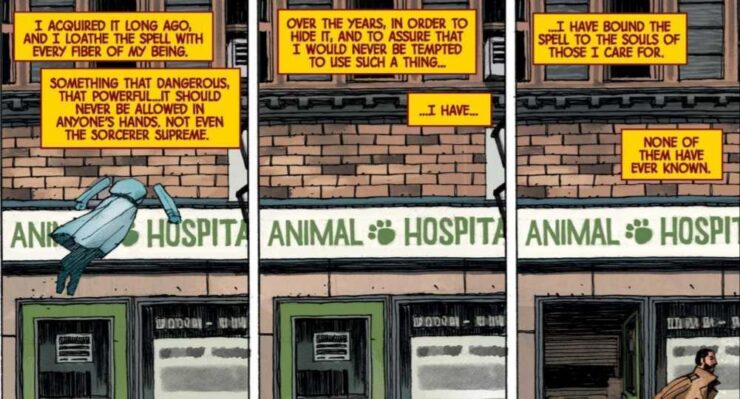 But the absolute most sinister aspect of his secret is that he didn’t tell anyone. He would tie the most dangerous and powerful spell in all of existence to the very essence of his most beloved and trusted souls, and not tell them anything. They did not know or accept the risk that he put onto them. They had no concept of how dangerous his procedure was, nor what he would do in a life or death situation.

It put his loved ones in harm’s way. It is a selfish means of self-control and a selfish way to keep humanity safe from the spell. On top of being one of his biggest secrets, it also shows his personal inability to handle the responsibility of the spell.

The Secret Gets Out

But eventually Loki realized where the Exile of Singhsoon was located. And as soon as he found it, he extracted it from the soul of Doctor Strange’s assistant and apprentice, Zelma Stanton. Strange was horrified that Loki would carelessly destroy her soul and claim all the power for himself. 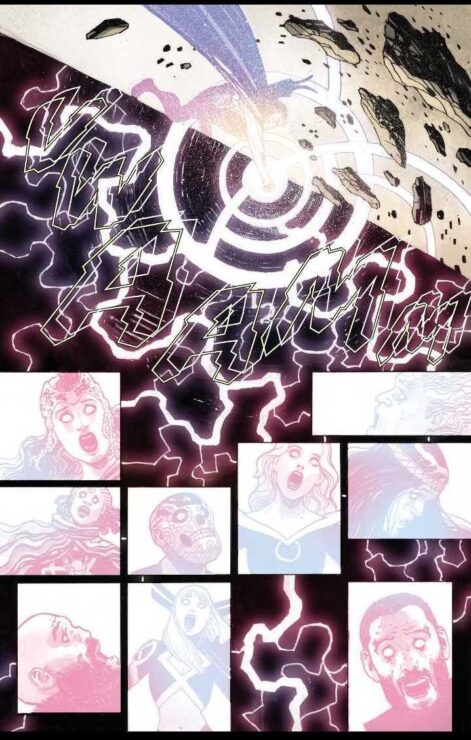 But instead, Loki the Sorcerer Supreme expertly and safely removes the spell from Zelma’s soul and uses it. Loki gathers all of the world’s magic, then dispels it just as it was the way before the drain by the Empirikul. He returns full, unmitigated magic to Doctor Strange, Magik, Scarlet Witch, and more.

And just like that, Doctor Strange’s greatest secret was revealed and dispelled. But he’d have to deal with the fallout from it for much longer, and Loki warned this was not a permanent fix to preserve the magic of the Marvel Universe.

There’s no telling what other secrets Doctor Strange has up his sleeve, but that’s why we have to keep reading!

What’s your favorite Doctor Strange moment? Let us know in the comments, and don’t forget to Let Your Geek Sideshow!

Deadpool 3 Confirmed In the MCU, Black Panther 2 Update, and more!