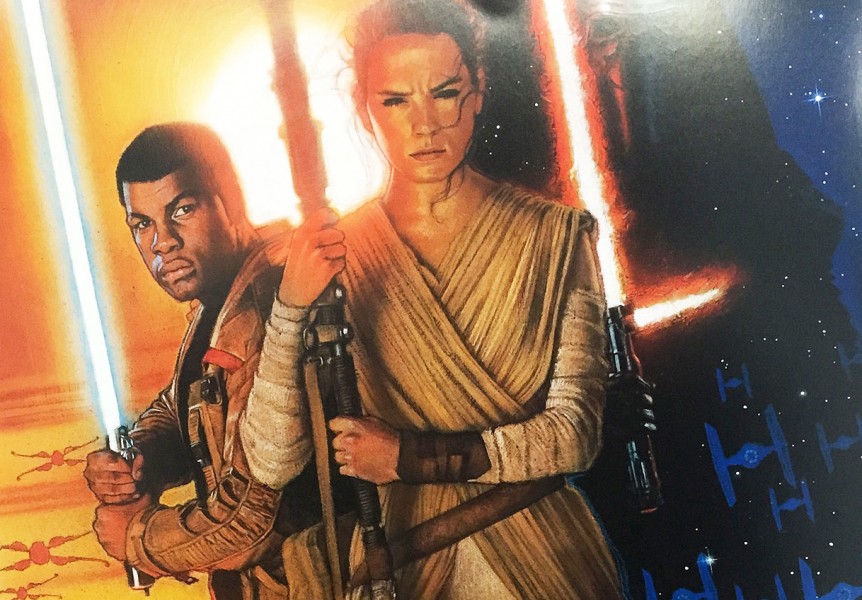 After new Star Wars: The Force Awakens poster art from legendary film illustrator Drew Struzan was unveiled at Disney’s D23 Expo, Movie-Weekly caught up with the Star Wars veteran for an interview about his work and impressions of the new film. Spoiler alert: He loves it.

As it turns out, not only has Struzan read the script, but he’s seen the movie (okay, half of it). When Struzan was asked about the events surrounding his involvement with the project, he shared:

“We get together and meet and [J.J Abrams] says we’re using all the original people – John Williams, Kasdan, Harrison Ford’s in it, everybody’s in it and everybody’s writing and making the music and we have to have your art to make it the real thing. So, of course, I’ve got to do it for George and I’ve got to do it for Star Wars. I’ve never worked with J.J before and so we started working on it and he showed me like half the movie and it was just… a wonderful film and I know it’s going to be grand. I got to read the script and subsequently I’ve seen half of it and I can tell you and the fans this, Honest to god, it is far and away probably going to be THE BEST Star Wars you’ve ever seen.”

He goes on to talk about his endeavor to capture the spirit of the Star Wars and its most compelling themes for a new generation.

“That is the story of humanity, is it not? That it’s our choice. Which side we’re going to choose to be on and the battle that goes on between the two. I think what’s lovely about literature, art and Star Wars is that the good prevails by being good. Good is always stronger than the bad and that’s what makes it a beautifully universal theme and I’ve got to show that’s still our Star Wars.”

Some mighty encouraging words, for sure. So what do you think – does The Force Awakens look like it could be the best Star Wars ever?

Be sure to check out all of our cool new Star Wars figures and collectible items!