“I serve this realm. I serve Death. And I will do so with every last trace of spirit I retain.”

Based on an all-original character design, Sideshow is proud to introduce Demithyle, Exalted Reaper General from our Court of the Dead collection. 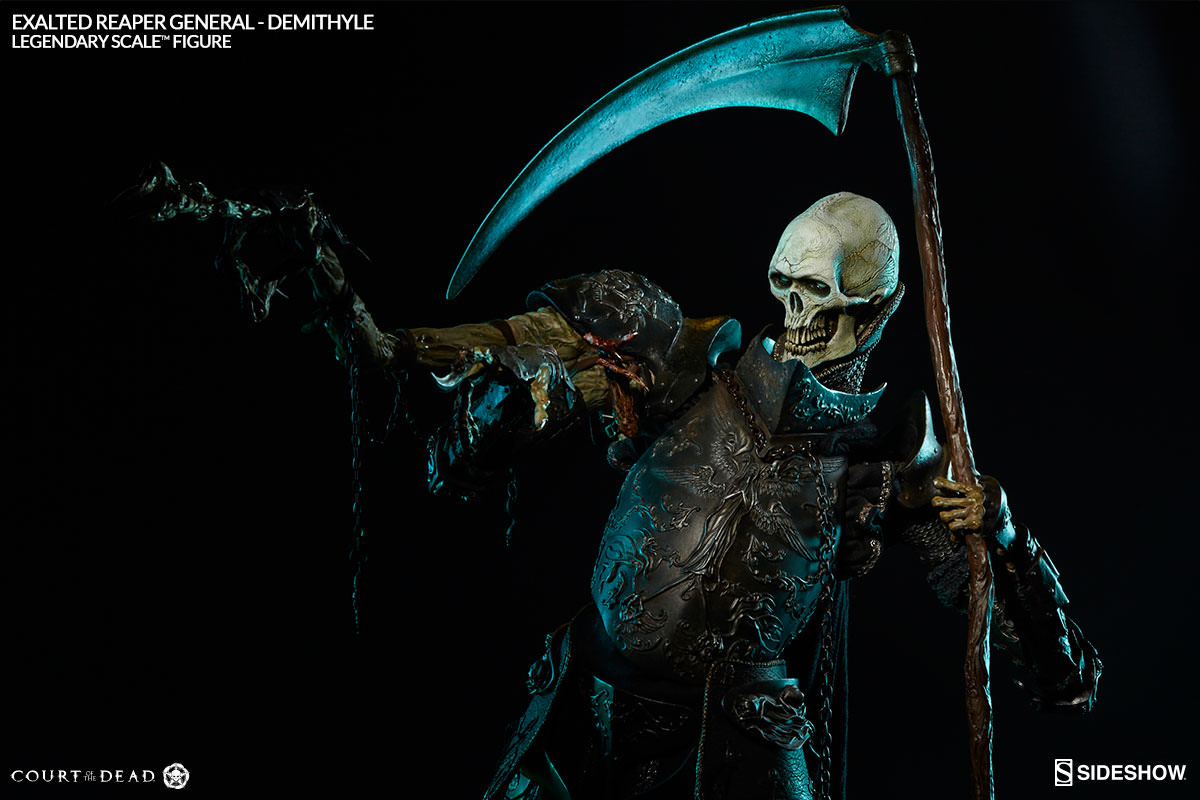 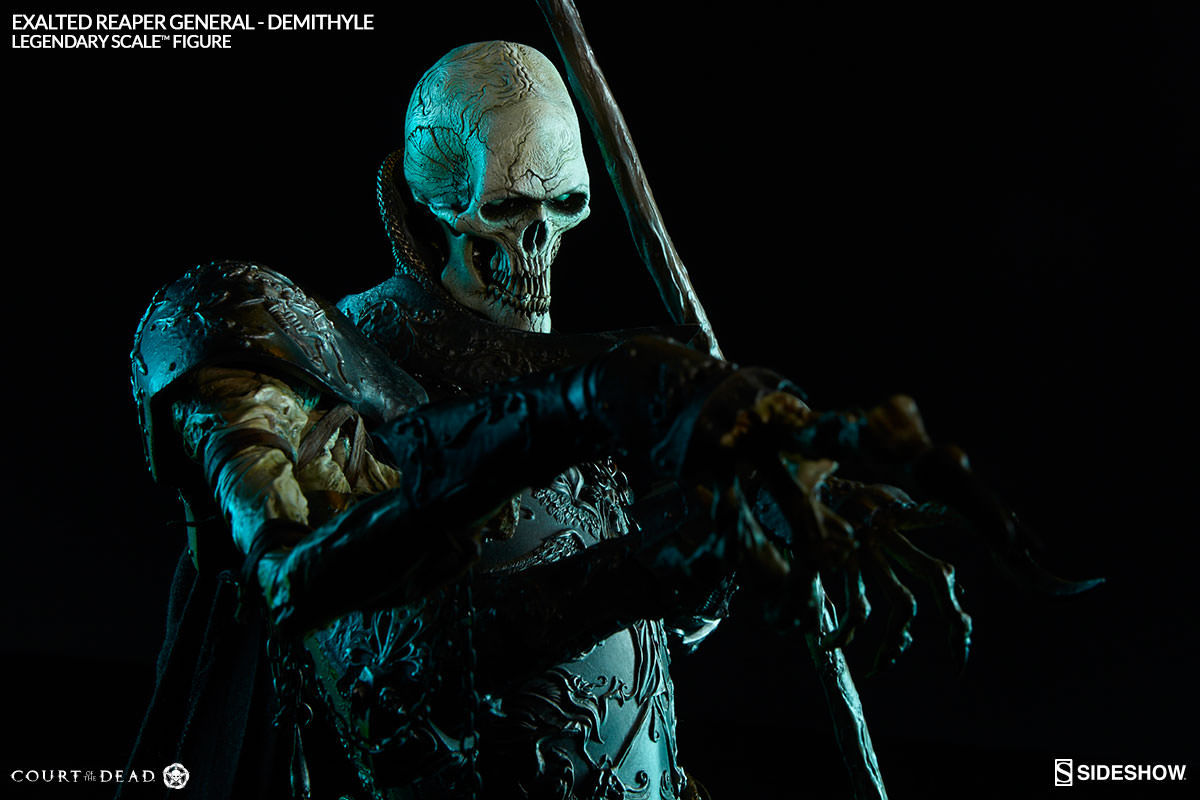 Adorned with intricately embellished armor worthy of his well-earned rank, Demithyle rallies his forces in defense of the Underworld. The ancient, storied warrior and administrator of the Dark Deed carries his magnificent scythe with a heavy sense of duty and compassion. 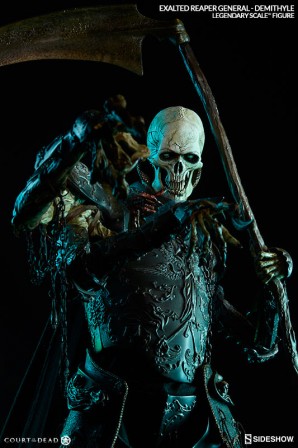 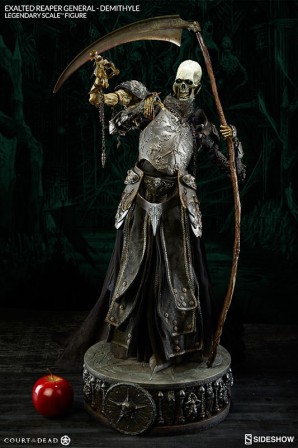 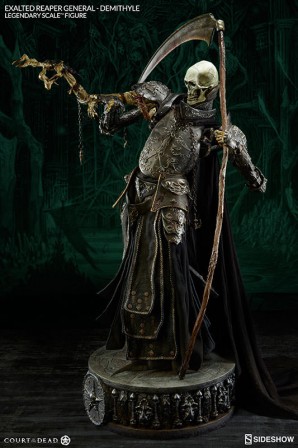 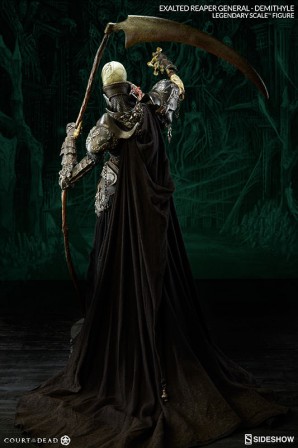 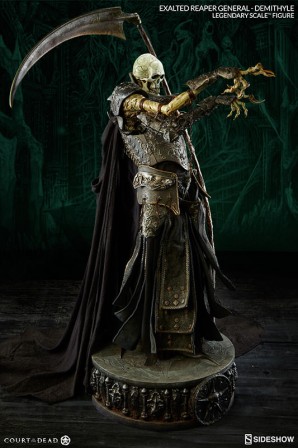 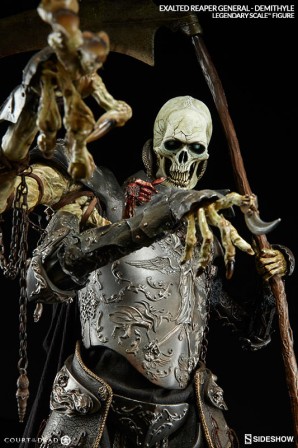 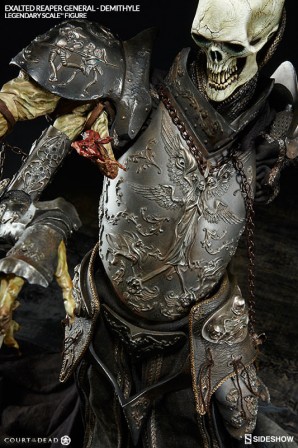 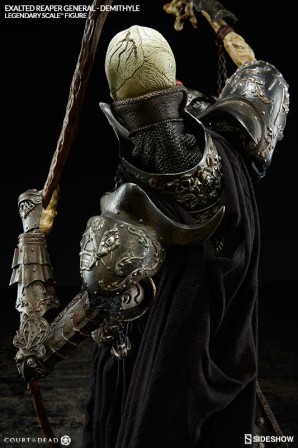 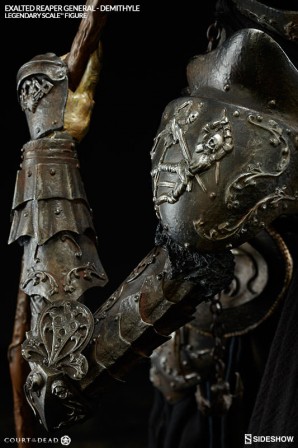 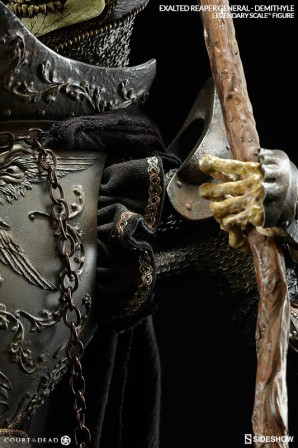 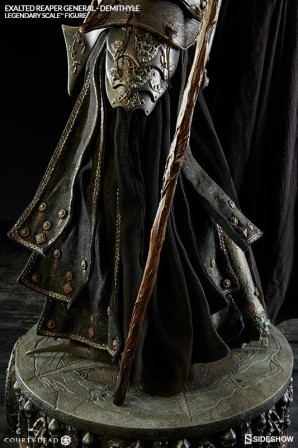 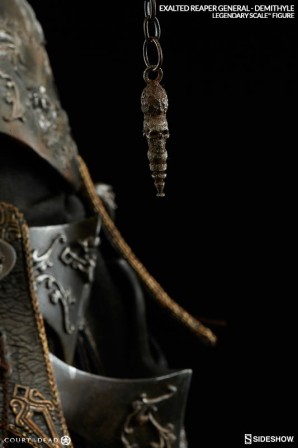 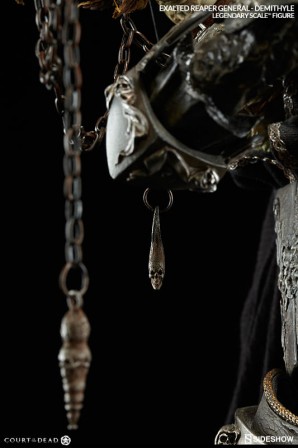 Towering 34” over a base that celebrates his allegiance with the Faction of Bone, Death’s most loyal and distinguished General commands an impressive display. 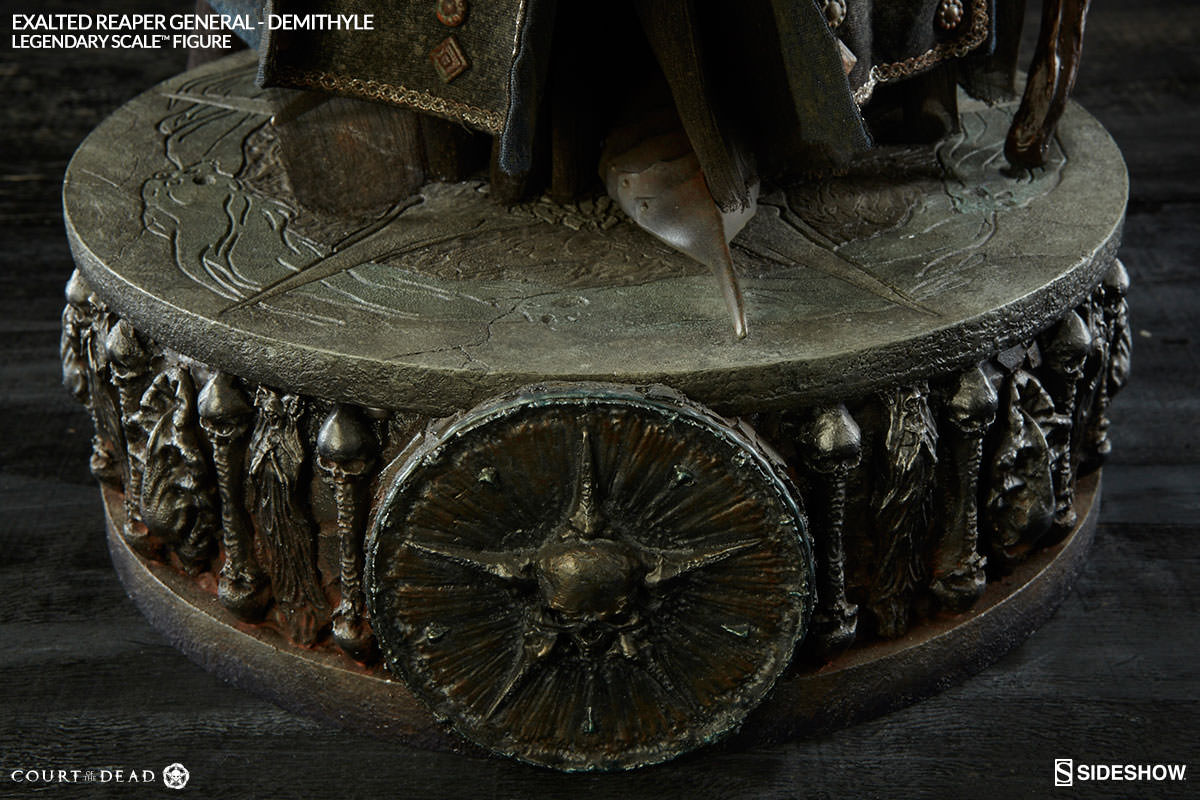 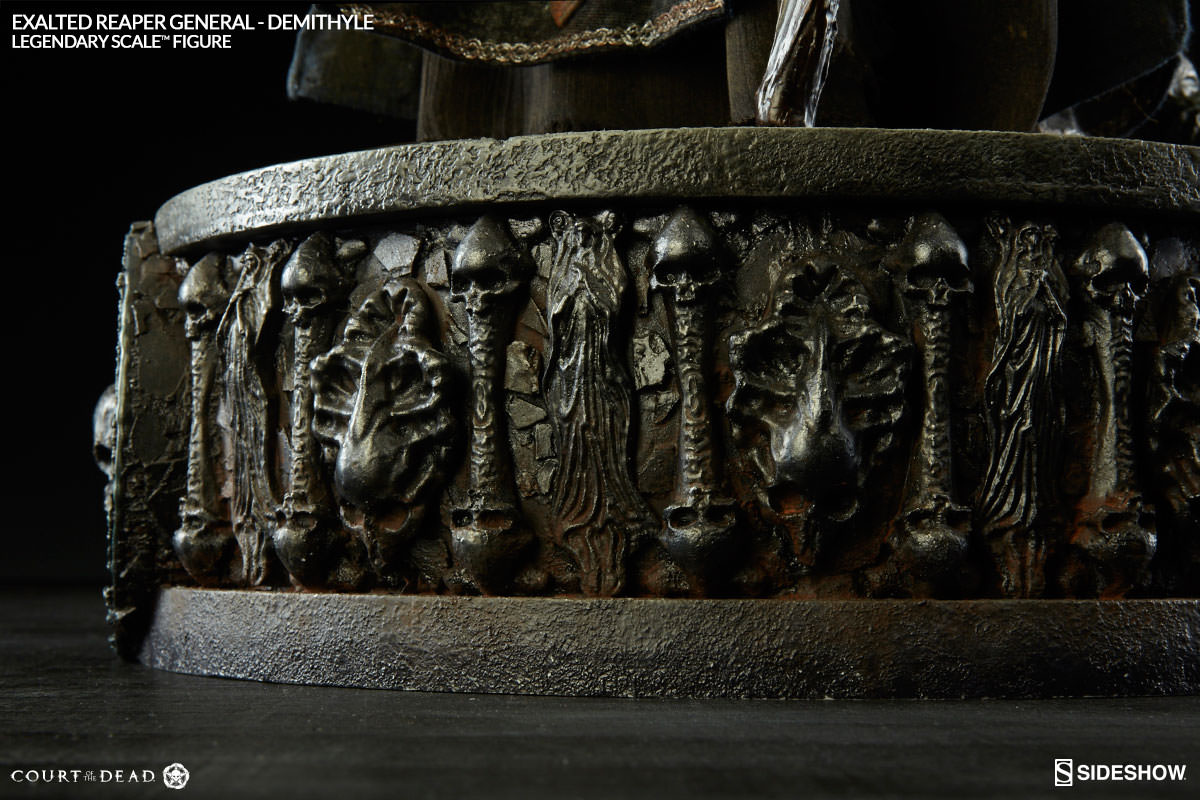 Discover more about Demithyle and his role in the Underworld on the official Court of the Dead website.

The Exalted Reaper General will also be prominently featured in our upcoming Court of the Dead ‘Chronicle of the Underworld‘ book, as well as a brand new Heavy Metal comic book series debuting next year.