Thanks to Hot Toys, Star Wars fans and collectors were treated to a couple of awesome first looks at many of the new First Order trooper designs. But now, via Wired.co.uk, costume designer Michael Kaplan gives us a peek inside the dressing room with some amazing close-ups of the real thing in this spectacular photo gallery. 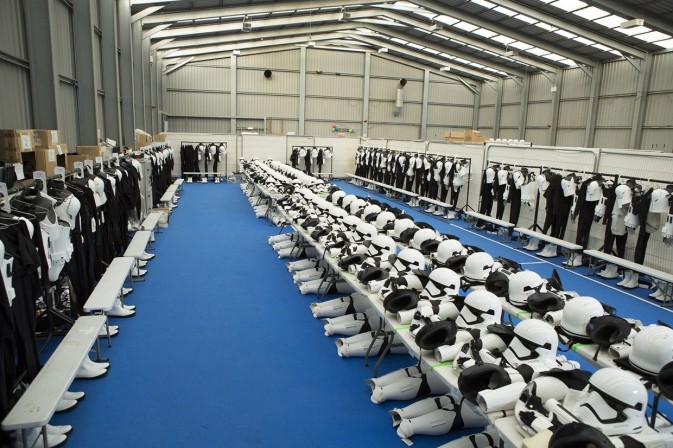 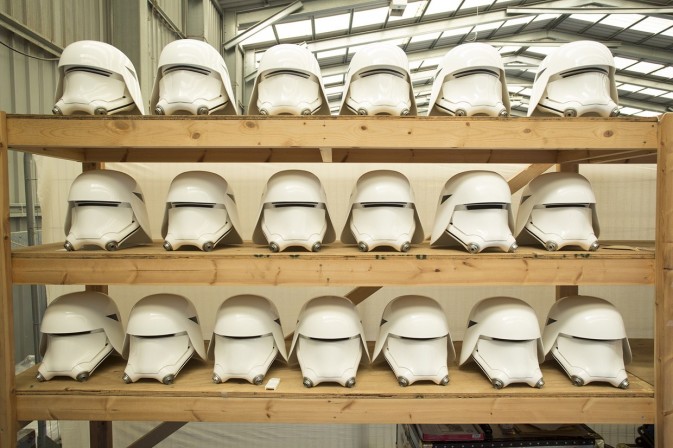 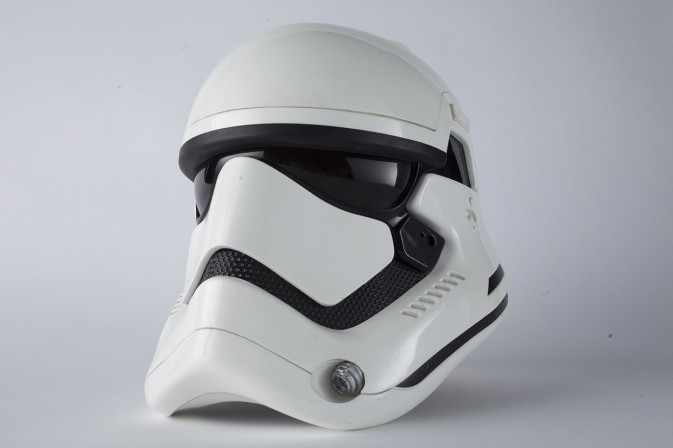 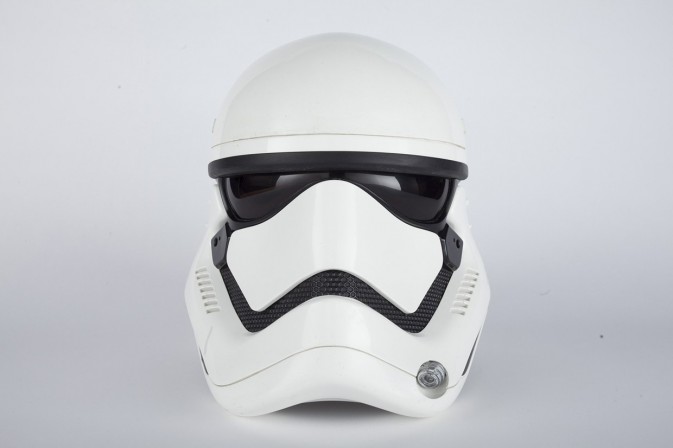 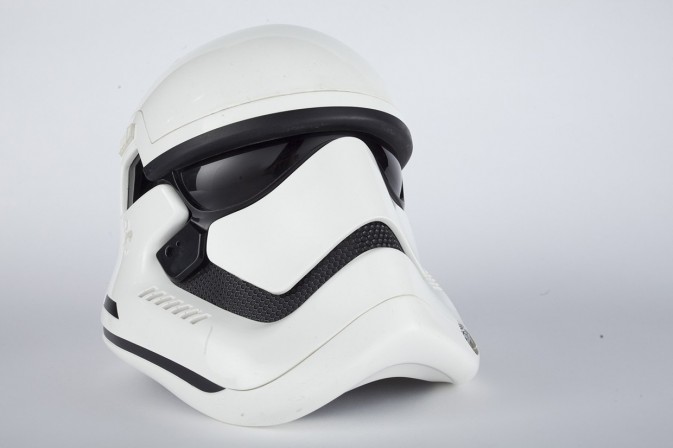 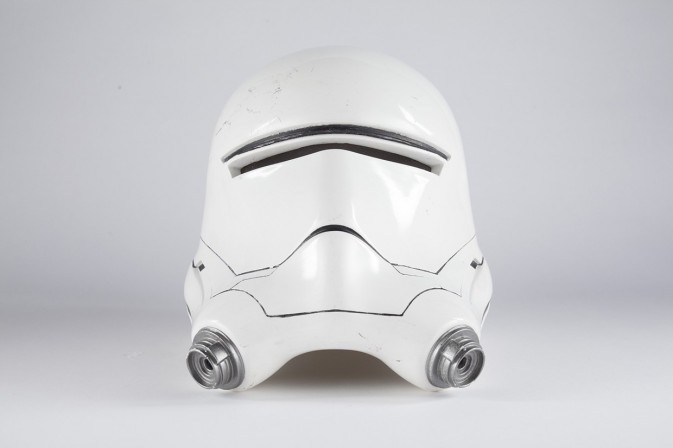 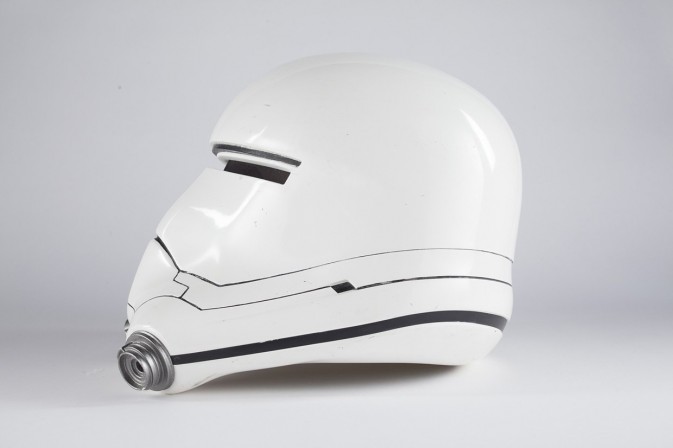 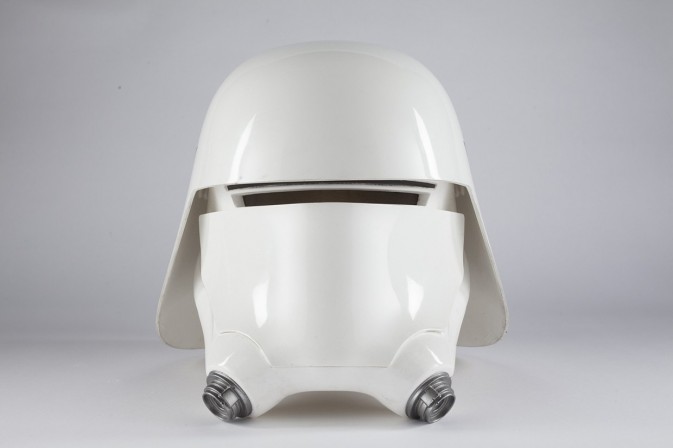 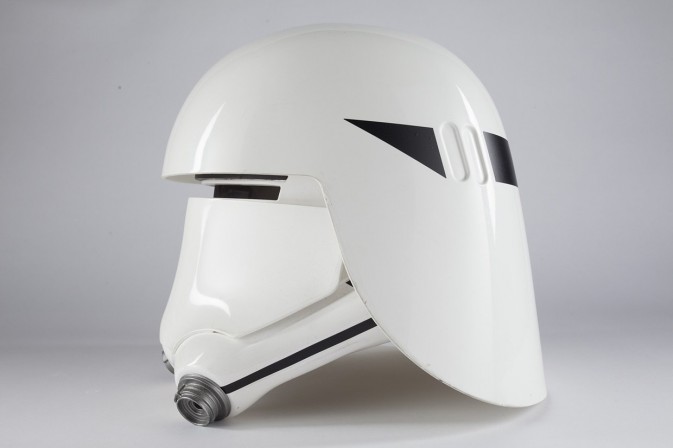 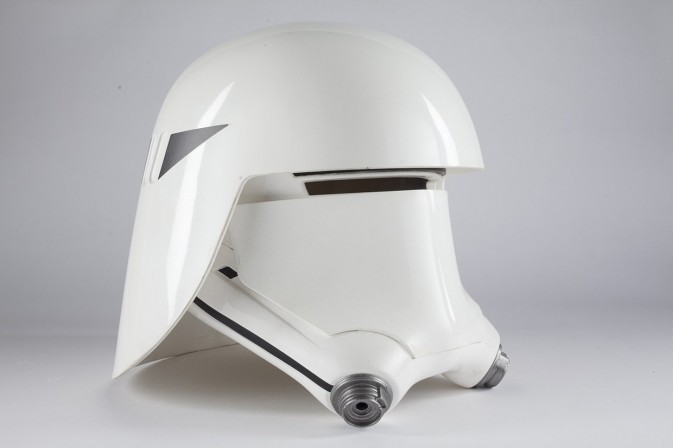 Tasked with retaining the spirit of the original films yet showing the passing of three decades in both fictional and real world technology, it was a huge challenge for Kaplan bring new feel to the iconic Star Wars troopers and his primary source of inspiration should come as no surprise.

“With time, I think, simplification occurs,” says Kaplan.”Because the stormtroopers are hard and white and plasticky, my thoughts did go to Apple.”

As for the shiny chrome armor of Captain Phasma, one of the most talked about costumes from the new film (to be donned by actress Gwendoline Christie), it started as just a whim of Kaplan and was never intended to actually be used. 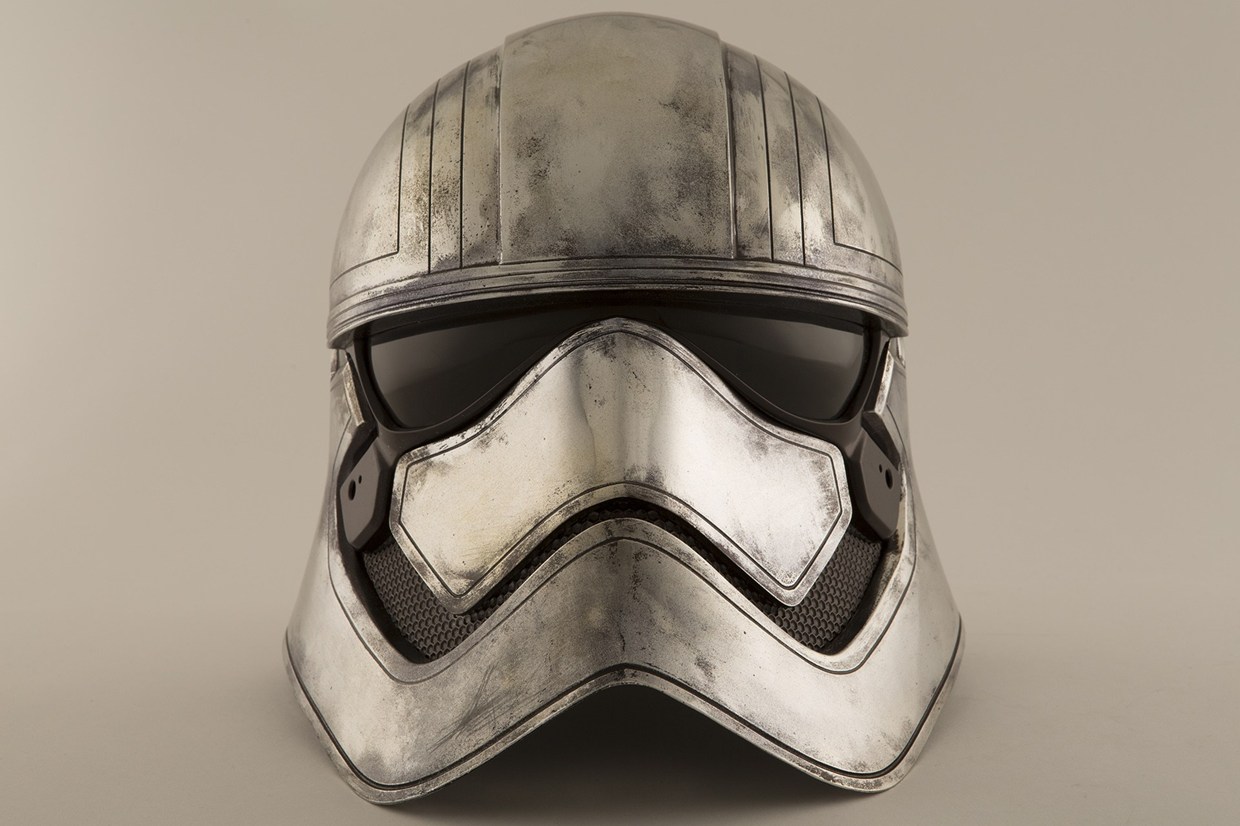 “I loved the idea of taking a stormtrooper into the world of armour,” he says. “It was just something I had in my head. The concept artist took my sketch and came up with a really beautiful illustration. I loved it and I hung it on the wall of our design room.

One afternoon Kathy Kennedy came by and pointed at it and exclaimed, ‘That is fantastic.’ JJ loved it as well, so he created the role of Captain Phasma to wear it.”

Be sure to check out all of our Star Wars figures and collectible items!

Nerdbastards.com tells you everything you need to know about Sideshow's Deadpool Sixth Scale Figure