The DLX Iron Man Mark 3 Collectible Figure adopts the suit’s classic color scheme of red and gold with a multilayer metallic coating process, accurately replicating the design of Tony Stark’s armor as seen in the Iron Man movies. This fully articulated collectible figure stands at approximately 6.9” (17.5 cm) tall and is constructed of Threezero’s renowned DLX diecast system with 48 points of articulation. Detailed structural engineering and exquisite design enable the figure to depict a variety of action poses while maintaining a realistic appearance.

LED lighting functions are located on the chest and the eyes, and the four flight panels on the back can flip to open and closed. Additional equipment and accessories include five pairs of interchangeable hands, two detachable arm missiles that can be connected onto both forearms, effect parts for shooting and flight poses, and a DLX action stand which allows for a wide variety of display possibilities! 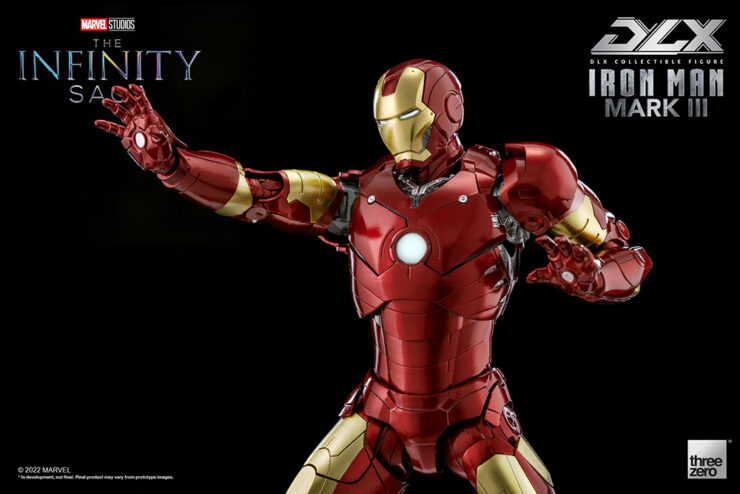 The Mark III, or Mark 3, is the third Iron Man suit created by ingenious inventor Tony Stark. It is the first suit to integrate an on-board weapons system. The upgrade solves the Mark II’s near-fatal high-altitude “icing” issue by integrating a gold-titanium alloy. Famously, the Mark 3 is also the first of Stark’s creations that utilizes the signature “hot-rod red” and gold color palette.

Using the Mark 3, Tony Stark rescues Pepper Potts and defeats the double-crossing Obadiah Stane. Despite taking heavy fire, the suit holds up throughout the entire battle, and only crashes when Tony flies too high into the atmosphere and once again encounters that icing-over problem. Still, the Mark 3 protects him when he falls back to Earth. Damaged beyond repair, the suit is put on display in a memoriam of sorts: the Iron Man Hall of Armor. 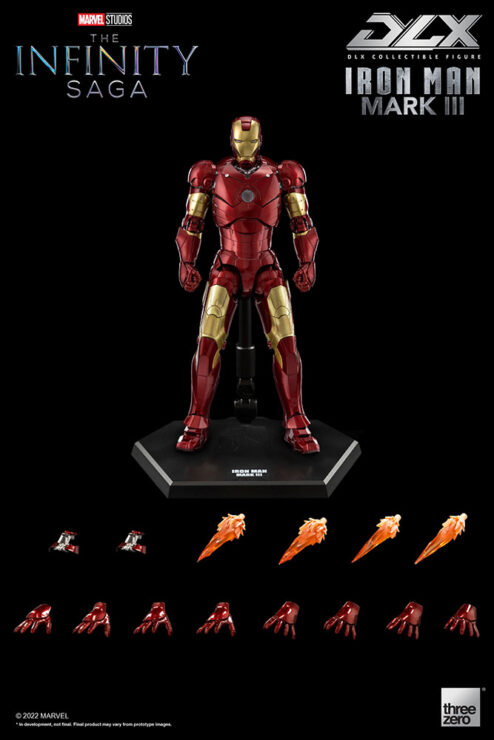 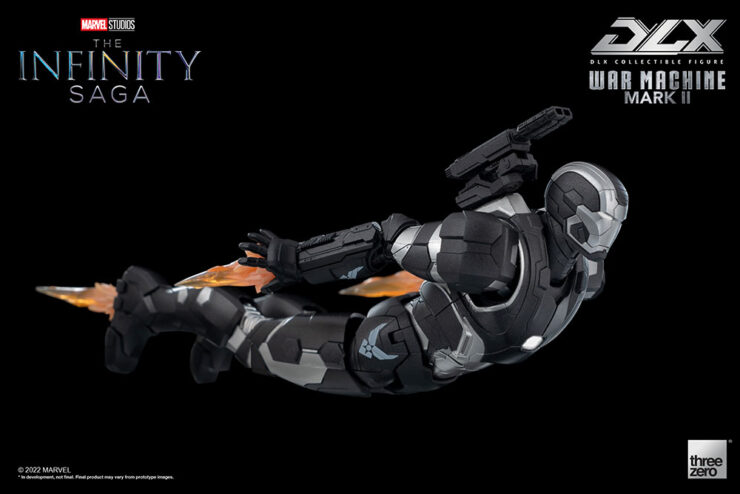 Colonel James Rhodes is the first person Tony Stark trusts with his secret identity. Although the press is informed not long after, that BFF bond is still super important. Tony and Rhodey remain steadfast friends throughout the Infinity Saga, and Tony even creates a suit for Rhodey called the War Machine. That cinematic suit is replicated here in the DLX War Machine Mark II Collectible Figure by Threezero, AKA the perfect companion to your Iron Man Mark III. 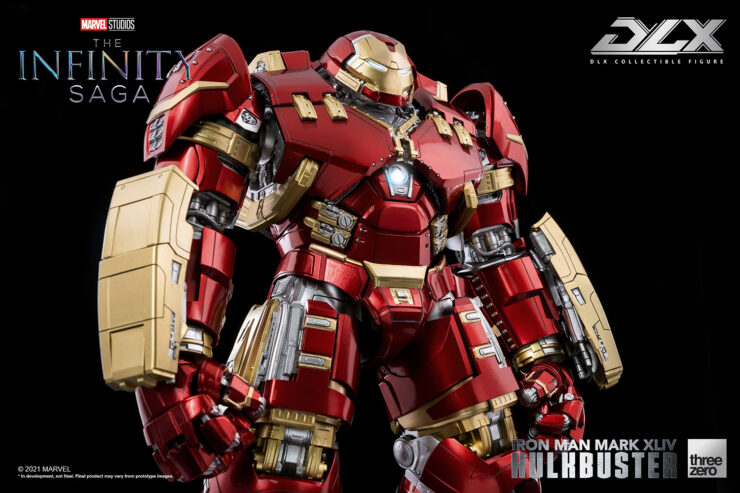 If you can’t get enough red and gold in your collection, try the DLX Iron Man Mark XLIV Hulkbuster Collectible Figure on for size. Threezero’s highly detailed Hulkbuster figure can strike a variety of poses, from the signature super hero landing to fighting stances and more. The exterior chest armor and the head of Mark 44 can even be opened, and the interior panels can slide apart to insert the torso of the Iron Man Mark 43 figure — sold separately. How awesome is that?

Complete your Hall of Armor when you add the DLX Iron Man Mark 3 Collectible Figure to your collection! Then show off your collection over at side.show/geekgroup, and don’t forget to Let Your Geek Sideshow!