The DLX Iron Man Mark 50 Collectible Figure by Threezero adopts the classic colors of red and gold and with a multilayer coating process. It also expertly replicates the ingenious design of the nanotechnology suit that appeared in Marvel Studios’ Avengers: Infinity War.

This fully articulated collectible figure is constructed through Threezero’s renowned DLX diecast system with 48 points of articulation. Detailed structural engineering and exquisite design enable the figure to depict a variety of action poses while maintaining a realistic appearance.

LED lighting functions are located on the chest and the eyes, and the two flight panels on the back can flip to open and closed. Additional equipment and accessories include five pairs of interchangeable hands, effect parts for shooting and flight poses, and a DLX action stand. All these astounding features allow for a wide variety of display possibilities! 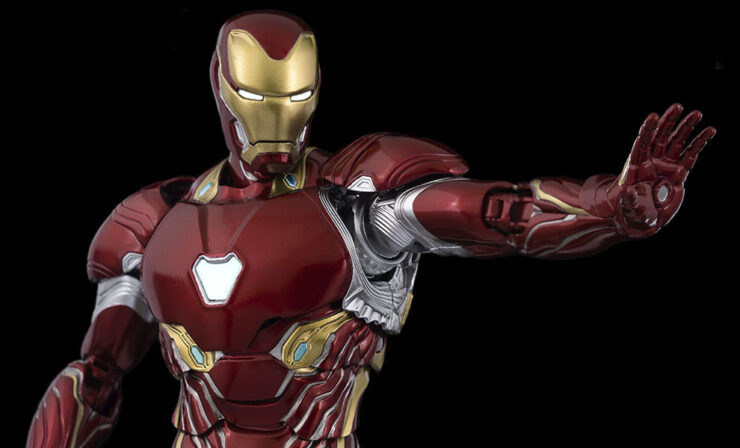 The Mark L, or Mark 50, is the fiftieth Iron Man suit created by renowned genius, billionaire, playboy, and philanthropist Tony Stark. More advanced than many of the previous armors, the Mark 50 is stored within a detachable Arc Reactor that fits into Tony’s chest. It is also made primarily of Nanotech, a technology that is both adaptable and durable.

Using the Mark 50, Iron Man is able to battle the Mad Titan Thanos. The armor protects this Avenger, preventing him from taking any mortal damage from his greatest foe. In fact, Tony uses the Mark 50 system to stop Thanos from closing his fist to use the Infinity Gauntlet — an extremely impressive feat for an “ordinary” human. 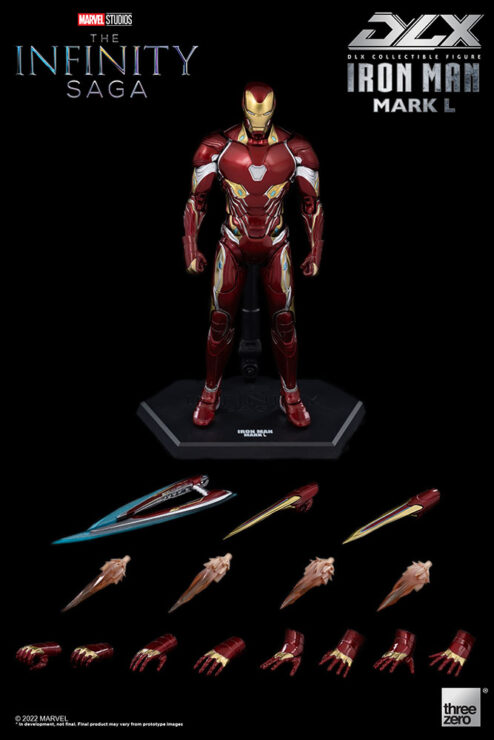 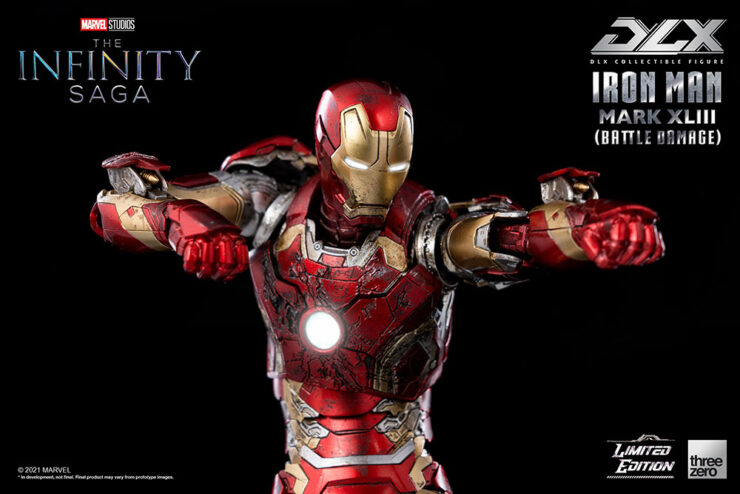 What’s better than one Iron Man figure? Two! Showcasing another one of Tony Stark’s impressive armors, the DLX Iron Man Mark 43 (Battle Damage) Collectible Figure by Threezero shows just how durable these suits are. The scaled Mark 43 has been revised with carefully crafted battle-damaged details that enhance the lifelike appearance of the figure. Your Hall of Armor would be incomplete without this addition. 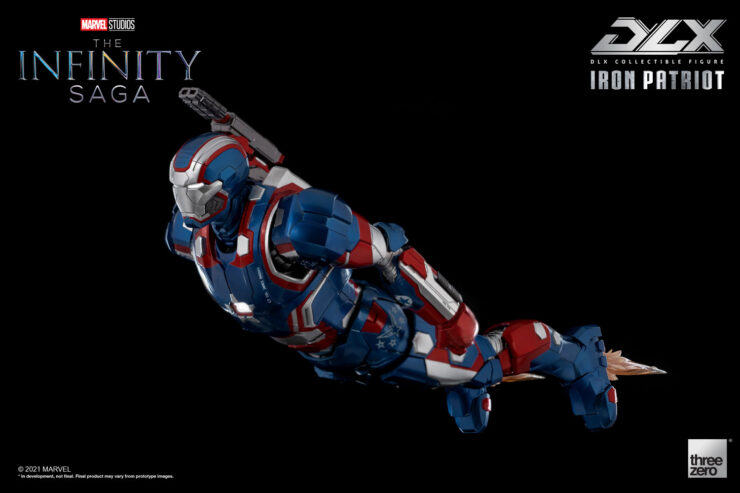 You can’t have Tony Stark without his BFF! The DLX scale Iron Patriot Collectible Figure by Threezero features James Rhodes armored up and ready to defend the universe from every threat. The Colonel has been by Tony’s side through the best and worst, and now they can stand side by side in your Marvel collectibles display!

For more Sideshow FIRST LOOK unboxings, visit our official YouTube Channel. Featuring fan-favorite and highly anticipated collectible figures from all your favorite worlds, this series is an essential guide for curious collectors! See all the latest sixth scale collectibles from manufacturers like Hot Toys, Sideshow, Exo-6, and more

Complete your Hall of Armor when you add the DLX Iron Man Mark 50 Collectible Figure to your collection! Then show off your collection over at side.show/geekgroup, and don’t forget to Let Your Geek Sideshow!