Renowned across the galaxy for his diplomacy and negotiation skills, Obi-Wan Kenobi is both a respected Jedi Knight™ and a General in the Grand Army of the Republic. But bringing peace to the galaxy is no easy feat, even for Obi-Wan, especially when he must contend with fearsome foes such as General Grievous™ and Asajj Ventress™, all while trying to guide a wayward Anakin Skywalker™.

Based on his appearance in the popular Star Wars™ animated series The Clone Wars, the Obi-Wan Kenobi Sixth Scale Figure by Sideshow beautifully captures his distinguished countenance in a distinctive, stylized sculpt. The figure features an exquisitely tailored fabric costume that includes his signature Jedi robes, tunic, pants, and belt with sculpted accessories. He also comes with a lightsaber hilt, lightsaber hilt with blade, and a holoprojector with a Commander Cody™ hologram. 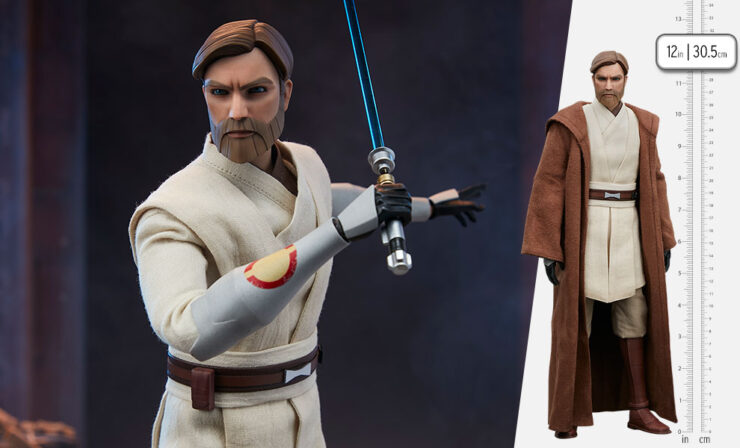 Trusted among his peers and feared by his enemies, General Obi-Wan Kenobi was a force to be reckoned with. During the Clone Wars, Kenobi fought endlessly to uphold the ideals of the dying Republic. His leadership helped turn back the tides against Separatist forces time and time again. Off the battlefield, Kenobi strove to protect his close companion Anakin Skywalker from turning to the dark side — though their paths would stray from each other, they would always remain connected. 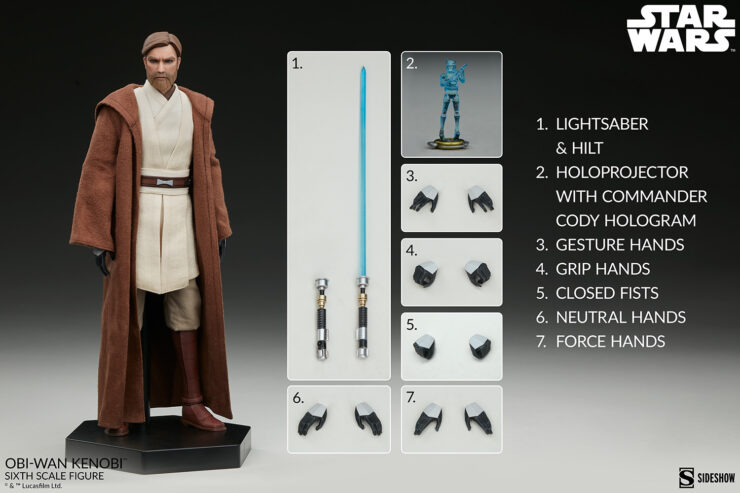 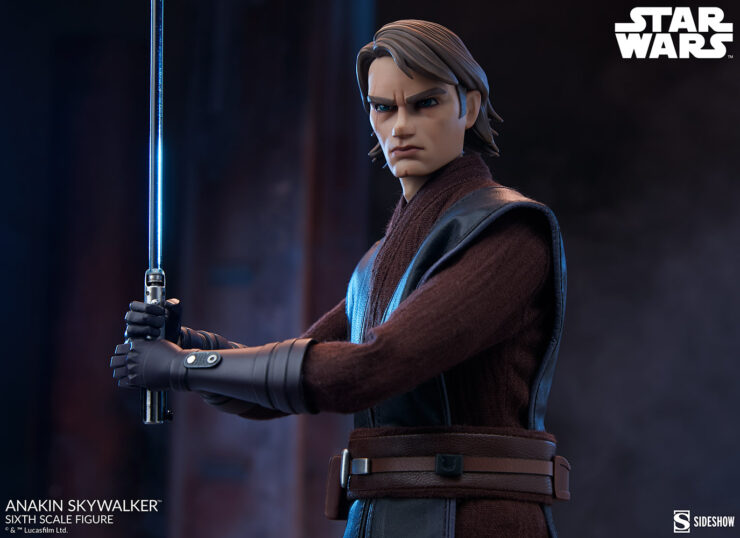 Though they fought side by side, their battles could not be more different. Anakin Skywalker and Obi-Wan Kenobi were defenders of the Republic but within the shadows, Anakin struggled with the temptation of the dark side of the Force. His desire to protect the ones he loves pushed him toward questionable means — but for a time, Obi-Wan was there to bring him back to the light. Pre-order the Anakin Skywalker Sixth Scale Figure by Sideshow today! 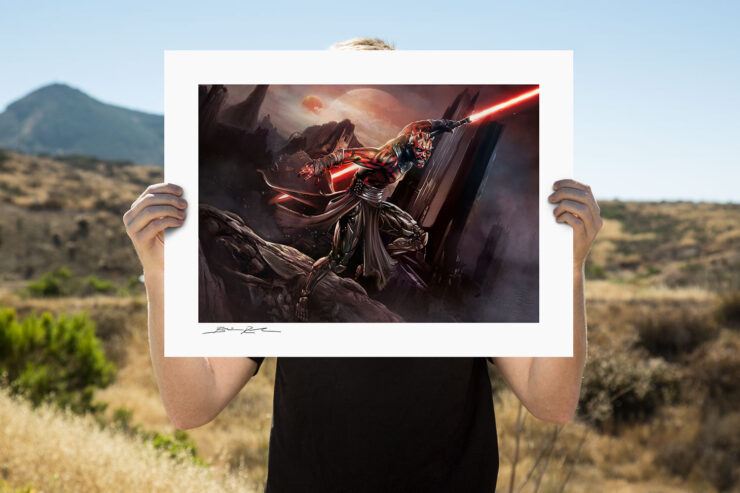 Bring some nobility to your Star Wars collection by pre-ordering the Obi-Wan Kenobi Sixth Scale Figure by Sideshow. Let us know over at side.show/geekgroup, and don’t forget to Let Your Geek Sideshow!