She-Hulk: Attorney at Law is coming to Disney+ this August! The new Marvel television series follows the life and law career of Jennifer Walters, AKA She-Hulk. This eccentric, intelligent character has been around since the ’80s and was even the first Marvel hero to break the fourth wall — yes, even before Deadpool. And now she’s busting down barriers by pushing out of the panels and onto your screen.

Before you watch She-Hulk, however, you should catch up on her history. Here’s 5 must-read She-Hulk comic runs to dive into before August 17. 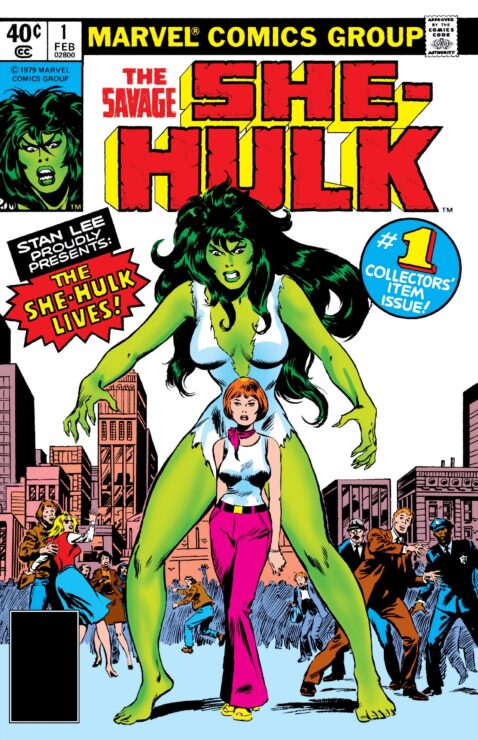 Savage She-Hulk #1 includes the first appearance of Jennifer Walters in Marvel comics. She’s a prestigious lawyer living and working in Los Angeles. But her accidental exposure to gamma-mutate blood changes everything. In the first issue, Jen reunites with her cousin Bruce Banner, who reveals he is the hero Hulk. But their reunion is cut short when a crime lord sends his men to murder Jen. Out of options and with little time to save his cousin, Bruce gives Jen a blood transfusion.

When Jen wakes up in the hospital, she is once again besieged by hitmen. However, their assault only serves to activate her rage and fear, and therefore her newfound powers. Jen grows in size and strength. She is immediately dubbed “She-Hulk” by her terrified attackers. Once she reverts back to her normal human form, Jen realizes she can utilize She-Hulk to help save herself — as well as others. Thus the Jade Giantess’ adventures begin and are documented in this 25-issue run. 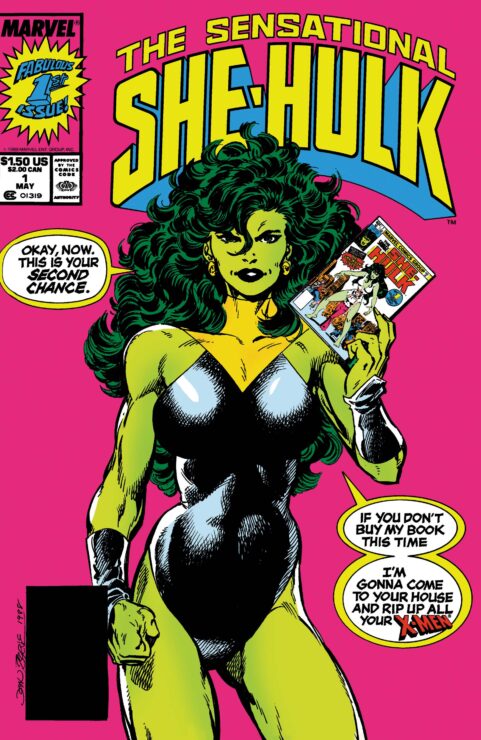 A supersized run of 60 issues, Sensational She-Hulk Vol. 1 takes place at a circus. Obviously, hilarity ensues. Sensational She-Hulk additionally marks the first instance of Jen breaking the fourth wall — in other words, speaking to her readers. You can see an example of this on the cover above, where Jen threatens to rip up the audience’s X-Men comics if they don’t buy her solo series.

By this point, She-Hulk has been a member of both the Avengers and the Fantastic Four. However, it isn’t necessary to hunt down all of her cameos to understand this book. Part of the point of this run is to recount, summarize, and further She-Hulk’s individual narrative. This comic is also fun because it shows truly how strong Shulkie is, and how her abilities surpass even the incredible Bruce Banner’s. 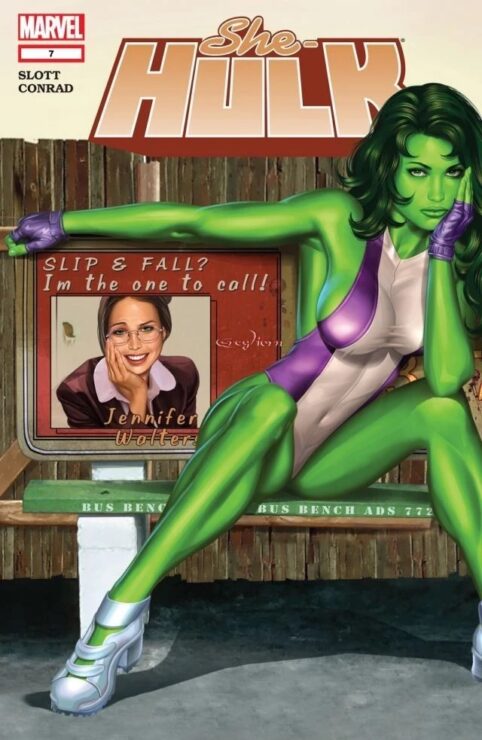 This comic involves a little crossover background. There’s some fallout from Avengers Disassembled. In that run, She-Hulk’s mind was manipulated by Scarlet Witch. Jen also witnessed the death of her good friend Hawkeye. She-Hulk Vol. 2 thus deals with Jen’s trauma, guilt, and grief — and the strange reappearance of Clint Barton as a juror during a case she works. As we all know, nothing is permanent when the Time Variance Authority is involved… 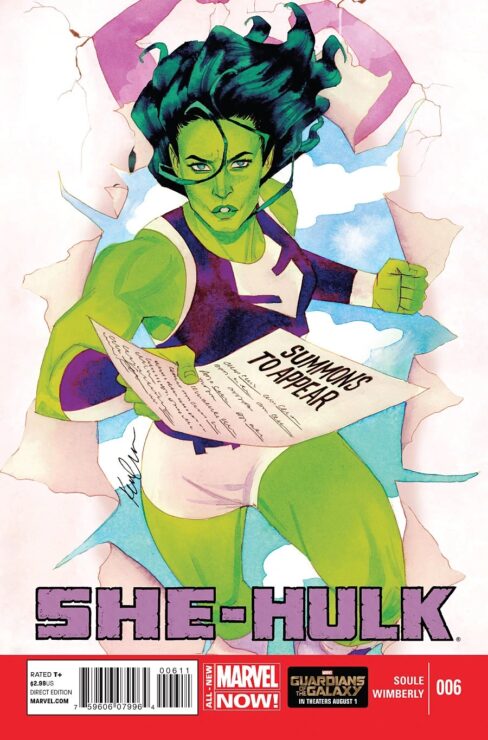 This run may only be 12 issues, but it’s essential She-Hulk reading. She-Hulk Vol. 3 is often described as the best depiction of Jennifer Walters to date. Balancing her work as both an Avenger and a lawyer is getting taxing. Her cases are getting more complicated while her villains are getting harder to defeat. Doctor Doom, for instance, is one of She-Hulk’s antagonists this time.

She-Hulk Vol. 3 is also notable for its guest appearances by many fan-favorite Marvel characters. Jen’s time on various teams has earned her some fantastic team-ups, after all. Readers will be delighted to see Daredevil, Hellcat, and even Captain America grace the pages alongside the Jade Giantess. 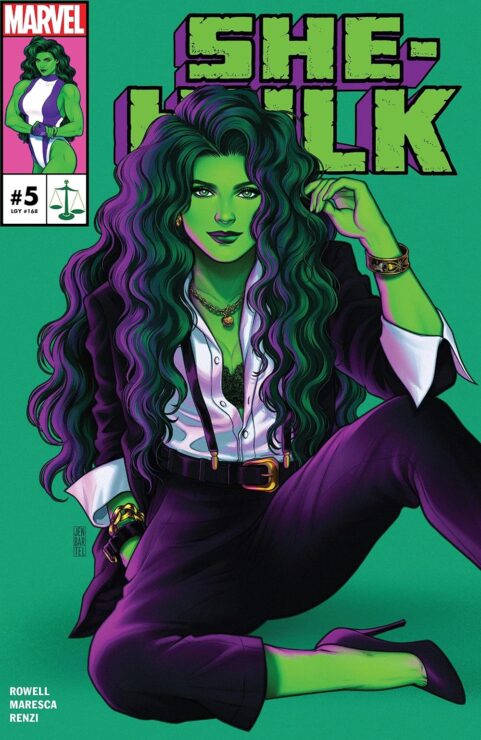 She-Hulk Vol. 4 brings us to present day She-Hulk comics. This ongoing series finds Jennifer Walters doing what she always does — balancing a hectic schedule as a hero, lawyer, and single green female. She-Hulk’s ultimate rival, Titania, is a constant thorn in She-Hulk’s side. On top of all of that, Jennifer has to deal with Jack of Hearts (Jonathan Hart) when he passes out in her apartment.

Only 7 issues of this run have been released so far, which means there’s plenty of time to subscribe to this series at your local comic book shop. Because it’s coming out in tandem with the show, we can likely expect to see the two series influence each other quite a bit this summer.

Do you read She-Hulk comics? Discuss your favorites with other fans in our Local Comics Society Facebook Group, and don’t forget to Let Your Geek Sideshow! 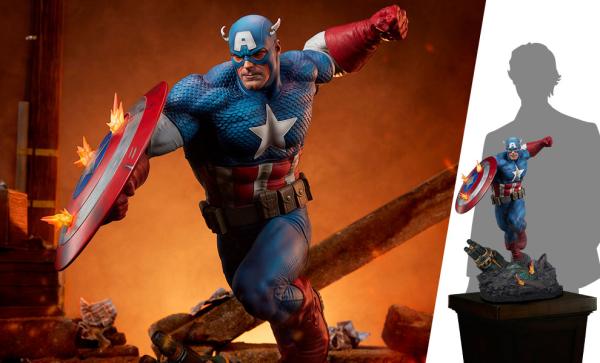 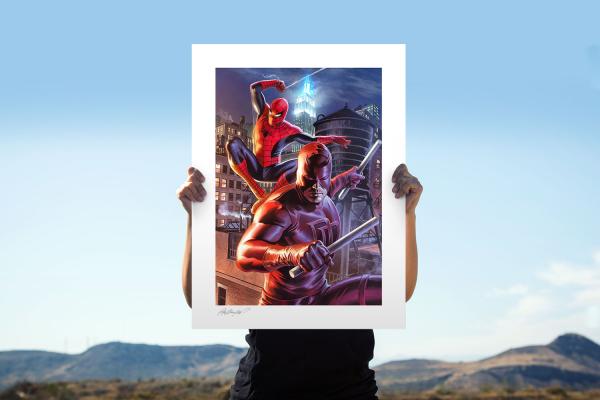