From the Depths of Fathom- Who is Aspen Matthews?

Earlier this year at NYCC 2017, Sideshow announced that we have teamed up with Aspen Comics to create the Aspen Premium Format™ Figure and the Aspen Premium Art Print, celebrating the charismatic main character of the acclaimed Fathom comic book series that is nearly in its 20th year.

Created by the late, great Michael Turner, Aspen Matthews is a beautiful and accomplished marine biologist with a mysterious past. Once, she could barely remember anything of her childhood, her earliest memories being about the cruise ship Paradise and being adopted by Captain Matthews of the US Navy. Eventually, memories of her mother and her early youth return to her, but only after she learns of her true nature. 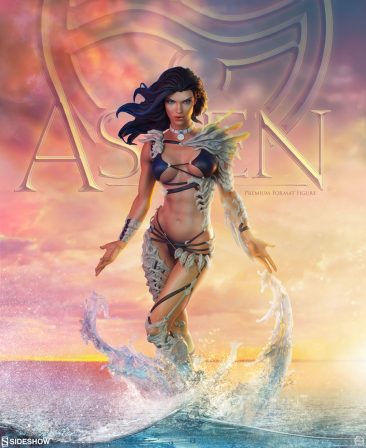 Growing up, Aspen spends much of her time at the beach surfing and swimming, pursuing a passion for swimming and surfing. After having her professional swimming career abruptly ended, Aspen turned to studying marine biology to continue exploring the vast world of the ocean.

Eventually Aspen discovers that she has fantastical aquatic powers, as she is descended from a mysterious underwater race of humanoids called the Blue. Her passion for swimming and diving was more than just a hobby- it was her heritage.

A former professional swimmer, Aspen Matthews is in peak physical condition. As an Elite Blue, she can manipulate water to her will, using it to create tsunamis and to even turn her body into water which can be separated and pulled back together if necessary.

Aspen’s control has the potential to span entire seas or work on a smaller scale, like making water into solid shapes that could be walked on. Most powerfully, Aspen controls all types of liquid, including the blood in other bodies in certain cases. She also has the ability to heal wounds. 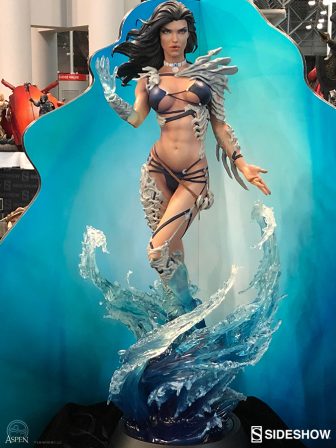 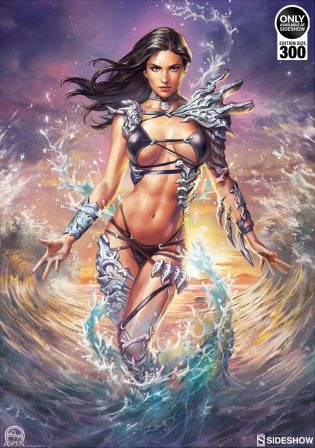 Tune in to Sideshow Live on Wednesday, November 15th to get a closer look at the upcoming Aspen Premium Format™ Figure.  Pre-Order the Aspen Premium Art Print to display alongside the figure and create an epic Fathom display.  This is a must-have for fans of Michael Turner’s celebrated comics legacy!