It feels like just yesterday we were cancelling the apocalypse. 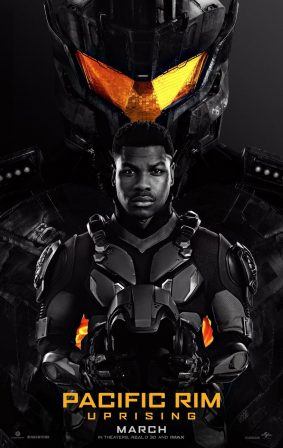 This afternoon, Legendary Pictures on Twitter posted an exciting new poster for Pacific Rim Uprising, the sequel to the kaiju-smashing hit film from 2013.  The poster reveals star John Boyega, who will be playing the son of Idris Elba’s Stacker Pentecost, standing in front of a new model of Jaeger while wearing his drift suit.

Boyega’s Pentecost will have an incredible legacy to live up to, as his father was one of the few pilots who could drive one of the massive Jaeger machines without drifting with another pilot.

The film premieres in March 2018, but fans will see the first trailer for the sequel at New York Comic Con next week.  Find us in the drift, waiting to see what Pacific Rim Uprising has in store!

The Batman Legendary Scale™ Figure Emerges Out of the Shadows