Saving Our Skins: The Most Heroic Star Wars™ Women

Ever since Episode IV: A New Hope™, Star Wars™ has brought us many incredible female characters that lived a long time ago in a galaxy far, far away. All of the trilogies include an amazing woman who stands front and center with her male counterparts in the classic tradition of Star Wars trios. The originals have Leia Organa™, the prequels have Padmé Amidala™, and the sequels have Rey™. Even Rogue One™ has Jyn Erso™, who is arguably the most important character in the entire film.

Of course, these protagonists are the most well known throughout the Star Wars fandom. But what about some of our lesser known ladies? Below, let’s discuss and highlight the achievements of Star Wars heroines who may have less screen time, but are no less vital to the story than our main protagonists.

The Clone Wars™, Rebels™, and The Mandalorian™ 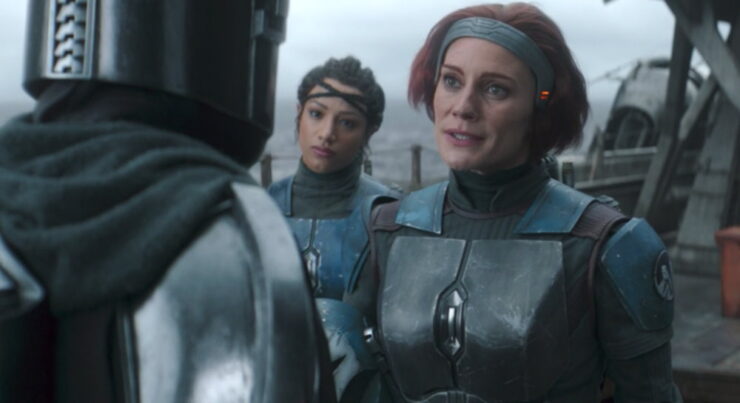 Lady Bo-Katan Kryze begins in The Clone Wars as an antagonist. A member of the terrorist Death Watch™ group, she actively opposes the rule of her sister — Duchess Satine™ — and wants to return the planet Mandalore™ to martial law. She feels battle is in their blood, and peace is unattainable within a galaxy that’s actively being torn apart by civil war. However, when Satine is slaughtered by Darth Maul™, Bo-Katan vows to avenge her sister and protect her people.

In Rebels, Bo-Katan finally achieves her dream: to rule Mandalore. But to do this she must sacrifice some of her aggression and ambition. Instead of bringing her people toward destruction, she listens carefully to the young Mandalorian Sabine Wren™. This grace of the older generation listening to the youth is a small act of heroism. When Bo-Katan finally takes up the dark saber™ — the weapon indicative of the planet’s ruler — it is to unite all Mandalorians, not just those who value war. This is a major act of heroism.

Finally, in The Mandalorian, Bo-Katan is the leader of the Nite Owls™. However, she’s lost her grip on the dark saber and with it, her stake in Mandalore. Despite these setbacks, she is doing everything in her power to bring Mandalorians back together. She wants nothing more than for them to prosper. She’s come a long way from the young woman who only wanted to fire a blaster at any available target. 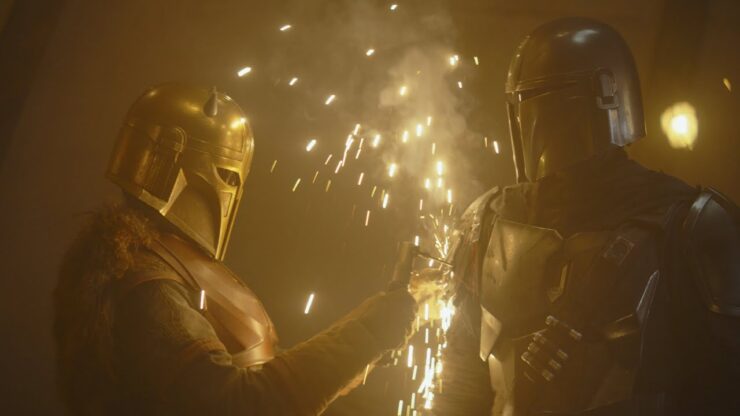 The Mandalorian includes a lot of kickass women. There are antagonists such as Fennec Shand™, as well as allies like Cara Dune™ and The Armorer. Most exemplary of these is the latter: The Armorer. She is a skilled fighter and even more skilled smith. It is The Armorer who forges Din Djarin’s™ beskar™ suit. But her excellent craftsmanship isn’t what makes her heroic.

In a heartbreaking episode of The Mandalorian, The Armorer is revealed as the sole survivor of a massacre at Karga™, the hidden fortress of a group of Mandalorians. Din Djarin witnesses her defend their heritage from overwhelming Imperial forces. She takes on an entire stormtrooper™ platoon with a hammer and tongs from her workshop. Her sacrifice allows The Mandalorian™ and Grogu™ to escape Moff Gideon™.

The Book of Boba Fett™

The Tusken Warrior recently made her debut in The Book of Boba Fett as the silent, watchful second to the tribe’s elder. She is fiercely loyal, slow to trust, and incredibly skilled in combat. It is the Tusken Warrior who trains Boba Fett™ to wield an ancient weapon called a gaffi stick™. Her own gaffi stick has a blade on one end, a unique design that likely symbolizes her power and prestige within her community.

When the tribe is attacked by a high-speed train, Boba Fett teaches the Warrior how to drive a speeder bike™ and they practice various stunts. They plan as much as they can, though in the heat of battle, everything is left up to chance. In an incredibly heroic move, the Tusken Warrior leaps inside the train window and blazes a path through various Pyke™ Syndicate antagonists all on her own. Without her, Boba Fett and the rest of the Tusken Raider™ tribe would likely have failed. 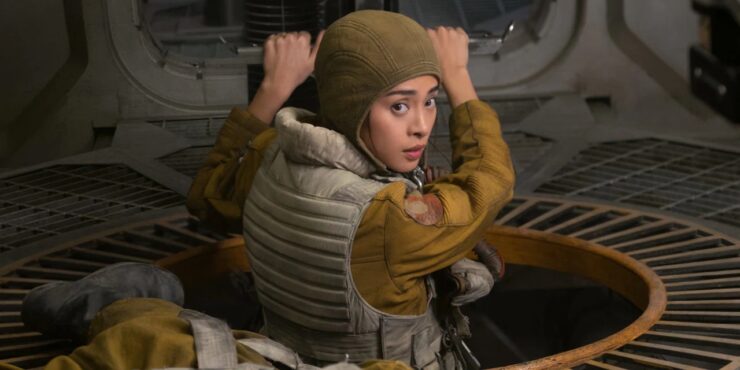 Paige Tico is Rose Tico’s™ sister as well as a gunner for the Resistance. Paige is part of a fight that occurs during The Last Jedi. In the film, the Resistance is fleeing their base on D’Qar™. Overcome by the First Order, they send a fleet of bombers out to destroy the enemy’s dreadnought. Paige is aboard one of those ships, the Hammer.

She follows orders to release proton bombs, but is knocked unconscious in the process. When she wakes, she realizes the Resistance is in dire need of a counterattack. Paige looks for the controller that will release the bombs, and sees it far above her reach. Knowing the Resistance doesn’t have time for her to retrieve the controller, she kicks a ladder until the controller falls into her outstretched hand. Lying above the bombs, she detonates the payload, effectively destroying the dreadnought. Her death ensures the Resistance’s victory. 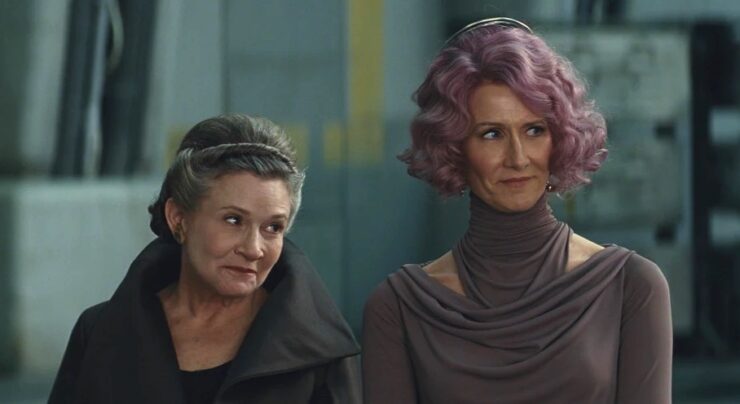 Vice Admiral Holdo joins the Resistance as an officer under the command of Leia Organa. The two are close friends, and Leia trusts Amilyn, but many of the crew members don’t feel the same. When many of the superior officers are injured, Holdo takes command of the fleet and makes some risky decisions that lose her the trust of Poe Dameron™ and his friends.

Still, Holdo remains secure in her course of action. This dedication and confidence are both admirable and heroic in their own rights. Of course, Holdo also shows her heroic side in a more dramatic fashion later. After evacuating all of her fleet to the planet Crait™, Holdo hyperjumps directly into a First Order ship, obliterating it in a massive lightspeed-made explosion. These actions allow the rest of the Resistance to consolidate, strengthen, and save their forces for the trials ahead.

Who are your favorite Star Wars heroines? Let us know in the comments, and don’t forget to Let Your Geek Sideshow! 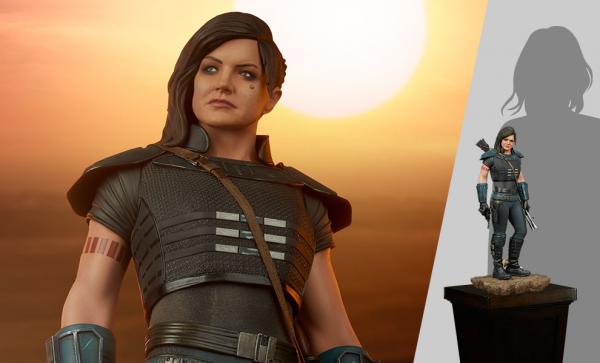 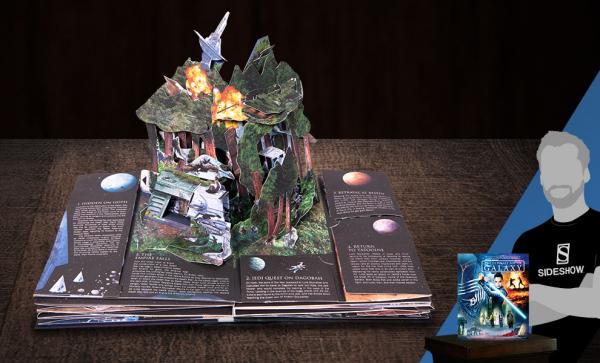 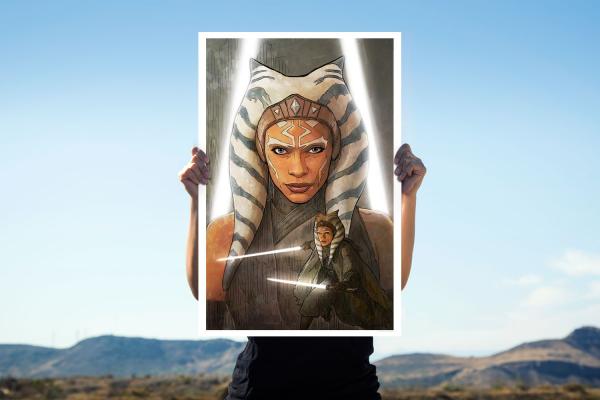 A Jedi Plagues Me
Art Print 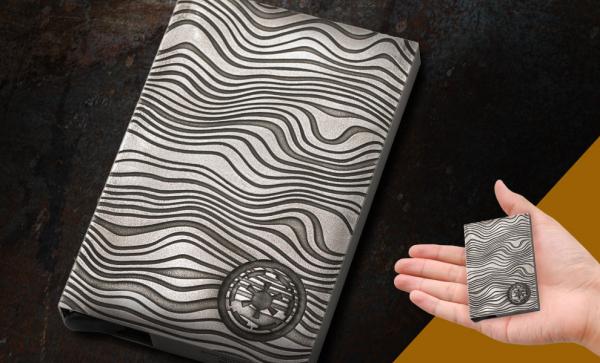