“How’s it going, Bat-brain? Nice place you got here. I think my Joker would have liked it. Kinda place he would’ve picked.”

Inspired by her appearance in the hit video game series, this version of Harley Quinn combines goth and punk aesthetics with her iconic two-toned jester style to create a formidable new take on the fan-favorite villainess. To match her wild and unpredictable personality, this piece includes a number of highly-detailed accessories including a baseball bat, machine gun, mallet, pistol, paint can with a brush, a Jack-in-the-box, and more! Her machine gun accessory even hides a photo of her beloved Mr. J, as the Joker has actually been taken out by this point in the hit game series, leaving it up to Harley to continue the clownish criminal operations in Gotham.

Check out this new unboxing video, and explore all the awesome accessories that make this video-game inspired figure so unique, from her newly developed head sculpt to the screen accurate, hand-tailored outfit. This first look unboxing walks you through the entirety of what’s included with the figure, from the packaging to range of articulation and everything in between. Join sixth scale figure expert Guy Klender as he spotlights every facet of this highly-detailed release from Hot Toys.


Once you’ve taken your first look at the unboxing above, be sure to bring Harley Quinn home to your DC Comics collection. Fans of the character and devoting video gamers alike won’t want to miss adding this beloved baddie to their shelf alongside other characters in the incredible Video Game Masterpiece Series by Hot Toys.

Combining visual elements of her previous game appearances in the smash-hit Arkham series, Harley’s Batman: Arkham Knight look is one of her most unique costumes across DC media — from comics to animation and beyond. It combines just the right amounts of sinister and sultry to form a costume that is both familiar and entirely revolutionary for the character. Hot Toys drew inspiration for this collectible from the playable episode taking place before the main bulk of the game in which Gotham’s Maid of Mischief arranges to break into the overgrown Blüdhaven Police Department in order to recruit her plant-based partner in crime Poison Ivy, another formidable factor in Scarecrow‘s plan to finally overthrow Batman.

This highly-articulated Hot Toys figure allows collectors to recreate dynamic action poses with any number of her accessories, putting your favorite in-game moments onto your shelf. Pair her with other Batman: Arkham Knight collectibles released by Hot Toys like Batman Beyond and Batgirl so you can create engaging scenes and make your Gotham City collection feel a little more populated.

So, what are you waiting for? Batter up with Harley Quinn and get ready to rule Gotham and bring down Batman once and for all!

Which of Harley’s awesome accessories is your favorite? Will you be adding her to your collection? Don’t forget to Let Your Geek Sideshow and tell us in the comments! 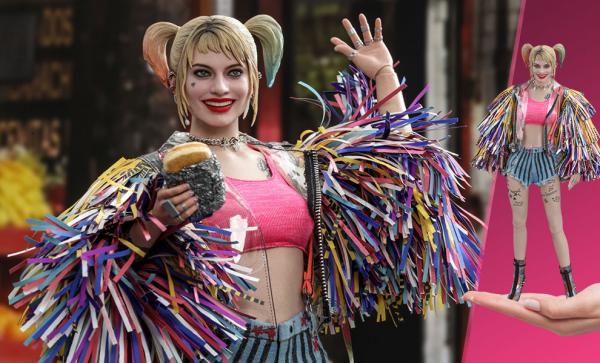 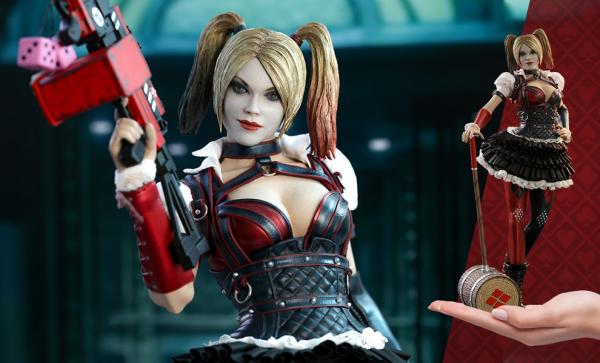 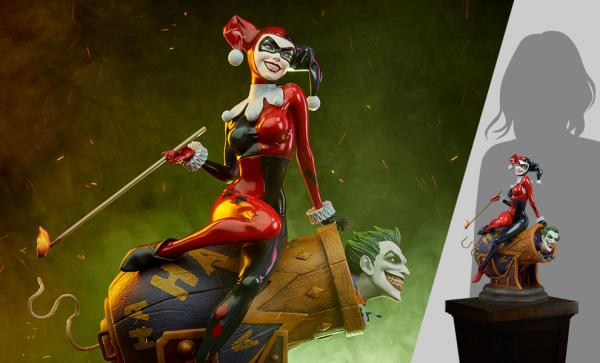 Harley Quinn and The Joker
Diorama