Kylo Ren and Boba Fett might not have had a chance to battle on the Star Wars silver screen, but that doesn’t mean we can’t consider who might gain the upper hand in a duel right here right now. Let’s set the stage for a debate that might be a bit more complicated than expected.

In order to determine who might triumph in this impossible battle, we need to begin by trying to understand each character’s origins and potential. 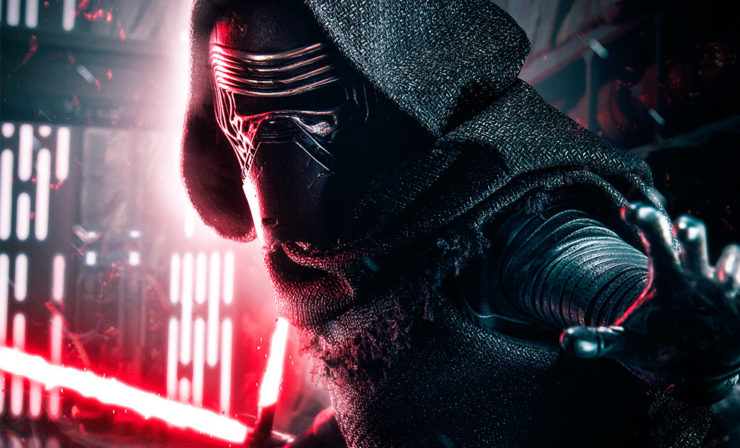 Kylo Ren, born as Ben Solo, was an incredibly Force-sensitive child. He trained under the tutelage of one of the most beloved Jedi Masters, and his own uncle, Luke Skywalker. He is the grandson of Anakin Skywalker, another powerful Force user who became Darth Vader.

Kylo Ren’s family lineage certainly makes it clear that his Force-sensitivity had a very high potential. His sheer power coupled with his vast Force abilities make him a truly worthy opponent.

He has been able to use the Force to stop a blaster beam in mid-air. He is capable of peering into minds and pulling information from unwilling hosts, whether they’re Force-sensitive or otherwise. He is able to hold people still using the Force. He has even used Force lightning in the comics, and his list of powers goes on.

Most interestingly, Kylo Ren has never been entirely devoted to just the light side or dark side. He has been fueled by his passions (and certainly consumed by them), but he has always been tied to the light side as well. This struggle in him is what made him such an interesting character.

That said, his continuous struggle between both the light side and the dark side limited his ability to truly tap completely into either side’s powers. Instead, he relies on his raw power and emotional decisions to succeed. He has had varying degrees of success in lightsaber battles, but ultimately, this is not particularly relevant due to Boba Fett’s Mandalorian armor. 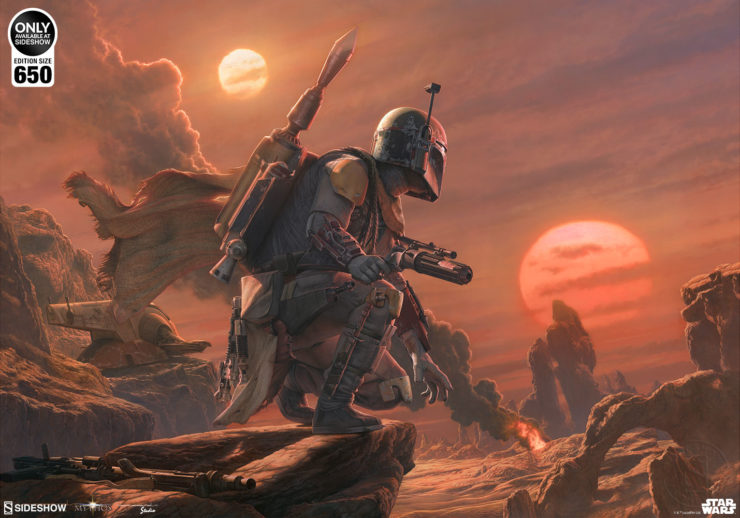 Boba Fett is a clone of Jango Fett, allowed to grow at a natural rate instead of having his growth accelerated like the rest of the Clones. Jango Fett raised Boba Fett as his son, and taught him the ways of being a bounty hunter. And eventually, Boba Fett became an even better bounty hunter than his father.

He was able to capture Han Solo. In fact, if we’re counting the comics, Boba Fett was able to capture Han Solo twice. The only reason he didn’t keep him the first time was because Darth Vader got in the way, and then they got into a lightsaber duel, which Boba Fett survived. That’s right. Boba Fett held his own against Darth Vader— only only for a short period of time, of course. But still, not all who have faced the Sith Lord can say the same.

Boba Fett is decorated in trophies from his conquest, and resting on his right shoulder are a few notable braids. Some say that they’re braided out of Wookiee pelts, and others say that they’re the braids of Jedi that he defeated. It is unsurprising that he has been able to defeat Jedi, since he has often been regarded as the best bounty hunter in the galaxy.

It’s not been made entirely clear whether or not Boba Fett is actually a true Mandalorian. However, we do know that he worked for years to buy authentic Mandalorian armor just like his father Jango Fett. Beskar Steel is impervious to most physical attacks, even lightsabers!

And he is equipped with all of the gear that the any true Mandalorian warrior would have. Not only that, but he trained with the Clones, so he’d have all of their gear and abilities at his disposal too.

Ultimately, his greatest weakness is his inability to use or resist the Force. However, with the massive amount of equipment and training under (and on) his belt, it would be difficult to say whether or not Kylo Ren would have the focus needed to stop Boba Fett’s entire entourage of attacks. 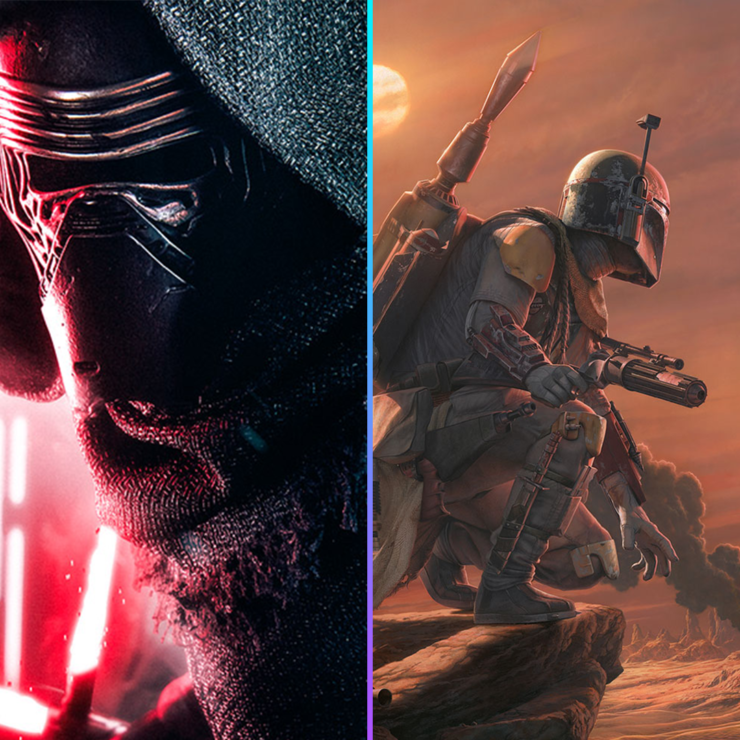 Their fight would be legendary. Boba Fett has a nearly endless supply of attacks, from his Amban sniper rifle that literally vaporizes people to grappling hooks and more. It is quite literally impossible to know just which weapons and tools he has available on any given hunt.

Of course Kylo Ren would be able to hold him still using the Force, or maybe even hold back the beam from a blaster or sniper rifle. Kylo Ren could try Force choke him, or even read his mind. Even still, Boba Fett would be able to release his guided attacks, not dissimilar to The Mandalorian’s whistling birds that hone in on their target.

Much of his weaponry would be automated, and only need to be activated. Mandalorian technology was specifically suited to fight against Jedi. That said, Kylo Ren is able to pull from the powers of both the light side and the dark side.

Do the Sith have something that The Mandalorian can’t fight against? Is Boba Fett even more capable than the typical Mandalorian?

Let us know what you think in the comments. Would would win in a battle: Kylo Ren or Boba Fett?

If you’re ever looking to expand your Star Wars collection, Sideshow has it all- from Kylo Ren collectibles to Boba Fett collectibles and The Mandalorian Collectibles. 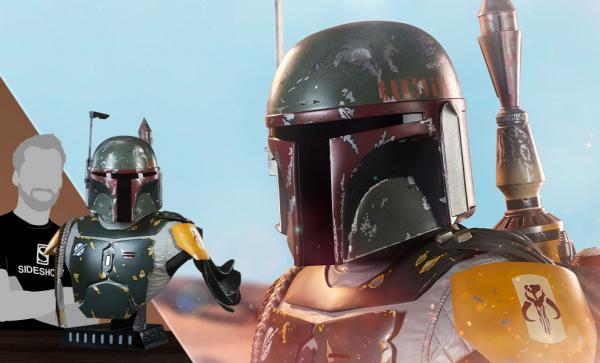 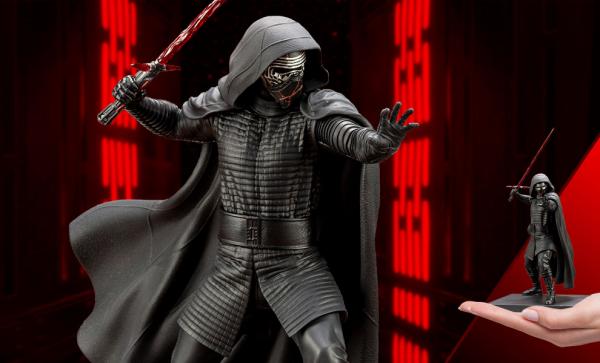 New Photos of the Wolverine Bust