Thanos, the Mad Titan, has quite a few different origins. Naturally, depending on the origin, he has different powers and abilities. And despite their difference, and no matter how many times the cosmic Ghost Rider interferes, Thanos always becomes powerful and deadly. It seems he’s obsessed with death, and no matter what twists and turns his life takes, he returns to the path of evil.

It is his obsession that death that permanently prevents him from dying. But was he born immortal, or did he gain immortality through other means? Grab your Infinity Gauntlet and hold on, this story is a strange one. 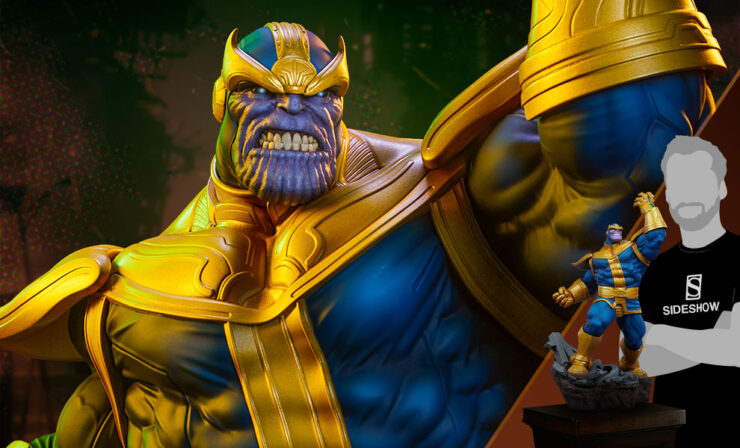 Thanos was born on the moon of Saturn named Titan. Titan was a utopia created by a group of Eternals, all born with incredible enhancements and abilities that make them more powerful than humans in many ways. Most notably, the Eternals, true to their name, do not age. They could, technically, live forever, if they did not encounter any hardships.

This longevity gave them the time to prosper within a small and tightly knit community. Their utopia was incredible, or at least it was, until Thanos was born. Thanos was born to mother and father Sui-San and A’Lars, respectively. His brother Eros was an Avenger, and had the unique ability to persuade others, as well as all of the super enhanced abilities that all Eternals are born with. Eros was the golden child of A’Lars, and always made his family proud.

Thanos, on the other hand, was born with Deviant Syndrome, making him dramatically different from the rest of the Eternals. As a deviant, his skin was purple and covered in ridges. He was mistreated and unappreciated. Being an outcast was difficult enough, but he was also blamed for tragedies in his youth that were not his fault.

In 2013, Marvel released a full exploration of his origin called Thanos Rising. Is elaborated on the tragedies of his youth, and it introduced the one friend he had in all of his years on the moon Titan. It was his friend that constantly inspired him to take violent action and who told him to experiment on the creatures of his world. She was the one that made him turn against his people.

In all that time, she was the only person that Thanos got along with. She became the only person that he could ever love. And after doing her bidding, and practically sacrificing the whole of his planet in her name, she finally revealed that she was Death. In fact, she had been around since the beginning of the Universe, and she was never an Eternal at all. She was purely the physical embodiment of the cosmic abstract of Death.

It was too late. Thanos was in love. He was willing to do anything to win her affections, and Death was willing to manipulate him to absolutely no end. She asked him to kill his own planet, his own children, and eventually, even half of the entire Universe. Thanos did not hesitate to dedicate himself to her cause. 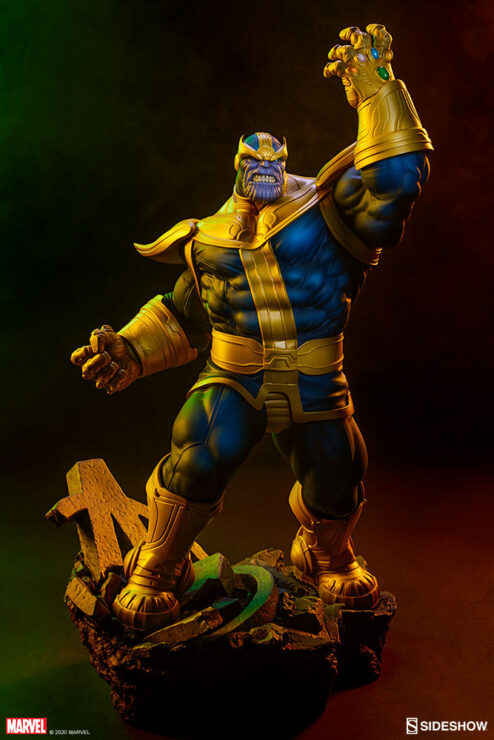 In the comics, it was Death who inspired him to chase down the Cosmic Cube in order to dominate galaxies. It was Death who demanded that he become powerful enough to wield the Infinity Gauntlet. Death wanted sacrifice. Death wanted power. Death wanted Thanos to serve her, dedicate himself to her, love her, but she did not want Thanos. She never loved Thanos.

Thanos was willing to try anything, do anything, or be anything that mistress Death desired. And yet, his love was unrequited. Death insisted that Thanos needed to be worthy before uniting with her, and so she cursed him with immortality. He would never go to her realm, and he would never truly be with her. Not until he was worthy. Even if he was killed, he would simply come back to life.

In one story arc, Thanos waited until the end of time itself, after he had conquered all of the worlds. King Thanos still had dedicated every kill to Death, and yet it wasn’t enough for her. Nothing would ever be enough for her. And so Thanos is immortal unlike any other immortal. He will always come back, and is cursed to live a manipulated life for eternity.

All because he will never be accepted by Death.

To further explore multiple timelines of his history, be sure to check out our Thanos Origins blog.

Do you think they’ll mention Thanos in The Eternals? Did you know Thanos was in love with Death? Let us know in the comments, and don’t forget to Let Your Geek Sideshow!