Some answers are hard to find. Other answers, perhaps, shouldn’t be found at all. During the Darkseid War story arc, Batman sits down in the Mobius Chair under the protective watch of Hal Jordan, the Green Lantern. This chair is a vehicle of sorts that has access to all of the knowledge in the Multiverse. Batman is the greatest detective in the Justice League, so he has more than his fair share of practice asking questions. Not just good questions, but the right questions. He needed to know that the Mobius Chair could reliably answer one burning question in his mind, so he conducted a quick test.

First, he asked the Mobius Chair who killed his parents. The Mobius Chair correctly answered “Joe Chill.” Satisfied with its ability to discern such a minuscule secret within an Omniverse of information, Batman asks perhaps the biggest mystery in all of DC Comics.

Strap in, as this blog will serve as your own personal Mobius Chair, while we ask the same question that Batman asked many years ago: What is The Joker‘s true name?

The answer might be more complicated than it seems. After all, the Mobius Chair did insist that there were three Jokers. But who’s keeping count, really? 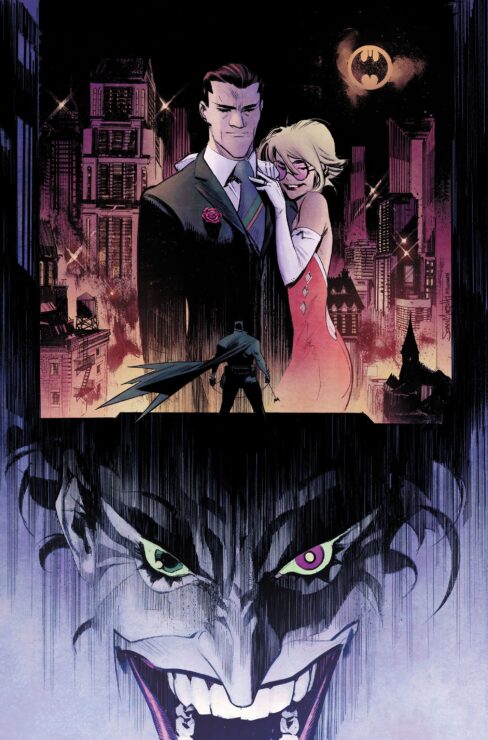 In the prime universe DC Comics, no official name has ever been given for The Joker. However, DC did debut an alternate universe series called Batman: Curse of the White Knight. It was one of the first graphic novels published under their Black Label imprint, which tells stories that are stand-alone and made for mature audiences. That’s why Batman: Curse of the White Knight opens with such a dark moment for Batman.

The Joker was meandering through the city, and Batman chased him with a vengeance. When he found Joker, he cornered him into an alley and beat him to a pulp. Batgirl and Nightwing tried to stop him, or at least calm him down. He was ruthless. He was frightening. And he was moments from crossing the line and killing The Joker.

Surprisingly, The Joker didn’t fight back. He simply insisted that Batman was the true villain of Gotham. The Joker would be the real hero of Gotham if he only took his medication! When Joker held up a bottle of medicine, Batman didn’t hesitate to force feed him the pills and whisk him away to Arkham Asylum.

With the whole interaction secretly caught on camera and leaked to the media, the GCPD decided that Batman was officially too dangerous to be free, and he was arrested. The Joker, suddenly medicated and sane, was able to convince the GCPD that he was wrongfully imprisoned as he was beaten by a vigilante. He also revealed his real name: Jack Napier.

Napier spent all of his efforts revealing how Batman’s false heroics actually only lead to greater corruption in Gotham City. He worked diligently to save Gotham from its turmoil until the effects of the pills finally wore off, and he became The Joker once again. 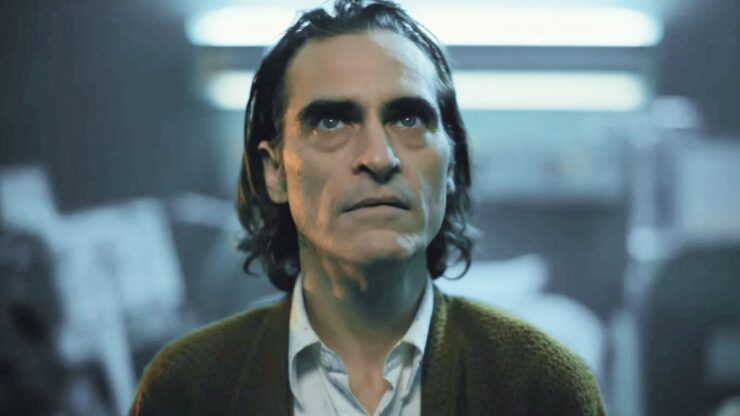 In Todd Phillips’ 2019 film Joker, we get to see the award-winning performance of Joaquin Phoenix as Arthur Fleck. Audiences saw the troubled comedian wannabe unravel as he simply tried to hold on to reality. Along the way, we learned that his mother, Penny Fleck, believed that she had a love affair with her old employer, Thomas Wayne. She believed that Thomas Wayne was Arthur’s father.

Was her fantasy true? It’s uncertain. What is certain is that after her grand claims, she was taken to a mental institution. Arthur Fleck also suffered for years in an institution just like it. When his therapy sessions ended, it seemed he was more and more unstable. He tried to break into Wayne Manor, and even met a young Bruce Wayne. All throughout the film, it seemed that he was on the verge of snapping.

Instead of reverse-discovering Joker’s identity, we watched Arthur Fleck discover and form his new identity as The Joker. Perhaps Arthur Fleck is his real name. Or perhaps The Joker is just one of the many people who were inspired by Arthur. After all, at the end of the film, it seems everyone is smiling along with him! 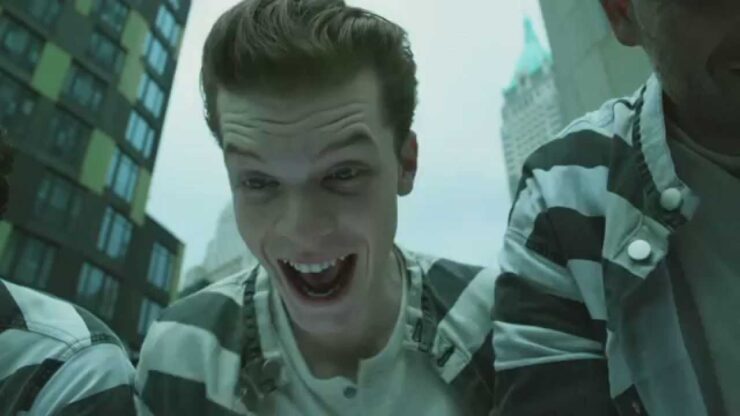 The TV series Gotham explored the origins of Bruce Wayne and all of his Rogues Gallery. The show was keen on revealing the shift of power. Eventually, the Falcone and Maroni mob families gave way to villains like The Riddler, The Penguin, Poison Ivy, Catwoman, and others. And yet, the most interesting characters of all appeared to play different interpretations of the fan-favorite villain, The Joker.

Jerome and Jeremiah Valeska were twins who grew up in a circus, not unlike Dick Grayson. But where Jeremiah wanted to pursue science, it seemed that Jerome was more interested in pursuing violence. Jerome was perfectly chaotic and terrible, and even went out of his way to bond with Bruce Wayne. After all, who wouldn’t want to meet the richest boy in town?

Jerome brought havoc upon Gotham for quite some time before poisoning Jeremiah with his own special toxin that turned him completely insane. Then, even more intelligent and even more dangerous, Jeremiah found a way to tear Gotham apart from the inside out.

The twins were both played by the same actor, Cameron Monaghan. Fans loved seeing so many different versions of The Joker on one show, as each interpretation offered something novel. Both Jerome and Jeremiah were their own special brand of terrifying.

No One Can Ever Know 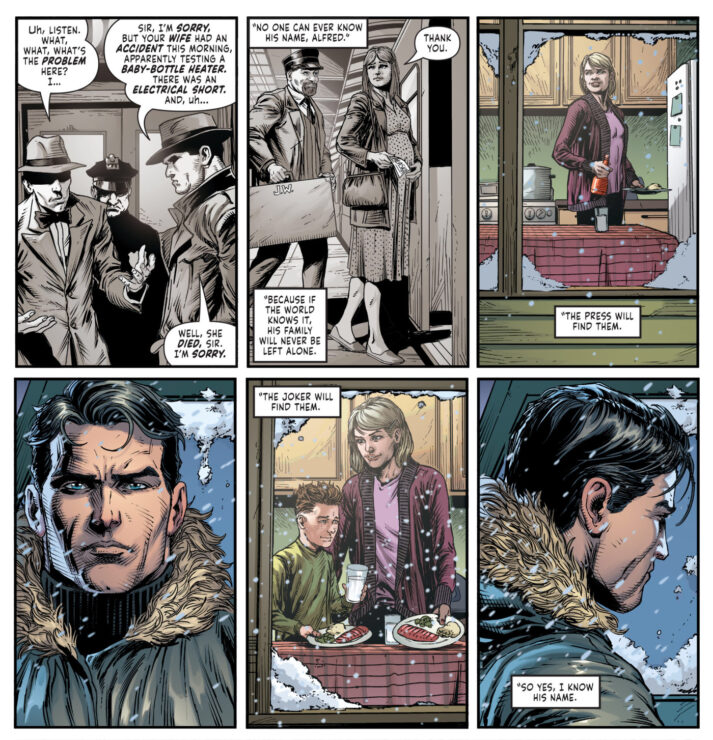 The followup to the Darkseid War story arc was the series Batman: Three Jokers. It implied that there was always more than one Clown Prince of Crime. It seemed that one of The Jokers actually created the other two! Unfortunately, it never revealed which was which.

What it did reveal is that Batman has actually always known the real name of The Joker. He learned it after a week. He learned it when he found out that The Joker had a family and so, in order to keep his family safe, he helped them fake their deaths. And to make sure that they could live their life in peace, he keeps The Joker’s name a secret.

He wouldn’t even tell Alfred. It seems that that is a secret that Batman will take to the grave. 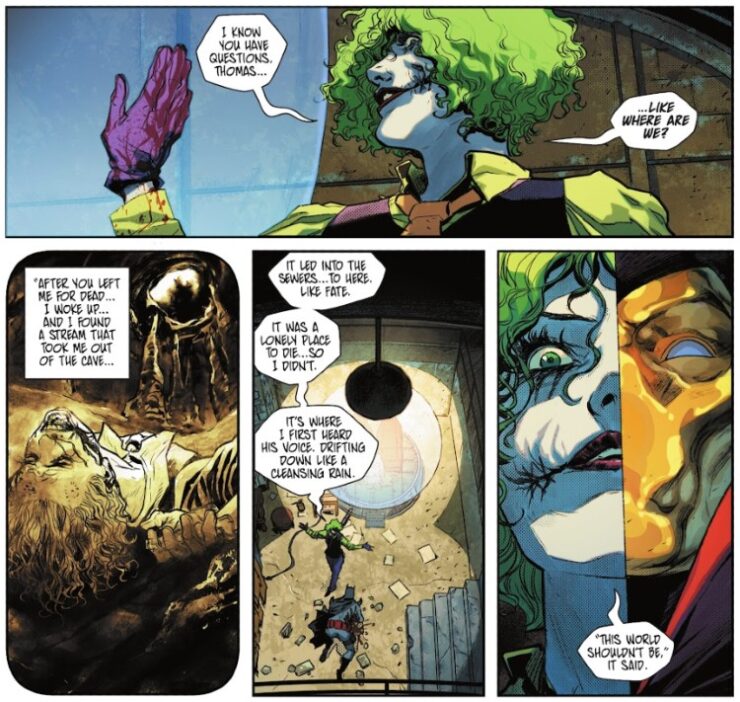 Of course, there’s also the matter of alternate Earths. Yes yes, we know, it’s just so confusing keeping track of them all. But this secret is a big one and it comes from Martha Wayne herself.

The Flashpoint timeline is a reality in which Joe Chill murders young Bruce, not his parents. This tears Martha and Thomas Wayne apart, causing Thomas to become a desperate Batman and Martha to adopt her own insane Joker persona. Things got a little trickier in the recent Flashpoint Beyond #5, written by Geoff Johns, Jeremy Adams, and Tim Sheridan with art by Xermánico and Mikel Janín, when Martha’s Joker met Psycho-Pirate.

Roger Hayden, AKA Psycho-Pirate, had the ability to transcend realities. In other words, he could travel throughout timelines and knew about the various Crises which cause worlds to collapse and restart. He arrived in Martha’s reality and told her about Prime Earth, where her son lives and is that world’s Batman. She then forced Psycho-Pirate to divulge the identity of Prime Earth’s Joker: Jack Oswald White. In Martha’s reality, White is a failed comedian working a dead-end job yet he’s happy. But not for long … Martha is determined to have the last laugh.

With the recent introduction of The Joker (Barry Keoghan) in Matt Reeves’ The Batman and plenty of casting news about Todd Phillips’ Joker: Folie à Deux, it would seem that the Caped Crusader and the Clown Prince of Crime will continue to dance around each other under the pale moonlight.

What do you think The Joker‘s real name is? Have you heard any other theories? Do you believe his backstory or do you prefer an origin that’s multiple choice?

Share your thoughts with other fans at side.show/geekgroup, and don’t forget to Let Your Geek Sideshow!