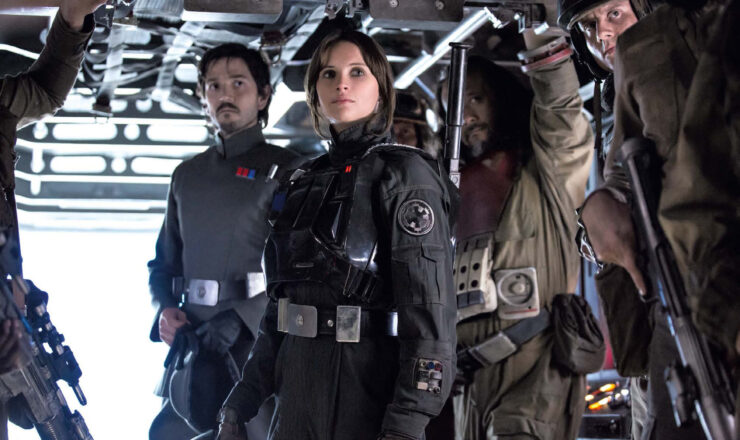 In the Star Wars™ saga, who truly started the rebellion against the Galactic Empire? It was most certainly not just one person … or was it?

Let’s examine the story of Jyn Erso™ and how she came to represent and stand for the rebellion in a way that no one else truly could.

Galen and Lyra Erso: Birth of a Spark

In 21 BBY, Jyn Erso was born on the ice planet of Vallt™ to parents Galen and Lyra Erso™, two scientists held in a Separatist prison.

Galen studied the power of kyber crystals™, the living crystals at the core of the most powerful weapons in the galaxy: lightsabers. But since Galen refused to share his knowledge with the Confederacy of Independent Systems, he and his wife were imprisoned. Eventually, they were saved by Orson Krennic™, who took them to live safely on Coruscant™. 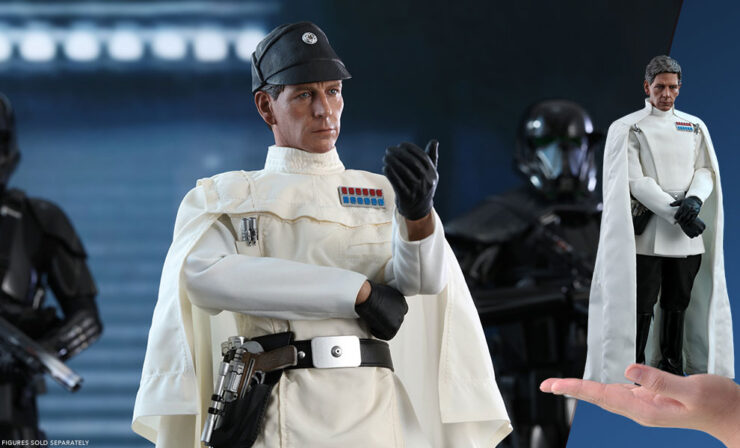 Krennic later used his favor as a way to convince Galen to work for the Galactic Empire, now run by Sheev Palpatine™. Galen was told he was working on a sustainable energy project but it was, in fact, twisted and turned into a super weapon development program. Galen believed his research was for humanitarian purposes. However, once he and his wife figured out the truth, the Ersos fought to escape Coruscant.

They were able to relocate to a planet called Lah’mu™ with the help of a freedom fighter named Saw Gerrera™. Lah’mu was untouched by the Empire, so they were truly under the radar for quite some time. The Ersos lived peacefully and secretively as moisture farmers. But they knew that the long fingers of the Emperor would reach out soon, and so they had a plan to keep their daughter Jyn safe.

It wasn’t long before Krennic came. Lyra was killed, and Galen was taken to work on the Death Star™.

Jyn Becomes a Fighter and a Rebel

Saw Gerrera raised Jyn Erso as his own child, and she became a warrior in her own right. Gerrera headed an insurgent group against the Galactic Empire, so Jyn spent much of her adolescence breaking laws and learning to truly be a Rebel.

But she was eventually abandoned by Gererra. Her family name made her dangerous to have around. Feeling abandoned by everyone in her life, Jyn Erso survived as a criminal, doing whatever it took to stay alive. She had countless aliases and countless minor and major crimes against the Galactic Empire. She was even able to escape imprisonment when she was captured.

Eventually, Rebels saved her and took her to the moon of Yavin 4™. She learned what her father had created for the Empire, and she learned about the message he left for the Rebels. And who had it? None other than Saw Gererra himself. 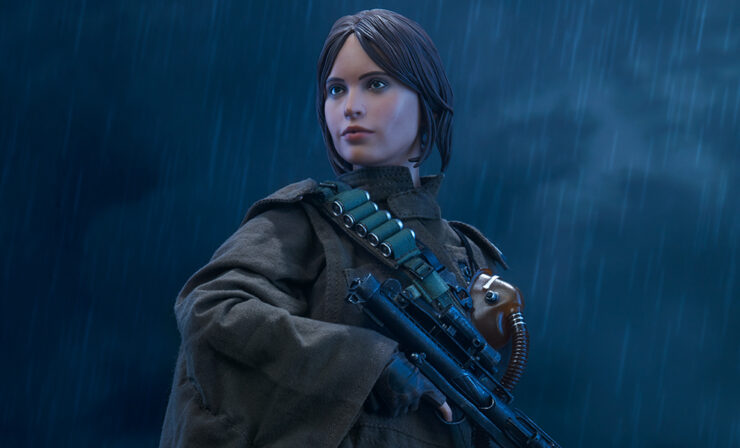 She and Cassian Andor™ traveled to Jedha™ to extract the message. Her father revealed the true devastating power of the super-weapon just moments before it completely destroyed Jedha. He also revealed where to get the schematics so that they could destroy the terrible thing he was forced to make.

Led by her heart and her intuition, Jyn Erso traveled to Eadu in an attempt to save her father’s life. But the Rebels attacked Galen’s research facility, killing him. Jyn was there holding him as he passed.

After regrouping with the Rebels, it was clear that they needed to risk everything to destroy the Death Star. The only way to do that was to find the schematics, which were being kept in a vault on Scarif™. So Jyn, Cassian, and K-2SO™ broke into the Imperial Data Vault and retrieved the schematics. Jyn’s childhood nickname “Stardust” was coded into the schematics’ hiding place, allowing her to outwit the Empire and find what her father had left behind.

Ultimately, Jyn Erso is the reason the Rebels were able to destroy the Death Star. She is the spark that lit the flame of the Rebellion. And despite the downpour of tragedy in her life, despite every moment of loss, and perhaps in spite of it all, Jyn refused to give up. Jyn refused to stop halfway. Jyn Erso gave everything she had to defeat the Galactic Empire.

Jyn Erso was not a Jedi™. She was not a Force user at all. She was simply a Rebel like any other. How do you think Jyn Erso might be worked into the upcoming Andor™ series?

What’s your favorite moment in Rogue One: A Star Wars Story™? Keep the conversation going over at side.show/geekgroup, and don’t forget to Let Your Geek Sideshow!