Meet the Characters of Level Up! with Ser Sideshow

Level Up! with Ser Sideshow is Sideshow’s first original side scrolling platformer game, created by Sideshow staffer and Pop Culture Headline podcast host, Andrew Ceco. The game is now live and ready for you at side.show/play!

There are multiple characters throughout the game, each of them with their own backstories. These characters each have a place in Sideshow’s history, and now they’ve come together for this fast-paced high-energy runner!

But there’s no need to run full speed ahead and miss out on the fun. Let’s slow down and get to know these icons one at a time. 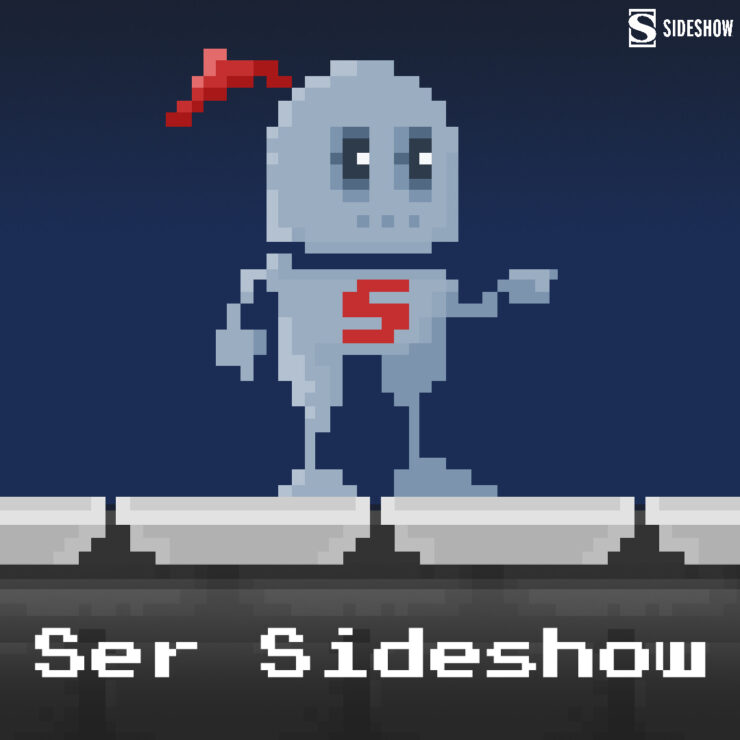 Level Up! with Ser Sideshow marks the debut of Ser Sideshow, and yes, you’re reading that right! It’s Ser spelled with an “e”, a common gender neutral honorific for knights of old. The use of Ser as a title has been used for knights since Medieval times, and it’s even used in Game of Thrones for Ser Brienne of Tarth!

In this game, you play as Ser Sideshow, sprinting towards the end of the platformer. Ser Sideshow is a character that anyone can identify with. They are fast, they are brave, and most importantly, they are determined. They are not running from anything. They are running towards their goal, which in this instance, is Sideshow Rewards. 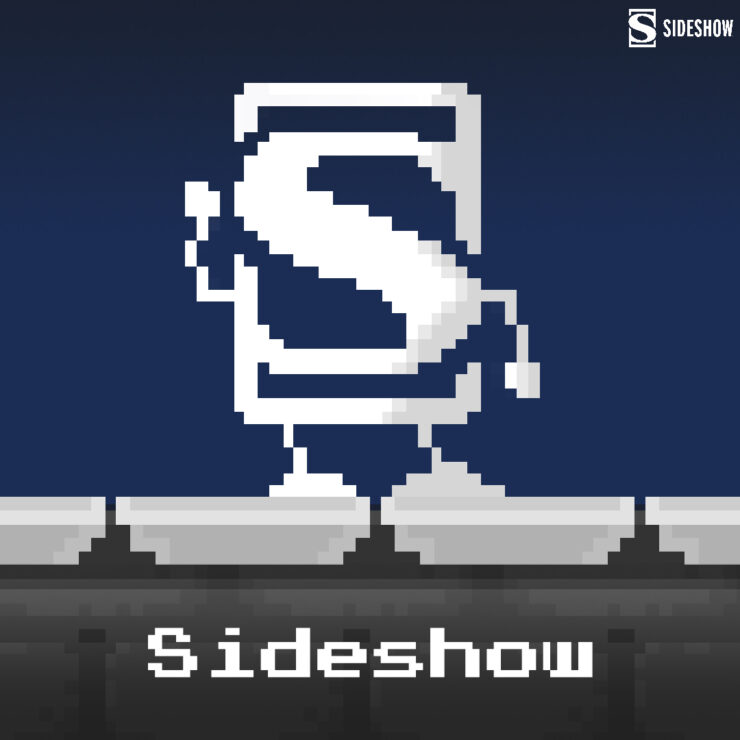 In 1994, Sideshow embarked on a mission of connecting people with their favorite characters and icons from the worlds of film, television, comic books and popular culture. Today, we are a specialty manufacturer and distributor of the most highly sought-after licensed and original collectible products, sustained by a passionate worldwide community that is committed to the lifestyle of collecting figural art.

The Sideshow Logo makes an appearance in this game with additional animation, including waving and wiggling arms and legs. It cheers you on as you try to reach your goal, just like Sideshow supporting your love of pop culture. 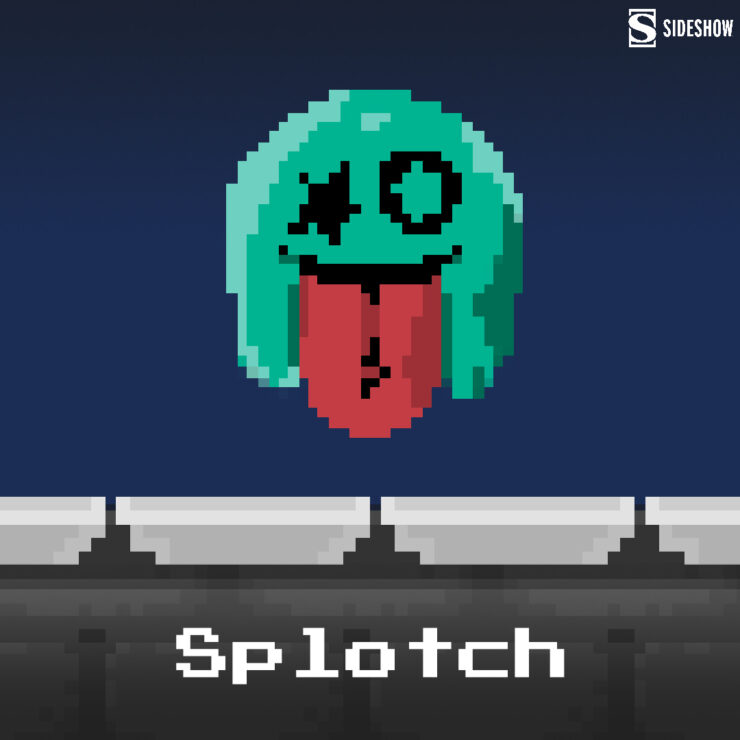 We. Love. Art. And it’s that thirst for unique designs, characters, and creatures that led us to start the designer toy brand Unruly Industries™. We want to turn the art that inspires us into limited-edition collectibles that inspire you, too.

Just like ink blots, paint drops, dabs, and dots—you’ve seen them all, now meet SPLOTCH! Splotch floats just above the ground tiles to inspire you on your journey throughout the game. It’s nice to see a smiling face now and again. 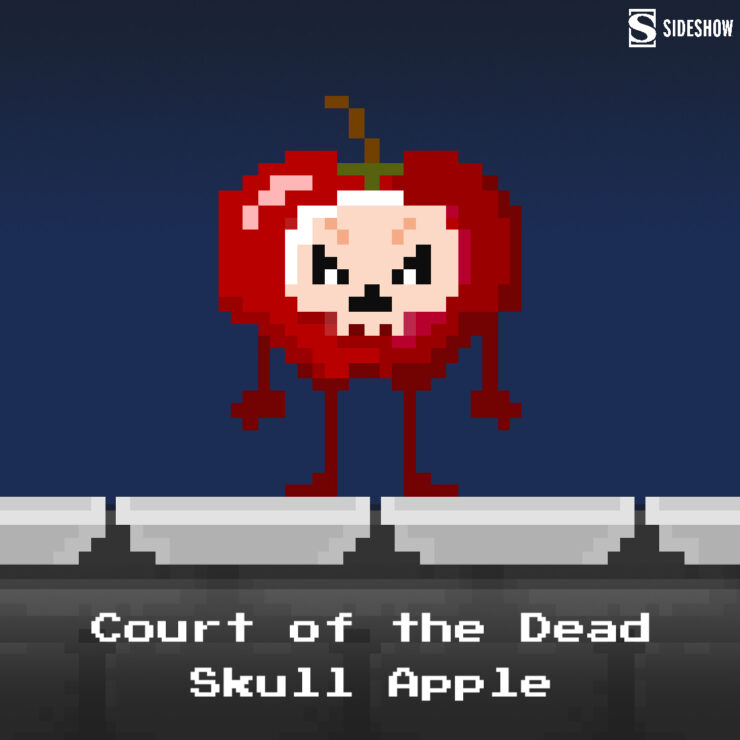 Rosy, red-cheeked apples have long been used in Sideshow photography to provide a sense of scale next to our highly-detailed collectibles. But not all apples can be as hardcore as the apple of our undead eye. These skull apples of any variety have become a staple of Court of the Dead collectibles, setting the scale and the tone of a collection.

In Level Up! with Ser Sideshow, the devious Court of the Dead Skull Apple waits patiently for what may prove to be your untimely demise… or perhaps it’s laughing just because it’s having a good time! Be sure to stop and say hi when you pass it by. 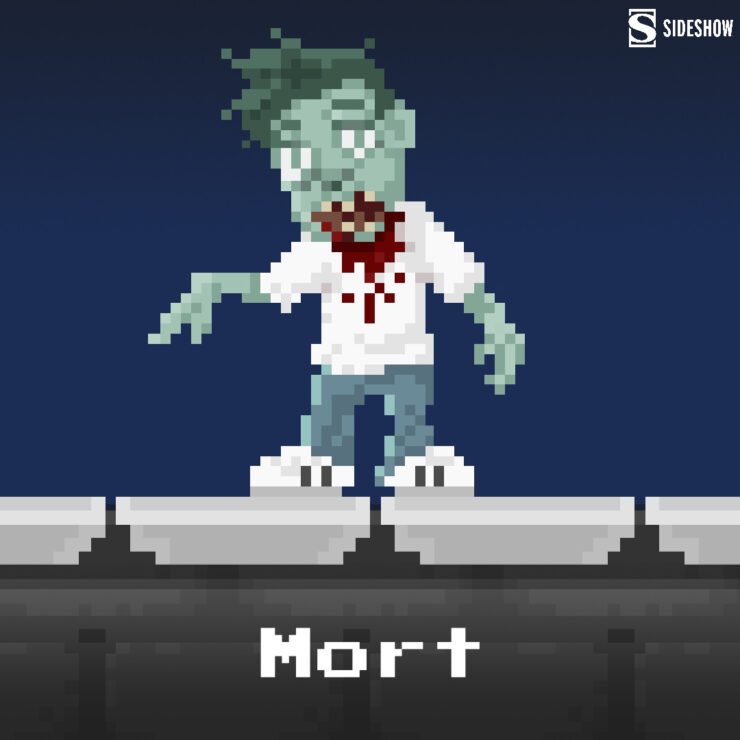 Mort is the zombie hero of The Whimsically Fatal Confrontations Between the Living and the Dead. He is the typical zombie that you might be accustomed to by now. He isn’t much for conversation, and he rarely speaks about anything other than his most immediate and constant craving: brains.

Mort is perhaps the most prepared for your mad dash through the game, waiting for you to casually breeze by. You might not expect how much of presence this casual zombie commands, but you’ll get the hang of it, or he’ll get to hang on to you! 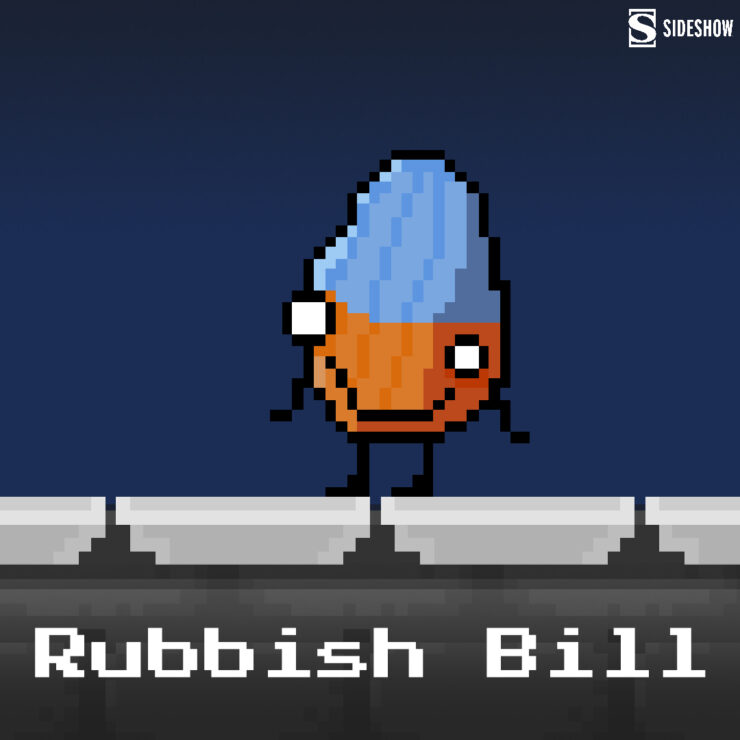 Crafted expertly by the hands of Sideshow Hosts Autumn and Paul, Rubbish Bill emerges as a testament to their dedication to Sideshow’s products and the Let Your Geek Sideshow community. A whole bargain bag of almonds painstakingly painted with a pale peacock blue, gifted with googly eyes. Bossy Boss Boss congratulated Autumn and Paul on their creative efforts, and now Rubbish Bill is here to congratulate you.

Rubbish Bill does not meet you along the road most traveled. Instead, he waits for the most dedicated of Ser Sideshow players to find him instead. He is the inside joke ready to dance into your hearts. He’s waiting for you.

Are you ready to play Level Up! with Ser Sideshow? Go to side.show/play for an opportunity to win some secret codes and catch the game’s cast in action!

Register for Level Up! Week official landing page, and read on for an overview and schedule for more. 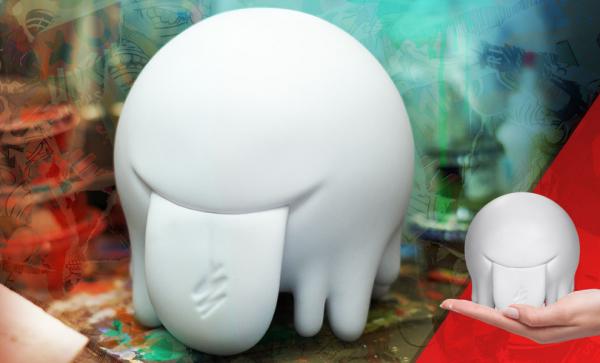 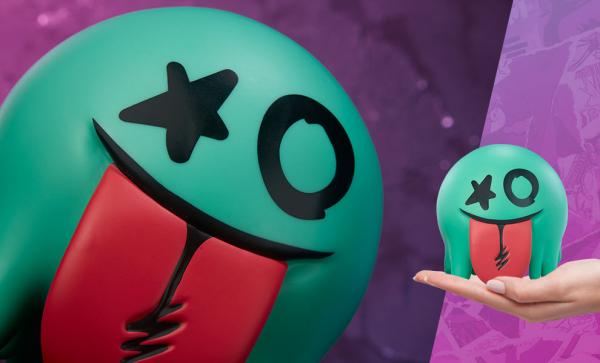