Today, Marvel Studios released an incredible new trailer for the upcoming Black Panther film, which is set to debut in February 2018.

Star Chadwick Boseman revealed the film’s poster just ahead of the trailer drop, which beautifully incorporates the blue and black color scheme with some geometrical Wakandan architecture and a star-studded cast. 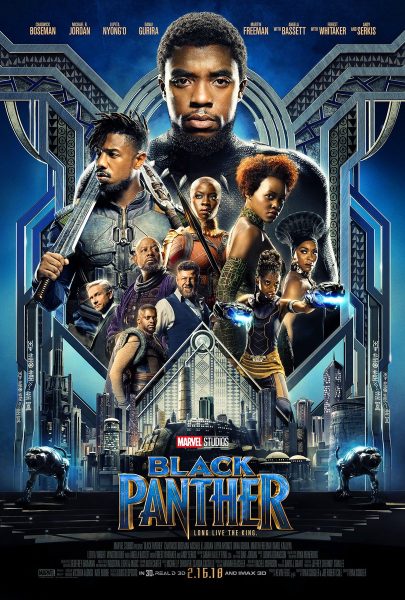 The trailer packs tons of action and grand shots of the technologically-advanced world of Wakanda as it has never been seen before.  Starring Chadwick Boseman, Angela Bassett, Michael B. Jordan, Lupita N’yongo and more, Black Panther promises “the revolution will not be televised”.

As T’Challa returns home following the events of Civil War, he must quickly decide what type of king he will become- because he has enemies coming for the throne!  Check out the trailer here.

Netflix Gets Even Stranger with Stranger Things Season 2 Trailer!