Magic and mystery abound in Marvel! Of course, in a universe populated by super heroes, we can’t be surprised by the frequent appearances of witches and wizards and warlocks — oh my! Of course, some are only third-rate magicians at best. Others are extremely powerful beings who have completely altered the world and its population.

Below, meet some of Marvel’s mightiest magic users. 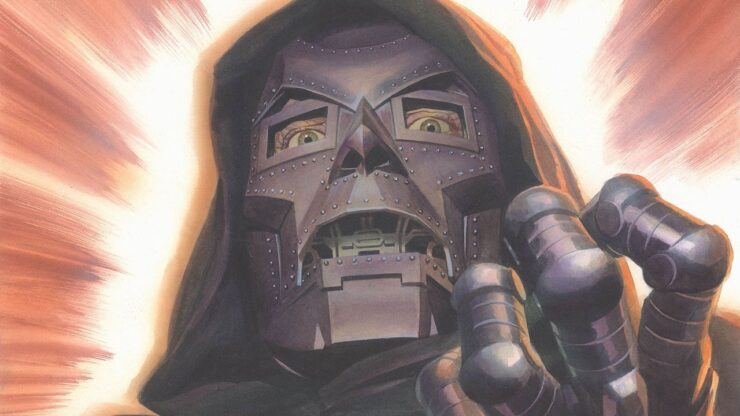 Victor Von Doom, Ph.D, is Latveria’s Supreme Leader. Scarred in an accident, he hides his injuries behind iron armor and a fearsome mask. Doctor Doom has one of the most brilliant scientific minds on planet Earth. Additionally, his magical prowess is so immense that he’s always been considered a potential candidate for Sorcerer Supreme. However, he frequently uses his powers for evil — things like “saving” humanity through conquest and making enemies wherever he goes. 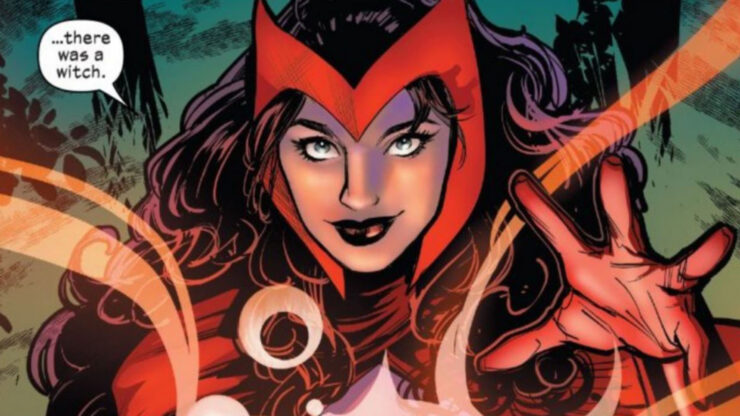 Wanda Maximoff is an extremely powerful sorceress. Known most infamously as the Scarlet Witch, Wanda was orphaned at a young age but gained control over her life — and others’ — once she harnessed her chaos magic. Unfortunately, as a conduit Wanda proves quite unstable. Her emotions often agitate her magic, causing her to do much harm to the people and world that she loves. Recently, though, The Pretender has become The Reedemer, fixing her past with some majorly complex spells for the betterment of mutantkind. 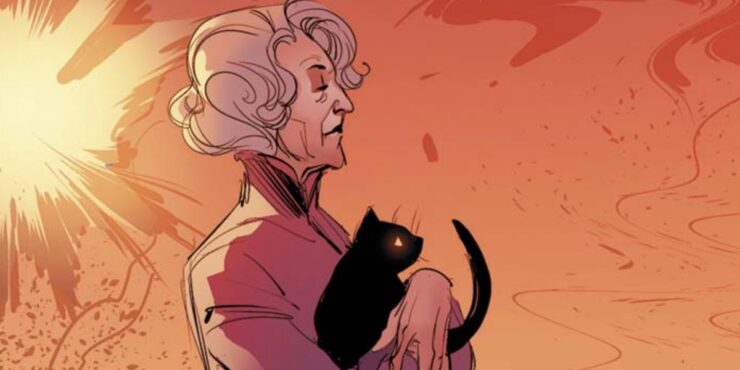 Agatha Harkness once formed and led her own coven in Salem, Massachusetts. But this ancient witch is old enough to remember hundreds of years before Atlantis sank into the ocean, and has the magical power to prove and improve her immortal existence. Later in life she even trains Wanda Maximoff in the ways of sorcery. We all know how mighty Wanda is, so her tutor must be exceptional! 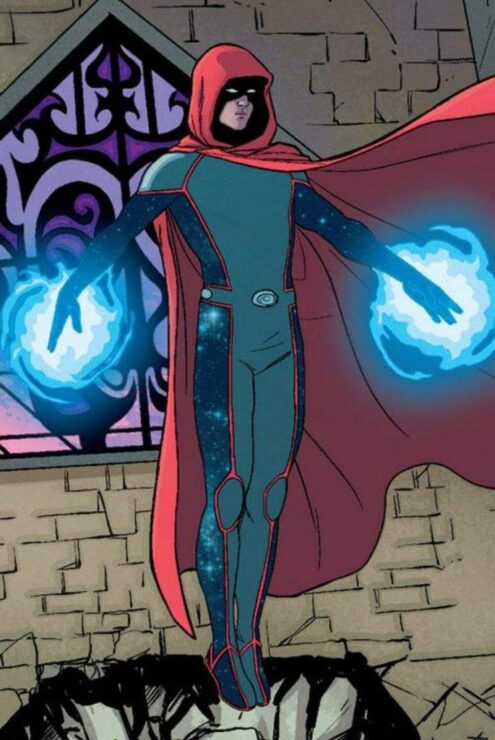 William “Billy” Kaplan, AKA Wiccan, is the Vision and Scarlet Witch’s reincarnated son. Billy is also a warlock and the Demiurge — an all-powerful, magical cosmic entity — plus a member of the Young Avengers. Many nefarious forces have attempted to harness or abuse his abilities over the years. But Billy is strong enough to defeat them all, serving as a highly respected Court Wizard alongside Hulkling, his husband and Emperor of the Kree/Skrull Alliance. 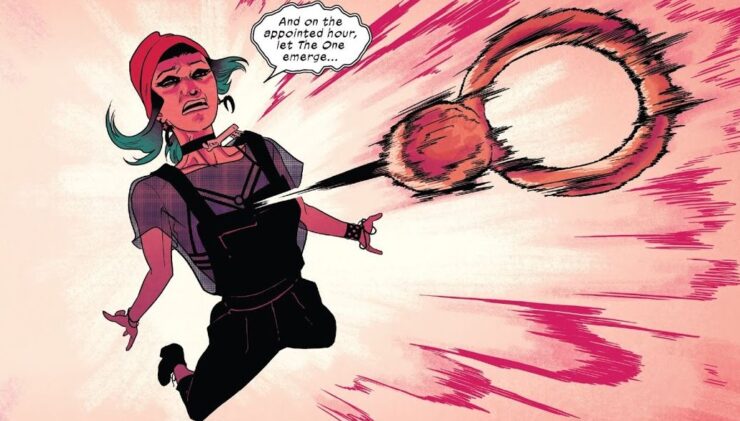 Sometimes called Sister Grimm, Nico Minoru began her super hero career as a member of the Runaways. Nico wields the Staff of One, a large mystical staff through which she channels her powers. Interestingly, the Staff can only heed her commands if the spells are different words each time. For example, “Freeze” will stop someone once, but she must say “Stop” or something similar to achieve the same effect ever again. 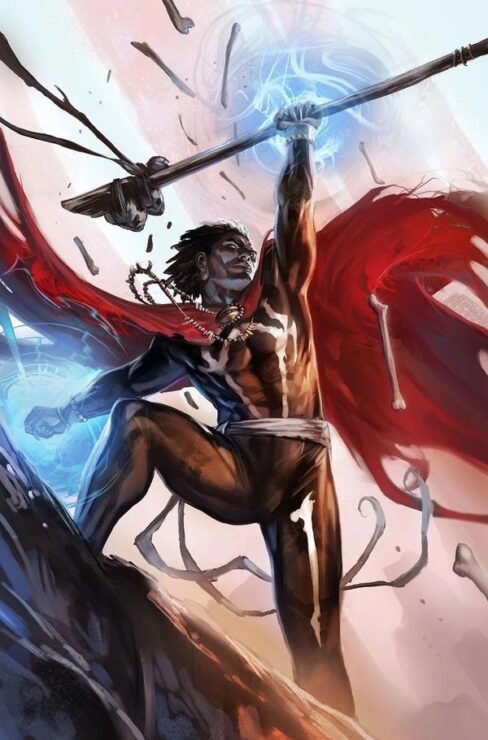 Jericho Drumm grew up in Haiti with his twin brother Daniel. Daniel was killed by a witch doctor in their adulthood, and his dying wish was that Jericho seek vengeance. Jericho and Daniel’s spirits were then bound together. Jericho, a champion of the supernatural, communed with the dead as Brother Voodoo. Later, Jericho became the Master of the Mystic Arts and thus adopted the moniker Doctor Voodoo (while also working as a medical doctor). Eventually vacating the role, he now serves as headmaster at the Strange Academy.

Clea was born in the Dark Dimension and grew up worshipping Dormammu. When Doctor Strange came to defeat Dormammu, however, Clea was intrigued by his power and decided to aide him. She was imprisoned for her betrayal. But, once rescued, Clea embarks on the long path that eventually leads to her becoming the ruler and Sorcerer Supreme of the Dark Dimension. She also serves briefly as the Sorcerer Supreme following Doctor Strange’s death at the hands of Kaecilius. 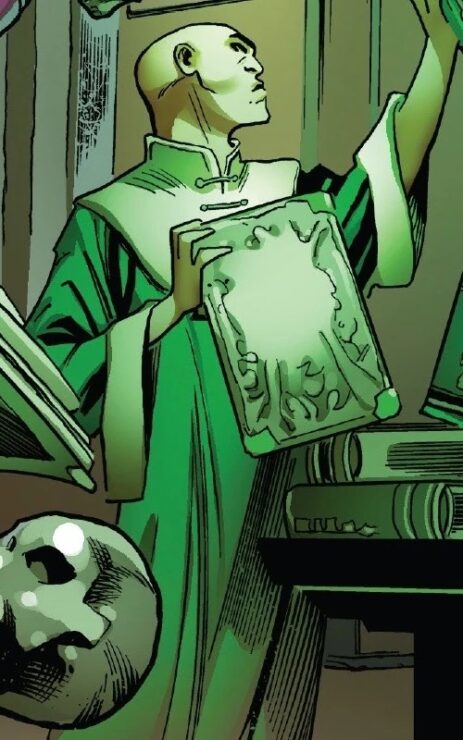 Wong is descended from a powerful bloodline of monks and occultists. At age four, he was inducted into a monastery. There he learned to harness the mystic arts and well as train in various martial arts. Once he reached adulthood, Wong was assigned to serve Doctor Stephen Strange in America at the Sanctum Sanctorum. In recent comic issues, Wong has left Strange in order to build a life of his own. 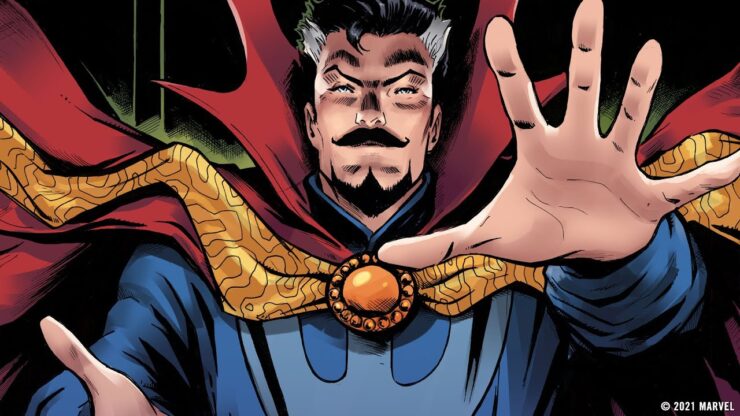 The arrogant neurosurgeon Doctor Stephen Strange lost the use of his hands in a near-fatal automobile accident. Finding no answers in modern Western medicine, he traveled to Kamar-Taj in Tibet to seek alternative methods. There, the Ancient One healed Strange’s hands and also trained him in the mystic arts. Eventually Doctor Strange surpassed his teacher to become the Sorcerer Supreme. He now assists the Avengers as their main magical ally, while also protecting the magical realms. 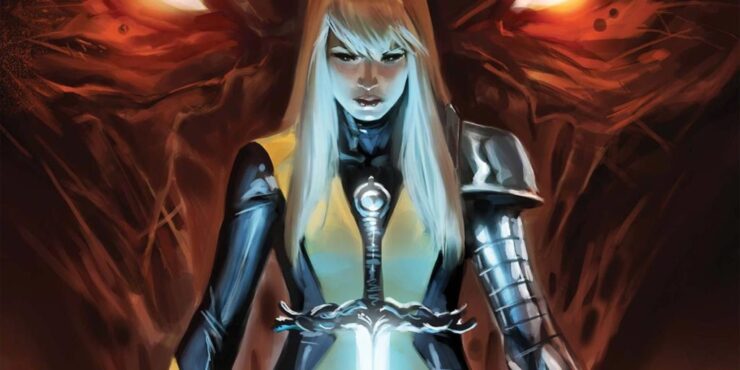 Illyana Rasputina, codename Magik, is a mutant sorceress who ruled the demonic dimension called Limbo/Otherplace after being kidnapped by the demon Belasco. Eventually she was rescued and joined the X-Men alongside her older brother Colossus. However, Illyana continued to rule over Limbo, only recently handing her throne over to Madelyne Pryor. On Earth, Magik uses her teleportation disc mutation as well as demonic sorcery to defeat her enemies. She also wields the Soulsword — a physical manifestation of her powers from the dimension she rules — and wears eldritch armor over her entire body. 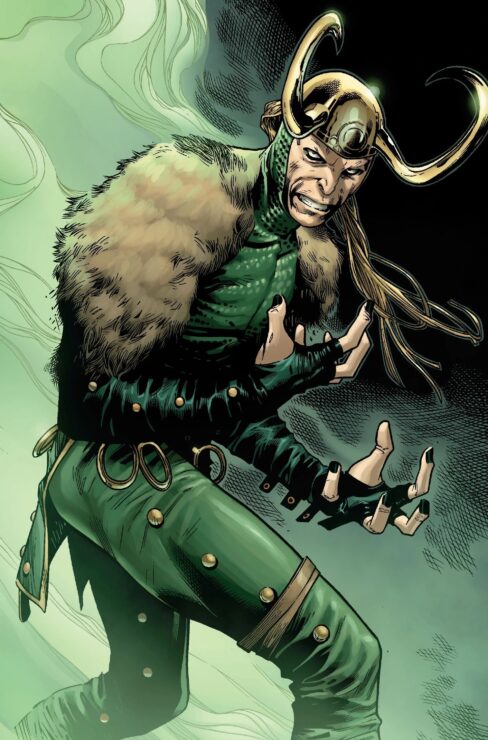 Loki was born a Frost Giant but was adopted and raised by Asgardian royalty. However, when Loki learned of his true origins, he grew jealous, embittered, and enraged. He thus began a crusade of punishment against Odin, trickery against Thor, and general mayhem against all living beings. To achieve his power-hungry goals, he utilizes powerful magic passed down to him by both of his families. Most recently Loki has been reborn as Kid Loki, who is (kind of) trying to right his old wrongs. But a mischief maker will always be a mischief maker.

Who are your favorite magic users in Marvel Comics? Connect with other fans in our Local Comics Society Facebook Group, and don’t forget to Let Your Geek Sideshow!