Marvel Television are known for successfully bringing lesser-known comic book characters to the small screen, and that looks to be a continuing theme with the upcoming arrival of Inhumans on ABC.

As the home to fellow Marvel series Agents of S.H.I.E.L.D., ABC has already managed to introduce the idea of Inhumans to the Marvel Cinematic Universe, but had in mind the for now-canceled feature film when doing so. Despite that, the first two episodes of the Inhumans TV series will be screened in IMAX, for any budding fans who were hoping to get their Inhumans kicks from a movie theater.

Rumors surrounding the project are of course rampant, while news about the show has been trickling out steadily since its announcement. Now a new slice of information has been revealed by Jeph Loeb, Head of Marvel Television and executive producer on the Inhumans TV series.

Loeb announced that Game of Thrones actor Iwan Rheon has been cast in a lead role as Maximus, and said of the actor:

“Iwan’s ability to be charming, roguish, and still completely unexpectedly dangerous were all the different sides we needed to bring the character to life. We’re thrilled to have him on board.”

“Maximus is a complex character. Likable, charming, tragic and villainous all in the same moment, and I’m very excited to have someone of Iwan’s considerable talent.” 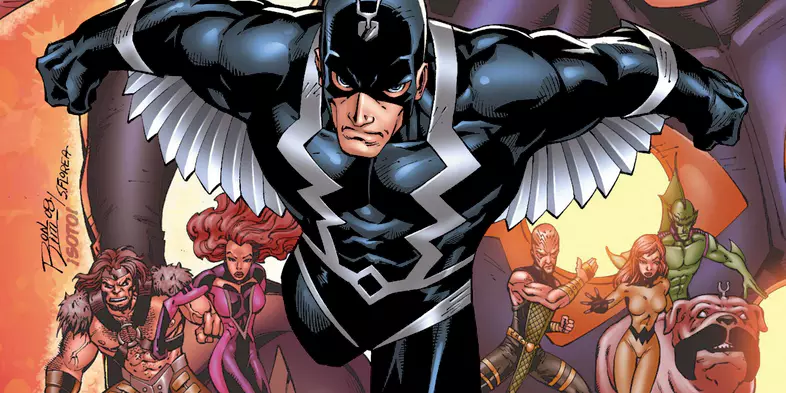 Briefly the leader of the Inhumans team within the pages of the comic books, Maximus believed his group of fellow mutants were the greatest life form on Earth. Setting out to rule them and eliminate humanity for good, it’s fair to say we’re in for a treat when he makes his live-action debut in the MCU.

Rheon has already proved his incredible acting ability through his various television roles, most notably in Misfits as the lovable and heroic Simon Bellamy; and in Game of Thrones, where he really got to show off his chops as the evil bastard son of Roose Bolton, Ramsay. With his work now done on both of those series, his new role in Inhumans is one he can really sink his teeth into.

The casting so far on the show is hugely impressive. Elysia Rotaru (Arrow, Supernatural) is reportedly up to play Medusa, while activity on social media seemed to confirm Owen Harn and Eliana Jones had been cast as Gorgon and Crystal, respectively. Those chosen to be a part of the show certainly look the part, and from what we’ve seen of them in the past, Inhumans is shaping up to be the most interesting show from Marvel Television to-date. If Donnie Yen’s supposed interest in playing Namor in the show is followed up by those behind the series, things could again be elevated to another level.

Inhumans comes to IMAX theaters for two weeks starting Labor Day weekend, prior to its television premiere on September 26, 2017 on AMC.