It’s all fun and games until someone loses an arm.

The Star Wars saga first introduced lightsabers to the world. An elegant weapon of a more civilized age, these blades are both deadly and beautiful, as they can cut through nearly anything from blast doors to your Jedi master. Oops!

With these weapons, it’s no surprise that there have been a few lost limbs over the course of the Star Wars movies. In fact, the films became famous as nearly every installment of the franchise features someone losing a hand. The Phantom Menace was the first not to have any arms getting cut off, although Darth Maul loses his legs. Since then, there has been dismemberment in varying degrees throughout the saga.

Star Wars Collectibles fans, let’s take a look at some characters that have lost their limbs to lightsabers over the years. Give them a hand, won’t you? 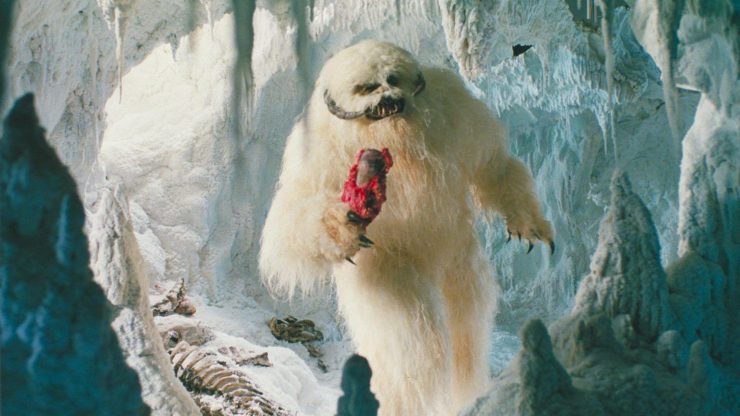 After a wampa captures Luke Skywalker and slays his tauntaun on Hoth in Episode V, the young Jedi is hung upside down inside of an icy cave, separated from his weapon.  Luke then uses the force to summon his lighsaber, and the massive snow creature gets its arm cut off as his prey escapes. Wamp-wamp. Luckily Han Solo helps Luke make it back to the base after a cozy night outside… 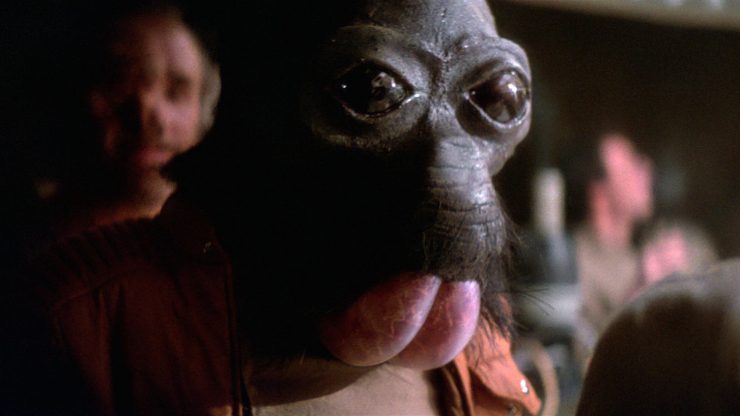 Just narrowly avoiding the destruction of Jedha in Rogue One, the smuggler Ponda Baba headed for Tatooine with his partner in syndicated crime, Dr. Cornelius Evazan. At the Mos Eisley Cantina, the pair pulled blasters on the old Ben Kenobi, not knowing he was secretly a Jedi. Ponda Baba gets his arm severed as a warning not to mess with a master.

Anakin Skywalker has the dubious honor of having every single one of his limbs cut off, and some were cut off more than once. As a young Jedi Knight, Anakin lost a hand in a battle with Count Dooku, which received a robotic replacement. He later returned the favor by removing both of Dooku’s hands.

Eventually, he lost both his legs and his remaining arm in the climactic duel on Mustafar between both he and Obi-Wan. As Vader, he had each limb replaced with cybernetic parts, but would lose his robotic right arm one last time when Luke Skywalker faced his father in Return of the Jedi. 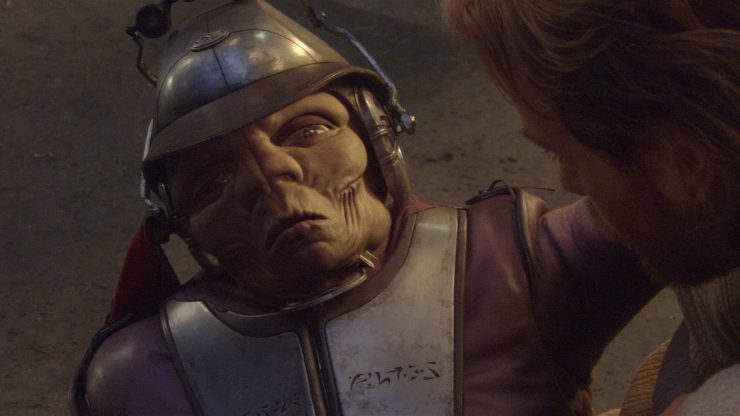 This Clawdite bounty hunter was responsible for several attempts on senator Padme Amidala’s life while she was in Coruscant. Obi-Wan and Anakin, charged with protecting Amidala, had to chase Zam Wesell throughout the city. She got her arm cut off in a bar by Obi-Wan just as she was about to shoot him. 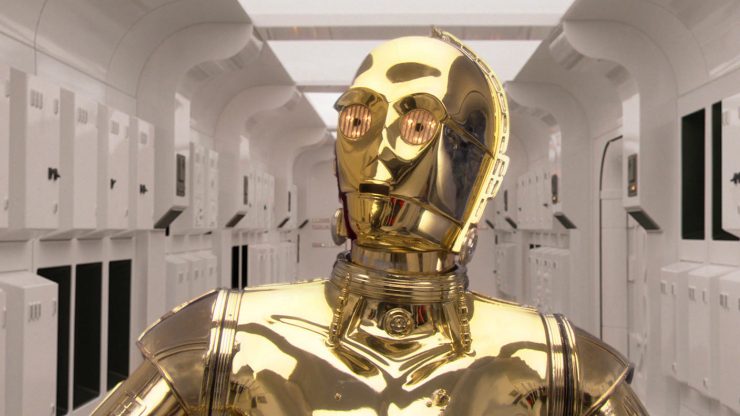 While he may not have been taken apart by lightsabers, C-3PO also shares Anakin’s frustration of total dismemberment. On Tatooine, the droid’s arm is removed by Tusken Raiders, and then on Bespin he is disassembled completely. Being a droid, he also has had his head removed, placed on a battle droid body briefly during the Battle of Geonosis.

Like father, like son. Just before learning of his lineage from Darth Vader, Luke would suffer a similar injury to his father, losing a hand over an air shaft in Bespin during The Empire Strikes Back. The young Skywalker was woefully underprepared for his duel against the dark lord, but he would eventually avenge himself in Return of the Jedi. His severed hand had held his blue lightsaber, which became something of legend by the time of The Force Awakens. 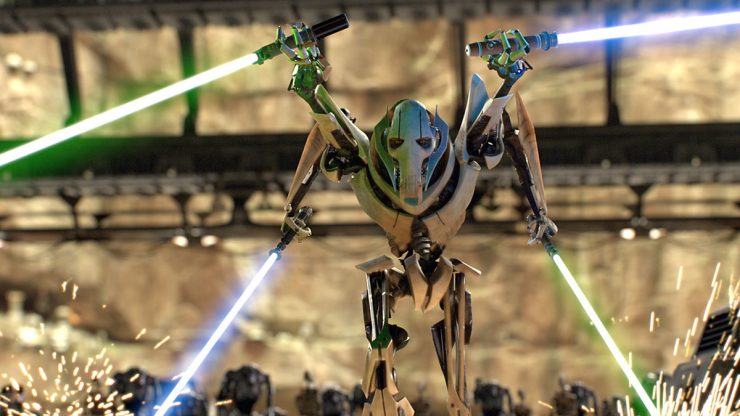 This cyborg general was a force to be reckoned with, as he could separate his two primary arms into four different limbs, each equipped with a lightsaber taken from a slain Jedi. In a rigorous battle, Obi-Wan managed to take off two of the four hands, leaving Grievous wounded but still dangerous.

Okay, so we’re starting to sense a pattern here… Maybe we should keep an eye out around Obi-Wan and his lightsaber. Despite how dangerous these weapons can be, there’s no denying that having a lightsaber would be extremely cool, even at the risk to your limbs.

Be especially careful this May the 4th if you plan to get into any Jedi duels. To reenact all the excitement without any of the danger, check out Sideshow’s offering of Star Wars figures HERE. (Okay, you can probably take the hands off the 1:6 scales if you REALLY want to.)