Most geeks got their start early. Comics, video games, and VHS and DVD cases littered our childhood bedroom floors, and we couldn’t get enough of monsters, superheroes, and extraterrestrials.

Of course, television played an especially big role in the lives of millennial geeks, roughly considered to be the generation born between 1981-1996. Here, we look at seven classic sci-fi shows that made children laugh, cry, or hide under the bed right around the turn of the century. 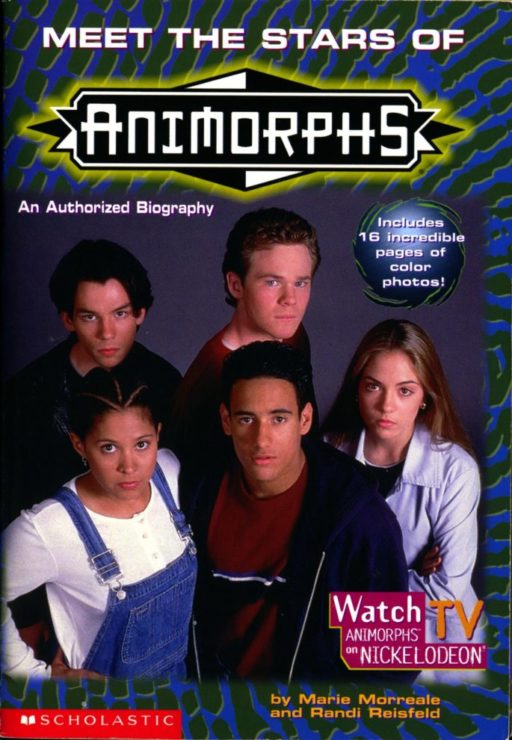 Most kids like to imagine how cool it would be if they could become animals. Add saving the world from aliens into the mix, and you’ve got the basis for a great TV show.

Animorphs was a childrens’ TV show that ran from 1998 to 1999. Based on the book series by K.A. Applegate (the writing duo of Katherine Applegate and her husband Michael Grant), the show depicted a group of teenage heroes who were granted amazing powers by an alien being named Elfangor. These kids could then transform into any animal they touched.

They used these powers to fight against the Yeerks, an alien species that sought to take over humankind. The Yeerks were small, slug-like parasites similar to earwigs or the Ceti Eel of Star Trek 2: The Wrath of Khan.

As long as the Animorphs concentrated, they could maintain their form for two hours without the animal part becoming dominant in their minds. While morphed, they could talk to people telepathically, and the morphing process allowed them to rapidly heal injuries.

The designs for the Andalites and other alien races were very unique in the books. The Andalites, of which Elfangor and Ax were members, were blue, horse-like creatures, while the Hork-Bajir were more reptilian.

However, these elements were thought to be better envisioned in the book series than the TV show, as the budget wouldn’t really allow for convincing creature adaptations. The authors and book fans actually played a large part in the show being cancelled. 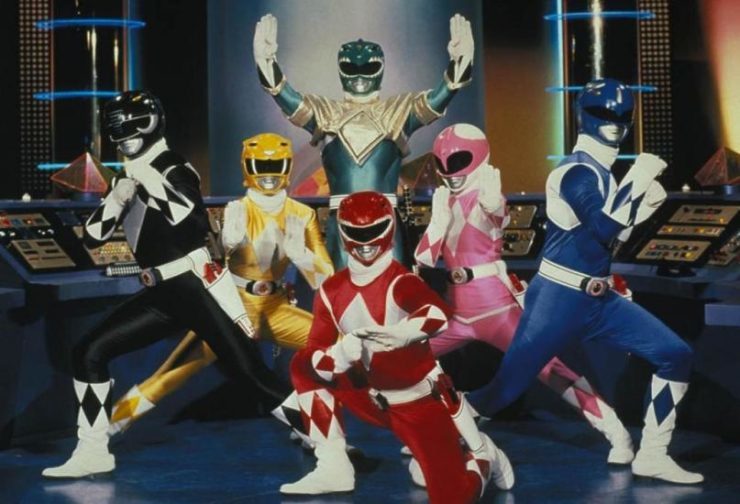 Since 1993, there have been over 20 individual Power Ranger shows, all based on the highly successful Super Sentai franchise of Japan. Haim Saban was responsible for taking stock footage and plotlines from the many Super Sentai series and transforming them into Western pop culture with American actors.

While the franchise is still going strong, there’s no doubt in any 90’s kid’s mind that the original Mighty Morphin Power Rangers was the best. This first show set the template for all subsequent shows, each following the same general formula. Kids get powers, kids fight aliens, kids fight monsters, kids drive mechas, and so on.

The original iteration focused on a group of teenagers who were granted superpowers by a powerful being named Zordon. They were then able to transform into their color-coded alter egos, fighting against Rita Repulsa and her army of villains from outer space. Each Ranger drove a mecha known as a Zord, and the machines could combine to form a Megazord. The first Power Rangers had abilities and appearances based on dinosaurs, while later series were based on ninjas and similar archetypes.

Though some critics see this first series, and indeed all of them, as juvenile kids’ shows heavy on the cheese and light on the quality, people simply cannot deny that they are fun. There was lots of comedy to be found in Zordon’s robot Alpha 5, as well as the two high school bullies, Bulk and Skull.

Being Japanese in origin, the American adaptations all feature the best that Japanese sci-fi has to offer – giant monsters portrayed by actors in suits, creatively designed aliens, and the metaphorical monster-fighting that constitutes growing up in a difficult world. 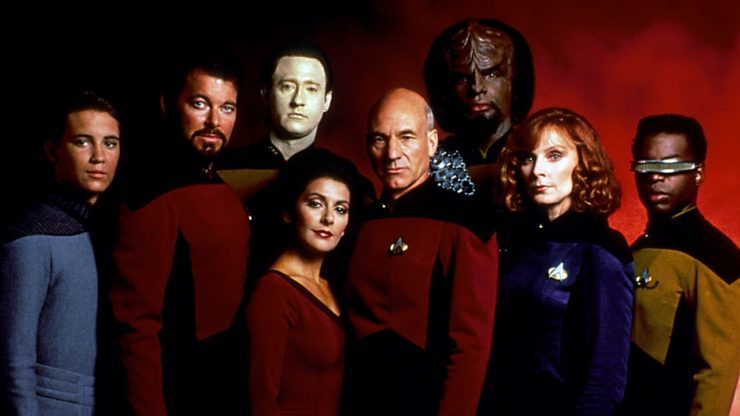 Star Trek has been around since 1966. There are many adult themes and high-brow scientific plot points, but anyone who grew up after the 60s at least heard of the show as a child. Therefore, it’s an integral part of childhood for countless people, including many millennials.

All Star Trek series centered on the Starfleet organization, a group within the United Federation of Planets that sought contact with all the life forms of the galaxy. Most of the material focused on exploration, but Deep Space Nine centered on war and drama, a trend continued by the ongoing Discovery series of CBS All Access.

Perhaps the most important Star Trek for millennials was The Next Generation, which ran from 1987 to 1994. TNG is so beloved that a continuation of it will soon be released, based entirely around the popular character of Jean-Luc Picard. 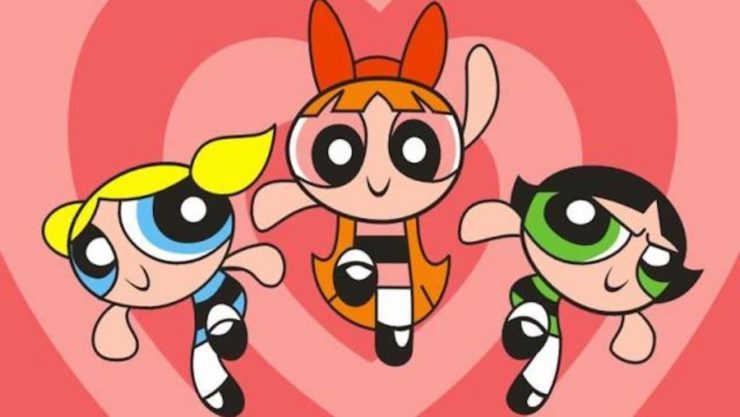 No millennial childhood would be complete without The Powerpuff Girls. Created by Craig McCracken for the Cartoon Network, the show centers on three young girls named Blossom, Bubbles, and Buttercup, who were created by a scientist and father figure named Professor Utonium. Throughout the series, the PPG fight crime as well as giant monsters.

It’s certainly a cool idea to condense all that is tough and exciting about superheroes into 5 year old children, and the show is every bit as interesting as any other superhero show, especially for kids.

The animation has a wonderfully bright style, and the voice acting has been praised by fans since the series’ launch in 1998 (though pilot episodes were shown a few years earlier). One character, the bumbling buffoon of a Townsville mayor, is portrayed by Tom Kenny, who would later go on to voice SpongeBob and other characters. Kenny also voiced the narrator, giving the show a classic 20th century comic theme.

Of course, the Girls themselves are the main stars. Blossom is a fearless leader with confidence to spare, Bubbles is an upbeat, bubbly child with lots of enthusiasm, and Buttercup is quite the tough cookie when it comes to her attitude.

A revival, which continues to produce new episodes, was launched in 2016. 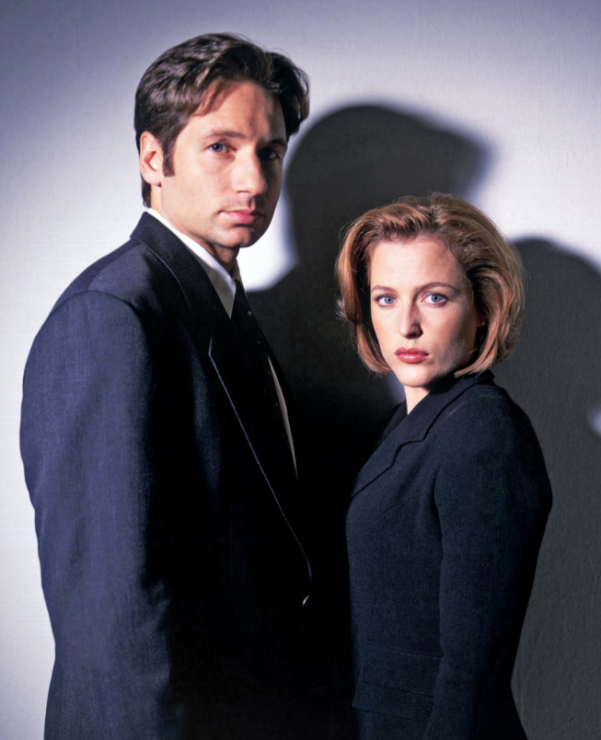 From 1993 to 2002, we all wanted to believe. The X-Files was one of the greatest shows of the modern age, and while it was geared chiefly towards adults, most kids of the 90s at least snuck a few glances. Even people who have never seen an episode can still recognize Mulder and Scully, and many cop shows have admittedly borrowed elements from the characters’ relationship.

The show begins with Dana Scully, an FBI agent/doctor with a skeptical mind, being assigned to work with another agent, Fox Mulder. Her new partner constantly tries to solve “spooky” cases that the FBI either ignores or doesn’t take seriously. Scully remains a skeptic for a good while, but she slowly starts to see that Mulder is right – the truth is out there, and it’s terrifying.

Over the course of 9 years, the agents discover a plot orchestrated by powerful men to assist aliens in colonizing the planet. Shape-shifting aliens and virus-spreading black goo constantly bring woe to Mulder and Scully, and their fight against the far-reaching conspiracy often seems hopeless.

Many episodes of the show focused on monsters and serial killers rather than aliens, and the program became something like a new age Twilight Zone.

A revival was launched in 2016, consisting of two extra seasons. Some critics and fans loved the new episodes, while others were upset about the strange retcons brought to the series’ storyline. Of course, the creators had to change a few things, as the Colonists from the original series were actually supposed to take over Earth in 2012. That, of course, didn’t happen, or at least not in the way everyone expected. 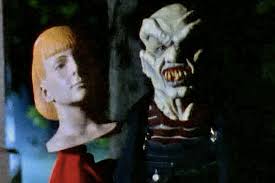 Carly Beth got more than she bargained for.

Based on R.L. Stine’s mega-popular book series, the Goosebumps TV show ran from 1995 to 1998 on the Fox Kids Network. Rated for kids 7 and up, it actually had the power to create nightmares and it served as an introduction to horror for many millennials.

Usually focusing on preteens who found themselves in supernatural situations, the episodes varied greatly in theme and quality. Some were lighthearted attempts at being scary, while others were pure nightmare fuel.

One episode stands out in particular. The Haunted Mask, a story about a girl wearing a Halloween mask that takes over her body, is still terrifying to some adults. Its screenplay was clever, and it used metaphorical imagery a cut above most other kids shows. Badness taking over the goodness, the dangers of selfishness and revenge, and being comfortable in your own skin are things we can all relate to.

A few episodes were taken directly from the books, but many of them were original stories. The stories were well written more often than not, with a good portion of them penned by Billy Brown and Dan Angel, who had also written scripts for The X-Files. 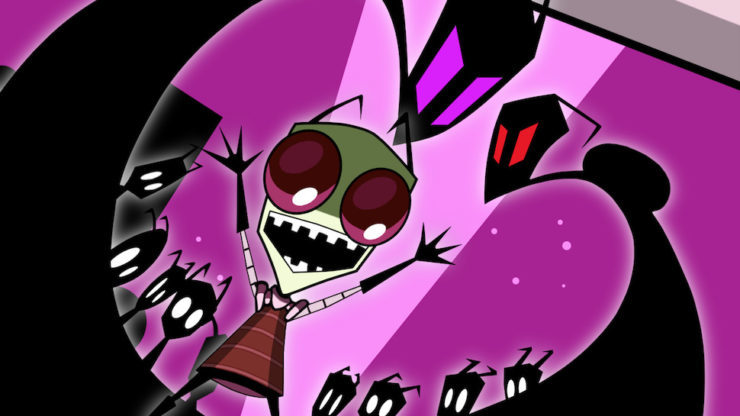 Invader Zim had it all as far as sci-fi fans were concerned. It featured diabolical aliens, interesting character designs, and surprisingly dark and well-thought out storylines.

First airing on Nickelodeon in 2001, it has gone on to become a cult series. The series focuses on Zim, an alien who poses as an Earth child in middle school. His ultimate goal is to take over the planet with the help of GIR, his silly robotic companion. No one suspects Zim aside from a goth-looking boy named Dib, a child absolutely obsessed with technology and the paranormal.

Zim is a flawed and clumsy character from a species that prides itself on domination. He was sent away by his bosses, the Almighty Tallest, just to get him out of the big boys’ way. However, the “fake” planet they send him to actually turns out to be a real place: Earth, a planet of mostly stupid beings.

Zim is never taken seriously by his fellow aliens, but he still manages to cause quite a bit of mayhem. Some of his methods were actually disgusting or disturbing to watch, such as literally harvesting the organs of schoolchildren. Of course, being a kids show, it never went full on horror – but it got pretty darn close.

What was your favorite sci-fi show as a kid? Sound off in the comments, and don’t forget to Let Your Geek Sideshow!

It's Survival of the Fittest! Meet the Characters of Street Fighter