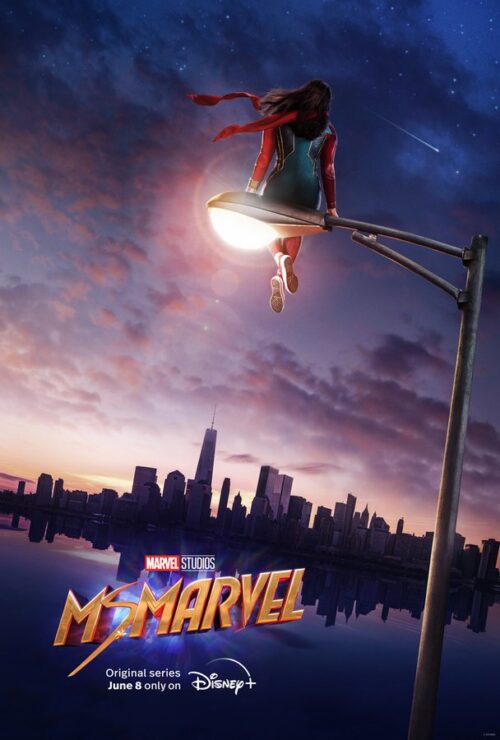 Disney and Marvel Studios have released a poster as well as the first trailer for the upcoming original series Ms. Marvel. Premiering on June 8, 2022, Ms. Marvel follows the adventures of New Jersey born Kamala Khan, who is navigating superheroism and high school. You can watch the trailer NOW here or on the Marvel Entertainment YouTube channel.


Now that you’ve seen it, join us below as we analyze all the Easter eggs and other goodies from the Ms. Marvel trailer! 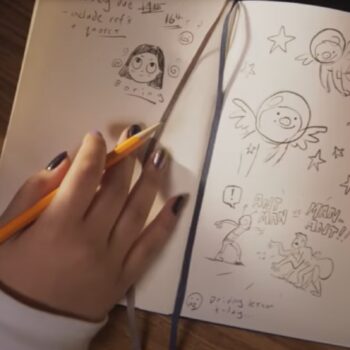 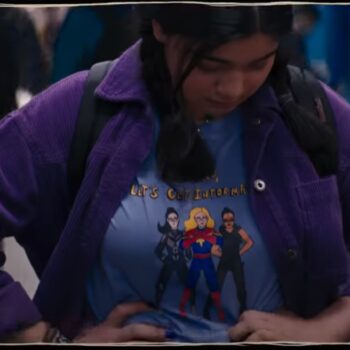 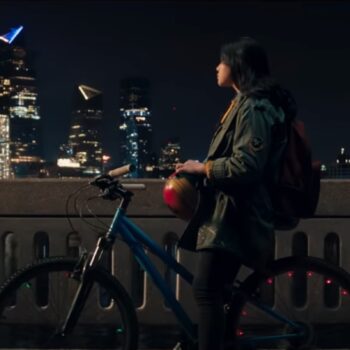 Kamala Khan is an avid Avengers fan. She writes fanfic, posts about them online, and specifically adores Captain Marvel — once known as Ms. Marvel. The new Ms. Marvel trailer opens with Kamala daydreaming and creating comedic doodles of the hero Ant-Man. There’s also a winged astronaut sloth — a reference to her fanfiction pen name SlothBaby — and some notes about her schoolwork, like an essay due date.

Later, Kamala is mocked for her shirt, which includes cartoon depictions of Captain Marvel, Valkyrie, and Wasp along with lyrics from Beyonce’s “Formation.” She also has an Iron Man bike helmet. In the comics, Tony Stark briefly mentors Kamala. Similarly, Wolverine helps her out — but given the unclear X-Men situation within the MCU, we don’t know if Logan will make an appearance. 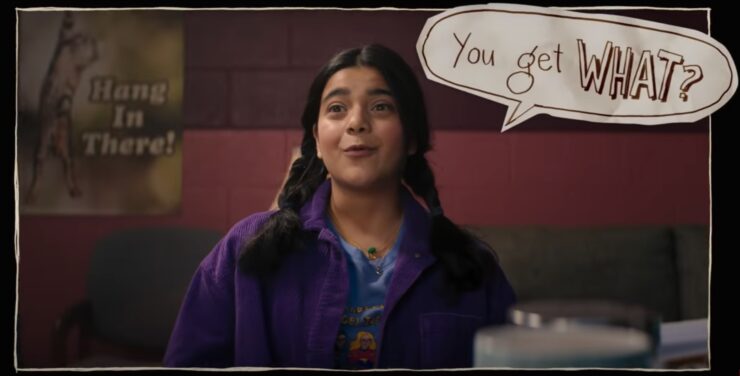 A lot of the trailer takes place at Kamala Khan’s high school. Inside the guidance counselor’s office, we get a cool dialogue effect where words are shown inside paper speech bubbles. There’s also capital letter onomatopoeia for pen clicks and various other sounds. In fact, the whole trailer is cropped into what resembles a comic book panel, with moving borders making up a frame within the typical trailer frame. Later, we also see emojis as well as squiggly hearts to denote Kamala’s emotional responses — ideally this adorable art will remain in the episodes when they air. 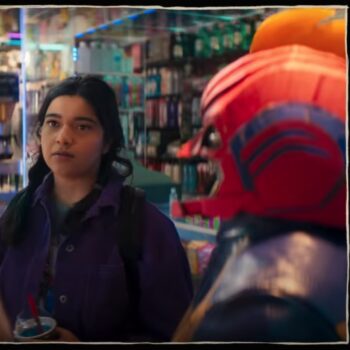 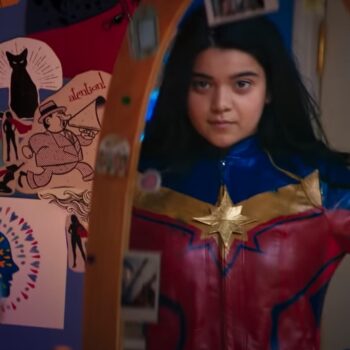 We already know from initial Ms. Marvel teaser footage that Kamala Khan wears a store-bought Captain Marvel costume for her super shenanigans. In this first official trailer, we see that costume displayed on a mannequin. Kamala daydreams about herself wearing the suit. Eventually, we see our protagonist posing in front of her bedroom mirror, presumably having purchased the costume. She also excitedly proclaims “I’m a super hero!” while wearing it outdoors.

“It’s not really the brown girls from Jersey City who save the world,” Kamala Khan laments in what must be an emotional crisis moment. Like the comics, Kamala’s TV show will explore her struggles with belonging and belief. She is attached to her family, to her heritage. She prays at mosque and wears traditional Muslim clothing, but she’s also trying to branch out to discover her individual style and understanding of the world. The overwhelming pressures of being a super hero as well as a young adult will collide, amplified by Kamala’s minority identities. It’s a vital story to tell that will likely be done the utmost justice thanks to the creative team. 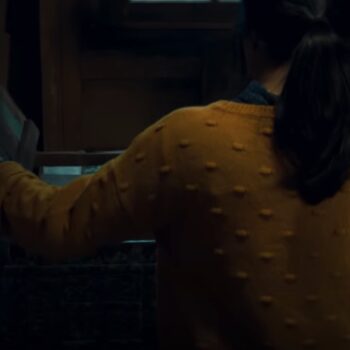 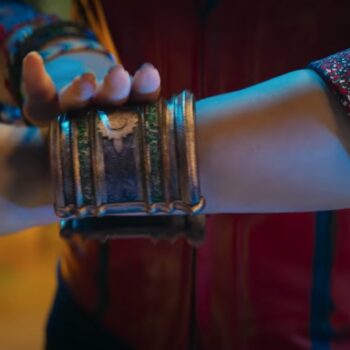 On a rainy night, Kamala Khan discovers an old shed. She walks through various boxes and covered furniture, her only light a dim flashlight that illuminates a case of some sort. She opens it to find an antique piece of jewelry — a cuff, or thick bracelet, encrusted in gold or bronze and jade or emerald. When she presses it in the high school gymnasium, the bracelet gives off a blue and purple glow that radiates through her entire body. She also falls into a different dimension — possibly the multiverse? Presumably, this is her super hero origin story. 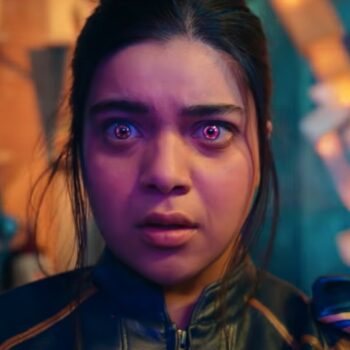 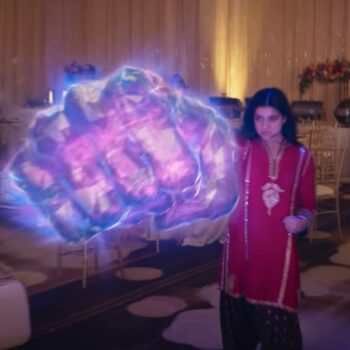 The biggest change from page to screen is Kamala Khan’s powers. In Marvel Comics, Kamala is a polymorph who can stretch, shrink, and bend almost like Mr. Fantastic. This trailer links her powers to a mysterious artifact instead. And while we see glimpses of her using this cosmic bracelet for “embiggening” her fist and body, it’s in congruence with glowing eyes, crystalline blue light, and blue and purple shields. She can also create chunks of this luminous structure to walk upon or close doors. These variations are far more similar to, though also much broader than, Carol Danvers’ Tesseract-induced abilities.

While there’s plenty of antagonists in the Ms. Marvel trailer, including SWAT soldiers and people in crisp business suits, we don’t have names or faces for these villains. The best shot we get of them is silhouetted, their features and even clothing obscured by smoke. Who are they? Kamala Khan has battled foes such as The Inventor, Dr. Faustus, Lockdown, Discord, and even Kang the Conquerer. Guess we’ll just have to wait and see who exactly her MCU enemies could be. 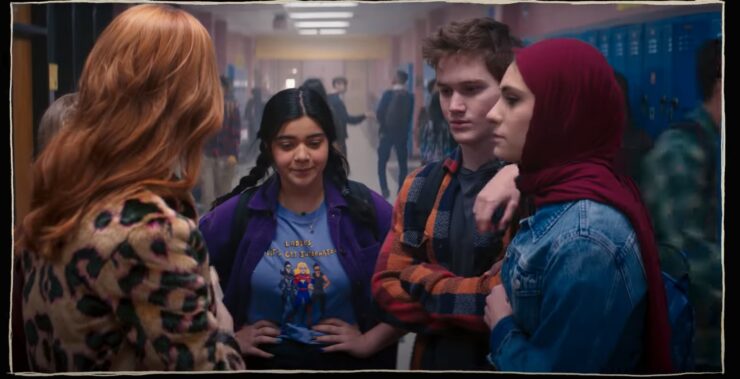 Kamala’s main allies include her best friends Bruno Carrelli and Nakia Bahadir. Both BFFs are in the trailer, although we see a lot more of Bruno. Additionally, Kamala seems to first confide in Bruno about her newfound powers, which is how it happens in the comics.

Blink and you’ll miss him, but Red Dagger also appears in the Ms. Marvel trailer! This character, whose real name is Kareem, is an old family friend of Kamala’s. He usually protects the people of Pakistan as a masked hero, but later participates in an exchange student program. Kareem lives with the Khans during that period. 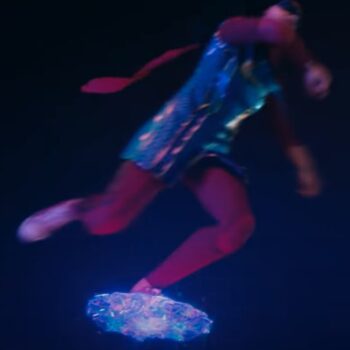 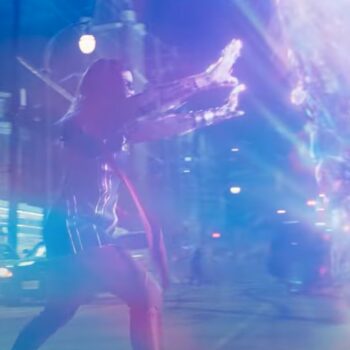 In a few blurry action sequences we see Kamala’s true costume. Entirely her own, the dress and leggings combo features Captain Marvel’s colors but uses an original design, plus a flowing scarf and a mask. Kamala Khan wears sneakers, too, illustrating both her youth and practicality. We’re excited to see how and when Kamala gets her final look.

What did you think of the Ms. Marvel trailer? Did we miss any Marvel Comics or MCU references? Let us know in the comments, and don’t forget to Let Your Geek Sideshow! 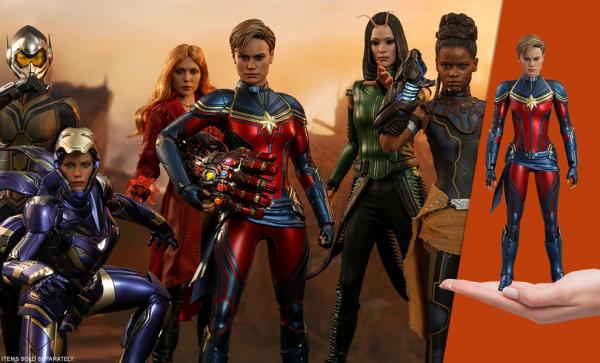 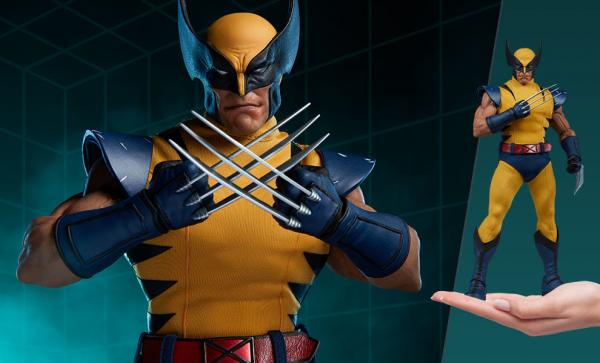 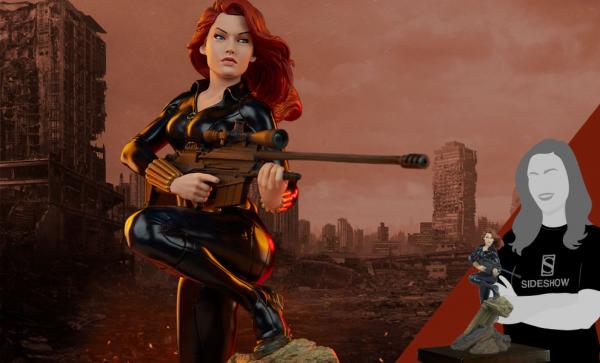 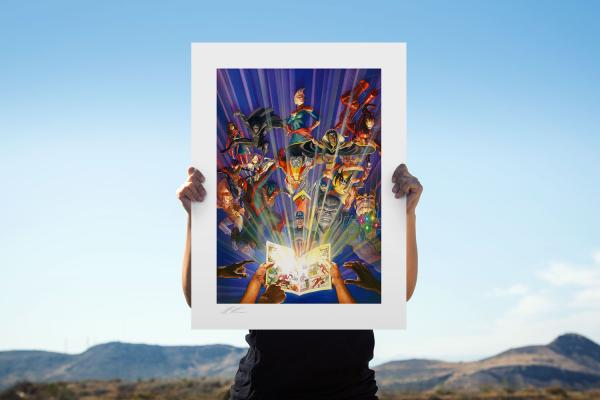