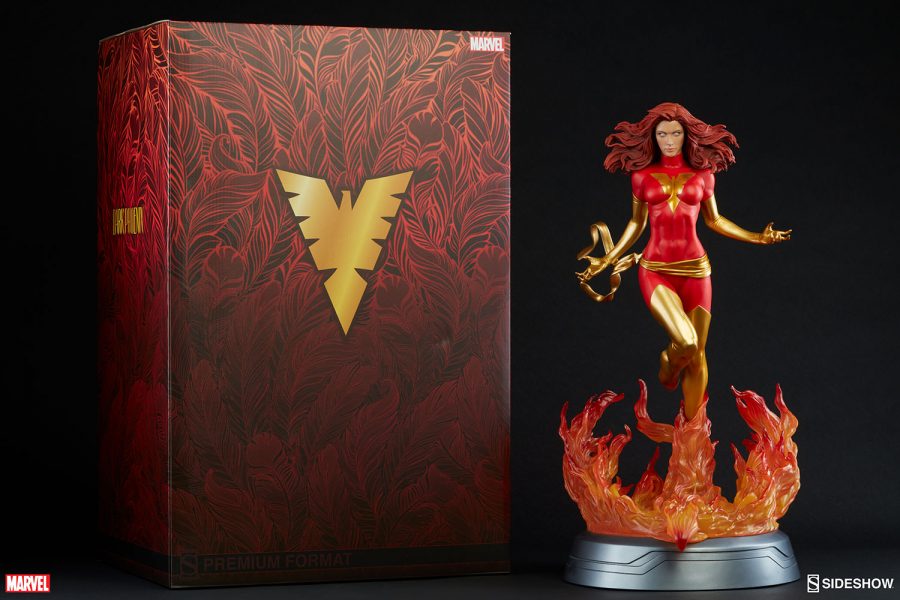 New photographs have been released of one of our most eagerly anticipated limited edition Premium Format™ Figure – the Dark Phoenix!

Consumed by her own vast psychic potential and corrupted almost beyond recognition by the energies coursing through her body, Jean Grey was transformed into the Dark Phoenix. She became the biggest threat the X-Men had ever encountered, a being of almost godlike power, capable of destroying worlds and wiping entire species out of existence!

Taking their inspiration from what is considered by many to be one of the greatest X-Men story arcs, Sideshow’s artists have crafted an all new museum quality sculpture to add to our Premium Format™ line up! Clad in her magnificent red and gold costume, Jean Grey rises from a seething mass of fire and energy that takes the form of the mythological phoenix -She seems to almost imperceptibly drift forwards, held aloft by the power of her very mind! 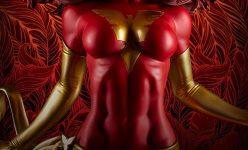 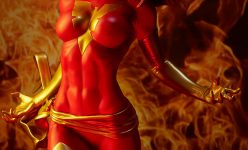 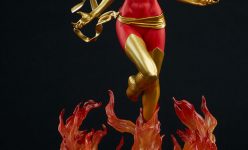 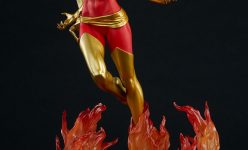 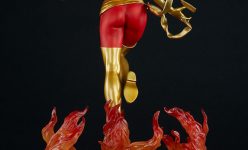 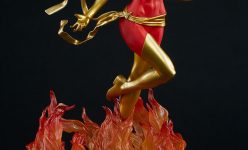 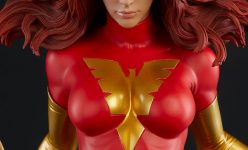 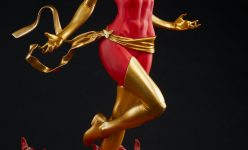 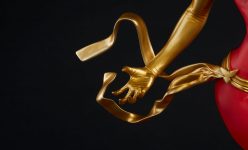 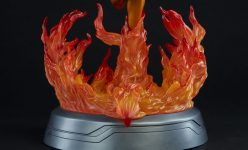 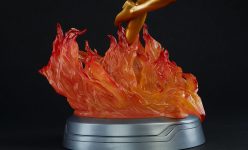 Standing 22” high and 13” long, this Premium Format™ figure is an epic representation of an iconic moment in comic book history. It perfectly captures the grace and beauty of Jean Grey and the chaotic maelstrom of energy that is the Dark Phoenix. Her flame-red hair floating around her head and her face locked in an expression of cold fury, her milky white eyes staring unblinkingly at some unseen goal or destination.

Add the Dark Phoenix Premium Format™ Figure to your collection of Marvel memorabilia and see for yourself the power that she wields! The Sideshow exclusive version of this limited edition collector’s piece features a variant Jean Grey portrait showing her face unmarred by the Dark Phoenix’s energies. 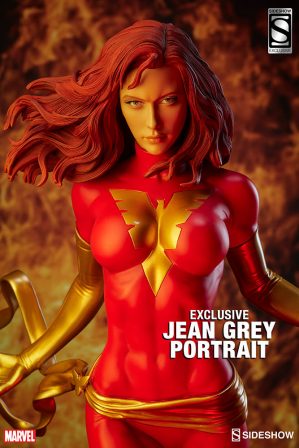 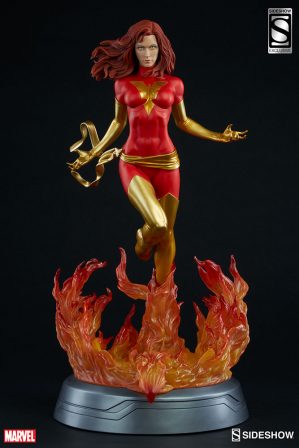 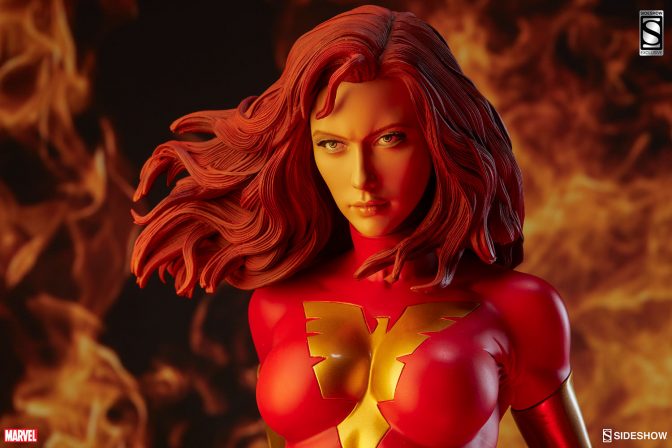