We will begin with the stalker of dreams himself, Freddy Krueger… 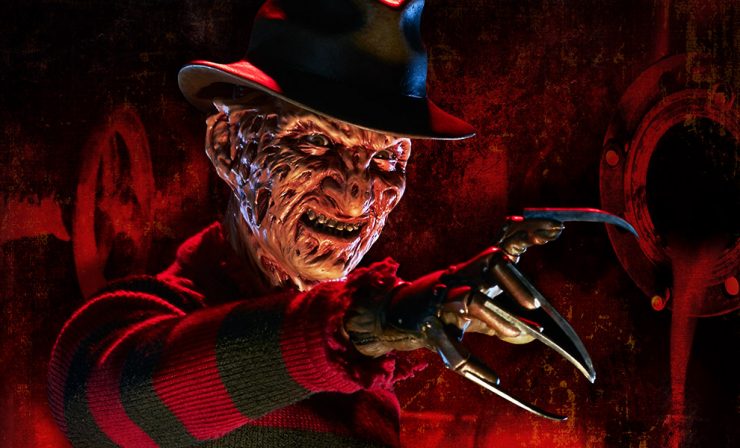 In life, Freddy Krueger was a serial killer who preyed on small children. After being caught, and subsequently let off due to a technicality by the police, the citizens of Springwood, Ohio, trapped the murderer and burned him alive. As the building burned, rather than accepting his fate, Krueger struck a deal with some Dream Demons so he could continue killing the children of Springwood via their nightmares.

Freddy Krueger is nearly omnipotent as long as he is inside someone’s dreams. There he has displayed a vast array of powers including but not limited to transformation, super strength, telekinesis, and regeneration. Additionally, any wounds, mortal or otherwise, that Krueger inflicts on his victims in the dream world will also appear in the real world. On top of this, he is quite skilled in using his clawed glove in both an offensive and defensive manner.

In the dream world, Freddy lives on fear. If no one is afraid of him, he can have his powers taken away from him. Easier said than done however… Other than that, he has been shown to have some adverse effects (and possibly even fear) to fire and mirrors.

The one sure-fire way to defeat Freddy is to pull him out of the dream world, and into the real world. This would require someone to get very, very close to the Springwood Slasher, which many would be hesitant to do. Once pulled into the real world, Krueger is mortal, however that doesn’t mean he will be easy to kill.

If you do somehow manage to do all of this, and kill Freddy in the real world. Congratulations, you earned yourself a few nights of good rest before the Dream Demons decide to resurrect their favorite agent of fear. As always, Freddy Krueger will return.

Don’t fall asleep in Springwood, Ohio and you may be okay. Maybe. No promises.

Looking to add Freddy to your collection of maniacs, monsters, and madmen? You can find him available right HERE at Sideshow!

And stay tuned for more Spooktacular fun and mischief right here on the Sideshow blog all week long!

What You Are Missing on Sideshow Instagram- October 23rd Edition