In a recent interview with Collider, Obi-Wan Kenobi™ director Deborah Chow cited Sideshow’s Mythos line as a source of inspiration for the series. Chow explains:

“There’s a statue of Kenobi during this period, a Sideshow statue that really felt sort of visually that it encapsulated what the feel of the character was at this moment. And it actually became quite a reference that I would continue to go back and look at.”

Chow then goes on to reveal more of the visual inspiration and appeal of this statue in depth. Check out the interview below, or on the Collider Interviews Official YouTube channel. 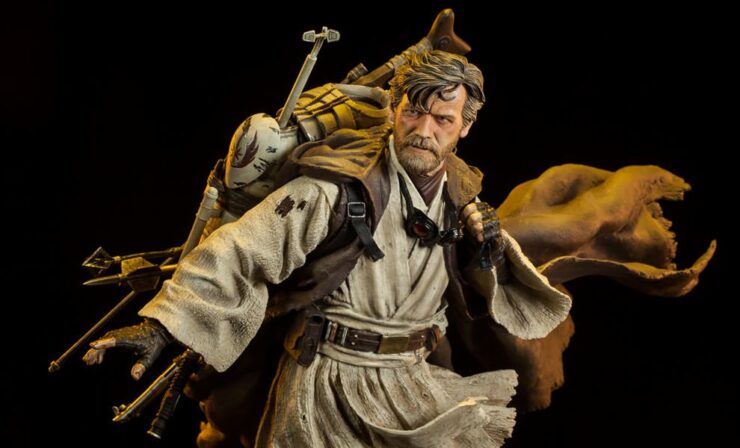 As a collection, Sideshow’s Mythos series are fine art collectibles that allow the collector to imagine what could have been, but maybe never was. Myths meant to be initiated by the eye and completed by the mind.

The Ben Kenobi – Mythos Statue by Sideshow depicts Obi-Wan Kenobi™ wandering Tatooine’s™ desert. Feet sinking deep into the sand dunes, the nomad carries memories as heavy as the burdensome pack on his back. This Star Wars™ statue is inspired by the time period between Revenge of the Sith™ and A New Hope™. It is a unique character study with both Sir Alec Guinness and Ewan McGregor’s portraits serving as inspiration. 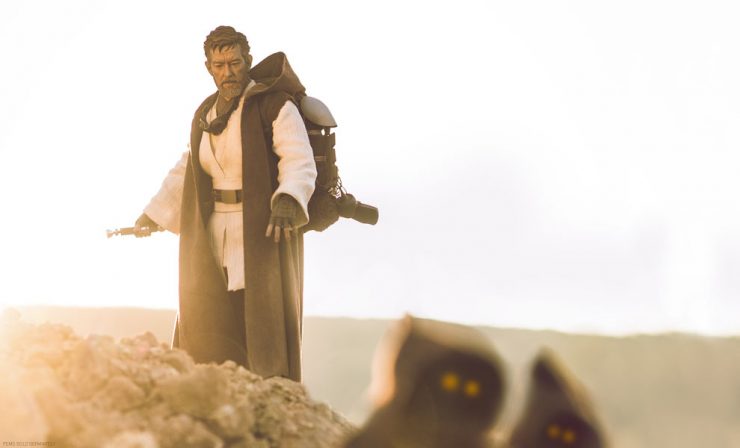 Another addition to the Star Wars Mythos line is the Obi-Wan Kenobi Sixth Scale Figure. This figure further explores Ben Kenobi’s self-imposed exile, hidden among the dunes of Tatooine, with his gaffi stick™ and Tusken rifle™ plus tailored fabric costuming that allows for dynamic posing potential. Though he is still a student of the Force, his life as Ben is far removed from the turmoil found elsewhere in the galaxy — at least, for the most part. 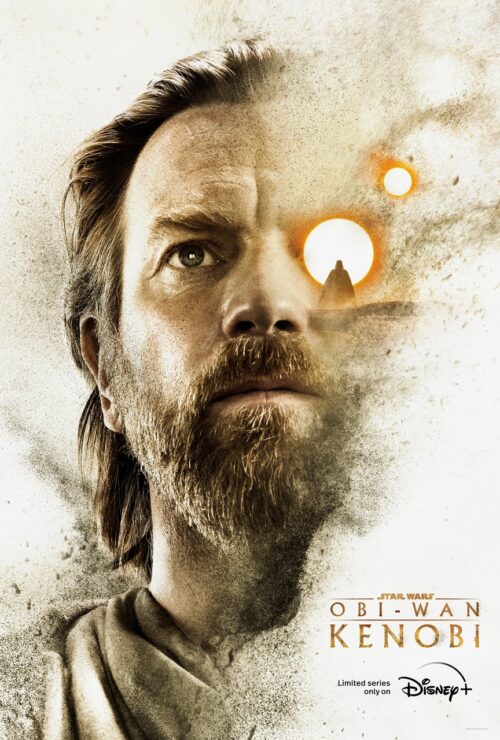 Obi-Wan Kenobi premiered May 26, on the streaming service Disney Plus. This limited television series follows Ben Kenobi™ (with Ewan McGregor reprising his role from the Star Wars prequel trilogy), 10 years after the fall of the Republic and the Jedi Purge™. Also returning from episodes II and III is Hayden Christensen as Anakin Skywalker™ / Darth Vader™.

Action-packed and full of heartwarming nostalgia, the show explores Obi-Wan’s commitment to young twins Luke Skywalker™ and Leia Organa™, his shattered relationship with his old apprentice, and his attempts to avoid capture by a group of antagonists known as Inquisitors™. Catch all parts of Obi-Wan Kenobi on Disney Plus now!

Deborah Chow is a prominent director and writer. She is best known for her work on the television shows The Mandalorian™, American Gods, Better Call Saul (a Breaking Bad spinoff), and now Obi-Wan Kenobi. You can browse Deborah Chow’s full and extensive filmography on her IMDB page.

Join the conversation about Obi-Wan Kenobi in our Let Your Spoiler Sideshow Star Wars Facebook Group, and don’t forget to Let Your Geek Sideshow!

Who Is Vecna from Stranger Things Season 4?