Family comes in all types of forms, and this time of year is when we gather with those who mean the most to us. However, an important question arises: If you were suddenly bitten by a radioactive spider or a latent X-gene activated itself, which Marvel super hero family would you join?

Family can mean relatives, friends, chosen family, pets, really whoever is important in your life. And after all, a team of crime-fighting super heroes isn’t that far off from a family — they joke, they fight, they blast photon beams at each other. Wait … we’re all blasting photons at our families, right? 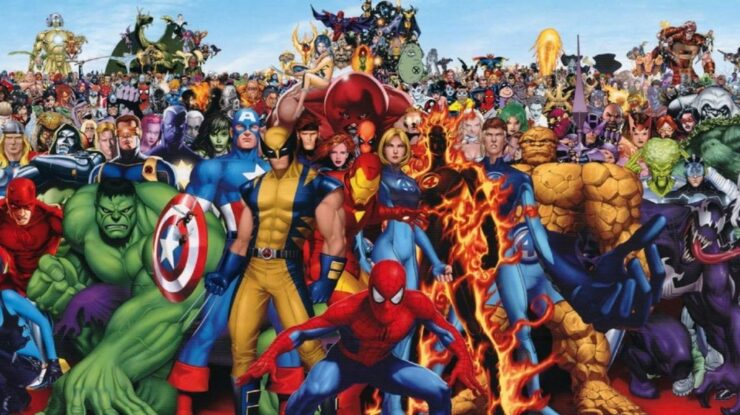 The Families of Marvel Comics

Within Marvel Comics, there are actually lots of literal families, from generations of X-Men characters to the Fantastic Four. That’s why you might want a little more info before permanently settling on your super hero family of choice. Let’s marvel at all the options.

The Avengers live by a strict moral code and they are not immune to devastating fights within their ranks. With those expectations and shortcomings, they’re pretty similar to any other family. They even live together in one big house!

Now this team has truly grown up together. They have withstood treacherous allies and reality-spanning catastrophes and they still like to eat pancakes with each other! The Young Avengers love each other not because they’re supposed to but because they truly want to, and that makes all the difference.

Another team that is united by more than duty is the X-Men. They certainly need to practice working together and they don’t always see eye to eye, but at the end of the day, mutants know that they must stick together to survive. The X-Men represent the unstoppable power that comes from rising up as one against oppressors.

Like the X-Men, the Eternals are driven by a common cause. And like the Avengers, the Eternals live by a strict set of principles. However, the Eternals also seek greater understanding, from each other as well as their surroundings.

Led by figures such as Luke Cage and Jessica Jones, the Heroes for Hire are grounded. Unlike other teams who race off to different galaxies or dimensions, these heroes are street-smart. They defend their home, and each other, with a fierce love that won’t be found anywhere else.

The Fantastic Four is basically the First Family of Marvel Comics. These four heroes paved the way for everyone who followed in their footsteps. They’re also a very balanced group between four distinct personalities that sometimes clash but ultimately combine for a power even greater than they have individually.

Guardians of the Galaxy

For all the quirky misfits out there who toe the line between mischief and crime, look no further than the Guardians of the Galaxy. These unlikely heroes came together under odd circumstances but the found family that resulted is stronger than Thanos himself.

If you haven’t already, take our personality quiz to see which super hero team could be the perfect fit for you. The results might surprise you!

Who is your super family of choice, and who will you be fighting for that last piece of pie? Connect with other Marvel fans and let us know in our Local Comics Society Facebook Group, and don’t forget to Let Your Geek Sideshow!

What Do the House of Slaughter Mask Colors Mean?