That’s no moon …Or is it? Star Wars trivia time! 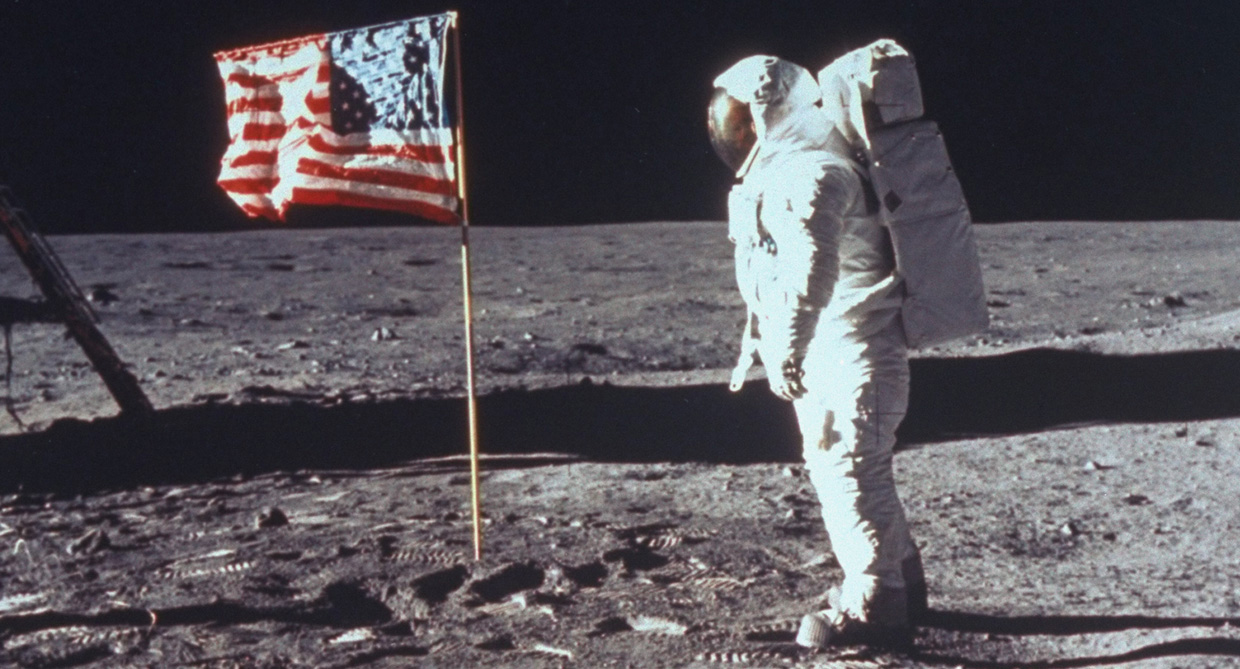 Credited with igniting an entire generation of interest in space travel, more than a half billion people watched the televised first moonwalk on July 20th, 1969, as astronaut Neil Armstrong took one small step for man, and one giant leap for mankind.

The Saturn V rocket left Earth on July 16 from Cape Kennedy in Florida carrying a team of three astronauts; Neil Armstrong, Edwin “Buzz” Aldrin and Michael Collins, and the first two stepped onto the moon just a few short days later. Armstrong and Aldrin spent just over 21 hours on the moon before joining back up with Collins in the command module. The mission accomplished the objective set by President John F. Kennedy in a 1961 speech before the U.S. Congress, of landing a man on the Moon and returning him safely to the Earth before the end of the decade, and effectively ended the great ‘Space Race’ between the US and the Soviet Union.

To celebrate the 46th anniversary of this tremendous historical landmark, we thought we’d test your knowledge of Earth’s only moon as well as a certain other infamous Imperial lunar-looking space station. Can you tell Star Wars science fiction from science fact?