Sideshow has donated an incredibly rare, signed Maquette to FAOMG*, which will be available only on October 23rd!

The Avengers Hulk Maquette was developed by Sideshow in partnership with world-renowned special-effects studio, Legacy Effects, and depicts The Hulk as he appeared in the smash-hit film THE AVENGERS. 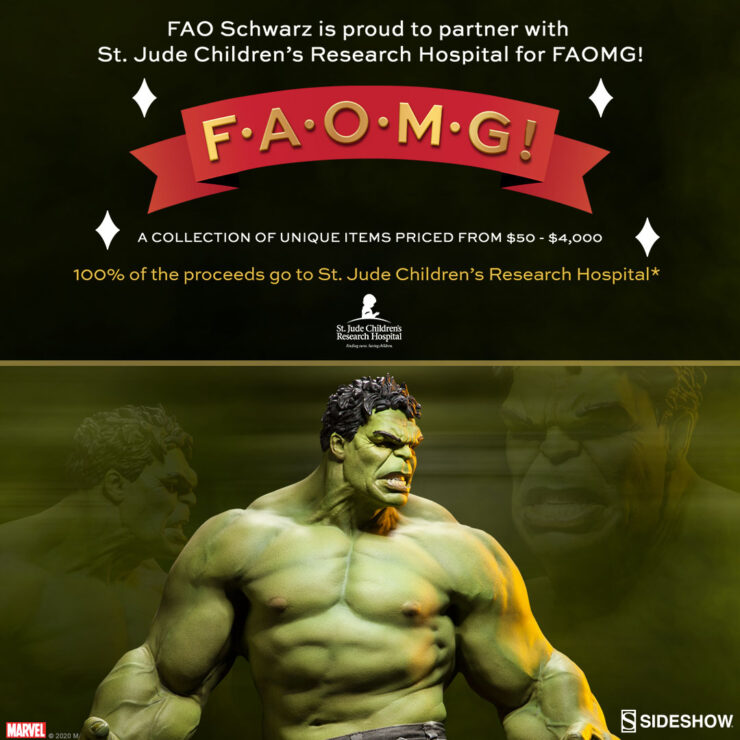 This limited edition statue is from Sideshow’s own archives. It stands over two feet tall, and is a long-sold-out and much sought collector’s item – but this particular Maquette is extra special – as it was hand signed by the late, great Stan Lee.

Only ONE of these Maquettes will be available through FAOMG on October 23rd, HERE.

QUIZ: Which Famous Horror Figure is Your Worst Nightmare?