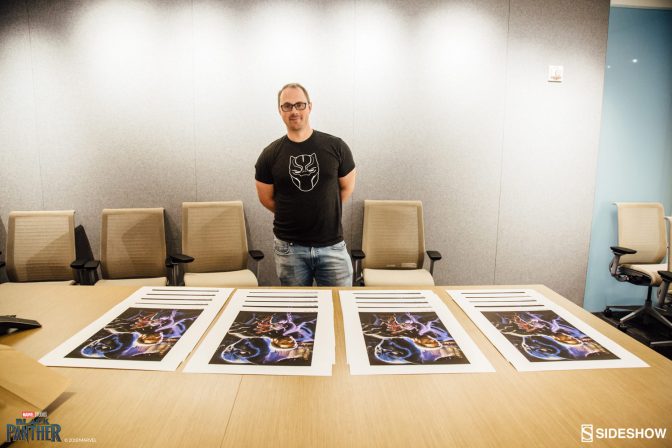 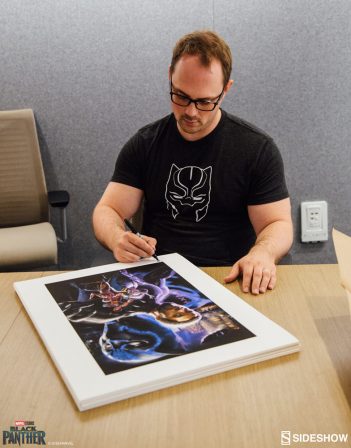 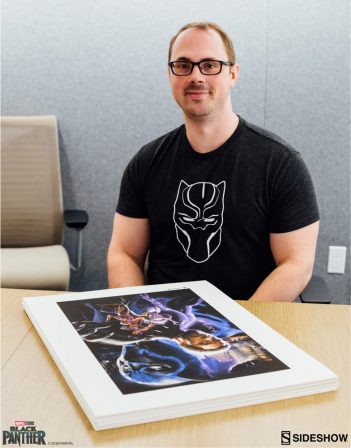 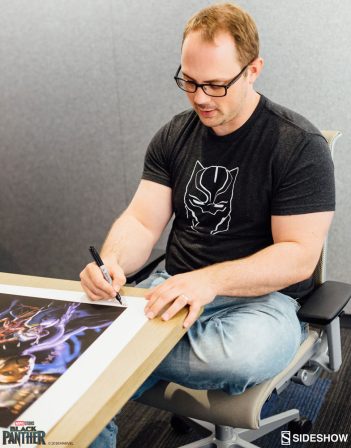 The signing took place in a Marvel Studios conference room fit for the King of Wakanda, as Meinerding signed each piece of the limited edition Black Panther Fine Art Print. 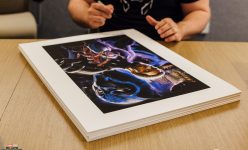 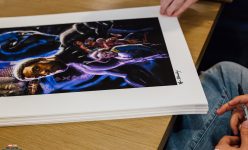 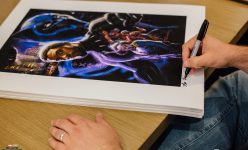 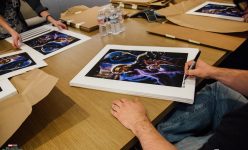 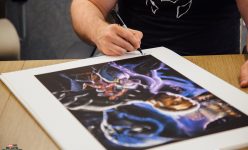 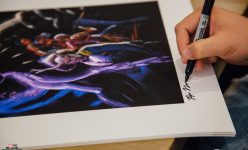 Since its February debut, Black Panther has reigned over the box office, winning the weekend 5 times in a row.  The wildly successful Wakandan-led film has shattered film records for Marvel with its vibranium-strong action, incredible costume design, and stellar cast.  The Marvel Studios lobby even had a few costumes from the film on display, including the Black Panther suit and a Dora Milaje uniform. 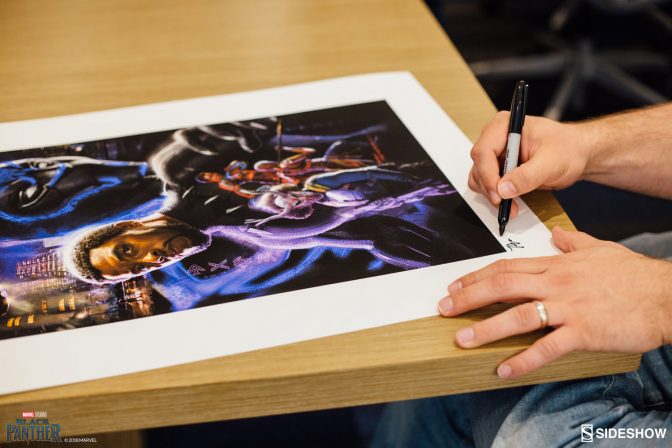 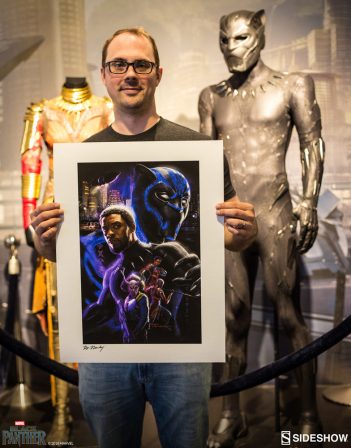 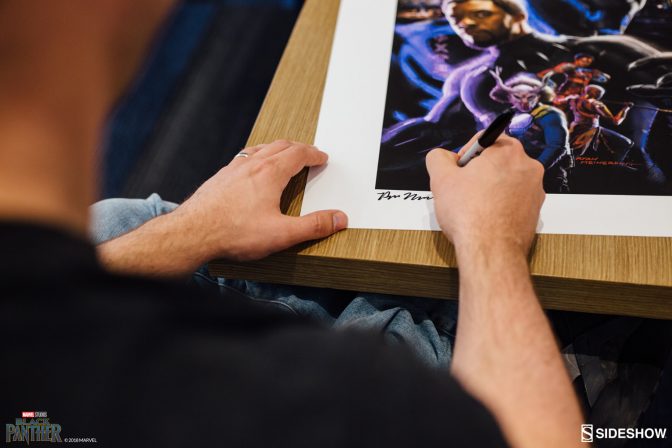 As the Marvel Studios Head of Visual Development, Meinerding works with a team of other artists to design character concepts and illustrate cinematic keyframe moments to help visualize what the finished film could look like during pre-visualization and development stages.  This Black Panther concept was created for a San Diego Comic Con promotion for the film, and now has become a fine art collectible. The Black Panther Fine Art Print by Ryan Meinerding captures the majesty and energy of Black Panther, the sworn protector of Wakanda. Set against the futuristic Wakandan skyline, this character piece features the king T’Challa alongside his heroic Black Panther persona, highlighted in regal shades of purple. Okoye and Nakia wear the uniforms of the Dora Milaje, hold their weapons high while the villainous Erik Killmonger silently menaces from the foreground. 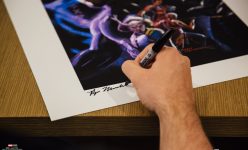 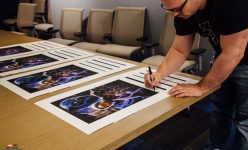 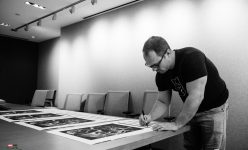 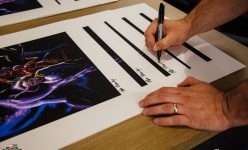 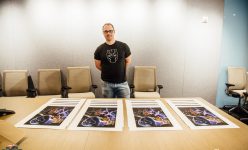 As Marvel Studios Head of Visual Development, Ryan Meinerding explained, “Having our concept art celebrated in such a dramatic format is a rare treat that gives fans a chance to see Visual Development’s influence on some of their favorite characters and moments. It’s always amazing when our concept art is released into the world, and even more so now that fans can own it themselves!” 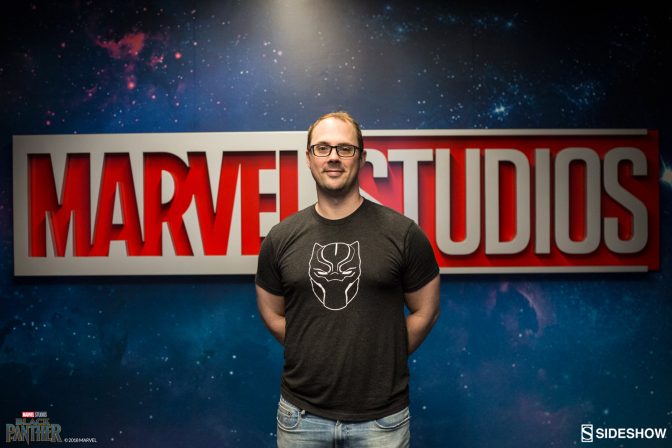 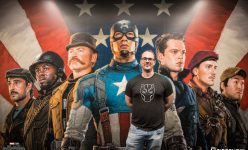 Stay tuned to the Sideshow Art Prints page for developments about what exciting and iconic moments will appear next in the Marvel Studios Fine Art Print Collection!

See Cosplayers and Collectibles from the Collector-Verse Booth at Wondercon 2018!