As geeks both on and off the clock, Sideshow staffers love to visit a variety of pop culture events to celebrate their own fandoms- film festivals, comic conventions, movie premieres, and more.  In the spring, a number of large pop culture conventions take place across the country, bringing together cosplayers, comic creators, the newest content, and more.

Recently, several Sideshow team members just happened to travel to Seattle for Emerald City Comic Con 2019 on vacation- taking time to wander the show floor, shop the artist alley, and even visit the nearby MoPop- Seattle Museum of Pop Culture.  We asked them about their experience taking in a convention as a fan, meeting creatives they admire, and more…

Had you ever attended ECCC before?

“Yes, ECCC is one of my favorite conventions, and it’s become something of a tradition. I think we’ve gone the last 5 years or so.” –Andy

“I have not attended ECCC before, and it was spectacular!” –Susan

“I went once before, several years earlier, and it was amazing.  I had to go back and make sure the first time wasn’t a fluke- glad to say it was just as fun as I remember!” –Amy 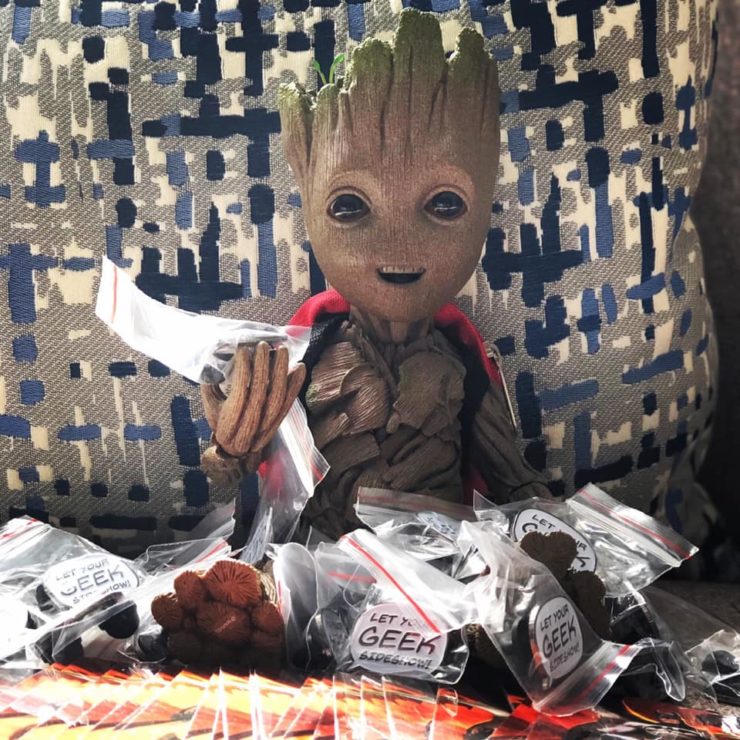 What was your favorite aspect of the convention itself?

“I loved Artist Alley being an entire floor of the convention. It really allowed me to spend some significant time finding the artists I love, while also exploring and discovering new ones.” –Susan

“Probably Artist Alley. ECCC consistently has the most interesting and diverse lineup of any artist’s alley I’ve seen at a con. I feel like it’s a good show for creators, as well as fans.” –Andy

“I also have to say the Artist Alley.  It was massive but not unmanageable, and ECCC draws some incredible talent- they really care about fostering that comics community.  I got to meet so many creators I admire, and even discover newer writers and artists whose work I will certainly be following now.” –Amy

Did you attend any panels?

“I was on a panel! It was a live podcast for the Sartorial Geek. Stay tuned for updates.” –Susan

“Yes! I watched the Sartorial Geek podcast panel, and then Paladins, Pantheons, and Private Eyes.  That was a really cool panel about how some modern comics writers are reimagining the tropes of fantasy and magic in series like The Wicked + The Divine, The Black Mage, Fairlady, and Sex Death Revolution.” –Amy

“I didn’t this year, I spent way more time on the con floor. I have attended a few great ones over the years though! Last year Gail Simone and Cat Staggs did a great panel about Crosswind. A few years before that, Darwyn Cooke gave a captivating talk about Parker, and the DC Universe. I still think about that panel a lot. It inspired me!” –Andy

Do you have any personal highlights from the weekend?

“I am a total art fiend, so my highlights involved purchasing several commissions/original art from artists I adore to go into my Marvel art collection.  I was also somehow inducted into Donny Cates‘s comics ‘cult’, and was given a membership card.  That was pretty hilarious.”  –Amy

“For me, it was getting to meet Sonequa Martin-Green. I’m such a huge Star Trek fan, and Discovery has been giving me life, so the chance to say thank you to her for Burham was really important to me. Also, she and I happened to be wearing the same shoes when we met, so we shared a special moment over that.” –Susan

“I loved the 501st room at ECCC. They put together a really cool interactive Star Wars fan experience. Everyone was so friendly too! Good people.” –Andy 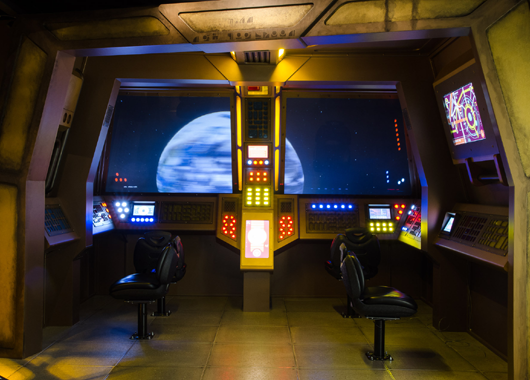 What was your favorite part of the MoPop museum?

“Honestly, it was the Fantasy exhibit. I didn’t expect that to be the case, but the dragon sold me on that section. Plus, it was very cool to see the fantasy character archetype cards on the displays.” –Susan

“MoPop is my favorite museum, period. I go at least once a year. I think seeing the General Sarris prop/prosthetic/costume from Galaxy Quest was one of my favorite things. Or the little Mars Attacks! alien maquette. That was adorable! Ack Ack!” –Andy

“I loved the Indie Game Revolution showcase sponsored by Nintendo.  It was a mostly interactive exhibit where people could play the games and learn about their development- lots of awesome titles were featured, even some that I’ve played before!  Little Nightmares, Keyboard Sports, Tokyo 42, and Anarcute were all included.  So fun!” –Amy

“Shoutout to all the Critters at the show!  I’ve never seen so many awesome Critical Role cosplays all in one place- such creativity and skill from all the fan artists and more.” –Amy

“I just loved the energy at the show. It is a big convention, but feels smaller because of the personal connections that can still be had. I for sure want to attend next year!” –Susan

Big thanks to our Sideshow staffers for sharing their convention experiences with us!  Be sure to check out our last Week in Geek, where our resident Carol Corps shared their anticipation of the Captain Marvel movie! 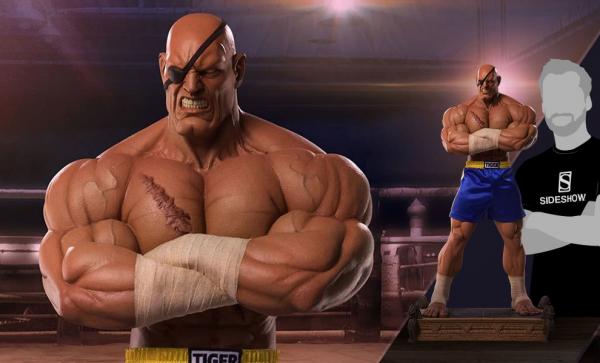