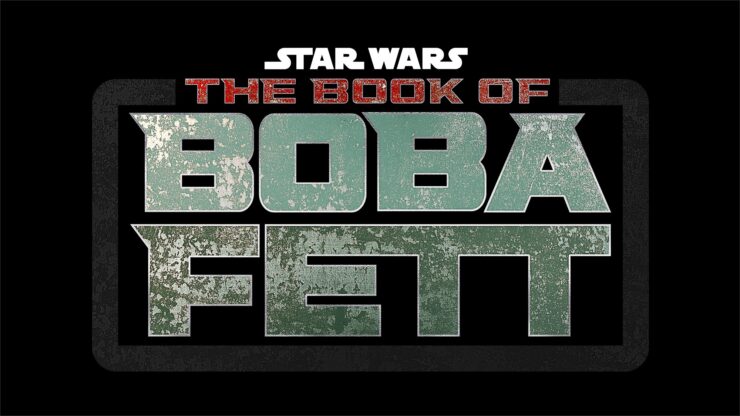 Star Wars™ has announced The Book of Boba Fett™, a spinoff series following the iconic bounty hunter through a new thrilling tale set in the same timeline as The Mandalorian™ series. The announcement came as a shocking post-credits scene after the Season 2 Finale of The Mandalorian.

Little is known about the plot at this time. All that we know comes from the one short teaser clip that played after the credits of The Mandalorian Chapter 16: The Rescue. With the two suns of Tatooine high in the desert sky, Fennec Shand™ walks down the steps into Jabba the Hutt™‘s old throne room, where former majordomo Bib Fortuna™ now sits bloated and vile on the throne. Rifle blaster in hand, Shand makes quick work of Fortuna’s guards and even frees the slaves.

She makes way for Boba Fett, who walks down the stairs in his reclaimed and repainted Mandalorian armor. Fortuna, uncertain and afraid, greets Boba Fett in a final plea to save his own life. But he should’ve saved his breath. Boba Fett’s blaster goes off, Bib Fortuna falls dead, and Fennec Shand clears the way for Boba Fett to sit in the gangster’s throne. Without another word, fans were greeted by a title card revealing that The Book of Boba Fett series, a spinoff and not a replacement to The Mandalorian, will launch next year.

Check out the official tweet announcement that followed the weekend’s viewing of Chapter 16:

The Book of Boba Fett, a new Original Series, starring Temuera Morrison and Ming-Na Wen and executive produced by Jon Favreau, Dave Filoni and Robert Rodriguez, set within the timeline of The Mandalorian, is coming to @DisneyPlus Dec. 2021. pic.twitter.com/YT2zbLufI8

The series is confirmed to star Temuera Morrison as Boba Fett and Ming-Na Wen as Fennec Shand, returning to their smash-hit roles from The Mandalorian Seasons 1 and 2. No further casting or plot news is available at this time.

Star Wars: The Book of Boba Fett will premiere on Disney+ in December 2021.

The Mandalorian: Recapping the Incredible End of Season 2