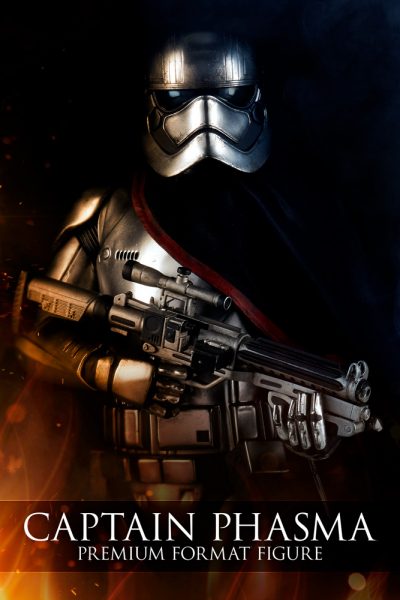 Sideshow is proud to present the Star Wars collectible Captain Phasma™ Premium Format™ Figure.  After making her debut in Star Wars Episode VII, this imposing First Order commander is prepared to take the helm of your Stormtrooper battalions. 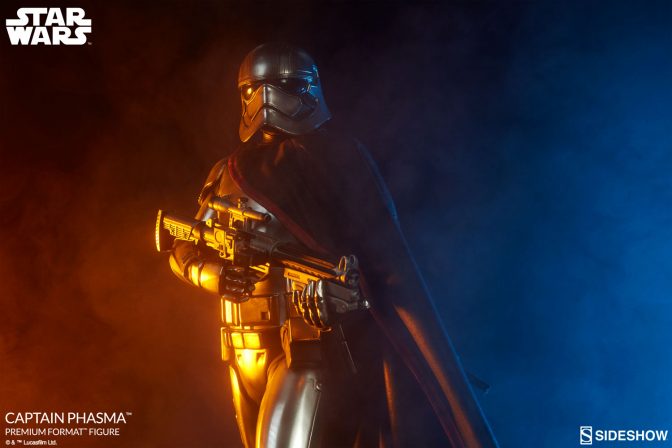 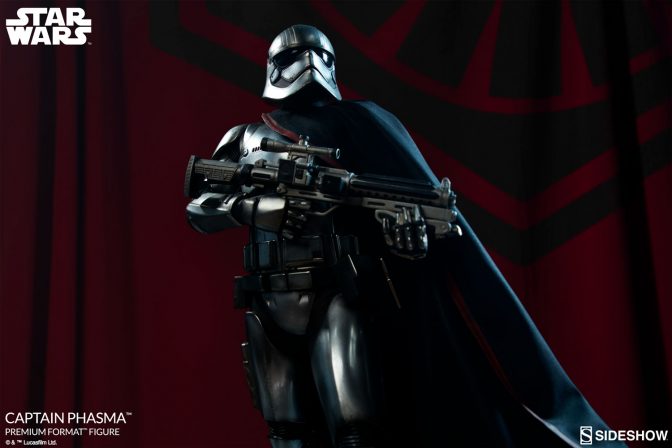 Standing an imposing 22.5” tall, Phasma takes stride atop an environment themed after the frigid Starkiller Base, where General Hux gave his rallying speech to her assembled legions of subordinate troopers. 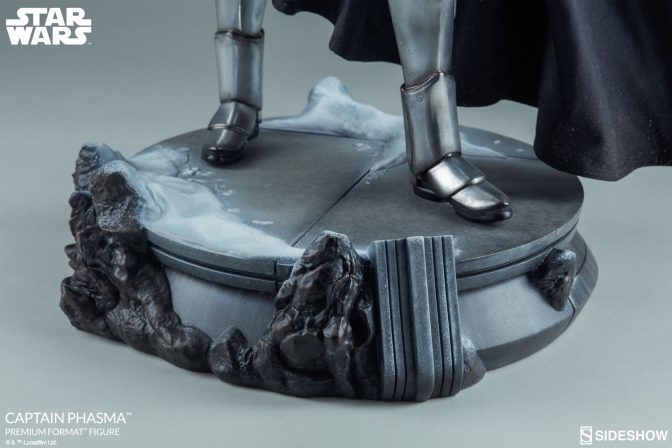 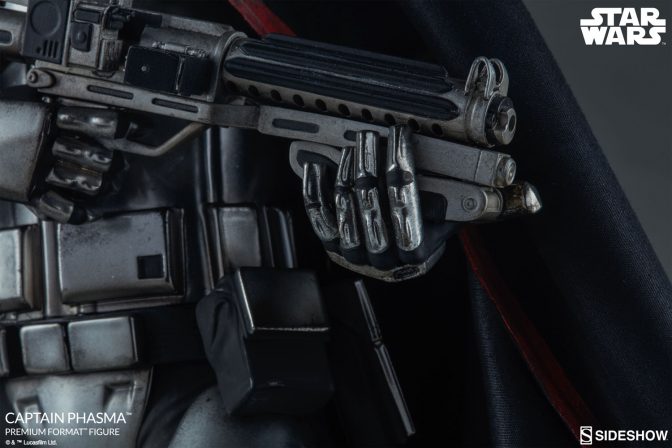 Her unique silver Stormtrooper armor is faithfully recreated here, and the Captain Phasma Premium Format Figure has detailed weathering to capture the tough, rigid exterior of this veteran First Order officer.  Phasma is gripping a blaster rifle, prepared to crush the Resistance with her unwavering resolve. 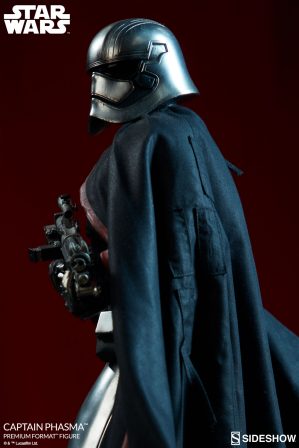 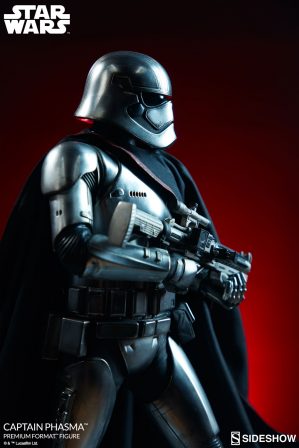 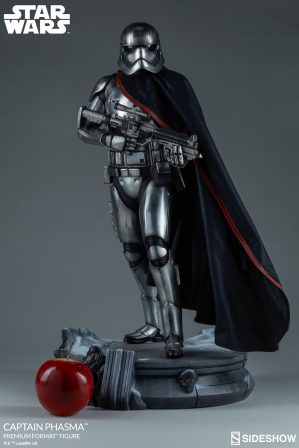 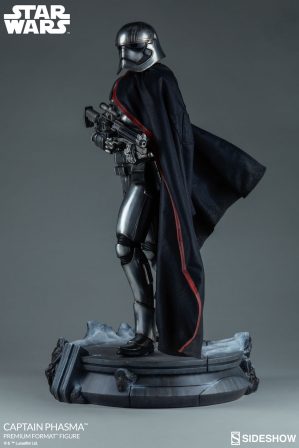 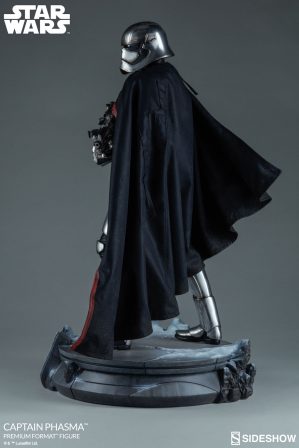 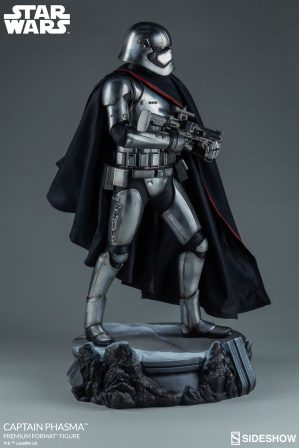 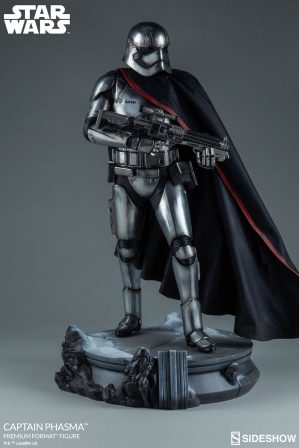 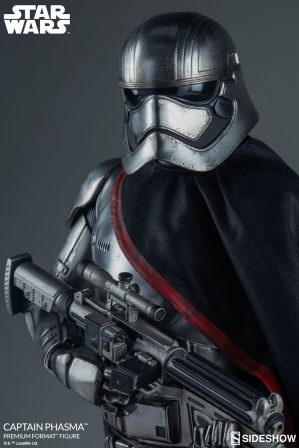 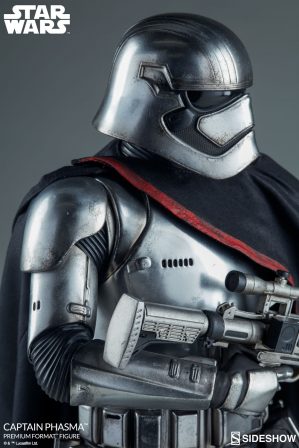 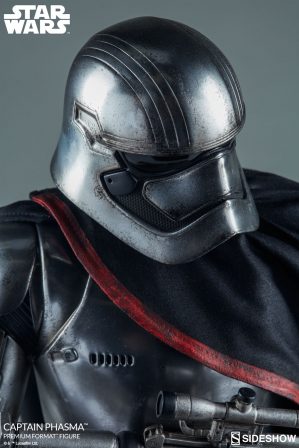 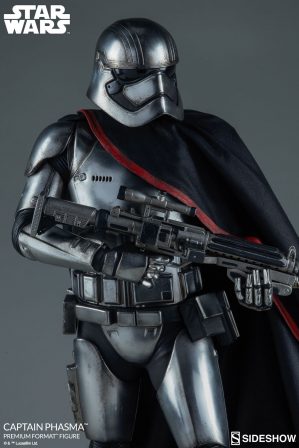 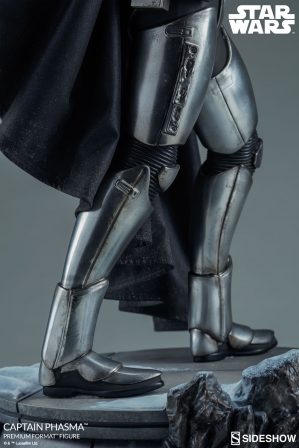 Captain Phasma’s black fabric cape is draped menacingly off her shoulder.  It is adorned with red trim to add a bold stroke of color to her striking look from the films.  The cape is also wired to allow for custom poses on the fabric piece. 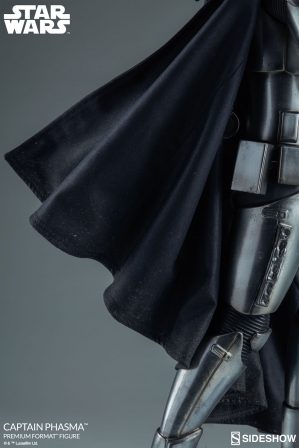 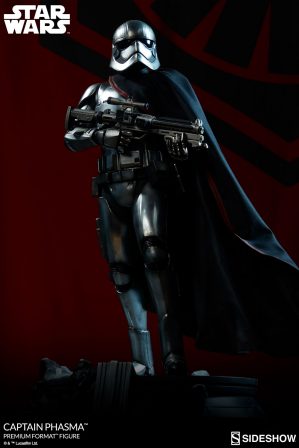 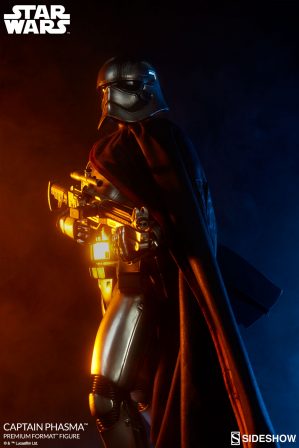 Be sure to add the Captain Phasma Premium Format Figure to your order- your First Order, that is- and expand your galaxy of Star Wars collectibles today. 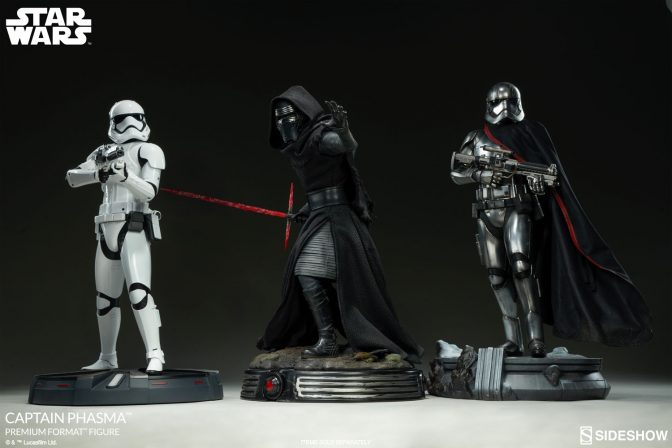 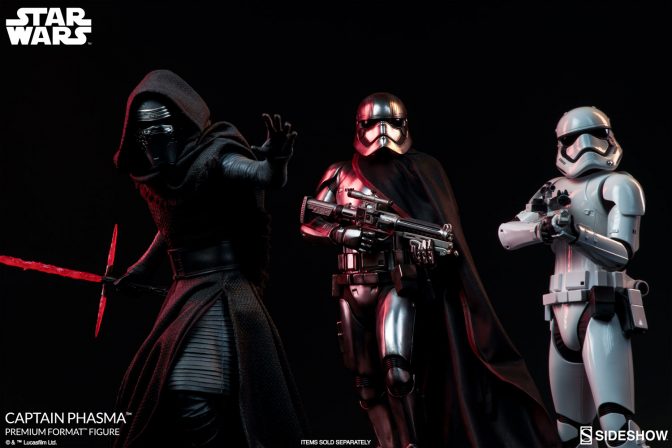 Pre-Orders for the Captain Phasma Premium Format Figure will begin on Thursday, August 31st between 12pm-3pm PT, and the piece will be priced at $530.00. 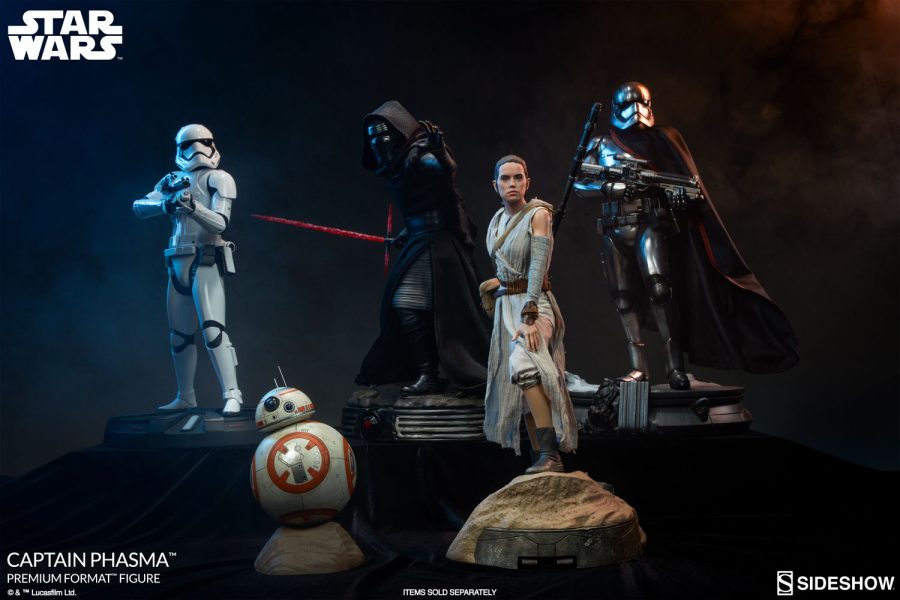