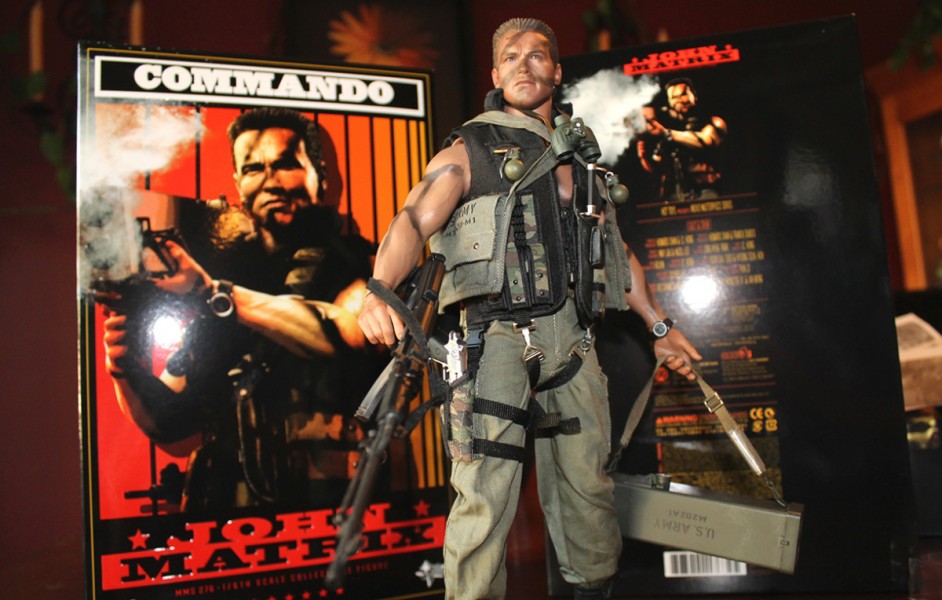 Let’s party, Arnold fans; The John Matrix sixth scale figure is finally shipping out now! I just received my Commando, a one-man army, in the mail and he’s probably the greatest figure ever created by Hot Toys!

From day one, I’ve been a big supporter and collector of the fantastic products by Hot Toys but this is by far their best product. The 12.5″ John Matrix sixth scale figure is specially crafted based on the image of Arnold Schwarzenegger in Commando. Calling it a “figure” is really underselling it however as it is in no way a toy but rather a high-end museum-quality art piece. With a magnificent likeness, articulation and weaponry, I’m left with no other option than to give the most loving care and gallery-spotlight-attention within my Arnold man-cave. 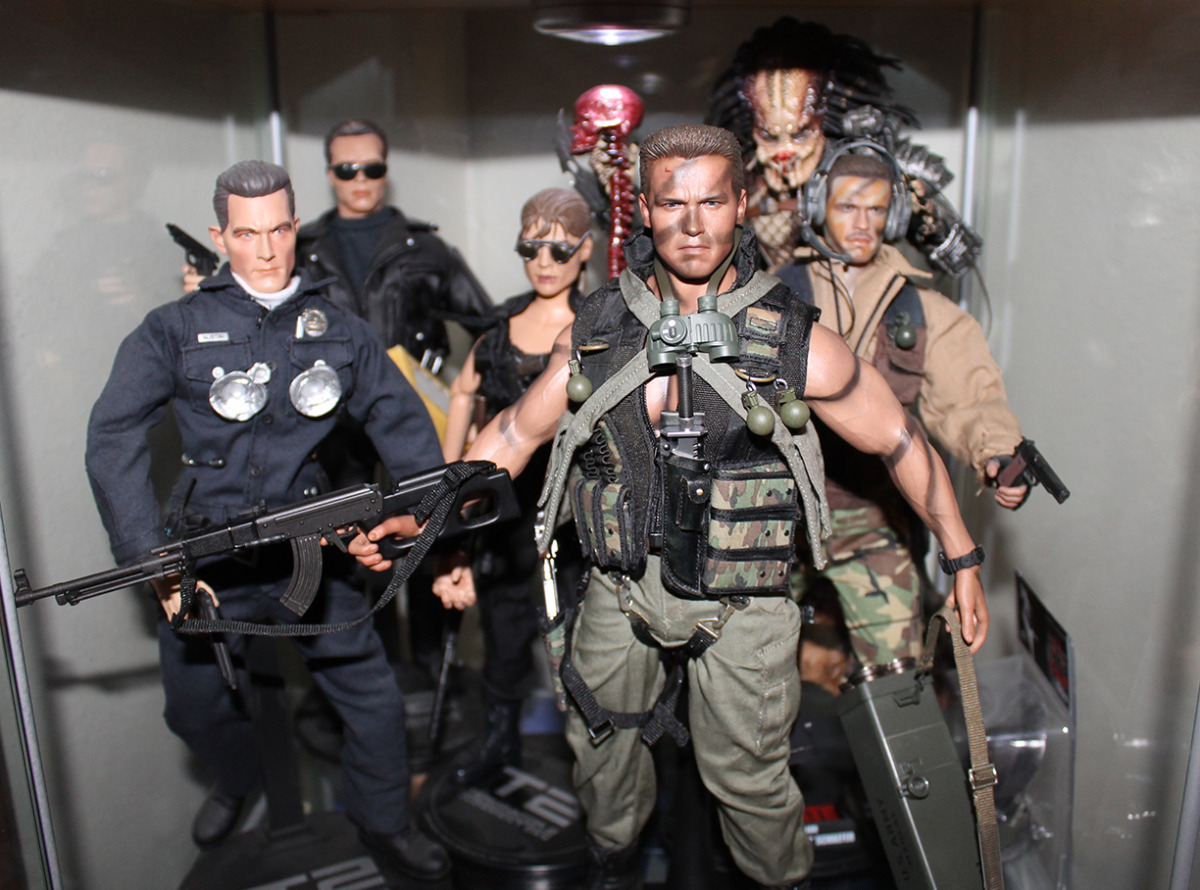 Matrix features a newly developed head sculpt, bigger and far superior than that of the Hot Toys Dutch figure from Predator. See the Commando vs Dutch head comparisons below. 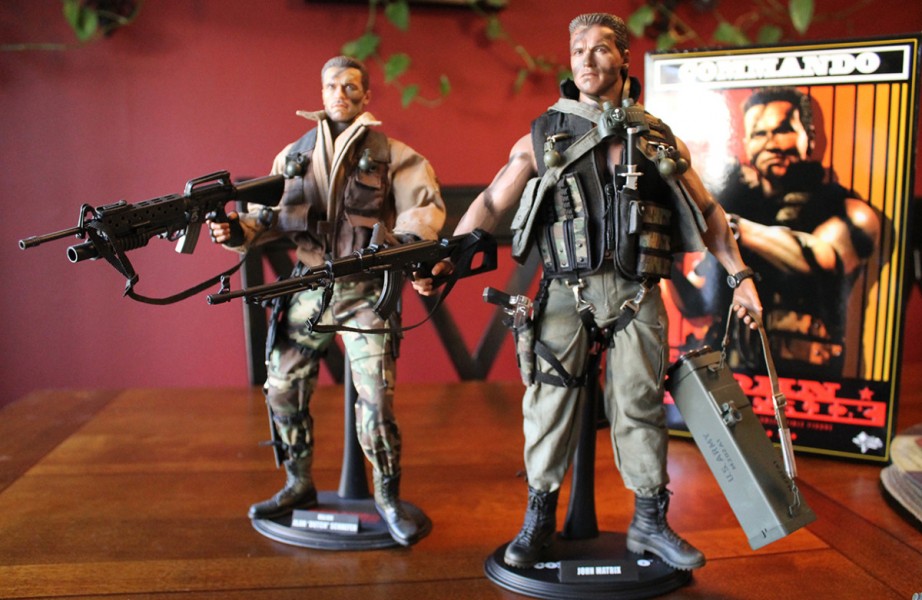 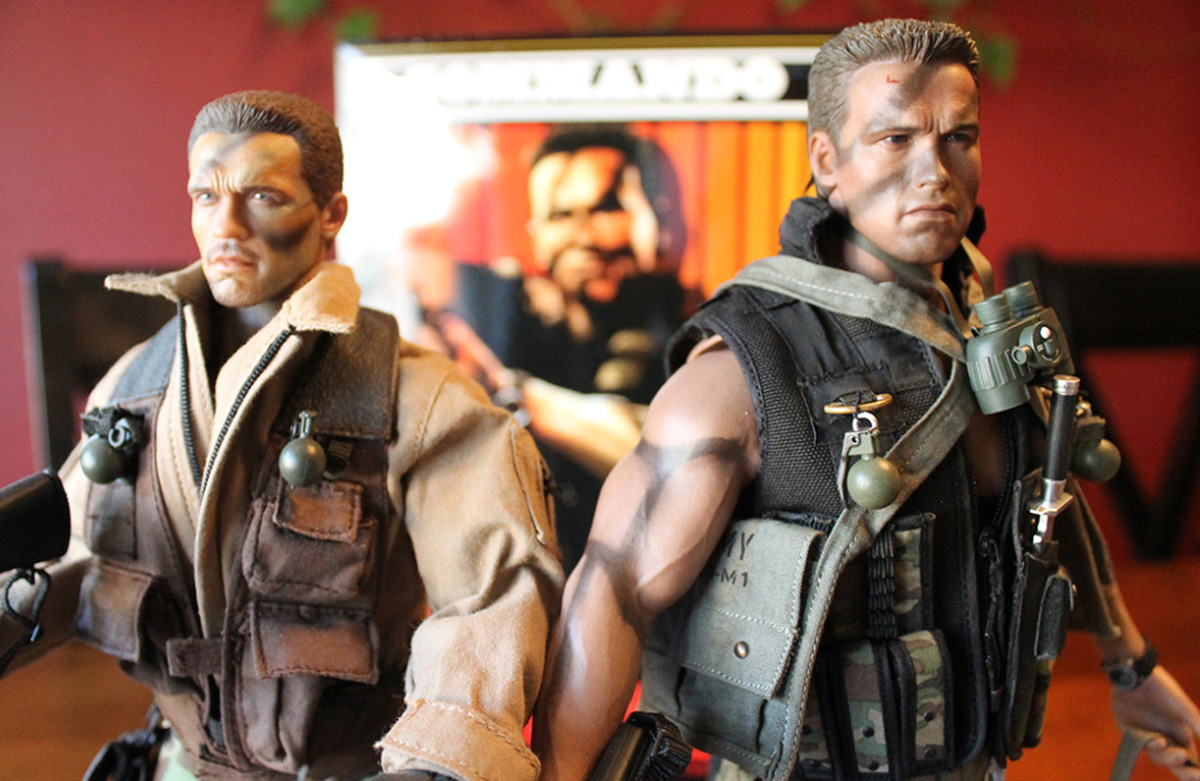 Matrix also comes complete with war paint as well as a muscular upper body (somewhat spongy like flesh), a specially tailored outfit, and a large array of detailed weapons and accessories. 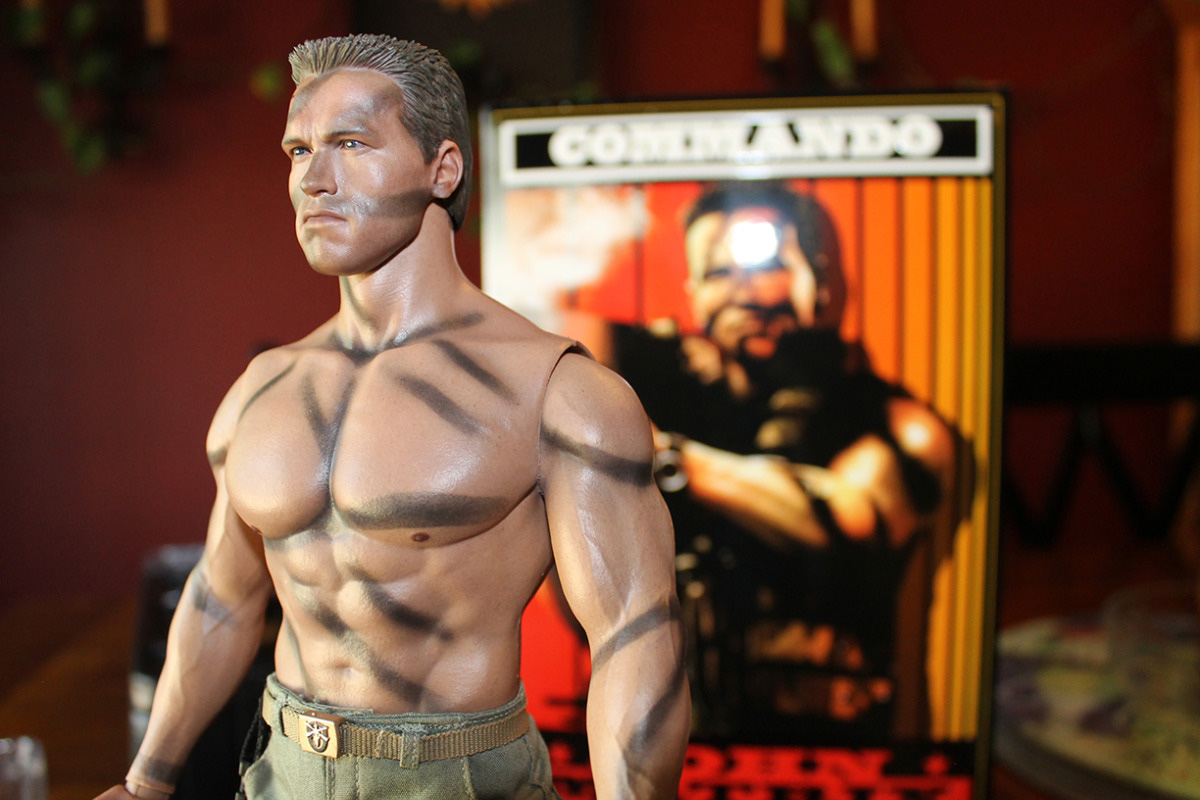 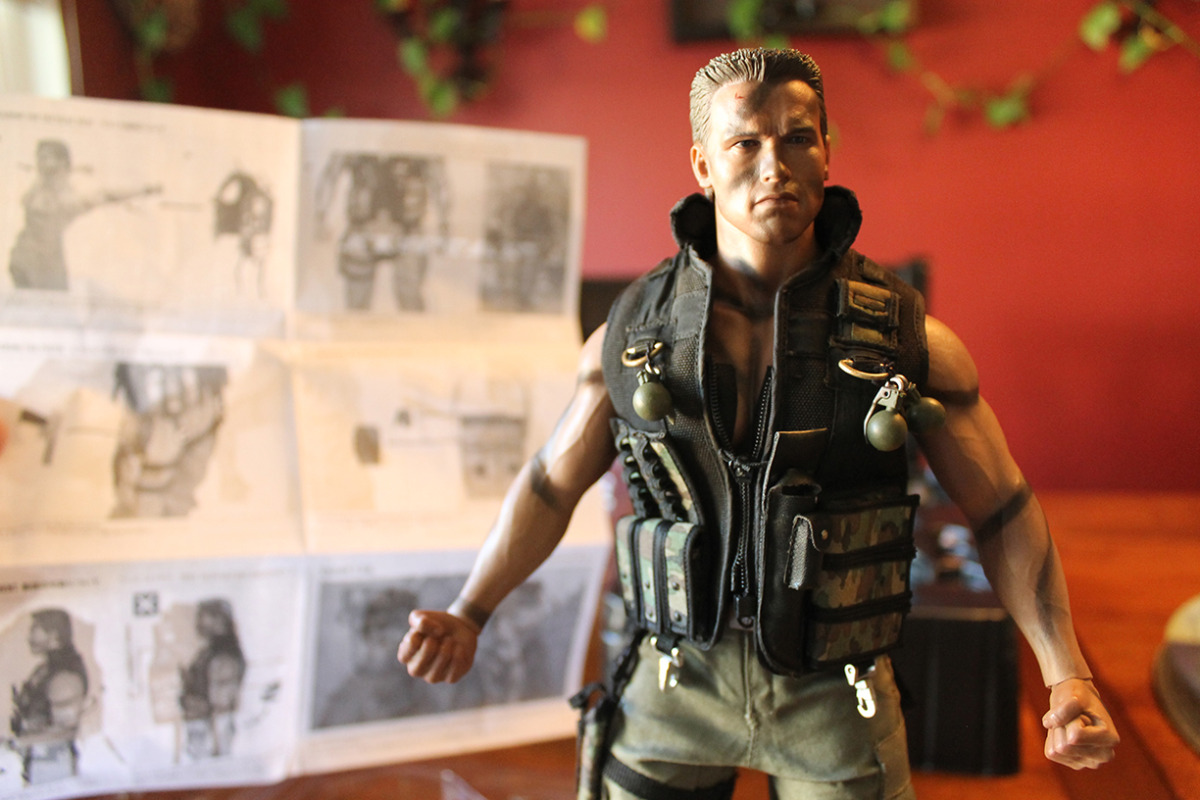 While suiting up my Commando figure, I was blown away by the tiny, yet functional, features such as the microscopic vest zipper that really works and the tiny metal hooks to fasten the back vest straps under the back of the legs. Itsy bitsy shotgun shells come in the package that you can put into the vest but I was too afraid to insert them in fear of dropping one and losing it forever. 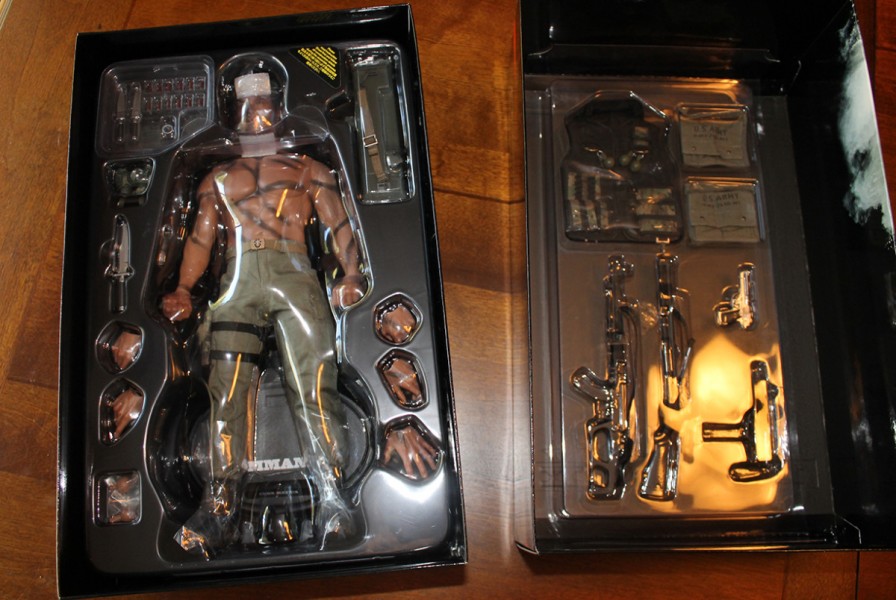 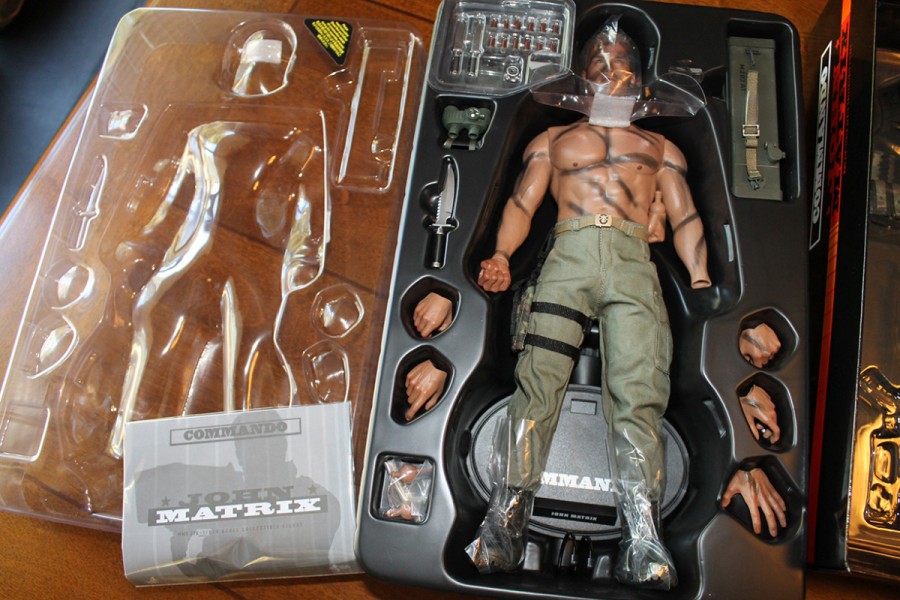 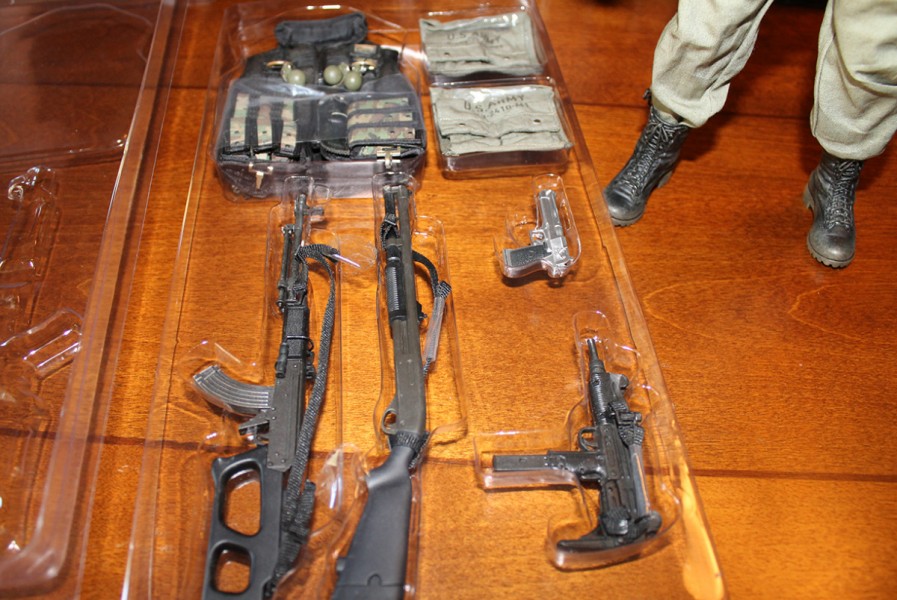 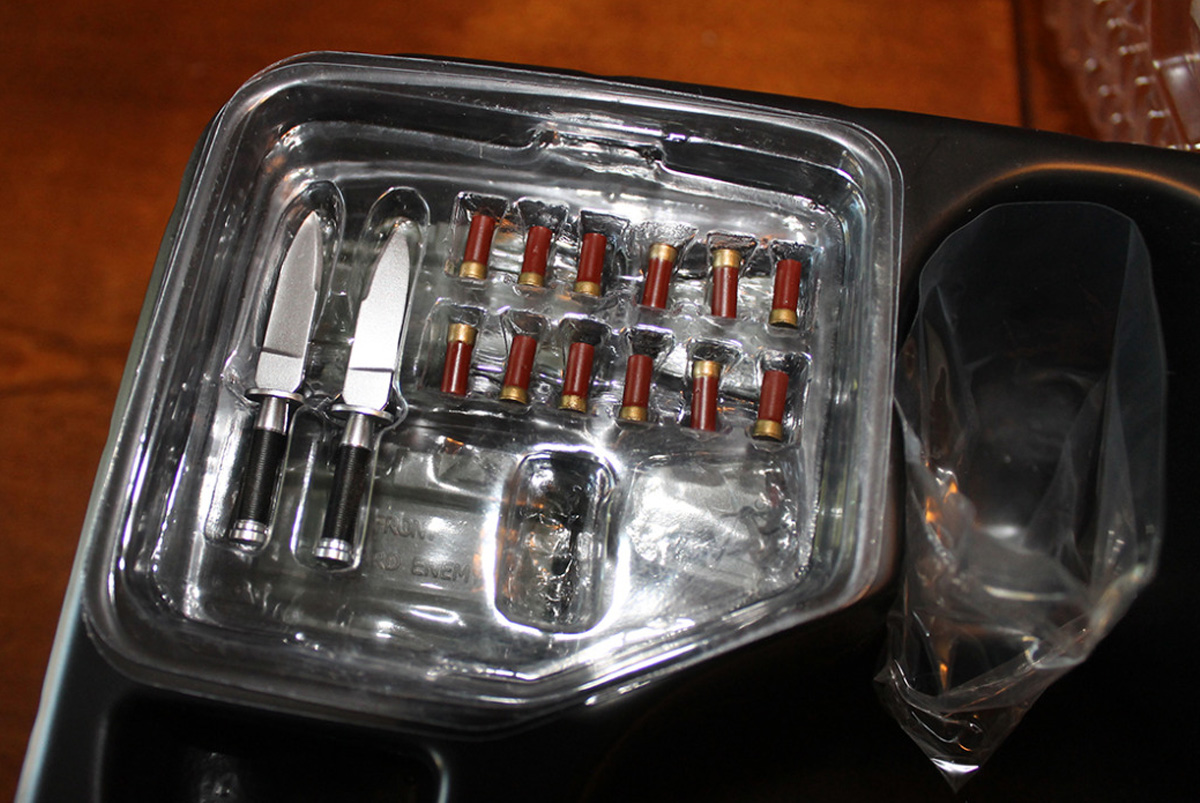 After your Commando is complete, you can chose from many different weapons (including a rocket launcher) to put in his interchangeable hands and then put him on his stand, complete with the films logo. Finally, place your Matrix in a good spot amongst your collection and be proud of one of the best Arnold Schwarzenegger products ever created!

Now if only Hot Toys will next make a Turbo Man figure complete with Jetpack, boomerang, firing discs, the box of cereal, the comic book and interchangeable Arnold heads (masked and unmasked).

Arnold Schwarzenegger and Commando fans should not miss the opportunity to own this heavily-armed collectible figure!