The Avengers take Berlin in these marvelous fan photos

The cast of Marvel’s Captain America: Civil War are in Germany right now filming for the highly anticipated blockbuster – but they’re not the only Avengers who assembled there recently. Sixth scale enthusiast, Bob Sisson, was looking for ways to share his growing collection with others, so on a trek to see his daughter off to college overseas, he decided to take Tony, Bruce, Natasha along for for the ride.

From Honolulu to Berlin, the retired US Air Force pilot documented his travels on Instagram, where he captured fantastic sightseeing moments with the Hot Toys heroes at historical landmarks including the Berlin Wall, Brandenburg Gate, and all the way at the top of the Victory Column.

“It was amazing,” said Sisson. “The characters add so much to the photos of the trip. Further more they were an excellent conversation starter. At one point, German tourists lined up behind me asking if they can take a picture of the Avengers at Brandenburger Tor with their camera. My daughter was a little apprehensive (and perhaps embarrassed) to start, but this was soon overcome when she saw the enthusiasm of complete strangers as they marveled at and admired the detail of the figures.” 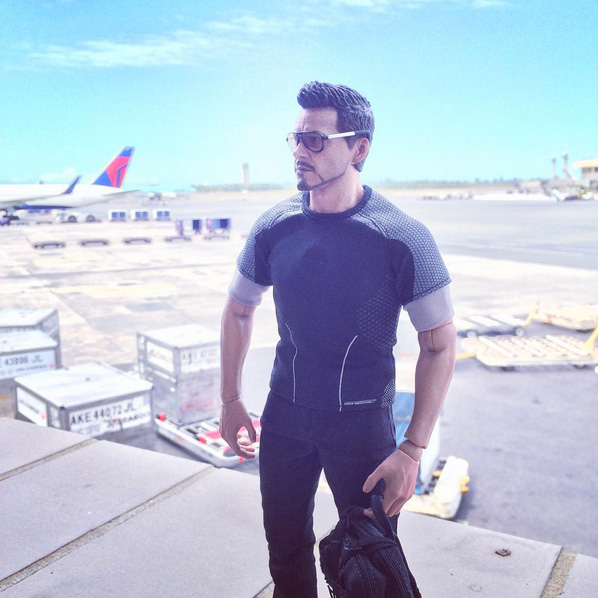 At Honolulu International Airport ready for a long flight to Berlin. 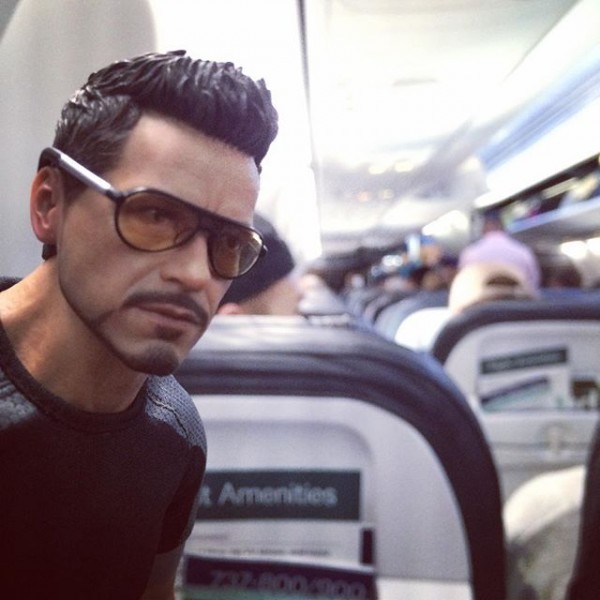 Crowded, but the in-flight movie is Avengers Age of Ultron 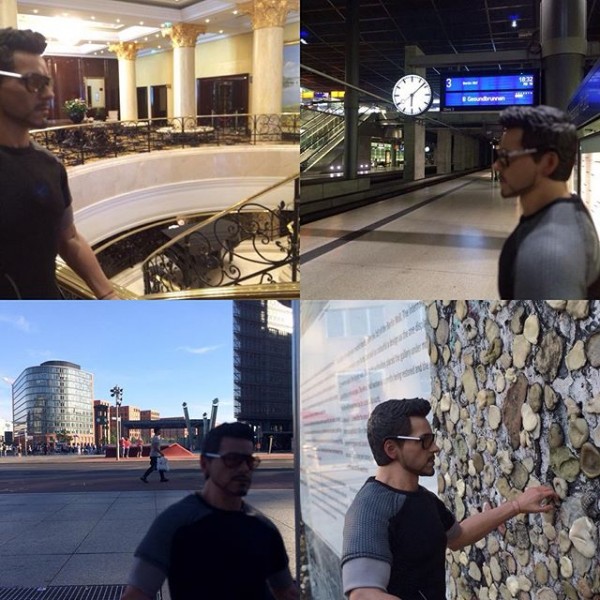 Some sightseeing of the Berlin wall, and a ride on the subway. 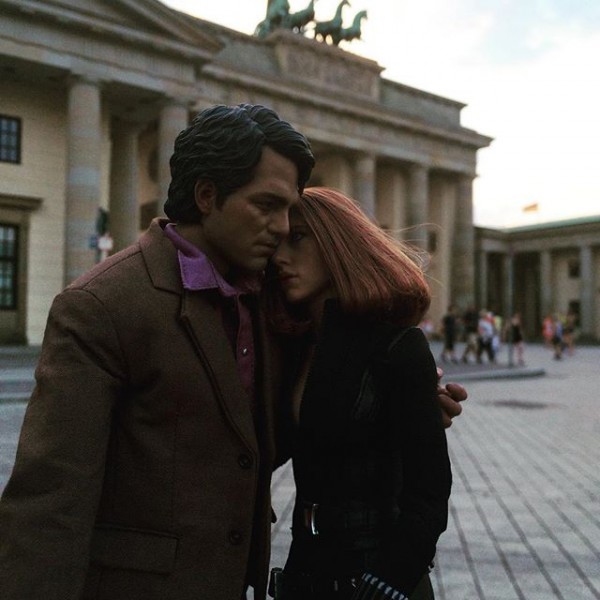 Wo die Liebe hinfallt, das weiss kein Mensch – No one knows where love will strike. 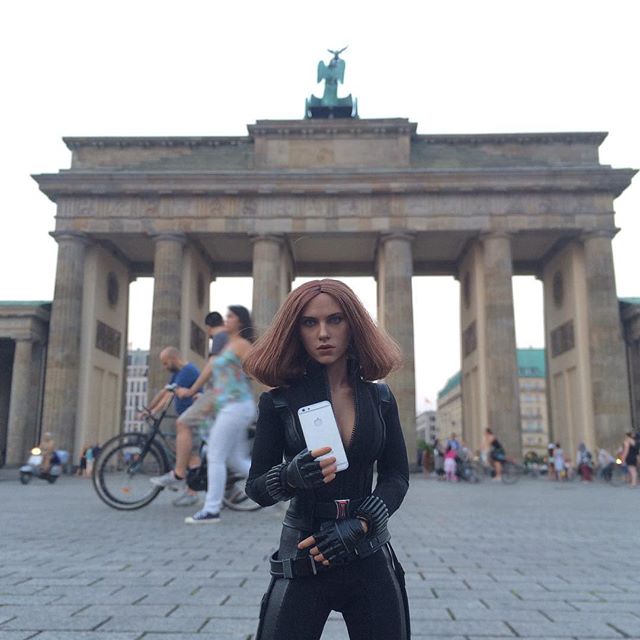 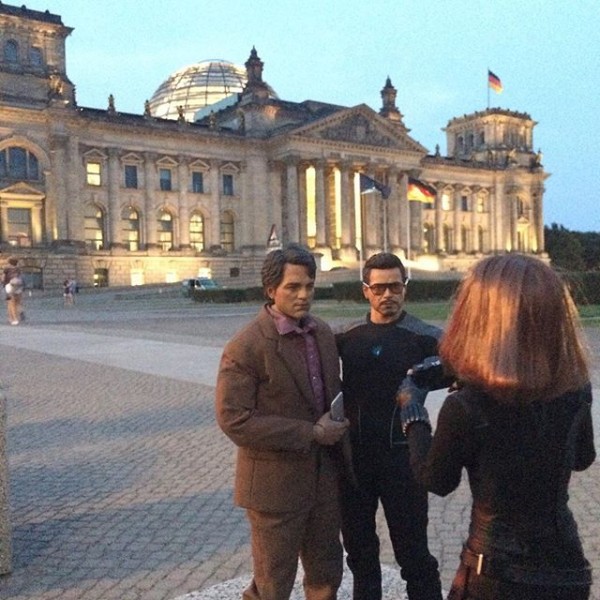 Natasha snaps a photo of Bruce and Tony at the Reichstag Building, home of the German Parliament. 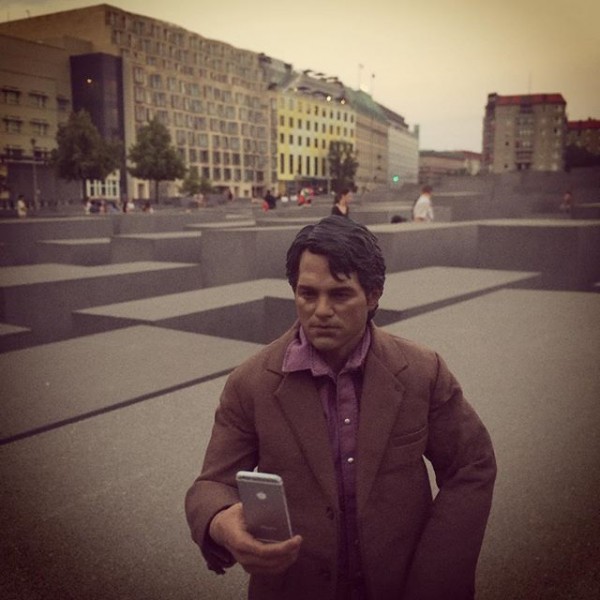 Bruce takes a moment to reflect at the Holocaust Memorial. 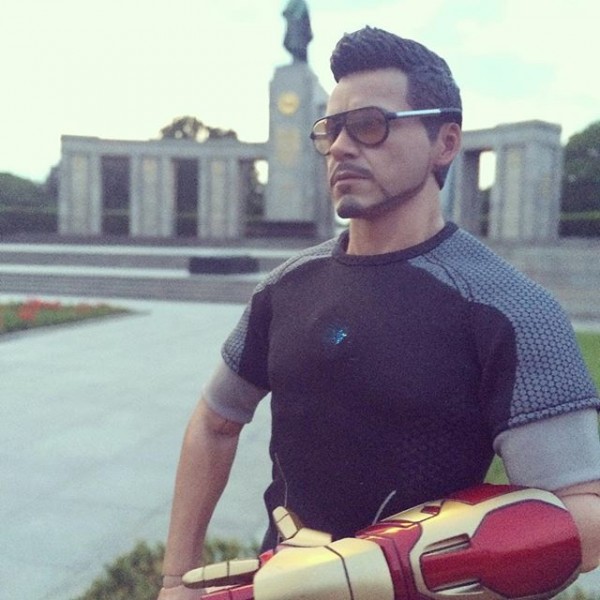 Tony at the Soviet War Memorial in Tiergarten. 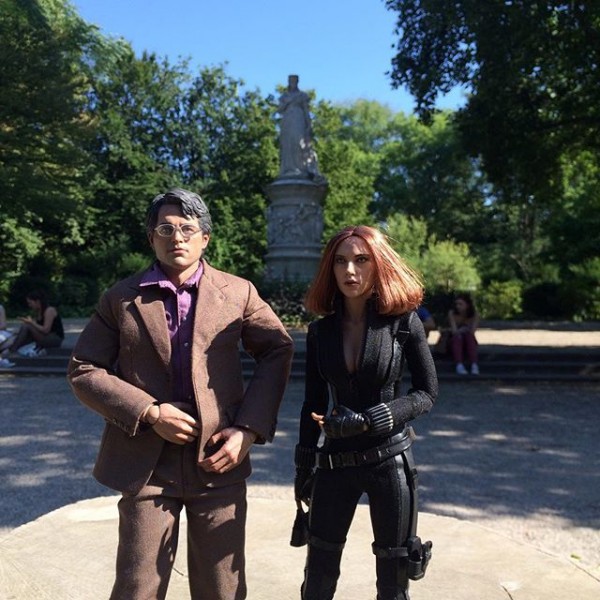 Bruce and Natasha on a stroll in Tiergarten. 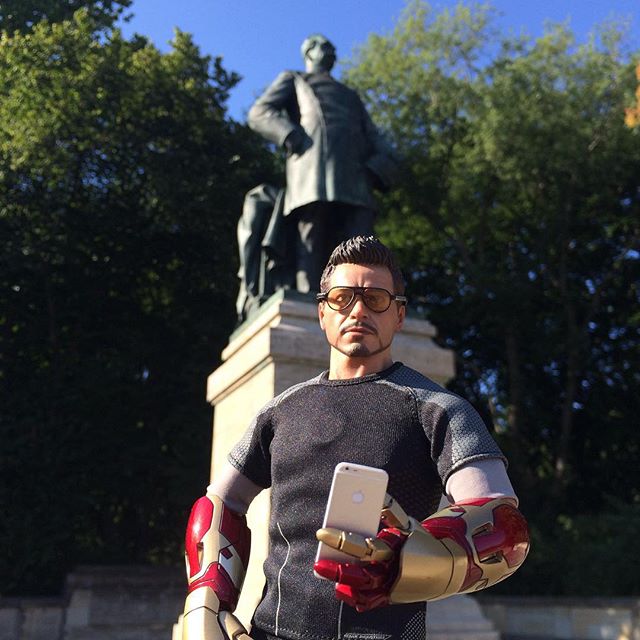 Iron Man with Field Marshal Roon, who was awarded the Iron Cross. 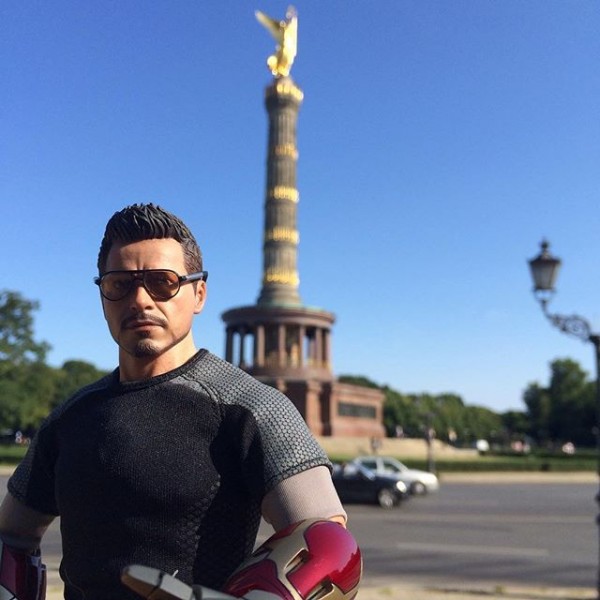 Tony astride Siegessaule, the Victory Column. 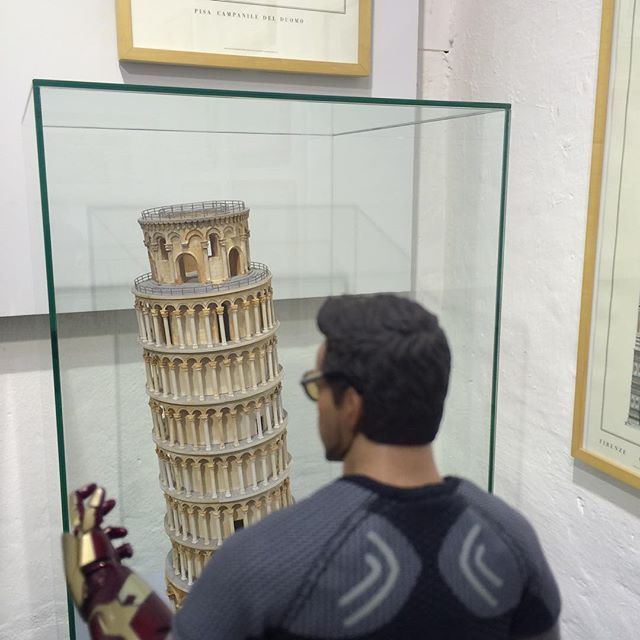 At the small museum inside the Victory Column. 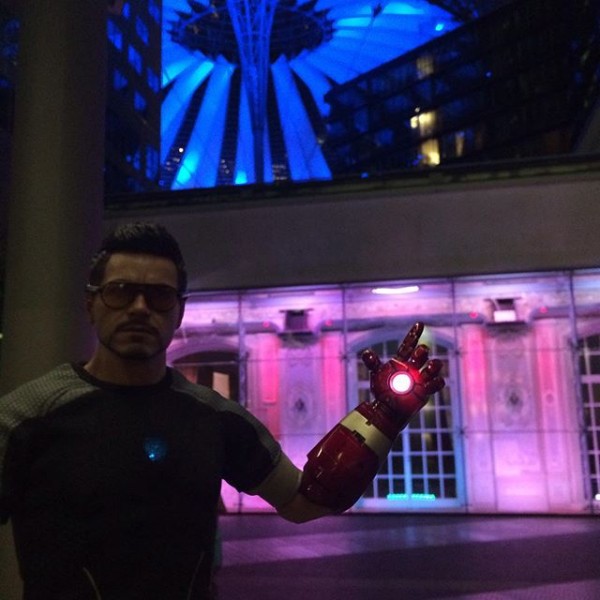 Tony at the Sony Center in Berlin, reminiscent of the Stark Expo. 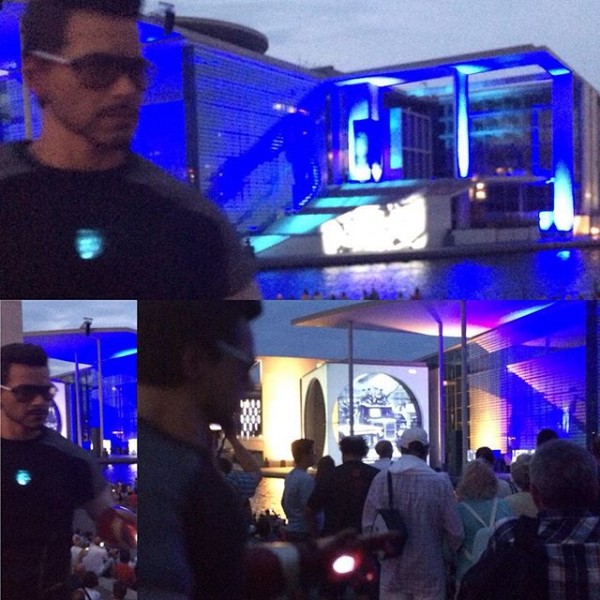 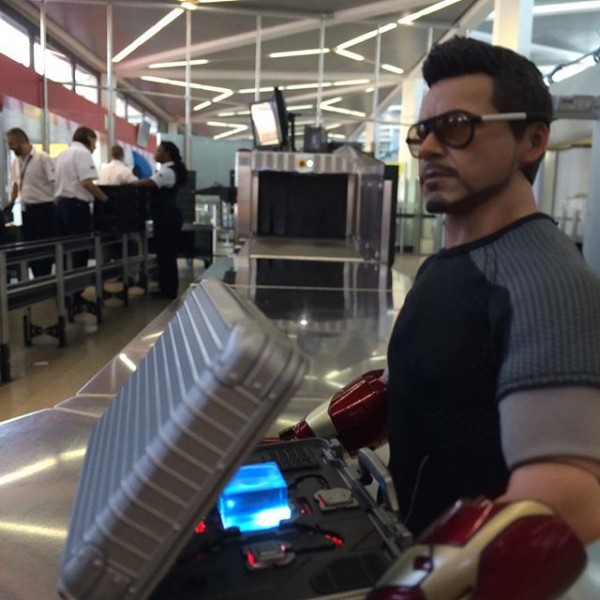 Getting the Tesseract through security at Berlin-Tegel Airport. 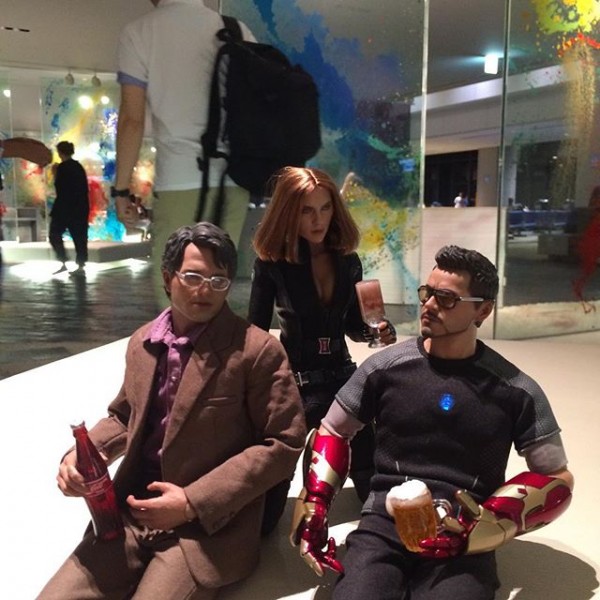 Relaxing at Tokyo Narita Airport on the way back to Honolulu.

6 moments of crisis only collectors will understand