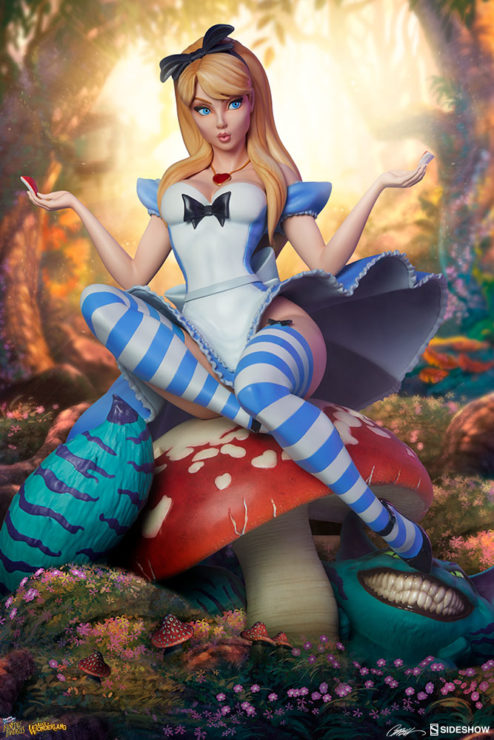 The Cheshire Cat is a character in Lewis Carroll’s novel Alice in Wonderland. He has the unique ability to appear and disappear whenever he so chooses. And most of all, he is always grinning ear to ear, even as he fades away. He always helps Alice when she doesn’t understand the world around her. Service with a smile!

The origin of this particularly fantastical feline is most certainly as mysterious as his appearances. Where did the Cheshire Cat come from? And why does he smile so wide? Let’s take a trip down the rabbit hole to investigate! There’s a common phrase: to grin like a Cheshire Cat. This phrase was most certainly an influence for the creation of the character, and lends itself to the designs we see in every adaptation of Carroll’s novel. While the exact origin of the phrase is unknown, there are certainly a few theories.

Most of the theories originate in Lewis Carroll’s hometown, Cheshire, England. The town proudly boasts about its many dairy farms, and dairy products that were popular throughout all of England. It would make sense that all the cats of Cheshire would be happy, since they like milk so much. Another theory goes even more specific, and talks about Cheshire’s Cheese. There are records of a cheese product being sold from Cheshire dairy farms that were purposely molded into the shape of a grinning cat. That very well might have produced the phrase. But there’s one more theory that hasn’t been totally ruled out.

In 1853, author Samuel Maunder said this:

This phrase owes its origin to the unhappy attempts of a sign painter of that country to represent a lion rampant, which was the crest of an influential family, on the sign-boards of many of the inns. The resemblance of these lions to cats caused them to be generally called by the more ignoble name.

Whichever theory is true, the phrase brought to life the famous visage of the ever-smiling Cheshire Cat. But there’s even more mystery behind the character.

Strange Powers of the Night 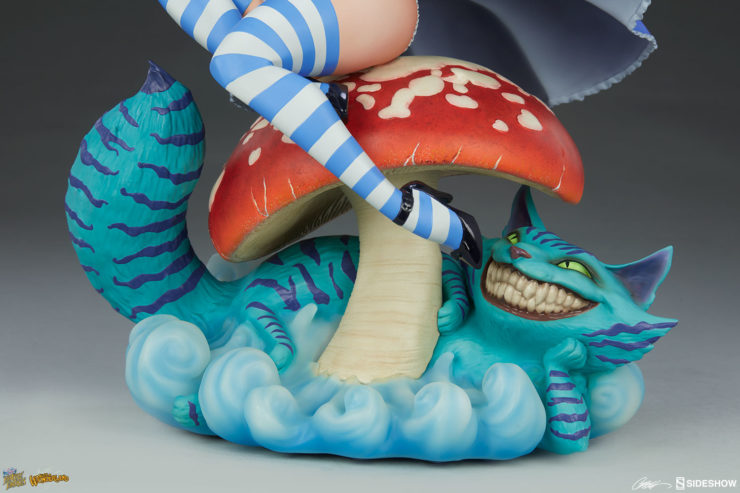 The Cheshire Cat can disappear and and reappear at will. In some adaptations, he disappears into a plume of smoke, and in others, he simply fades into obscurity, showing only his smile and his brilliant eyes. In most of these versions, the Cheshire Cat can levitate and float however he so chooses.

There are two main theories that look to discover why the Cheshire Cat might have these strange powers. The first theory was written by Hans Haverman, who suggested that the Cheshire Smile might be reminiscent of a crescent moon. And thus, the powers of the moon, as it fades in and out across the sky and floats ever out of reach, were transferred to the Cheshire Cat himself.

However, there is a second theory that wonders if the Cheshire Cat came straight from the childlike imagination of Lewis Carroll. Carroll spent lots of time inside St. Peter’s Church, in an English village named Croft-on-Tees, where Carroll’s father was a rector. There, on the east wall, there is a stone carving of a cat head that appears to have a wide grin.

Lewis Carroll’s Alice in Wonderland was made specifically for a girl named Alice, and was even inspired by her. While no theory is certain, each of these suggestions provides a look into the mind of the brilliant author himself, who likely drew from his own childhood to create the beloved childhood tale.

What’s your favorite Cheshire Cat quote? Let us know in the comments and don’t forget to Let Your Geek Sideshow!

If you’re looking to bring home the world of Wonderland to your collection, don’t forget to check out the Alice in Wonderland Statue from J. Scott Campbell’s Fairytale Fantasies collection!

Spider-Man Back in the MCU, Sony's Uncharted Film Gets a Director, and more!