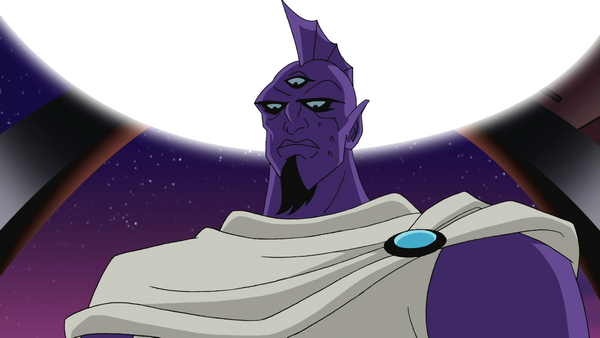 The CW series The Flash is set to open season 8 with a five-part event called Armageddon. Entertainment Weekly has confirmed that the event will feature a variety of returning Arrowverse characters. The event will see the return of Javicia Leslie as Batwoman, Brandon Routh as The Atom, Cress Williams as Black Lightning, Chyler Leigh as Sentinel, Kat McNamara as Mia Queen, Osric Chau as Ryan Choi, Tom Cavanagh as Eobard Thawne, and Neal McDonough as Damien Darhk.

While the five-part event will certainly be influenced by the comic that the name comes from, we already know that it won’t be following all of the plot points. In the original Armageddon story arc, the time-traveling hero Waverider teamed up with The Atom to defeat a villain named Monarch. In the future, Monarch was going to become the sinister ruler of the world, so Waverider did everything he could to stop him in the past. However, when it was revealed that Monarch was once a Justice League hero, Waverider had to discover exactly how and why the Justice Leaguer went bad.

While the comic writers initially intended for The Atom himself to become Monarch, the story was leaked before it was ready, and the writers changed Monarch’s true origin to the hero Hawk, who went evil after the loss of Dove. At this point, The CW has not announced if Hawk and Dove will be taking a role within the Armageddon event. This may point to The Atom eventually turning evil within the story, were it not for some additional news revealed by The CW today.

Entertainment Weekly confirmed that the true villain of the Armageddon event is Despero, played by Tony Curran, known for playing Vincent Van Gogh in BBC’s Doctor Who. Despero is described as “a powerful and intelligent alien possessing incredible powers.” After leaving his home world of Kalanor, he traveled to Earth “on a deadly mission, one whose outcome will decide the fate of humankind and put him on a collision course with Team Flash.”

Despero has been in the comics since the 1960s, constantly trying to conquer the Earth. He’s appeared in comics, sowing chaos through his powerful telepathic abilities. He’s even able to restore memories that have been completely erased from the minds of the Secret Society of Villains. Despero has also made appearances in Cartoon Network’s animated Justice League series, in an episode called “Hearts and Minds.”

Eric Wallace, the executive producer of The Flash said, “Simply put, these are going to be some of the most emotional Flash episodes ever. Plus, there are some truly epic moments and huge surprises that await our fans. And we’re doing them on a scale that’s bigger and bolder than our traditional Flash episodes. So yes, ‘Armageddon’ is a lot more than just another graphic novel storyline. It’s going to be a true event for Flash and Arrowverse fans, old and new. Honestly, I can’t wait for audiences to see what we’ve got planned.”

Season 8 of The Flash begins the Armageddon event on The CW on November 16.