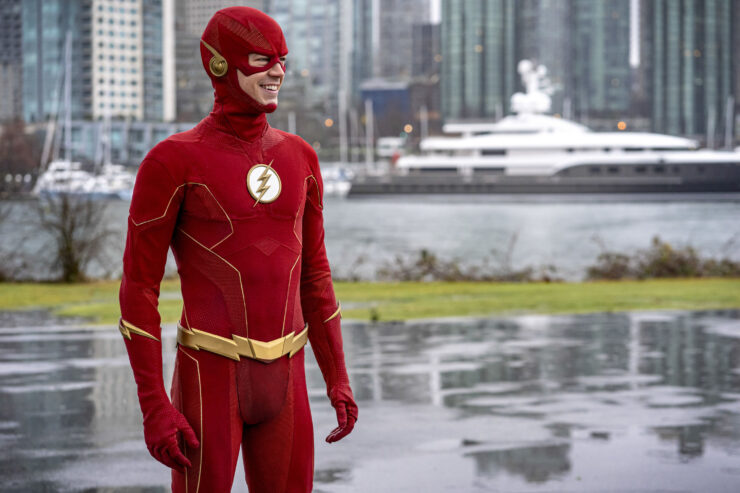 The CW’s series The Flash is set to open season 8 with a five-part event featuring a variety of returning Arrowverse characters. The event will see the return of Javicia Leslie as Batwoman, Brandon Routh as The Atom, Cress Williams as Black Lightning, Chyler Leigh as Sentinel, Kat McNamara as Mia Queen, Osric Chau as Ryan Choi, Tom Cavanagh as Eobard Thawne, and Neal McDonough as Damien Darhk.  Season 8 of DC Comics‘ The Flash begins the Armageddon event on The CW on November 16.

Marvel’s Guardians of the Galaxy Game


Marvel released a new clip from the upcoming game Marvel’s Guardians of the Galaxy. The clip reveals one of the villains, the Grand Unifier Raker, the leader of the Universal Church of Truth, a mysterious organization intent on bringing their so-called “Promise” to the whole galaxy. Rocket, Groot, Star-Lord, Drax, and Gamora will fight against his self-righteousness when Marvel’s Guardians of the Galaxy premieres on October 26, 2021.

What Is The Flash's Armageddon Event?