The Many Different Versions of The Joker

“If I’m going to have a past, I prefer it be multiple choice!”

The Joker has become one of the most infamous and recognizable villains across all mediums, from DC Comics to video games! Each iteration of the comical character has something different to offer, and many fans have many favorites.

But what makes each depiction of The Joker stand out from the others? And how many different versions can there really be? Well, we’ll just have to meet a few! 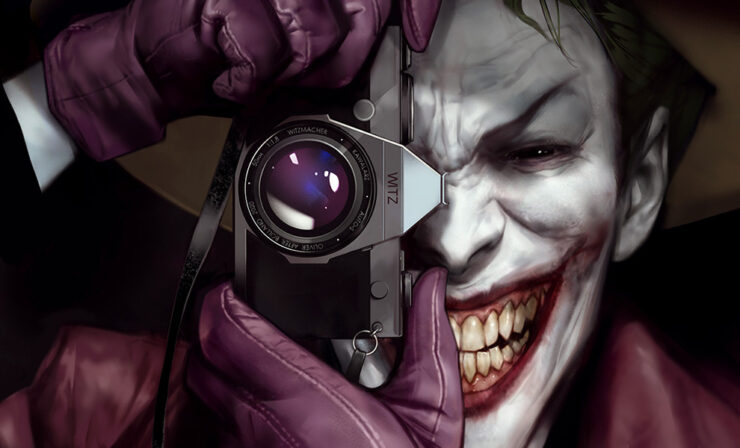 Batman: The Killing Joke is a classic DC Comics story by Alan Moore and Brian Bolland that originated the most widely accepted version of The Joker’s backstory.

It reveals that he was one of the first victims/criminals to don the Red Hood and shows just how twisted The Joker really is. It’s a fan favorite DC Comics story and many fans’ favorite, definitive version of The Joker. He is certainly the most sinister. 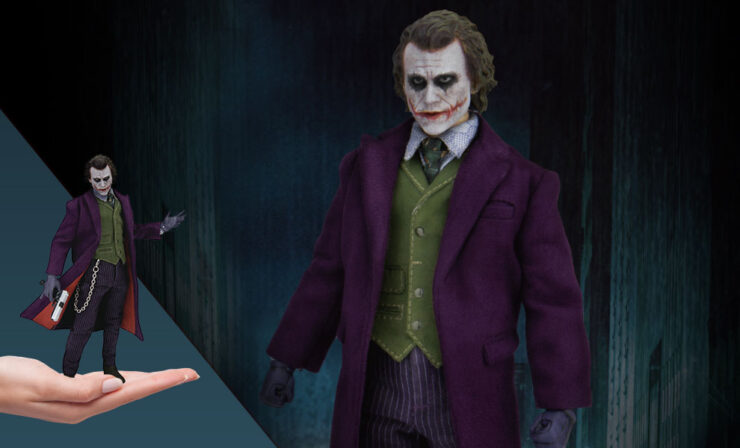 Christopher Nolan’s film The Dark Knight introduced Heath Ledger’s version of The Joker. He wasn’t just a crime lord, and he was so much more than a typical Batman villain.

He was chaos embodied and emboldened by the perfect clarity of his own insanity. Ledger redefined what The Joker could be in a way that would change the world’s perception of the character forever. 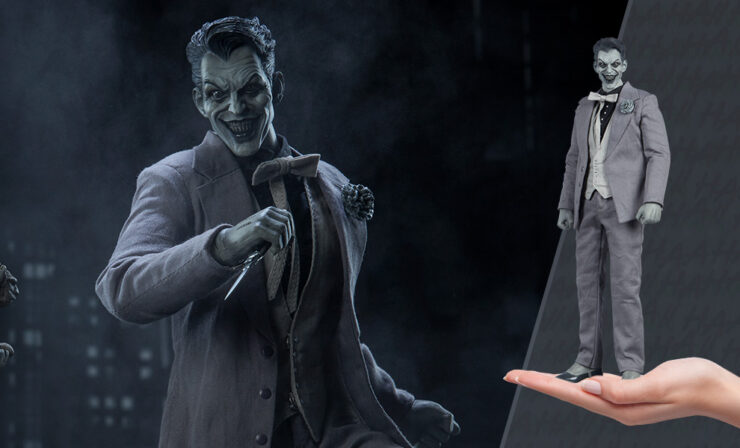 With The Joker’s countless backstories, not much is certain. With ever-changing storylines, alternate timelines, and unique variants, it’s hard to tell what’s real. But one thing that’s certain and real is that The Joker is one of Batman’s oldest enemies.

In the spirit of their history and mystery, The Joker (Noir Version) by Sideshow is depicted in black and white, in the style of the classic noir genre. He’s ready to explore the grays of morality in your collection. 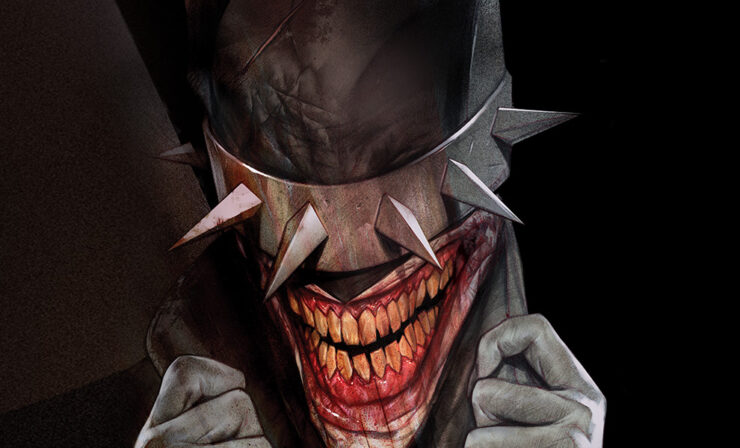 One of the most intimidating versions of The Joker is The Batman Who Laughs, who is somehow both the Clown Prince of Crime and The Dark Knight blended into one terrifying mix.

With the full knowledge of all Bruce Waynes across the multiverse, and the absolute chaotic intent of The Joker, it’s impossible to know if anyone could ever truly defeat him. And with character designs like his, who would want to? 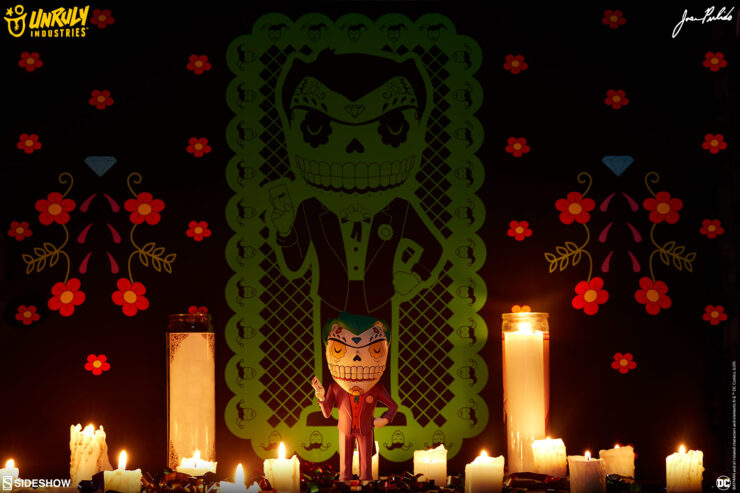 Artist Jose Pulido talked about The Joker Calavera saying, “My intent for the Batman designs was to create a modern take on his skeletons using my own artwork style, which fuses Mexican culture with American pop culture.”

With so many DC Comics gangs (like The Royal Flush Gang and The Jokerz) focused on The Joker’s vision, it’s fitting to have an ofrenda dedicated to the Clown Prince of Crime himself. 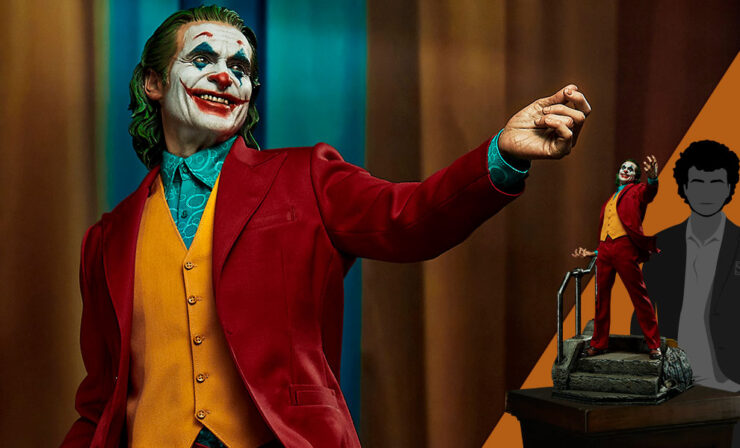 Another chilling representation of the Harlequin of Hate came in Todd Phillips’ film Joker.  The film presented yet another plausible backstory for the villain, roping him up in a complicated web of relationships with Gotham’s highest and lowest.

Joaquin Phoenix’s painful and passionate performance connected fans to the character in ways we never expected, taking a more tragic human perspective on the character than fans had seen before. 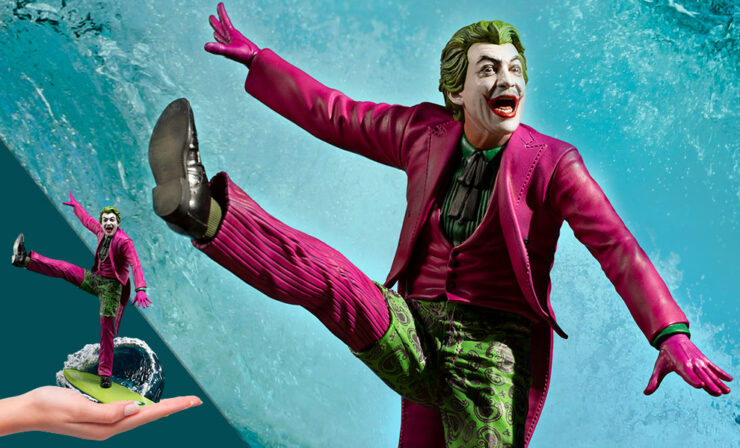 Batman (Adam West) isn’t the only one with crazy gadgets and gizmos at the ready. The Joker (Cesar Romero) is fully equipped with the Surfing Experience & Ability Transferometer in the classic 60’s episode Surf’s Up! Joker’s Under! where the looney laughable lawbreaker tries to make his fortune by stealing skills and the surfing spotlight.

While we don’t see many versions of The Joker like this today, it still hasn’t lost its campy charm. What a laugh! No one could could have guessed that one of the greatest heroes in pop culture would become one of the greatest villains, but when Luke Skywalker‘s actor Mark Hamill became The Joker in Batman: The Animated Series, fans were blown away by his performance.

There is something so playful and heinous about his every word, and many fans feel that this version of The Joker had the very best laugh of them all. 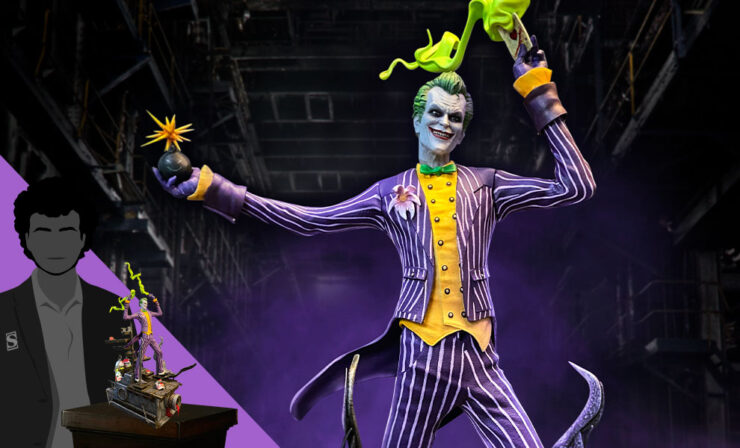 The Joker has infiltrated pop culture through the comics, the silver screen, and the small screen, finally making his way to video games in the Batman Arkham series from WB Montréal.

This version of The Joker, also voiced by Mark Hamill, has the same appeal as the Batman: The Animated Series version, but with a different demographic in mind, this character is much much darker than his animated counterpart. The Joker Arkham Asylum‘s laughter is just as satisfying, but twice as terrifying. 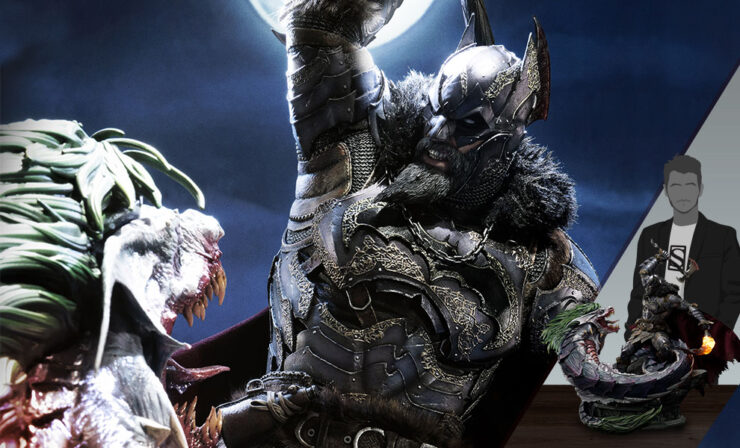 Throughout the multiverse and even the Omniverse, there are alternate versions of every hero and every villain. Some versions stronger and some versions stranger than the prime version we’ve come to know and love.

When Batman discovers The Joker Dragon there is a battle of epic proportion. Batman vs Joker Dragon isn’t the battle you expected, or maybe even wanted, but it is the version of The Joker that you never knew you needed. 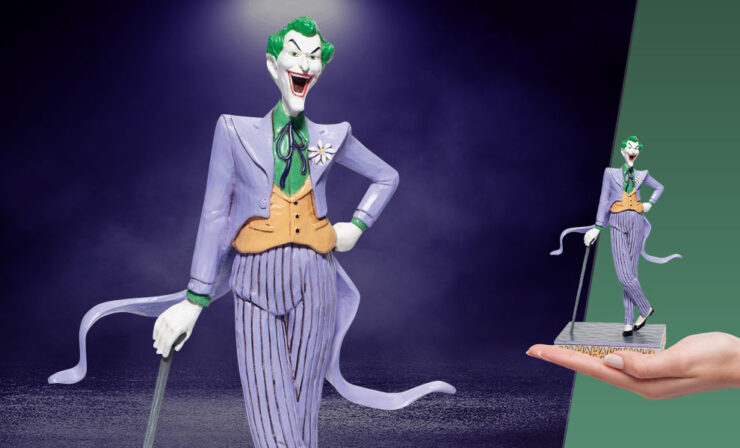 He stands as a showman, happy to perform his next malevolent trick. The confidence and charisma of the character truly shines through.

What is your favorite version of The Joker? And what’s the best version of the Clown Prince of Crime in your Joker collection? Let us know in the comments, and don’t forget to Let Your Geek Sideshow!

Coming Up on The Comics Haul: Love is a Battlefield and Radiant Black