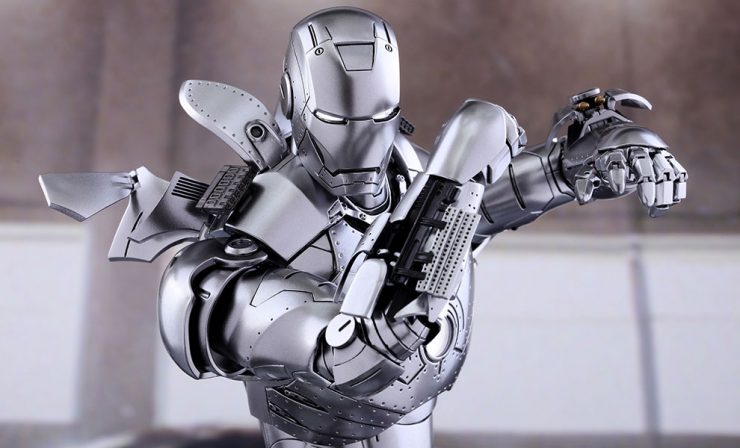 Say what you will about Tony Stark (brash, impulsive, grandstanding, etc.), you have to admit he wasn’t lacking for style. In fact, he would easily come in at the top of any Marvel super hero best dressed list.

This goes double for when he suited up as Iron Man, since the billionaire playboy infused each special armor he wore with the same flair he brought to his social engagements. Because hey, if you are going to fly out to take down alien threats and would-be world conquerers, there is no rule that says you can’t look good while doing it. And with 85 different armors in his archives, Tony had a style for nearly every occasion.

Here is a short list of some of his most stylish armor creations. 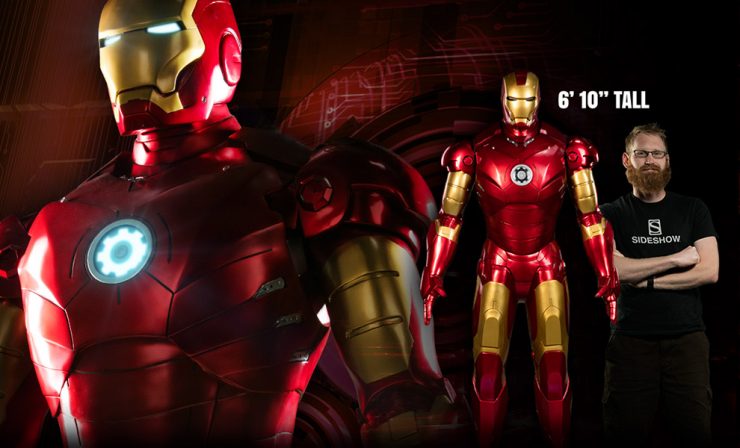 It was the Mark III that gave us the traditional Iron Man look of red and gold, and you can’t beat the classics. The Mark III was also the first fully perfected armor created by Stark, with major improvements to the previous Mark II in terms of flight and fighting capabilities. The armor is composed of a titanium and gold alloy, making it highly durable.

It also includes a built in resistance to ice when flying at high altitudes, something Stark found was desperately needed when testing the previous Mark II. For weaponry, the Mark III includes the standard hand and chest repulsors, super strength, emergency flares, and one anti-tank rocket in each armored forearm. 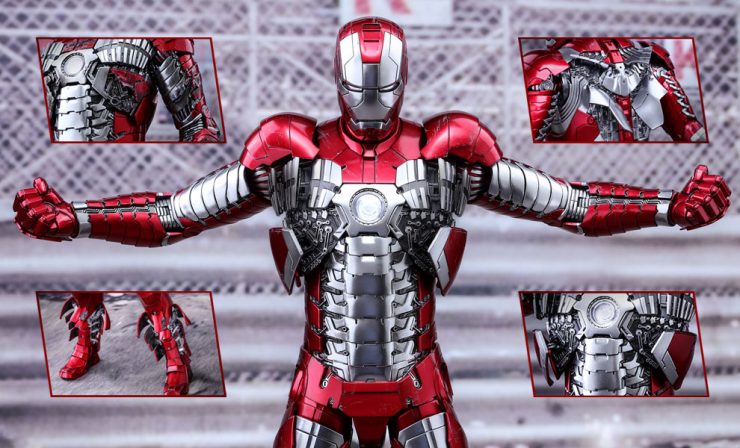 For the super hero on the go, you can’t do much better than Stark Industries’ Iron Man Mark V. Dubbed the “Suitcase Armor,” this emergency and lightweight version of the traditional Iron Man suit is perfect for quick trips to Monte Carlo when a large suit just won’t fit as carry-on luggage. Trading in the standard red and gold color scheme for a shiny red and silver, the Mark V stands out a bit from the other choices on this list when it comes to design.

For example, many important standards of the Iron Man arsenal are MIA on this suit. The only weapons available are the repulsors and some enhanced strength. Also, the suit’s ability to become a compact suitcase comes at the expense of it not being made of the same durable titanium/gold alloy as other armors. Still, you can’t go wrong with a super suit that can fit in the trunk of your car. 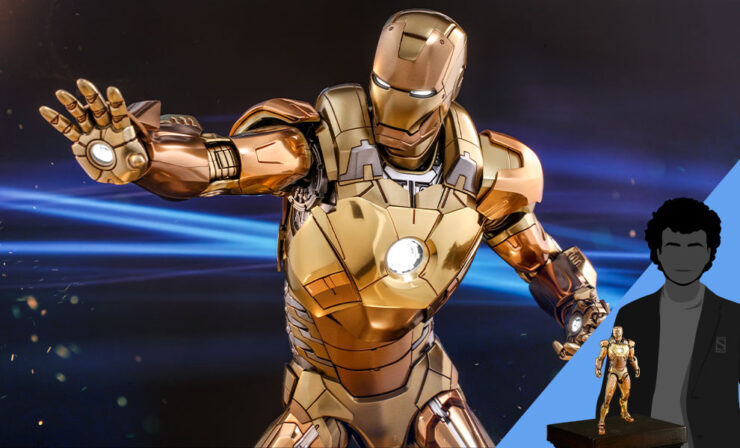 Ain’t no party like a Tony Stark party! The Mark XXI suit, upgrade 21 in Iron Man’s expanding fleet of armors, proved that Tony (and J.A.R.V.I.S.) had the Midas touch when it came to super heroic inventions.

During the climactic battle against Aldrich Killian in Iron Man 3, Iron Man employed this sleek, gilded new suit by asking J.A.R.V.I.S. to initiate the “House Party Protocol.” Along with the rest of the Iron Legion, this suit certainly brought the party with its high-altitude flight capabilities and supersonic weaponry. Can’t say Tony didn’t have a heart of gold underneath that snarky exterior. 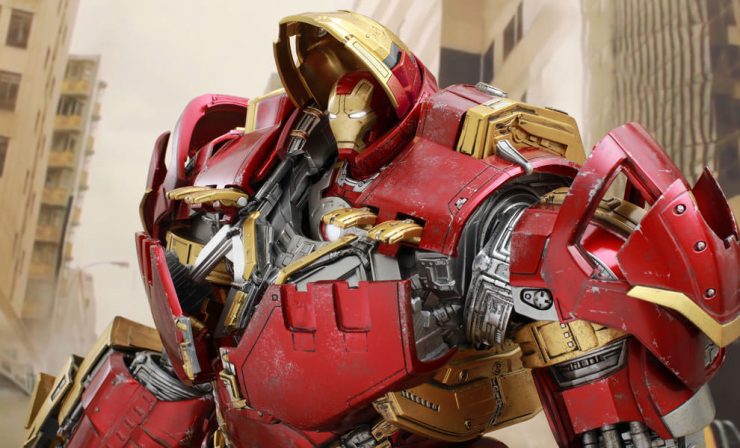 Tony Stark doesn’t deserve all the credit for the design of the Mark XLIV, as the armor was created in collaboration with Dr. Bruce Banner. This is, of course, because the XLIV was made with one specific reason in mind: smash Hulk. Standing a whopping 12 feet tall, the Hulkbuster is by far the largest and heaviest of any armor created to date, bigger and possibly stronger than even the Hulk himself.

Stored in a satellite (codename: Veronica) in Earth’s orbit, this armor has the ability to replace damaged parts of itself from orbit as needed. Due to the armor’s singular purpose, the weapon capabilities were cut back slightly, relying more on superior strength and durability to win the day. Still, the XLIV includes powerful repulsors in the chest and in each hand, a few rockets in case of emergencies, and a quick repeat punching mechanic to try and knock the Hulk unconscious. 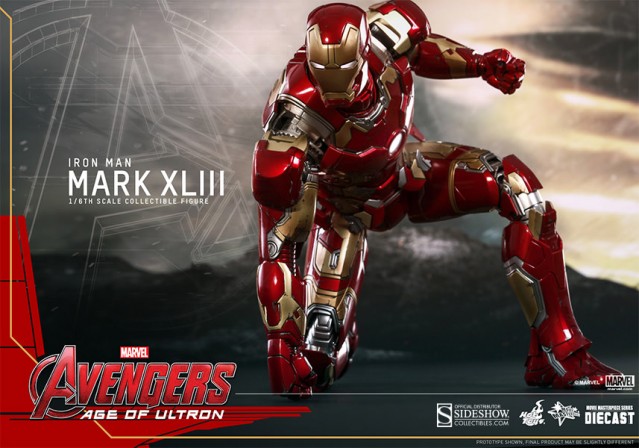 In the initial battle against Ultron, Pietro, and Wanda, the Avengers needed all the help they could get. Together, these three foes could easily outwit and manipulate the team of super heroes. And once Wanda ignited the Hulk’s fury, only some patented Tony Stark/Bruce Banner tech can bring that sun down low.

Of course, Iron Man himself is necessary to pilot the Hulkbuster, which is where the Mark XLIII comes in — this suit pairs perfectly with the Hulkbuster, allowing Iron Man to slip inside and take charge of any big green messes that might arise. 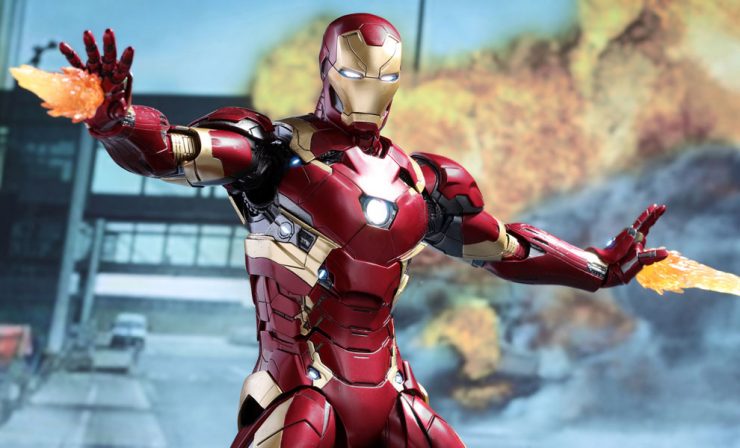 After 45 upgrades and customizations, you reach what many consider to be the pinnacle of Iron Man tech. But Tony knew there was always room for the slightest of improvements. The Mark XLVI included the same titanium-gold alloy present in most armors, but for the first time the armor had a fully retractable helmet rather than the standard flip-up face mask. Just a little bit of extra “oomph.”

Flight capabilities were also improved, with extra flight stabilizers that made the XLVI one of the fastest, smoothest armors around. And if you want firepower, look no further, as this armor came with additional missiles, lasers, and EMP pulses to round out the standard Iron Man arsenal. 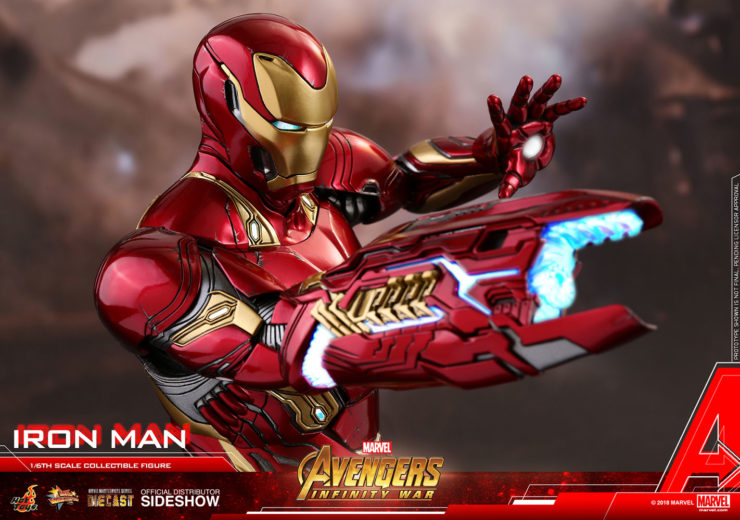 This is Iron Man’s fiftieth suit design, but it was leaps and bounds ahead of any other suit he had created thus far — all thanks to advanced nanotechnology. With an extremely compact design, Tony Stark was able to load it with more weapons and capabilities than any suit before.

The Iron Man Mark L suit had a nano repulsor cannon, an arm cannon, nano boosters, and more. And in Avengers: Infinity War, when Tony tapped twice to activate the nano-tech to fight off Cull Obsidian and Ebony Maw, Bruce Banner was absolutely and understandably amazed.

The most advanced Iron Man suit ever to be created. The Iron Man Mark LXXXV was created some time within the five years between Infinity War and Avengers: Endgame. Tony Stark created 35 different suits after the Mark L in Infinity War, and this suit surpassed all of the others.

Using a highly advanced nanotechnology, Iron Man was able to conjure shields of pure energy, and change the very shape of his armor at will into blades and more. And of course, he was able to change it into the shape of a specifically crafted nanotech version of the Infinity Gauntlet so that he could use the power of the Infinity Stones and defeat the Mad Titan Thanos.

Tony Stark had a suit for every occasion. What are some of your favorites we didn’t mention? Keep the conversation going over at side.show/geekgroup, and don’t forget to Let Your Geek Sideshow!

Need to add some new Iron Man suits to your House Party Protocol? Perhaps a fleet of fine art prints for your Hall of Armor? Click HERE to suit up and check out all the exciting options for sale right here at Sideshow!