“Don’t make us call your mom,” may be the best closing line to any letter, ever!

This week, news broke that a pop-up bar themed after the original Netflix series Stranger Things got the best cease and desist letter from the producers of the series in late August.  As scary as legal paperwork can be, this letter was cheeky and fun, definitely making sure no one felt like a total mouth-breather in the situation. 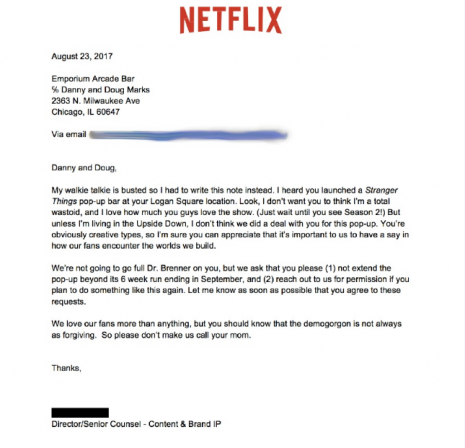 “My walkie talkie is busted, so I had to write this note instead,” the letter begins.  It goes on to detail how the pop-up bar, although done out of love, was not officially affiliated with the Netflix property.  The Emporium Arcade’s Upside Down bar was decorated in theme with the show, taking inspiration from the living room of Joyce Byers, and the venue served appropriately named cocktails like the syrup-flavored “Eleven’s Eggos”.

They had originally planned to end its 6 week run in September, but came up with the idea to extend the event until the late October release of the show’s second season.  However, Netflix had other plans. 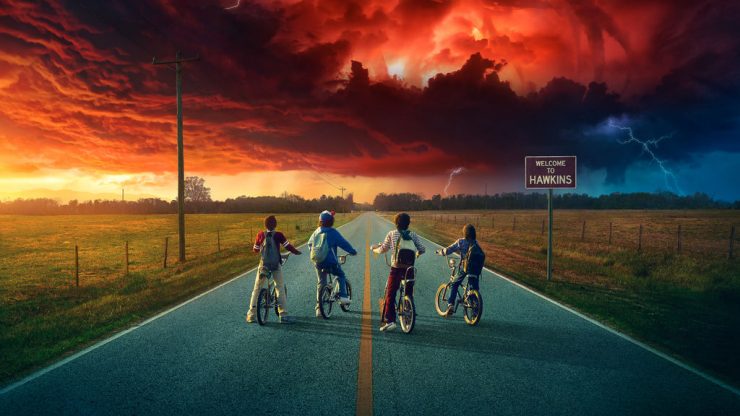 We’re happy to know that the demogorgon was not sent after anyone during these legal discussions, and that the content counsel at Netflix had a sense of humor about it.  At this point, we’re sure the bar organizers are thinking- “We never would’ve upset you if we knew you had superpowers.”

Stranger Things Season 2 is arriving on Netflix in October.  To see what other geeky shows and movies are coming to the streaming site next month, click HERE.