The Wizarding World of Harry Potter introduced fans to a form of magic that exists just out of muggle reach- or rather, on the tips of our tongues.

One of the most delightful aspects of Harry Potter’s magic is that it’s easy to understand and you can even speak the spells! Many spells are based on Latin phrasing or other equally mysterious incantations. All that is needed is a wand, the right movements, and- oh yeah– magical ability. Even if fans weren’t able to cast the spells themselves, we got to learn right alongside our favorite characters throughout their time at Hogwarts! 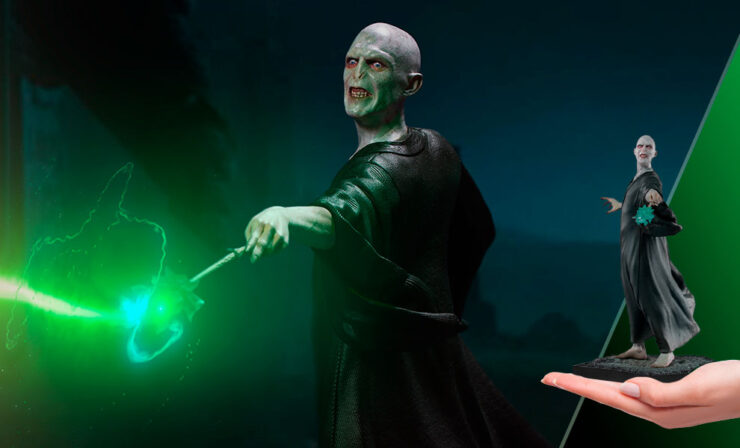 Of all these spells, it’s hard to pick the most powerful, and it would be too boring and too predictable to pick the Unforgivable Curses, So instead, we’ve sorted through all the movies and all the books, and picked the top ten best spells, in no particular order, with varied useful effects and applications.

Evanesco is an extremely interesting and difficult spell to learn and perform. It’s a unique transfiguration spell that makes things vanish. Now don’t get this confused with an invisibility spell, because this is not an illusion.

This is a vanishing spell that can be used on animate or inanimate objects, from iguanas to a stack of scrolls at Grimmauld Place. Harry might have even used this spell on accident at the zoo to make the glass disappear in front of the snake.

The Patronus Charm is an extremely powerful defensive charm that can deter Dementors and other dark creatures. It manifests itself in a different way based on the person who casts the spell, and is conjured only by extremely positive memories.

It seems that the Patronuses takes the form of some sort of element of the personality. It is a pure and powerful aspect of hope against all odds, and they usually take the form of animals. These Patronuses can also be used to communicate to send messages and alerts. Multiple Patronuses can be cast at one time, as shown by Professor McGonagall, and they can also appear as non-corporeal silver wisps. 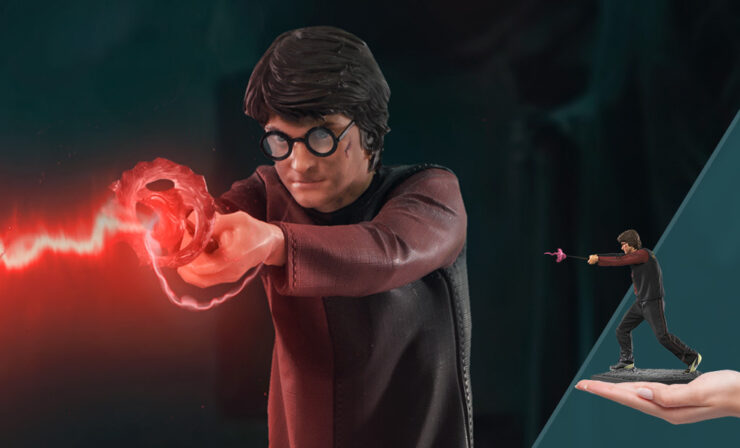 Expelliarmus is a disarming charm. It forces whatever an opponent is holding to fly out of their hand. This is particularly useful in wizarding duels, because it takes the wand right out of your opponent’s hand.

Expalliarmus is Harry Potter’s signature spell, making him rather predictable to fight against. Harry Potter even used the spell in its most powerful form as a rebound in duels against Voldemort, and the Dark Lord was eventually able to predict this of him.

Lumos and Nox are a group of spells that go hand in hand. You can’t really mention one without the other. Lumos simply creates a light at the end of a wand. That said, the light can also illuminate unseen entrances, though this is not used as often. When paired with the word “Maxima”, it casts a light as bright as the spellcaster would want, and “Lumos Solem” casts blinding sunlight.

Nox, the counterspell, simply turns the light emanating from the wand off. Most interestingly, it seems that the spellcaster can even use the Lumos and Nox spells without holding onto the wand. If they were to utter it from far away, the wand would still light up or extinguish.

The duplicates that are created are usually of lesser quality, and they’re known to tarnish and decay at a much quicker rate than the originals. This spell can also be cast in such a way that the original object does not stop duplicating itself. In this form, it is called the Gemino Curse. 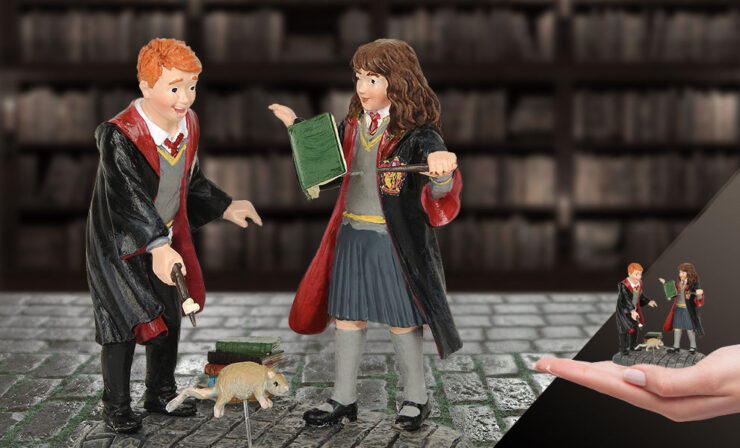 Levioso is the basic levitation spell. However, it’s much more famously used in the lesson where Ron, Harry, and Hermione are learning to make feathers float.

They use the variation of the spell, Wingardium Leviosa, to make the feather float. The levitation charm does not work on human beings, but it can be used on small animals (though this is certainly frowned upon).

This spell is a complicated and potentially abusive jinx that makes the leges of the target of the spell move and spasm wildly out of control. It works on inanimate and animate objects, meaning that a chair can dance just as well as a human, though a human might have a greater problem with it (like in the duel against Draco Malfoy).

When used on things that don’t naturally have legs, it can cause problems. The best example would be when the warlock Zaccaria Innocenti jinxed Mount Vesuvius to dance, causing the historical eruption.

Accio is the perfect spell for lazy days reclining, or for when your pen is just out of reach. Or perhaps a broom. Whatever it is, Accio will bring it to you! There are, however, a few rules that should be noted. Even though the object you’re summoning doesn’t have to be within your line of sight, you have to have a very clear vision of what the object is.

You also have to say the name of the object directly after the word Accio. Most objects being sold in stores have a rather unbreakable anti-summoning charm on them, made so that they can only be summoned by their owners. 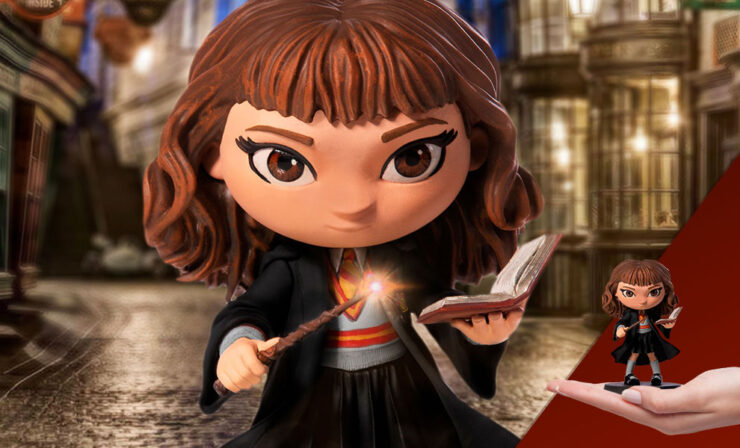 This might be one of the most under-appreciated spells in the movies and books, and it’s one of the first cases of magic we ever see! Reparo allows the spellcaster to seamlessly repair broken objects.

We see it when Hermione uses “Oculus Reparo” on Harry’s glasses on the train, and we even see Harry use it on his own wand using the power of the Elder Wand. The spell is powerful and practical all in one!

Fiendfyre is the name of the spell, though its incantation is unknown. It is advanced dark magic, but it is capable of destroying Horcruxes. It is a quite uncontrollable raging fire that cannot be put out through any normal means.

Fiendfyre is quite difficult and dangerous to control, though Voldemort was able to control it. It often takes the form of a beast, making it, in a way, a sort of dark and dangerous Patronus spell. The fire burns bright and takes everything under its blaze.

You don’t need Accio to find all your favorite Harry Potter Collectibles, because we’ve got them for you here.

What’s your favorite Harry Potter spell? Let us know in the comments, and don’t forget to Let Your Geek Sideshow! 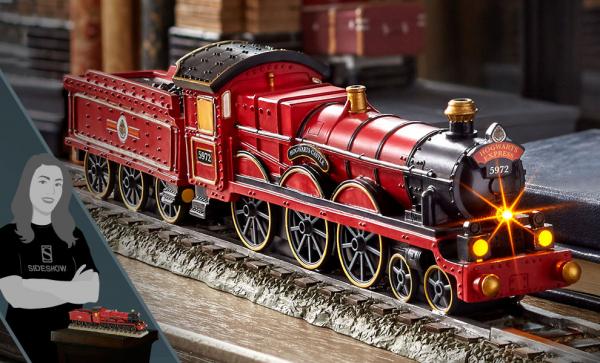 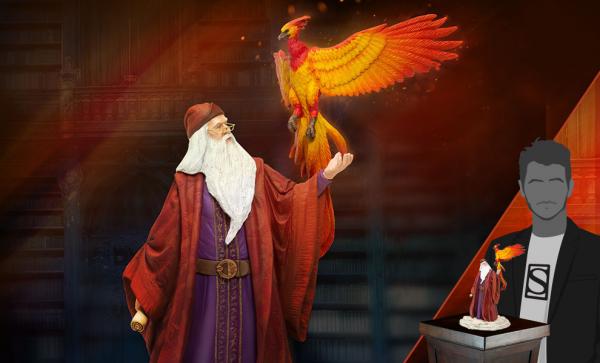 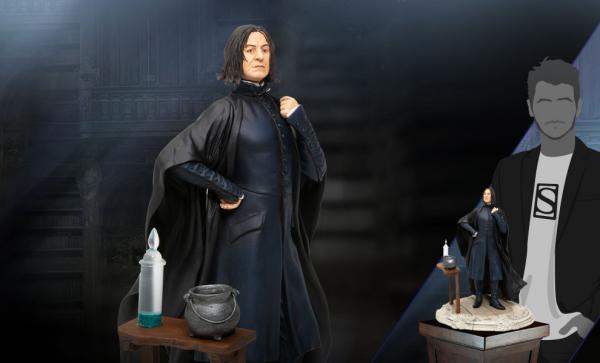 School of the Dead Episode 4: Ellianastis

New Photos of the Black Cat Statue by Mark Brooks