Harry Potter has been a source of immense happiness and hope for generations. From the books to the movies, the series creates joy and reminds us all to become our best selves. It helps us see the magic in the mundane. Whether we’re more inclined toward courage, ambition, wisdom, or loyalty, ultimately Harry Potter fans value compassion, altruism, warmth, and love.

Those values don’t come from a summoning spell; they’re built inside the walls of Hogwarts Castle. Harry Potter’s pages and film scripts are full of words that inspire, uplift, and warm our hearts. As the 2021 holidays end and 2022 begins, we could all — muggles, wizards, and witches alike — use motivational words to ring in the New Year. Read our list of 10 of the most magical Harry Potter quotes below.

At the end of The Sorcerer’s Stone, Slytherin house is in the lead for the House Cup. After defeating Voldemort, but losing many House points throughout the year, young Gryffindor students Harry Potter, Hermione Granger, and Ron Weasley are dejected. In his end of the year speech, however, Headmaster Albus Dumbledore makes a few final adjustments. He awards our Golden Trio points for their achievements in the trials to claim the Stone. This ties Gryffindor House with Slytherin. Dumbledore has a final wizard to recognize, however: Neville Longbottom, who overcame his insecurity to stand up for what he believes.

“It is our choices, Harry, that show what we truly are, far more than our abilities.”

— Albus Dumbledore, Harry Potter and the Chamber of Secrets

The Wizarding bloodline feuds and prejudices are explored rather heavily in Chamber of Secrets, which shows a remnant of Tom Riddle’s soul as it executes and terrorizes “impure” witches and wizards. Also antagonizing Harry Potter and his friends are Draco Malfoy and his father Lucius Malfoy, two Pure Blood wizards who believe their magical might is superior to that of any muggle-born like Hermione or a Half-Blood like Severus Snape.

At the end of Chamber of Secrets, Dumbledore explains to Harry that these capabilities and inherent magical strength are far less impressive than what a person actually chooses to do with their life, who they choose to protect, and how they treat their alleged inferiors — such as Dobby the house elf, who Harry cleverly frees.

“The ones that love us never really leave us.”

— Sirius Black, Harry Potter and the Prisoner of Azkaban

In the space of a single book/movie, Harry Potter is reunited with and then separated from his godfather. Sirius Black, who is wrongfully convicted of betraying James and Lily Potter to the Dark Lord and spends The Prisoner of Azkaban on the run. Harry swears revenge on him. Thankfully, Harry later discovers that this man is innocent. The larger Wizarding World is unable to accept this, though, and after taking flight on Buckbeak the Hippogriff, Sirius must escape into hiding once more.

Harry is obviously upset by this. As an orphan who lives in an abusive muggle home, he is mourning the absence of a loving family member. Sirius shares the sentiment, especially when he notes how unfair it is that he was able to spend so much time with Harry’s parents when Harry lost them so young. But, Sirius explains, our loved ones are always close by and carried in our hearts. It’s a beautiful viewpoint on grief and loss.

“Happiness can be found even in the darkest of times, if one only remembers to turn on the light.”

— Albus Dumbledore, Harry Potter and the Prisoner of Azkaban

Dumbledore’s quote here is a reminder not to fall to despair. There is always something to look forward to, whether that’s a hobby or a person or a place. Warmth and brightness exist in the blackest of nights, as long as you can find the fortitude to switch them on. And that can be very difficult, or close to impossible, for those who suffer so much. Harry Potter and his friends endure pain that seems insurmountable. But they survive — and so can you.

“Dark and difficult times lie ahead. Soon we must all face the choice between what is right and what is easy.”

— Albus Dumbledore, Harry Potter and the Goblet of Fire

Goblet of Fire has one of the most distressing ends in the series. The fourth Harry Potter book/film marks a turning point in Harry’s life; he’s growing up, and we’re following him on a journey that is no longer just broomsticks and butterbeer. This Dumbledore quote specifically references the aftermath of Cedric Diggory’s death. An honorable Hufflepuff, Cedric was a trusting and trustworthy companion even after his death, when he appeared as an apparition to help Harry escape the graveyard. Getting out of there alive took all of Harry’s strength. Dumbledore reminds our hero and all of us that we have to make active decisions to remain true to ourselves and do the right thing, even if it hurts.

— Ginny Weasley, Harry Potter and the Order of the Phoenix

The Weasleys have all been Gryffindors for a reason! The youngest of seven, Ginny Weasley is an intrepid and capable witch. She remains calm in some seriously scary situations, and keeps a lighthearted attitude despite a harrowing brush with death in her first year at Hogwarts. In this quote, she’s crediting her mischievous twin brothers, Fred and George Weasley, for influencing her brave behavior. She knows that power comes from within herself, too. Ginny’s confidence is an inspiration to us all.

“I think I’ll just go down and have some pudding and wait for it all to turn up — it always does in the end.”

— Luna Lovegood, Harry Potter and the Order of the Phoenix

Luna Lovegood, beloved Ravenclaw, is known for her zany, artistic personality. Although not understood by many, she is comfortable in her strangeness. She dresses exactly how she wants in bright colors and odd textures, believes in atypical magic such as wrackspurts and nargles, and is happy to move dreamily through a peaceful life that was once impacted by a great tragedy. Throughout the Harry Potter series, a lot of Luna’s peers judge her. But they should really be learning from her.

In the instance of this book quote, Luna has lost most of her belongings. More accurately, some bullies have taken and hidden her items, and Luna is wandering the castle corridors as she searches. Harry finds her and asks what she’s doing. He expresses dismay that anyone would treat Luna so unfairly. Luna, however, is unbothered; the only reason she’s looking so hard at that moment is because it’s the last night and she needs to go home soon. But she simply decides that she’ll put up her signs and go have dessert, showing us all that our troubles can be trivial if we choose not to worry and instead pick pudding over a ruined or stressful evening.

“We’re with you, whatever happens.”

By the sixth installment, Harry Potter has got a bit of that classic hero complex. Determined to set off on his own hunt for Voldemort’s horcruxes, he insists on protecting his friends by not giving them a choice in the matter. Hermione Granger refuses to participate in this “selfless savior” bit. She reminds Harry that she and Ron Weasley have been with Harry since the beginning as his best friends, and they’ll be with him until the end. We all need tough love and words of affirmation from the Hermione Grangers in our lives.

“It is the quality of one’s convictions that determines success, not the number of followers.”

Remus Lupin is one of the best Defense Against the Dark Arts professors that ever resided at Hogwarts. This is not just because he was an excellent teacher, but because he has a strong moral backbone and a good heart. This quote conveys both his optimism and clear sense of justice, which places passion and righteousness above the ability to control others through power or fear. In the battle that will determine the future of the Wizarding World, Remus is an invaluable ally. And in our world, people like Remus are valuable advisors.

“Of course it’s happening inside your head, Harry, but why on earth should that mean it’s not real?”

In the Forbidden Forest, Lord Voldemort uses the killing curse on Harry Potter. Harry arrives at a gleaming white version of King’s Cross Station, where an ethereal Albus Dumbledore awaits him. He sits with Harry, who contemplates his life and choices — or lack thereof — that have brought him to this moment. Harry reflects upon years of friendship, betrayal, secrets. He tries to find a reason not to board the train, and instead return to the friends and family still fighting for their own lives.

Eventually, Harry decides to go back. As he goes back he asks if everything he just experienced in King’s Cross has actually been all in his head. Dumbledore’s reply reminds us that feelings, memories, and beliefs can be real to us even if they only happen within us. Our thoughts can guide us and having a dialogue with yourself, whether that comes in the form of a mentor or not, is important in any situation.

What’s your favorite Harry Potter quote? Let us know in the comments, and have a “Happee” New Year! 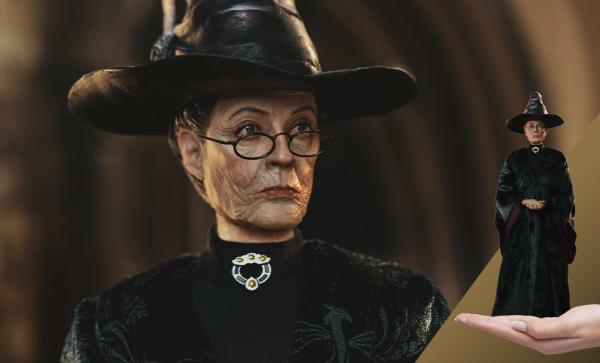 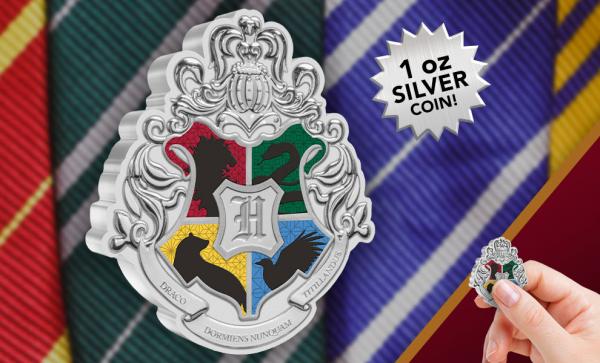 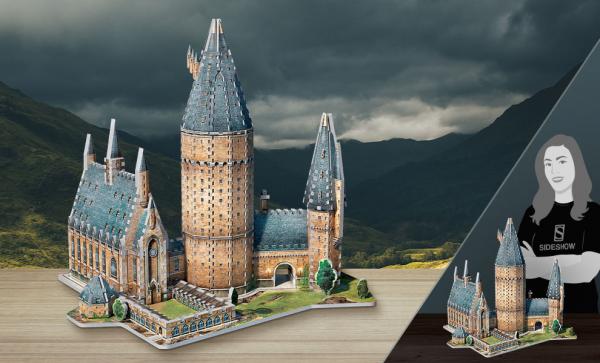 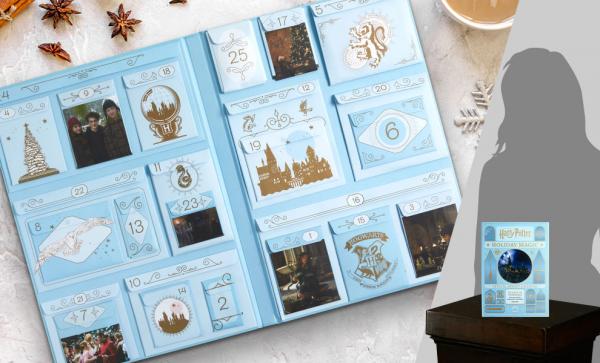