Janet Van Dyne is a designer extraordinaire and a fashionista unlike any other. She has had more costume changes that just about any and every other super hero out there. In some comics, she’ll have three new costumes in a single issue! And that’s just for when she’s saving the day as the Wasp!

Janet Van Dyne, A.K.A. the Wasp, is a designer by trade. From superhero costumes to everyday fashion, she’s got the keenest eye for form and function. Here are some of our favorites Van Dyne Design Studios outfits. 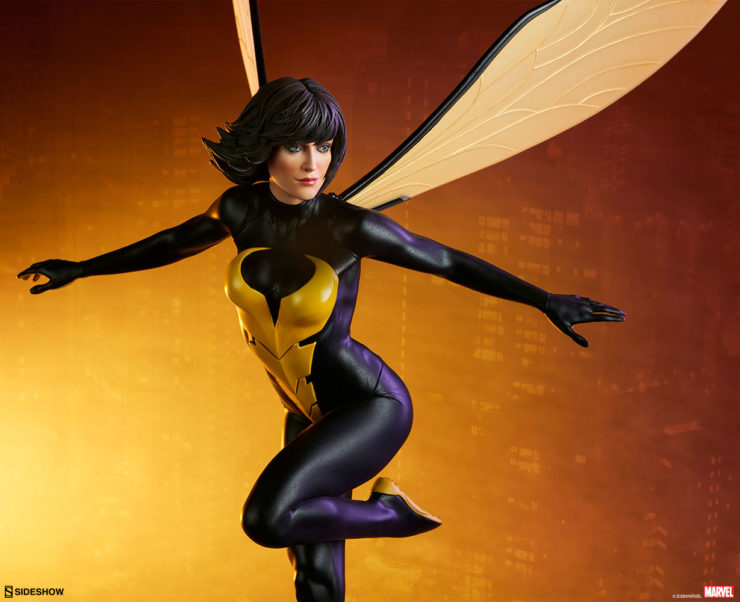 When it comes to fashion, no one’s got it like the Wasp. She’s had more recorded costume changes than just about any other comic book character. She’s had — no exaggeration — over one hundred different outfits as the Wasp alone, let alone as her alter ego Janet Van Dyne, whose dresses and balls gowns would leave a queen green with envy. 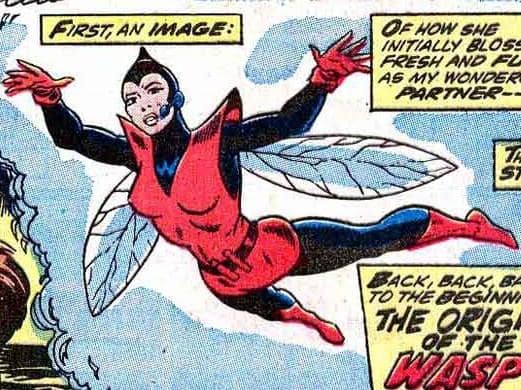 Her superhero design started with a red tunic over black legs, with a wasp-like pointed helmet. Originally, her wings were organic, not technological, so they always factored into her fashion. 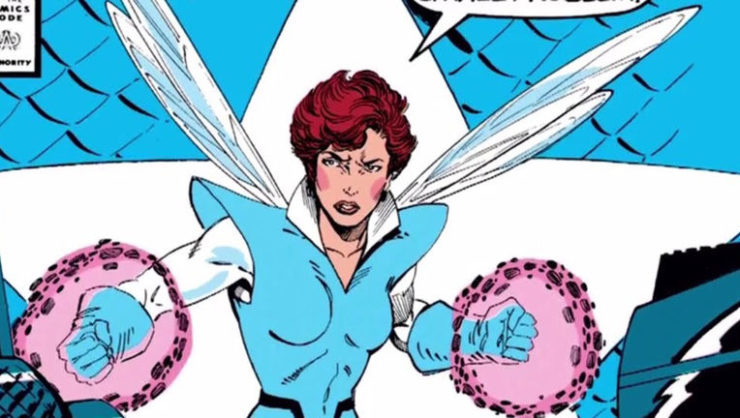 As she developed her design skills, she continued to refine her superhero outfits. That way, she could adapt her outfits to account for every villain and foe so that she had the upper hand in battle. Just like Iron Man making custom Hulkbuster Armor, Wasp made costumes for nearly every opponent and every occasion.

And yes, she’s had some fashion blunders. Like plaid. And some other strange color combinations. But eventually, she moved to the modern day look of black and yellow, like a real Wasp. In some comics, this modern costume is actually armored and designed to enhance her natural “Wasp Sting” bioelectric beams. 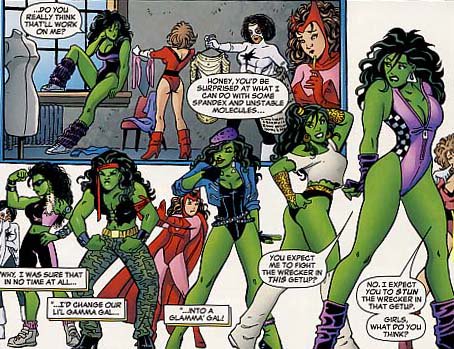 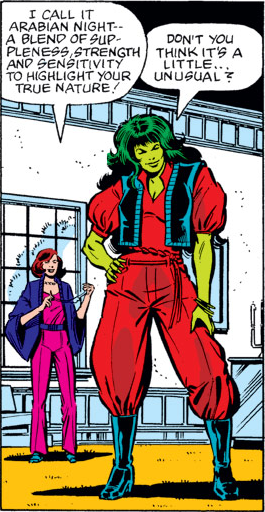 When She-Hulk finally joined the Avengers, Wasp rejoiced at having more female heroes on the team. Not only that, but she was thrilled to have another teammate’s costume to work on. Janet designed She-Hulk’s outfit using spandex and unstable molecules, similar to the molecules the Fantastic Four use in their costumes. Janet even had Scarlet Witch, Monica Rambeau, and other heroes come over so that they could all decide which outfit they liked best for the jade giantess. 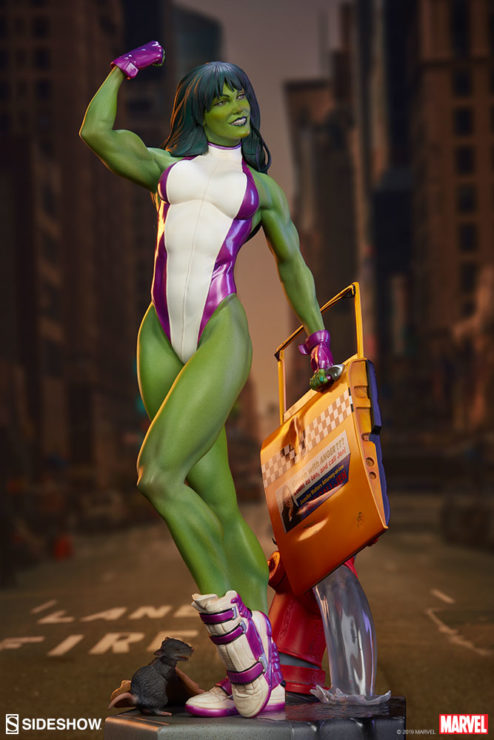 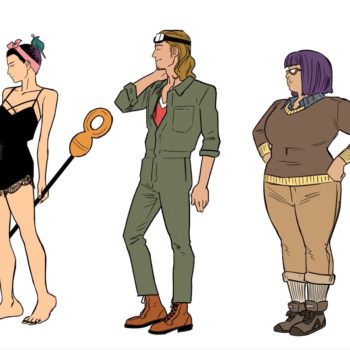 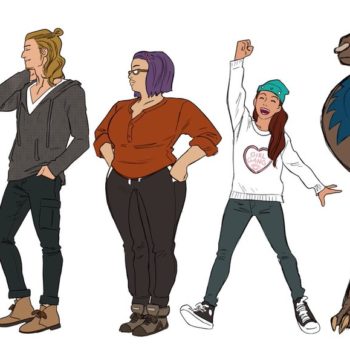 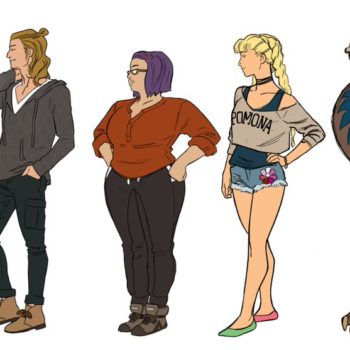 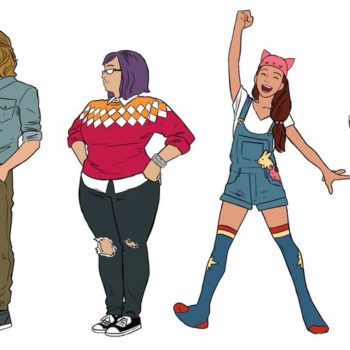 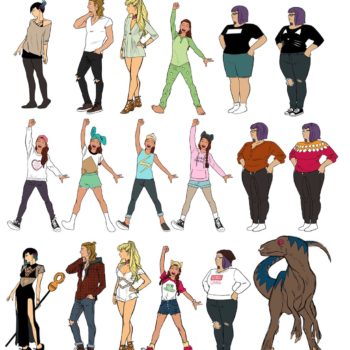 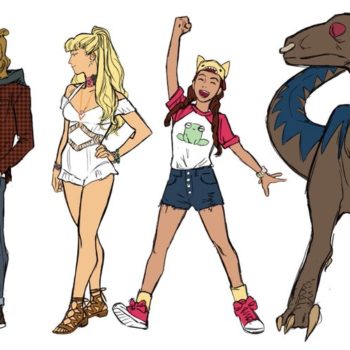 Janet Van Dyne has even designed a line of casual clothing that the teens in the Marvel Universe love. In fact, some members of the Runaways, including Karolina Dean, wear Van Dyne Designs almost exclusively! We get a look into their world of fashion through artist Kris Anka’s comprehensive style guides for Marvel’s Runaways. 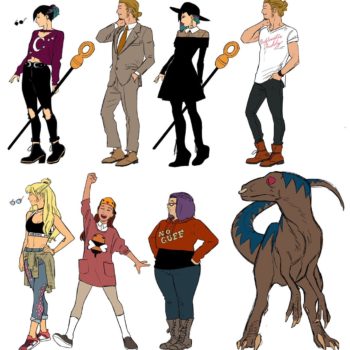 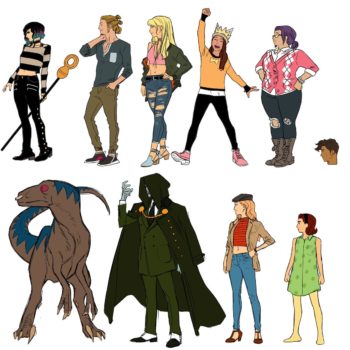 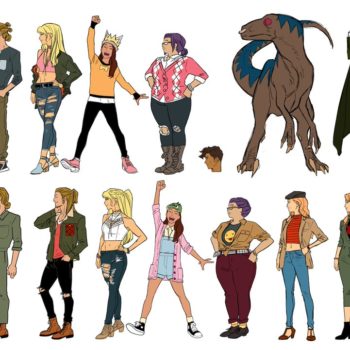 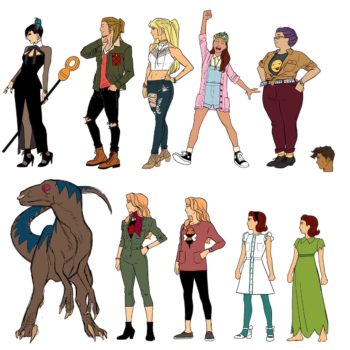 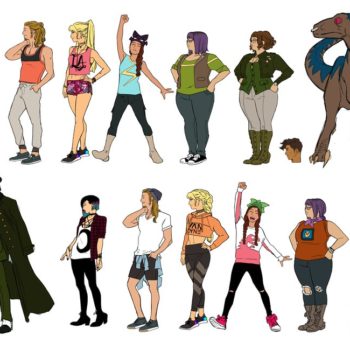 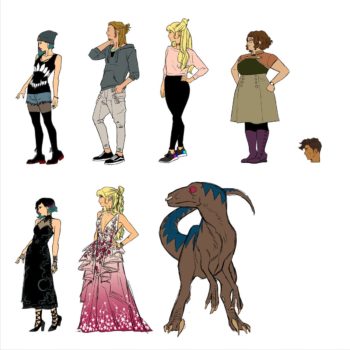 Featured in the style guide there are gothic, mystical, villainous, and sporty designs as well as themed t-shirts (can you find Ms. Marvel?), and more! Janet’s Van Dyne Designs are featured alongside numerous other styles as the Runaways express their own identities away from the control of their evil parents.

In every reality, Janet Van Dyne has the fashion sense to cater to heroes across generations- she even designed exclusive dresses for very prominent mutants like Storm in the House of M alternate universe. While yesterday’s fashion doesn’t always make a comeback, the Wasp has the keen eye for style and practical smarts to keep things current and provide support both as a teammate and as a tailor.

What’s your favorite Van Dyne design? Let us know in the poll or comments section below!

If you want to add some stylish super heroes to your Marvel universe, look no further for incredible Avengers collectibles and Marvel Designer Toys!