Marvel’s Moon Knight: Who is Marc Spector, AKA the Fist of Khonshu?

Join us below as we explore Moon Knight’s powers as well as Marc Spector’s personal history. Plus, get details about some of his other personalities — and how they help or hinder Moon Knight’s deeds. 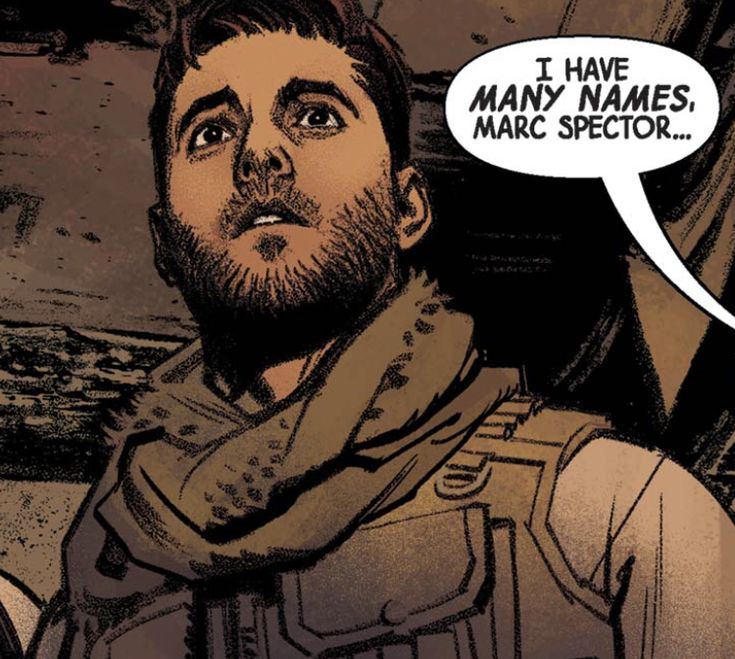 Marc Spector is a rabbi’s son. Born in Chicago, he grows up with his younger brother Randall. Both boys are frequently bullied because of their Jewish heritage. They internalize this violence, obsessing over war and learning how to fight. Although their father disapproves, this training helps Marc greatly when he is attacked by a former Nazi/serial killer.

This event traumatizes him. Because of it, he develops a dissociative identity disorder, with two alternate personalities emerging. Marc is then placed in psychiatric care and only released to attend his father’s funeral. There, the Moon God Khonshu speaks to Marc and claims to be Marc’s true progenitor. Terrified, Marc flees. 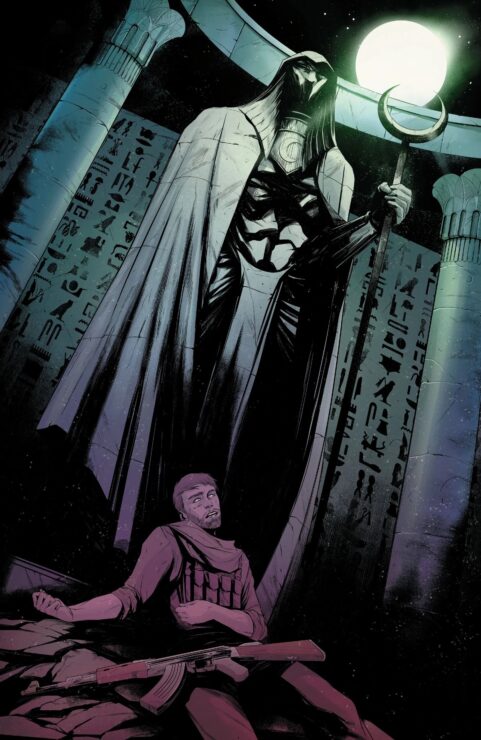 Marc enlists in the Marines. However, his erratic behavior and psych evaluations lead him to be dishonorably discharged from service. Soon Marc turns to mercenary work for the CIA, but eventually leaves that program once he and his brother have a violent falling out. Thus Marc engages in illegal bounty work, and subsequently ends up in Egypt.

There he encounters Raul Bushman, who mortally wounds Marc and leaves him for dead in the desert. Near death and delirious, Marc is laid beneath the idol of Khonshu. Khonshu’s spirit speaks to Marc, promising to restore his life if Marc agrees to enter into the deity’s service. Thinking the discussion is part of a hallucination, Marc agrees, and he wakes to fight all of Bushman’s soldiers. Bushman himself escapes. 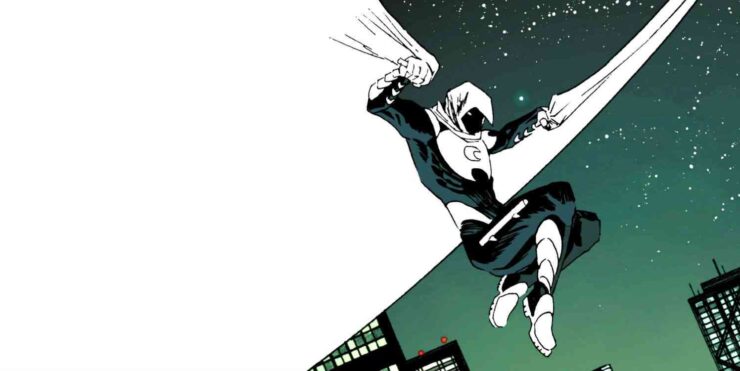 Alongside his best friend Frenchie and his lover Marlene, Marc moves to New York City. He fully embraces the Moon Knight persona as his true purpose in life. Moon Knight is the high priest and fist of Khonshu. Sworn to do the god’s bidding for eternity, Moon Knight is powered by a sliver of Khonshu’s abilities imbued inside him. Possessing superhuman speed, agility, and endurance, Moon Knight’s strength is enhanced further at night and especially during full moons.

Because he is presumed dead, he barely uses his original identity of Marc Spector. Instead, he uses his accrued wealth from mercenary work and gambling to develop full lives for his alters. At various points, Moon Knight teams up with the Defenders, Captain America’s Secret Avengers, and Spider-Man. However, he is often considered too dark, violent, and unhinged to work on a team and ultimately keeps to himself for hero work.

Steven Grant is Marc’s first alternate personality. This persona has a lot more confidence and charisma than Marc. Unlike any of Marc’s other alters, Steven Grant is a public figure with an immense social presence and following. He’s a suave millionaire who funds all of Moon Knight’s crime fighting escapades and equipment. Steven additionally has major connections to Wall Street. He also launches his own movie studio to garner further fortune. 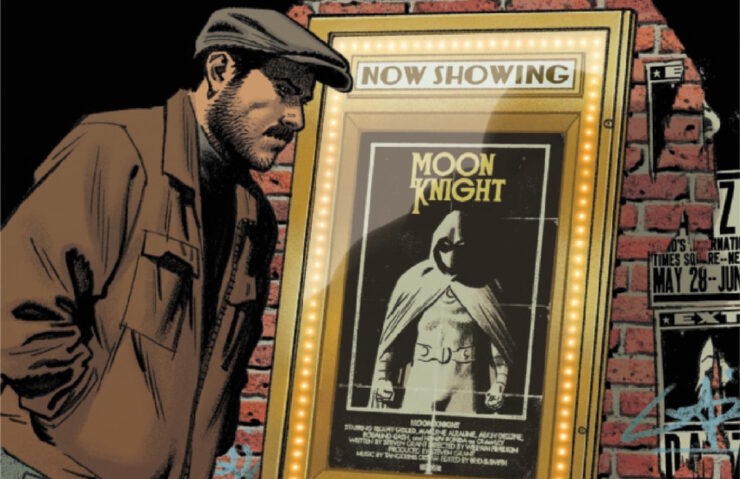 Jake Lockley works in the shadows. Marc’s second manifested personality, Jake is a street-smart taxi cab driver. He is the spy to Moon Knight’s soldier, gathering intel and uncovering information that is vital to Moon Knight’s successful vigilantism. Through Jake Lockley, Marc develops not only a network of informants, but a group of people he feels he can (mostly) trust. 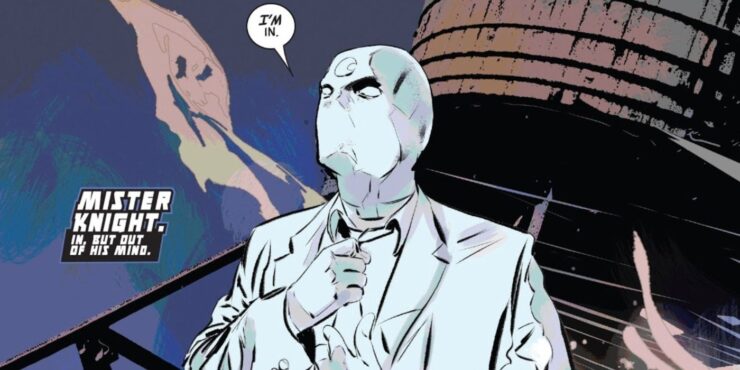 Mister Knight is Marc’s newest alter. Relatively sophisticated, if not a little mad, Mister Knight has a unique fashion sense that quickly draws attention to him. However, Mister Knight basks in anonymity. Masked and obscured in dramatic lighting, this suited consultant converses with Marc’s psychiatrist for him. He also listens to and advises civilians. If Moon Knight is all brawn, Mister Knight is the brains of the operation.

What (or who) do you think is the most interesting part of Moon Knight’s history? Are you excited for the new Marvel television show? Let us know in the comments, and don’t forget to Let Your Geek Sideshow!

Moon Knight and Other Egyptian Characters in Marvel Comics