Villains or heroes, magic or man-made, there is something endlessly appealing about characters with cryokinesis: the ability to create ice.

What is it about those ice cold characters that freezes us in our tracks? Why are we so captivated by the cold? Let’s grab an ice pick and excavate the answer. 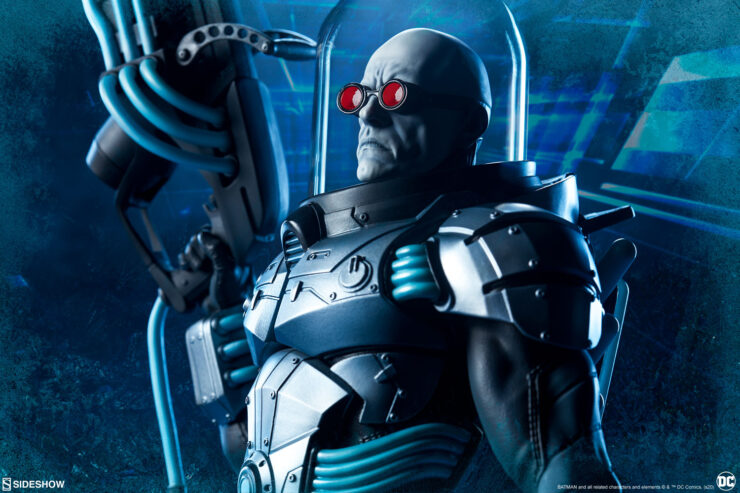 Perhaps, the core of this icy conundrum is the question of symbolism. What does ice represent? Naturally, there are many different interpretations, but we don’t have to look much further than the average kitchen! Ice (in the freezer) preserves. The cold maintains the quality of our food so that we can enjoy it whenever we see fit. Some of our favorite comic book characters have used ice in exactly that way!

One of the canonically oldest superheroes,  Captain America, was quite literally frozen in ice for decades. And when he was thawed out, he was still in his prime, ready to fight any foe! The mythology surrounding the character speaks to our reverence for ice itself.

The more tragic version of this tale belongs to Mr. Victor Fries, more commonly known as Mr. Freeze, a classic Batman villain. His heart-wrenching story was introduced in Batman: The Animated Series. We learned that Victor’s wife, Nora, was diagnosed with an incurable disease. The doctor said that technology simply wasn’t advanced enough to cure her yet, and that she didn’t have much time left. Unless, thought Victor, there was a way to buy her more time. Technology was certainly going to improve, so all he needed was time. And he got time by freezing her in ice that was absolute zero, the coldest temperature physically possible. She is perfectly preserved, and Mr. Freeze is doing all he can to gather the resources to find the cure and unfreeze her safely.

This perfect preservation seems impossible, and yet it almost seems real. That’s what makes it so exciting. When there are heroes that can fly, or shoot magical beams from their eyes, the idea that something so tangible can also be magical is thrilling. It makes these characters more approachable.

And yet, they’re only approachable if they’re not dangerous. As a matter of fact, most characters with ice powers are extremely dangerous due to the fact that they’re extremely powerful no matter if they fight for good or evil. 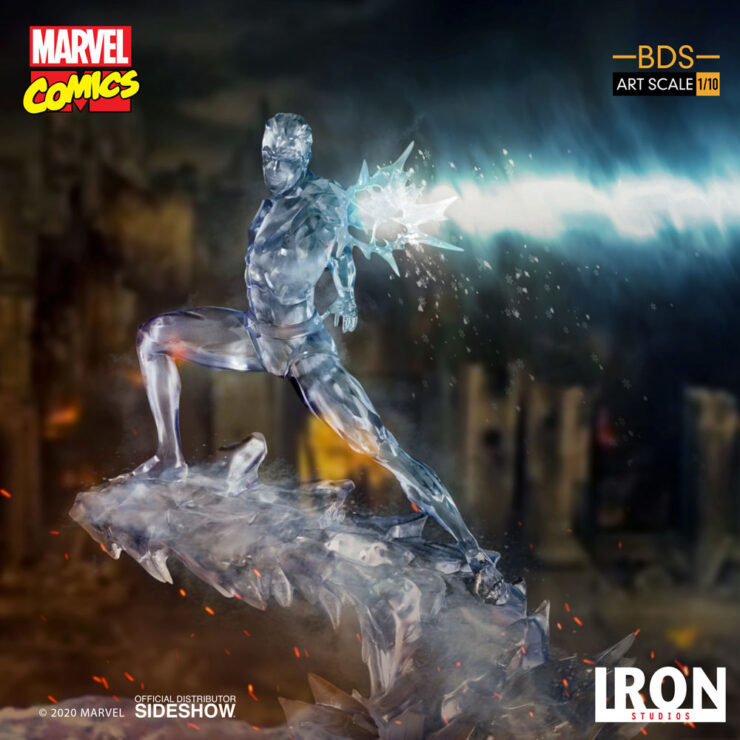 Ice is more than just protection from the weathering of age, it is the weather. Winter storms covering cities and blocking people into their homes, completely controlling the flow of day-to-day life, is an incredible reminder that ice (and snow) are powerful. And when characters have ice powers, they usually bring that power with them. It’s a force of nature so terrifying that it’s been immortalized alongside the Norse Gods.

It is said the Odin and Thor have fought against the Frost Giants for ages. And Thor’s half-brother Loki is quite literally a Frost Giant himself, though his powers often reflect another characteristic of ice. Icy characters are often slippery or tricky (ahem, Loki), just like the ice on the sidewalk. You always have to be careful with your footing around them.

In Disney Pixar’s The Incredibles, one of the most powerful heroes (besides Mr. Incredible himself) is his best friend, Frozone. Frozone, like many ice-powered characters, is able to create slick, icy platforms to skate on. He’s able to create these city-spanning architecturally sound iceways nearly instantaneously. He can use water reserves within him, and even pull the moisture from out of thin air. He fits the notoriously cool ice powered character type, and with Samuel L Jackson (Marvel‘s The Avengers, Secret Invasion) as his voice actor, he really couldn’t get cooler.

On the opposite end of the “cool” spectrum, we have the ever-dorky, always-quirky Ice King from Cartoon Network’s Adventure Time. His ice powers are derived from the technological crown atop his head, though it unfortunately also makes him a little bit “coo-coo crazy!” That said, with his powers alone, he was able to completely change the environment of a part of Oo. The icy mountains and endless snow are in no small part due to his icy influence. He is also able to create ice and snow almost instantaneously, just like Frozone. Though, also like Frozone, he can run out of power if he uses it too much.

Elsa, from Disney’s Frozen, is even more powerful than the last two. Her powers are so intuitive and so robust that even as a child she was able to create living beings made from snow. With the power of her heart and mind in unison, she has created beings from giant ice golems to the lovable and adorkable Olaf. Just like Ice King, she’s used her ice to terraform her surroundings, making castles and buildings of ice in mere moments. Unlike the Ice King, and more similar to Frozone, she was born with her powers, though her powers come from a longer history with nature spirits.

Maybe the most powerful character with ice powers in any universe is the X-Men member Iceman. He’s classified as an Omega Level Mutant, meaning that he is able to manipulate temperatures to absolute zero with ease, and potentially on a global scale, but likely, even further. There is no knowable limit to Iceman’s powers. He is even able to turn himself into a pure ice form, making himself durable and dangerous. Iceman is often careful with his power, because he is scared of his true power. He is able to spread his consciousness through ice and water across the globe, if he so chooses, but he has locked away his full potential.

But that brings us to the third reason that ice powers are so appealing. Is it the ice that gives these heroes (and villains) their power? Or is it that we as an audience feel the underutilized potential of ice control? 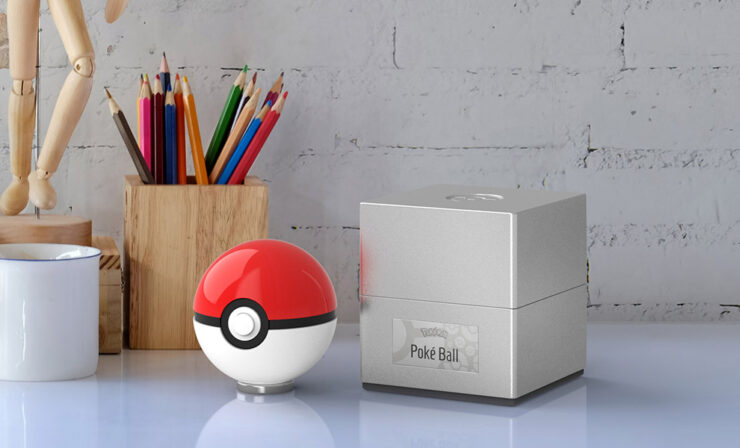 Every 100,000 years, the Earth is coated in an all-encompassing snowstorm. The Ice Age is a phase and a transition. Ice is a symbol for the potential of the future. Perhaps the ice is the potential.

For example, if you’re lucky enough to throw a Poké Ball and capture an Eevee, and expose that well-trained Pokemon to an Ice Stone, it transitions and transforms into a Glaceon. Glaceon is many peoples’ favorite Eevee Evolution, and even their favorite Pokemon!

While many Pokemon have ice powers, Glaceon’s design is somehow sweet, sparkly, and scary all at once. Glaceon is fierce and powerful in a deceptive way, and perhaps that plays into our perception of ice itself. We can see the legendary Pokemon Regice and know that it’s dangerous like ice, but when part of the power of ice is its slippery and deceptive nature, seeing something cute like Glaceon validates that perception.

And then there’s the other DC Comics villain in Batman‘s Rogue’s Gallery, Killer Frost. She has made a greater appearance in comics, animated films, and most notably, The CW’s The Flash. Over the span of many seasons, Caitlin Snow and her split personality Killer Frost have come to understand each other better, and Killer Frost has had quite a redemption arc.

It may be that one of the greatest appeals of icy characters is the hope that we can thaw their often cold hearts. Killer Frost is a perfect example of that potential good coming to light.

Ice is complete stasis, and yet, through ice, everything can change. It gives time, power, and potential to all who wield it. It’s an unpredictable force that can work for good, for evil, or for the unknowable will of nature itself.

Through it all, we connect to these ice-wielding characters because there is something in us all that is drawn to the elemental power and potential immortality of these characters’ stories.

Who is your favorite ice-powered character? Let us snow in the comments, and don’t forget to Let Your Geek Sideshow!