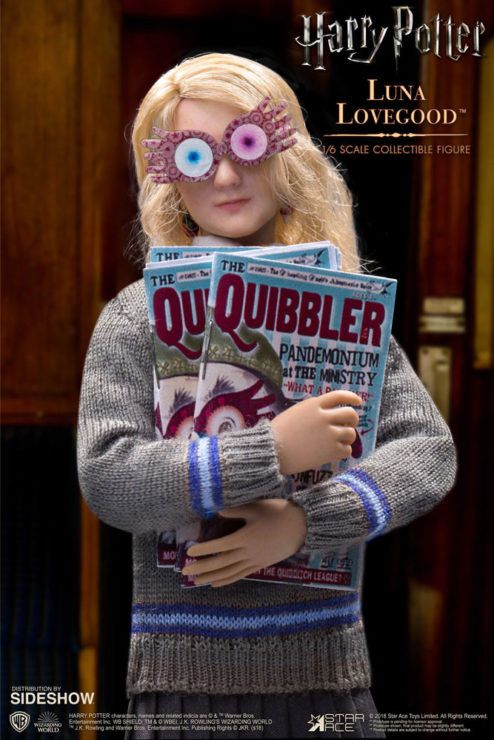 As seen through the numerous students who have walked the hallowed halls of this wizarding school throughout the Harry Potter franchise, each of these house traits can manifest very differently. Like wands, no two wizards are the same. Luna Lovegood, introduced in Harry Potter and the Order of the Phoenix, is one of the most famous examples of this.

Often called “Loony” by her classmates, this Ravenclaw personifies the true mindfulness and intelligence of her house, even if she’s less traditional than her peers. Simple book smarts may be enough for some students at Hogwarts, but the wisdom of Ravenclaws is a bit more complex, seeming odd to their classmates.

Because wit beyond measure is man’s greatest treasure, let’s take a look at some of the odd pearls of cleverness that Luna Lovegood has spoken throughout her time in the Harry Potter series.

“I’ve interrupted a deep thought, haven’t I? I can see it growing smaller in your eyes.”

Luna Lovegood is extremely perceptive. Although she is often seen in the films to have a particularly dreamy look on her face, she notices little things and is particularly empathetic to the feelings of her classmates. This is especially important as Harry Potter’s fifth year at Hogwarts is quite tumultuous considering the reinstatement of the Order of the Phoenix, the formation of Dumbledore’s Army, and the return of Voldemort and his supporters.

This quote reminds us that Luna is not as spacey as her detractors would believe. In fact, her perception is what makes her so wise in matters of interacting with her classmates and other magical creatures around her.

“I sleepwalk, you see. That’s why I wear shoes to bed.” 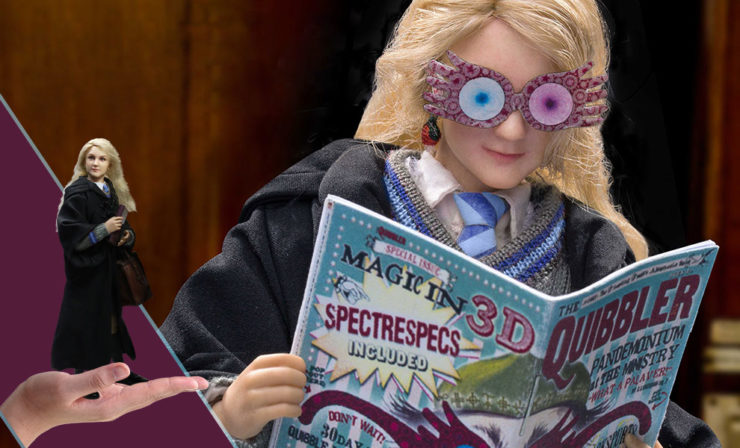 While her methods may seem unorthodox to most, this Luna quote is a good reminder that we should always be prepared. There are clever and creative solutions to any number of problems, and sometimes they require you to think outside of the box. Who would want to end up with cold toes on the stone floors of a castle like Hogwarts?

Open your mind and maybe Luna’s wisdom will help you solve your problems with unique solutions!

“My mum always said things we lose have a way of coming back to us in the end. If not always in the way we expect.”

Patience is a virtue embodied by this Luna Lovegood quote. It reminds us that life has a way of working things out in the end. Muggles may not be able to wave a wand to solve things, but even the most powerful wizards are subject to the whims of fate and the world around us.

Whether it’s something physical that you have lost or something less tangible, take comfort in Luna’s words and practice a little patience — things might not happen the way you expect, but everything will work out for you in time. (Barring that, a quick Accio spell might help speed the process.)

“All my shoes have mysteriously disappeared. I suspect the Nargles are behind it.”

Most people in the Wizarding World don’t believe that Nargles really exist. To most of her peers, this would appear to be a nonsensical explanation for some carelessness on Luna’s part in losing her shoes. However, Luna Lovegood firmly believes in the presence of Nargles, who are known to be notorious thieves.

Sometimes things have no rational explanation, but that doesn’t mean you can’t have a sense of whimsy about the world. And if your things go mysteriously missing, maybe it was a mischievous creature! (But remember, as her mum always says, things that are lost have a way of coming back.)

This wasn’t exactly a reassuring statement for Harry Potter to hear at first, as Luna confirmed the presence of the thestrals pulling the carriages to Hogwarts. However, it was Luna’s kind validation of his experiences — namely witnessing death — that allowed Harry to process some of his trauma experienced during his fourth and fifth years at Hogwarts.

This quote reminds us that many different people can see the world in many different ways, but there is strength in shared experience. Whether that experience is joy, grief, or anger, just because your perspective may differ from your neighbor’s, that does not mean you are any less sane than the rest. While many people choose to believe Luna is loony, she simply has a different, more open-minded perspective about the magical world around her.

“You can laugh! But people used to believe there were no such things as the Blibbering Humdinger or the Crumple-Horned Snorkack!” 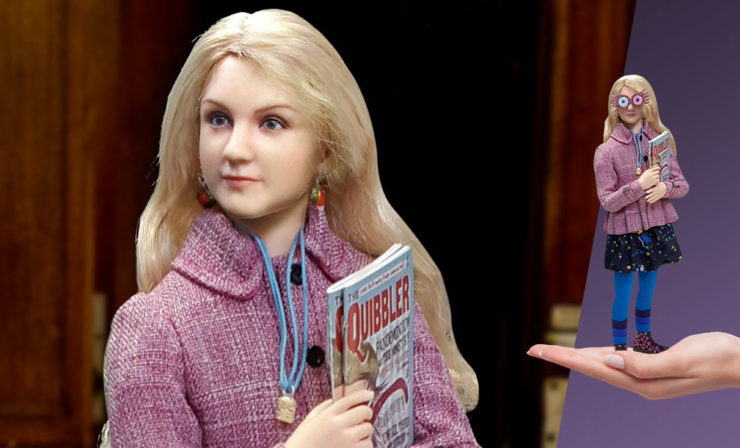 In a world of magic and wizards, is it really beyond the realm of imagination to believe anything is possible? Above all, Luna Lovegood captures the rare joy of not caring what anyone else thinks of her. She is resolute in her beliefs, having faith that just because others may laugh at her or call her crazy doesn’t mean she’s wrong.

And sometimes, the Wizarding World catches up. Things are always changing. There are new things to learn and discover. That knowledge, that growth — those are the values of a true Ravenclaw. Not always being the smartest or being “right” all the time, but being open to learn, grow, see the world in new ways, and above all, pay no mind to what others may think of you. The mind is better used for other things! (Like reading The Quibbler or daydreaming!)

If you’re looking to add the lighthearted Luna Lovegood to your Harry Potter collection, be sure to check out the Luna Lovegood mini backpack by Loungefly — perfect for storing the latest copy of The Quibbler, your Spectrespecs, and any other magical items you might need.

Accio Wizarding World collectibles! Show your house pride and enroll all of your favorite characters in your Hogwarts collection.

Take Over with the Darkseid Maquette Statue from Sideshow