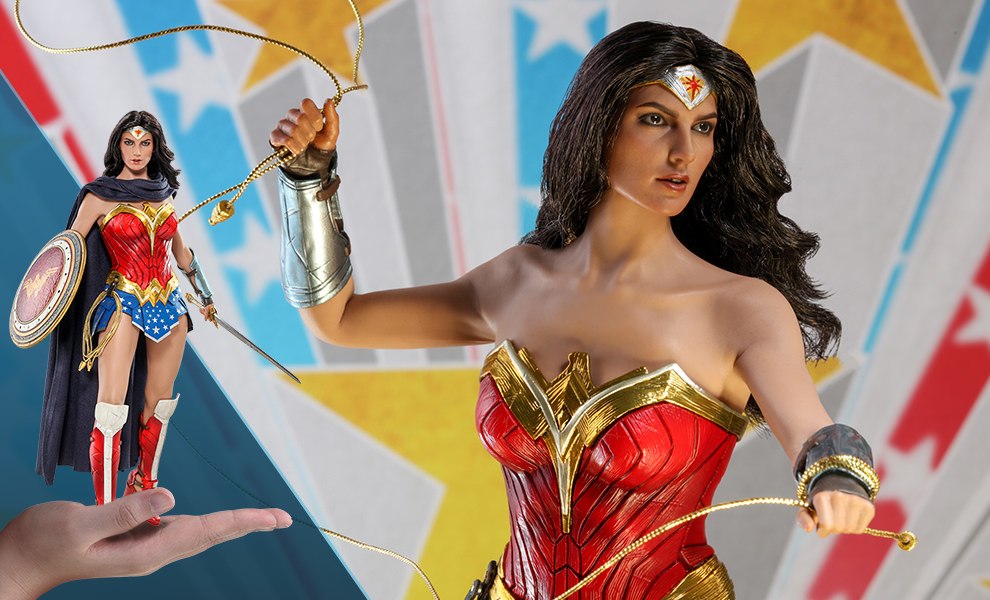 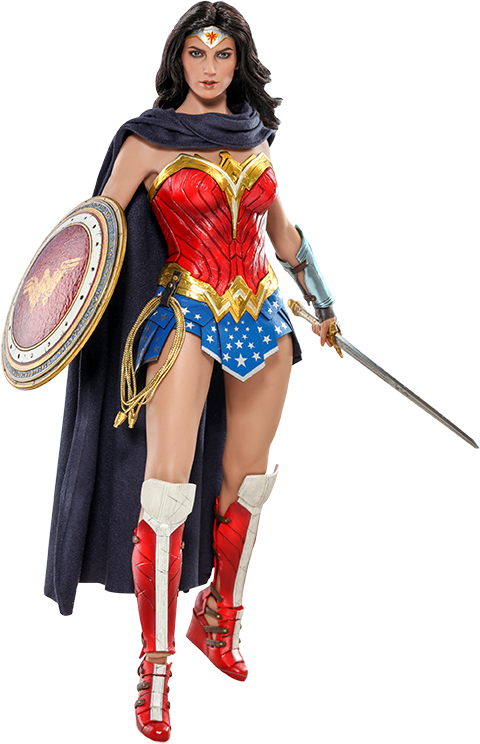 As a member of the world’s greatest super heroes, the legendary warrior princess is an Amazonian force to be reckoned with.

Beautifully crafted based on the appearance of Wonder Woman in Justice League, the figure features a head sculpt with real fabric hair and Wonder Woman’s signature tiara in silver, an amazingly detailed red and gold costume with silver stars and a navy blue scarf. Aside from the iconic battle suit, the figure also comes with a number of weapons and accessories including an engraved sword, a shield, a pair of Wonder Woman’s signature “Bracelets of Submissions” in silver, her “Lasso of Truth”, bullet sparkling effects attachable to the bracelets, and a specially designed hexagonal figure stand.

The Exclusive Wonder Woman Collectible Figure is surely an essential addition to any DC Comics collection!

Where to begin for starters I have all the incarnations of Wonder Woman that Hot Toys offers
The likeness of Gal Gadot is spot on and the colors in the costume are so vibrant that it really pops. I favor this comic book version over the standard version which I also own. At first I was a bit reluctant to take the plunge considering its basically the same figure outside of the color scheme and Cape but she just seemed to stand out that I took the plunge and I am glad I did. If you are a Wonder Woman fan this is a must own. Once again Hot Toys found a way to take my hard earned money.
I highly recommend this doll get her while you can !!!!

5
Joshua F.
Hot Toys Wonder Woman from the Collector Side!

This is a great figure!

A surprise anniversary gift from my amazing wife, I'm just in complete awe of this spectacular figure! I dig what Gal Gadot has brought to this iconic character and I'm in love with the comic concept color scheme. In a collection of 25+ 1/6 scale figures, this one pops and easily stands out above the rest. We're talking Top 5 here, folks! A beautiful work of art!

I bought the original BvS Wonder Woman, Superman, and Armored Batman figures to display together. But, even though I displayed her front and center ahead of her colleagues, I had always wished that the figure visually stood out more and, instead of blending in, stole the show like Gal Gadot's amazing on-screen portrayal did. This comic concept version was exactly what I had been waiting for and it looks stunning. Now the DCU Trilogy of Otherworldly Power, Human Determination, and Eternal Hope is complete.

Lael R.
A "Wonder" of a masterpiece
Verified Purchase

Second Wonder Woman piece purchased and I must say that this concept piece did not disappoint. From the detail, articulation, and accessories, this was worth the purchase. Amazing!!!

One of my favorite figures to date. The head sculpt is crafted well, articulation is limited however I couldn’t see myself placing her in any dynamic positions. The detail and paint application is amazing. Hot Toys have well yet again.

The likeness to Gal is amazing. The bright and vivid colors in the costume are so out of the norm for Wonder Woman except for the Comics. The accessories are great and I love that there is a Lasso that can be used in posing. This a 1/6 that I would recommend to any true WW collectors and all 1/6 scale collectors. 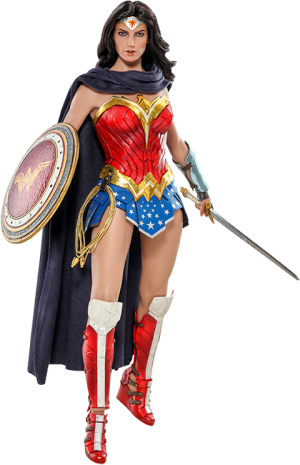