Dust off your controllers, because today we’re taking a look at ten terrifyingly awesome enemies encountered in some of our favorite video game franchises.  These horrifying enemies are downright freaky and a fun challenge for gamers looking for a good scare while they traverse the virtual world.

In no particular order, check out our top 10 picks! 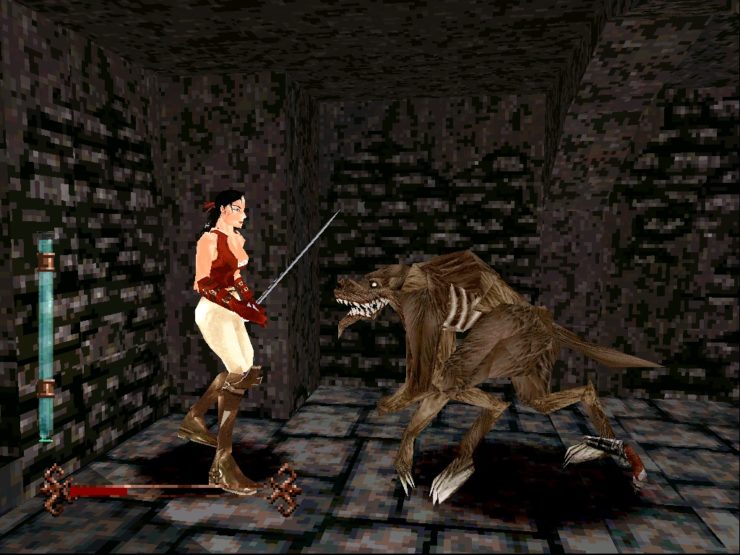 In 1997, Kalisto Entertainment released a title that can still horrify gamers 22 years later – Nightmare Creatures. The player gets to portray either a priest or a gymnast, fighting through a horde of evil monsters created by an even more evil cult. These creatures are actually humans transfigured into beasts, and they’re freaky as hell.

Some parts of the game seem sort of silly, but to those who have actually played it, these monsters are forever etched into their nightmares. Featuring lumbering zombies, intimidating werewolves (probably the coolest monsters in the game), and deformed knockoffs of the Hulk, this game featured an excessive amount of gore which, though bested by the games of today, still seems over-the-top and stomach-turning. 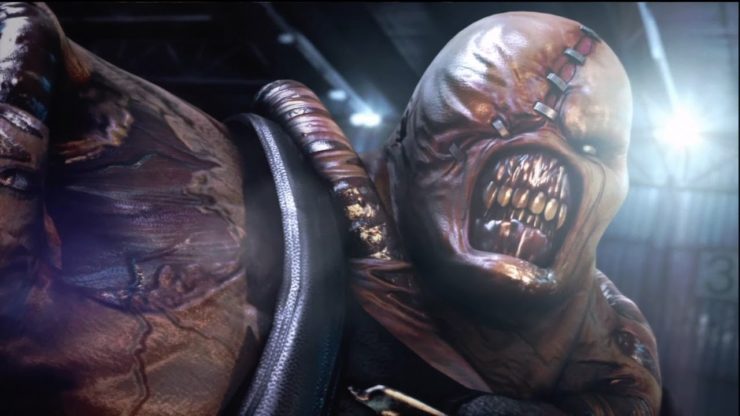 The Resident Evil games have always had some well-designed beasts, including zombies and animals mutated by the T-virus. But the most memorable of these monsters has to be Nemesis.

First introduced in 1999’s Resident Evil 3: Nemesis, the character is one of the bio-weapons created by the Umbrella Corporation. Aside from a widespread zombie apocalypse, this company created loads of “super beings” that were horrifying but mindless. They fixed that little oversight by infecting one of their Titan super beings with a Nemesis parasite, making it more intelligent than its fellow monsters.

Using a rocket launcher or a gun, Nemesis never stops pursuing his target, and he can mutate into other forms that attack the player with grotesque tentacles. Aside from its unrelenting attacks and constant regeneration, its design is what stays in our heads long after we put down the controller. Its mutated attributes, such as sharp teeth and mutilated skin, aren’t really unique but they are certainly well-executed. 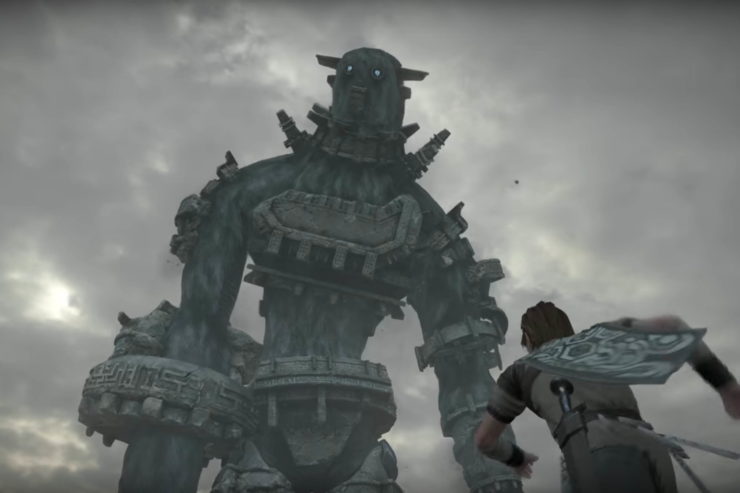 These beings are one of the most important elements of the beautifully constructed game, Shadow of the Colossus. Basically giant rock golems fused with living tissue, each one of them is unique, and the player actually feels like they are trapped in some sort of mythical kaiju movie.

To defeat the giants, your character, Wander, must use the sunlight reflected from his sword to find the vulnerable points on the Colossi bodies.

Spoiler alert: These monsters actually contain the essence of an evil being known as Dormin. Every time a Colossus is killed, a piece of this essence goes back into Dormin’s spirit, so the player is unknowingly resurrecting an evil presence in his attempt to resurrect a maiden known as Mono. Dormin will possess your character at the end. Enjoy. 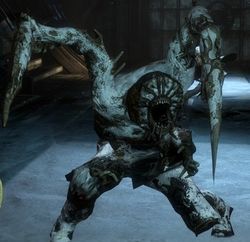 The Dead Space franchise has a perfect title. Sort of like an Alien/Doom hybrid, you make your way through space while hordes of dead flesh seek your destruction.

The main antagonists, Necromorphs, are obviously a riff on the famous Xenomorph, but they are well-designed and manage to honor the decades of sci-fi that came before without ripping it off.

These creatures are basically space zombies, necrotized tissue reanimated by an alien virus. Objects in the game called Markers send out a signal capable of reanimating dead flesh. The resurrected cells become a virus with the potential to spread across all life in the universe.

These walking corpses look totally disgusting, making a grotesque mockery of the human body. They are also very difficult to kill, and one of the only methods that usually works is to completely dismember them. 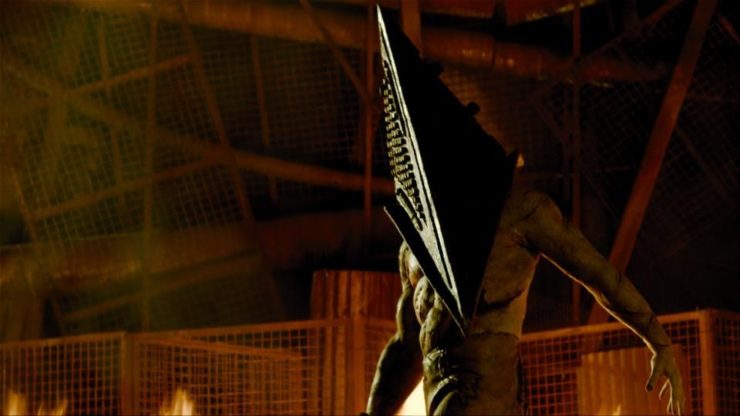 Almost anything from the Silent Hill franchise could have made this list, but Pyramid Head is just iconic.

Making his debut in Silent Hill 2 as a living metaphor for the protagonist’s guilt, he’s a towering opponent whose face is covered by a massive metal pyramid. Brandishing a ridiculously long blade, his appearances in gaming or even in film are sure to send shivers down the spine.

Like his fellow Silent Hill residents, Pyramid Head can be seen as a physical representation of the fears and evils inherent within human monsters. 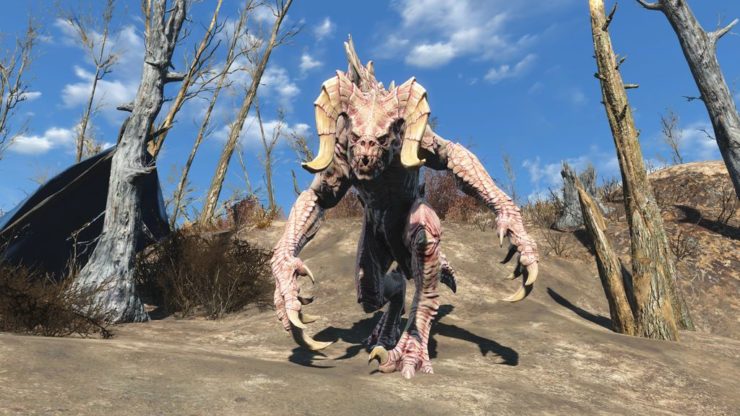 Fallout‘s Deathclaws are simply mutant chameleons, but they are deadly and quite frightening to look at. Despite being mutated animals, they look like something out of Diablo, and their 12-inch claws are fatal more often than not.

Even worse, they travel in packs, so players can’t be too careful while navigating their post-apocalyptic surroundings. 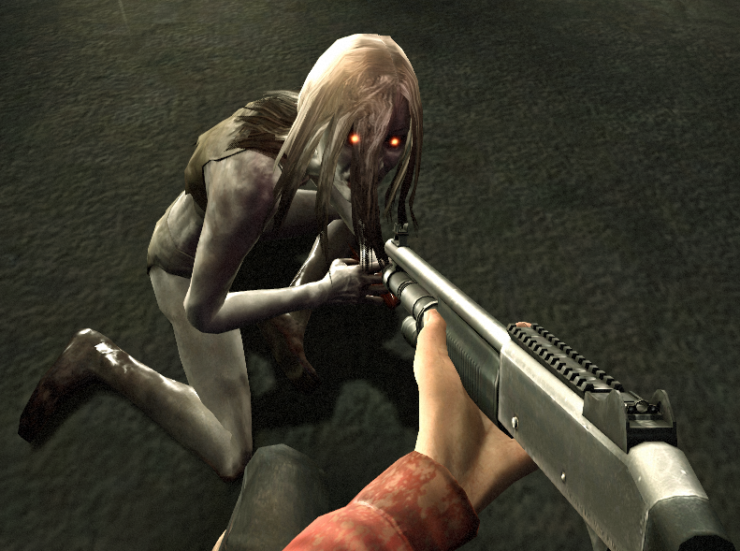 The Left 4 Dead games put an emphasis on simplicity. Zombie apocalypse, a few different types of enemies—that’s basically it, and the enemies are all pretty straightforward. The zombie horde is made up of regular infected humans, while a select few others, such as the Tank, are severely mutated.

While nothing in the game really makes sense (do all men wearing hoods turn into Hunters?), it doesn’t have to, because it’s fun and it’s scary.

The most terrifying parts are arguably the Witch moments. You as the player will attempt to get to the next area, only to have a Witch blocking your path. As she rocks back and forth while sobbing, you must turn off your flashlight and avoid her at all costs. Though she can be killed, the short fight will always drain your health, and she’ll straight up kill you on harder difficulties. 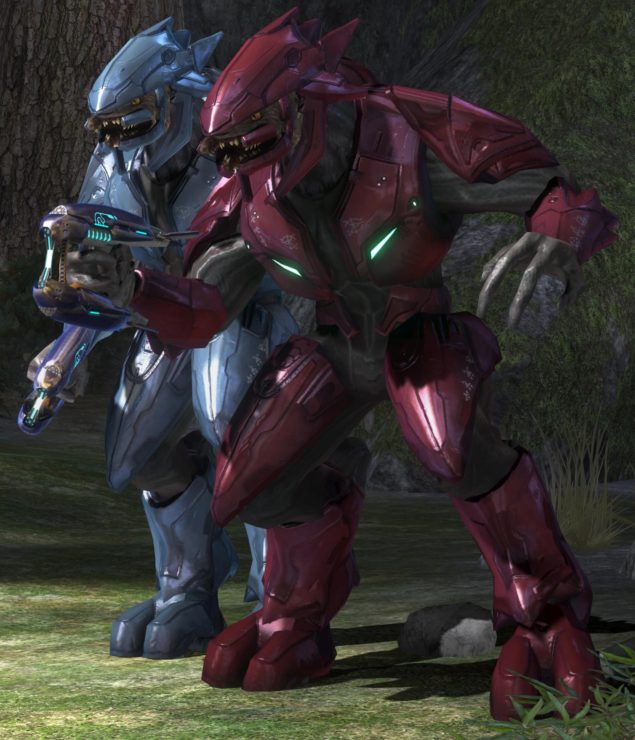 Also called Sangheili, the Covenant Elite are a group of aliens from the Halo franchise. They are part of the Covenant, a religiously motivated alliance of species bent on the destruction of mankind.

The Elites are some of the toughest of them all, with rechargeable shields and a number of weapons, including energy swords. Their faces remind one of Predator, while their bodies are dinosaur-like. They are very difficult to defeat, but they do eventually end up siding with humanity against the rest of the Covenant.

Everything in Gears of War 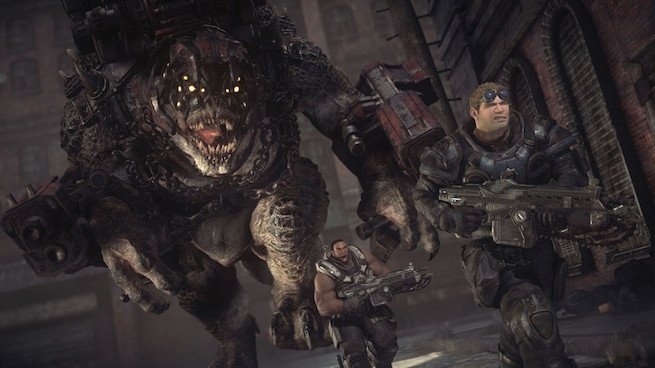 All of the monsters in the Gears of War franchise are terrifying, disgusting, and just all-around cool. Whether it’s the spider-like Corpsers and Reavers, gigantic Brumaks, or the Snatcher of Gears 4, the onslaught of these enemies seems to last forever (and maybe it will—they keep making more games, and we’re all thankful for it).

The origins for these monsters is a bit clouded, but we do know that some of the humanoid ones came from underground on the planet Sera. It’s theorized that the main group for the first three games, the Locust Horde, used to be humans before becoming infected by Imulsion, a parasitic fluid that people had been using as an energy source. Some people had children while infected, and these children eventually became the Horde, living in a vast underground world called the Hollow. The Locust then created their own monsters and animals. However, some of the beasts, such as Corpsers, evolved naturally in the Hollow. Imulsion continued to mutate other life forms into the Lambent.

Gears 4 saw the introduction of the Swarm, an evolved form of the Horde with an even greater thirst for violence. 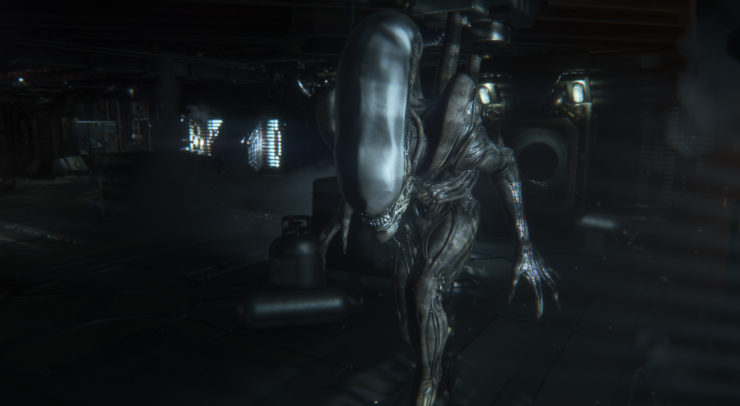 H.R. Giger’s Xenomorph creation has always been scary, whether it was through movies or comic books, or whether it just happened to show up in someone’s Freudian nightmares. But for filling a person with dread, the video game xenos take the cake.

The monsters had been in arcade/pinball machines for a few years, but they truly became terrifying with the improved graphics and pacing of Playstation’s Alien Trilogy. Since then, they’ve been in a lot of games, sometimes just for target practice (Aliens: Colonial Marines) and other times for impressive visuals and movement (Aliens vs. Predator 2010).

However, it was Alien: Isolation that broke the mold. Featuring some of the most convincing AI in gaming history, the Alien stalks you aboard the Sevastopol space station, and there’s literally nothing you can do to kill it. Sure, you can chase it away with a flamethrower, but the fact that it’s programmed to show up randomly and actively hunt you like it’s a real animal make it difficult to avoid for all but the most experienced of gamers.

As for the graphics and plot? Sigourney Weaver would be proud—and actually, it’s safe to say that she is, for she lent her voice to the game along with several other actors from the original film.

What’s your favorite video game monster? Sound off in the comments, and Let Your Geek Sideshow!