And just like that WandaVision is over. The Disney+ series came and went as quickly as its first episode, “Filmed Before a Live Studio Audience”. But the short run times don’t mean the series wasn’t without plenty of major OMG moments. 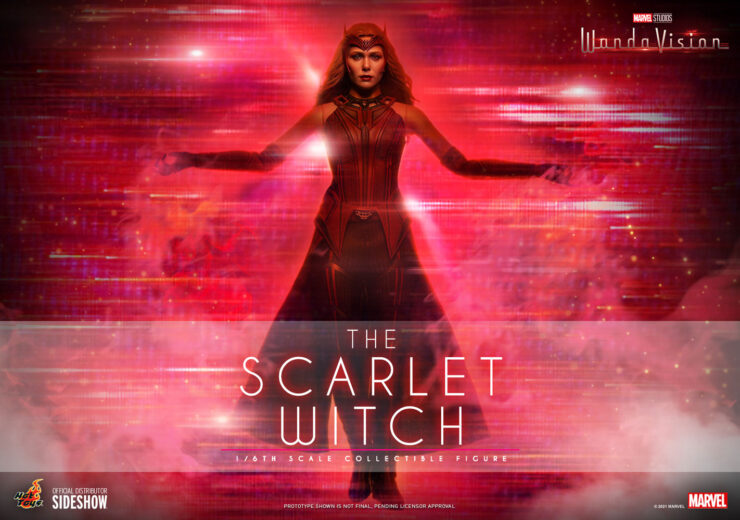 There were countless times Marvel pulled stunts no one had expected and left everyone utterly shocked, confused, and thrilled. Overall highlights of WandaVision include Agatha Harkness’s reveal (and infectious song), Monica Rambeau’s origin story, and Quicksilver’s return (more on this later)—but you know what had else had even bigger reveals? Bigger high and low moments? “The Series Finale” did.

Let’s get straight into it and talk about all those WandaVision finale moments that are we can’t get over. For the better or wore, here are the top 5 jaw-dropping moments we’re still wrapping our heads around.

There was a time not too long ago (a week to be precise) when Evan Peter’s guest starring role made X-Men fans squeal in delight. It was finally a mutant’s turn to play in the MCU. It had to be. There was no way Marvel would cast Peters, Fox’s well-loved Quicksilver, as anyone but that character. Right? Unfortunately, the first jaw-dropping moment on our list is a bit of a letdown.

The WandaVision finale finally put X-Men multiverse theories to rest when it was revealed that their version of “Pietro Maximoff” was neither Wanda’s brother from the same mother nor brother from another . . . universe.

The character wasn’t even Nightmare, an evil entity and potential henchman to Mephisto, which was another popular fan theory. In the end, the true identity of Peter’s character was much simpler: he played Ralph Bohner, a Westview resident under Agatha’s control. Agatha used her knowledge of Wanda’s sibling to fool her (and fans) for a short while.

Where Did the Real Vision Go?

The penultimate episode of  WandaVision ended with a major revelation: S.W.O.R.D. was still in possession of the Vision’s physical body and had managed to bring him back online. A final showdown between White Vision and the Vision in Westview was all but inevitable. 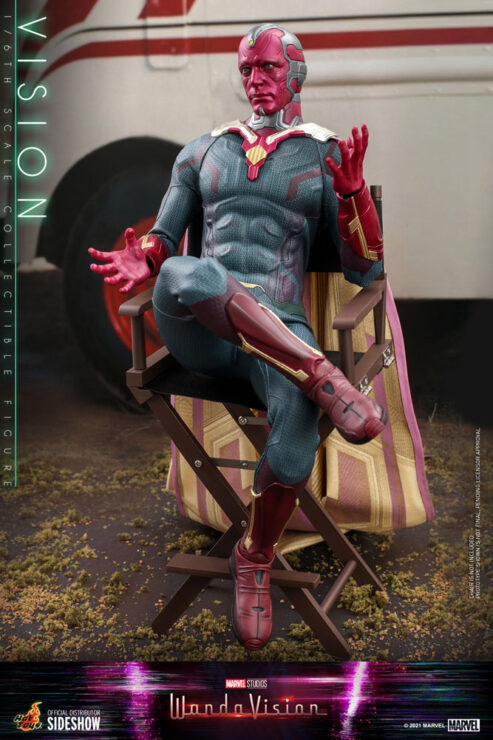 The finale did not disappoint. Both synthezoids were evenly matched, mirroring, blocking, and dematerializing at the exact right times. It could have easily gone down as one of Marvel’s most epic fights, but the focus wasn’t on the physicality of the match. It was a mental match. One that ended in “Hex Vision” convincing White Vision that if either one of them was the true android, it was White Vision (phew! Two Visions is too many).

This is a major revelation for the S.W.O.R.D. weapon itself and for audiences. Fans had been wondering this since finding out Hayward had kept Wanda’s boyfriend’s body all along. Wouldn’t the real Vision be the one in the original body? This, in addition to the memories implanted by main Vision, would mean that—theoretically—White Vision is the original android, the one that Thanos killed in Infinity War.

This would ease the gut-wrenching pain from watching Vision die for the third time. Viewers could feel slightly better watching Wanda lose her love one more time because the real man she loved was still out there . . . except White Vision was nowhere to be seen after the battle’s resolution. Where the heck did he go?

Fan theories don’t materialize out of thin air. They’re based on facts and clues. Like the very clues Elizabeth Olson and Paul Bettany gave fans regarding one very *big* cameo. Olson herself said the finale would have a cameo that matched (Star Wars™ spoiler alert!) the Luke Skywalker reappearance in The Mandalorian™. While Bettany said, “There is one character that has not been revealed, and it is very exciting. It’s an actor that I’ve longed to work with all of my life, and we have some amazing scenes together, and the chemistry between us is, I think, extraordinary.” 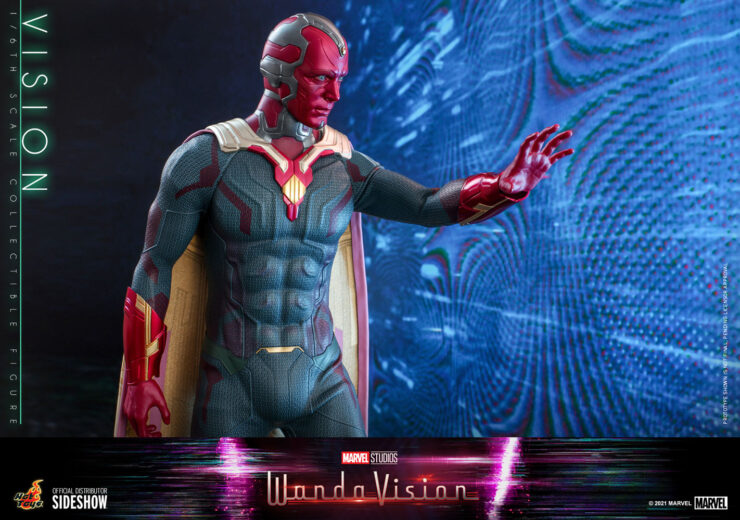 WandaVision is over . . . so where was that cameo?

It turns out that the Luke Skywalker-type cameo and person Bettany wanted to work with most was Bettany himself. It was White Vision. This was Ralph Bohner level disappointment; a moment that did leave many in shock from dissatisfaction.

No one expected WandaVision to serve as Monica Rambeau’s origin story, but it did. And it was spectacular. “The Series Finale” didn’t give a starring role to Monica (a.k.a. future superhero Spectrum), but the tiny mid-credit scene did give enough to hint at what’s to come—and it’s big.

Skrulls are coming back! The mid-credit revealed an FBI agent was actually a Skrull and had intergalactic plans for Monica. The agent/alien told her that she’s “an old friend of your mother’s” and that someone in space wanted like to meet her.

This can only be Nick Fury (whose most recent MCU appearance was also a Skrull fakeout) or Talos. Either way, it looks like the perfect teaser for Captain Marvel 2 and the upcoming Secret Invasion series.

From the get-go, Marvel has said WandaVision would help setup Doctor Strange 2. It’s one of the reasons many suspected Strange’s cameo and the introduction of the multiverse on the show. The series didn’t fully deliver on the former, but maybe it did—in a way—introduce the multiverse. In one brief instance that is:

The last shot of the series shows the Scarlet Witch studying the Darkhold (also called “Book of the Damned”) in astral form. She looks eerily similar to Stephen Strange who has multitasked in this form, too.

But, unlike Wanda, Strange never studied dark magic. This scene is important as it is Marvel’s way of implying that Scarlet Witch is already as powerful as Doctor Strange and probably not as morally good as the Sorcerer Supreme. 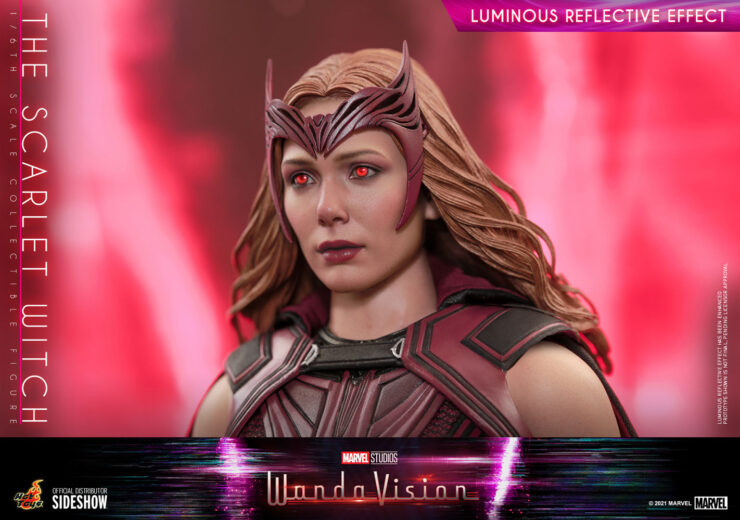 The series ends with the disembodied voices of Wanda’s sons calling out for help, drawing her attention. But before she acts, the footage ends.

What will Wanda do to save her sons? Open the multiverse despite its implications? If so, Doctor Strange will most likely try to stop Wanda from getting what she wants. Poor Strange. It will be anything but an easy fight, if so- but we’ll just have to see what really happens next when Multiverse of Madness hits our screens!

What did you think of the WandaVision finale? Let Your Geek Sideshow and let us know in the comments!